Why can ellipses be used to find squares in perspective drawing?

In Scott Robertson's How to Draw book he proposes a method for finding proportional squares using ellipses: 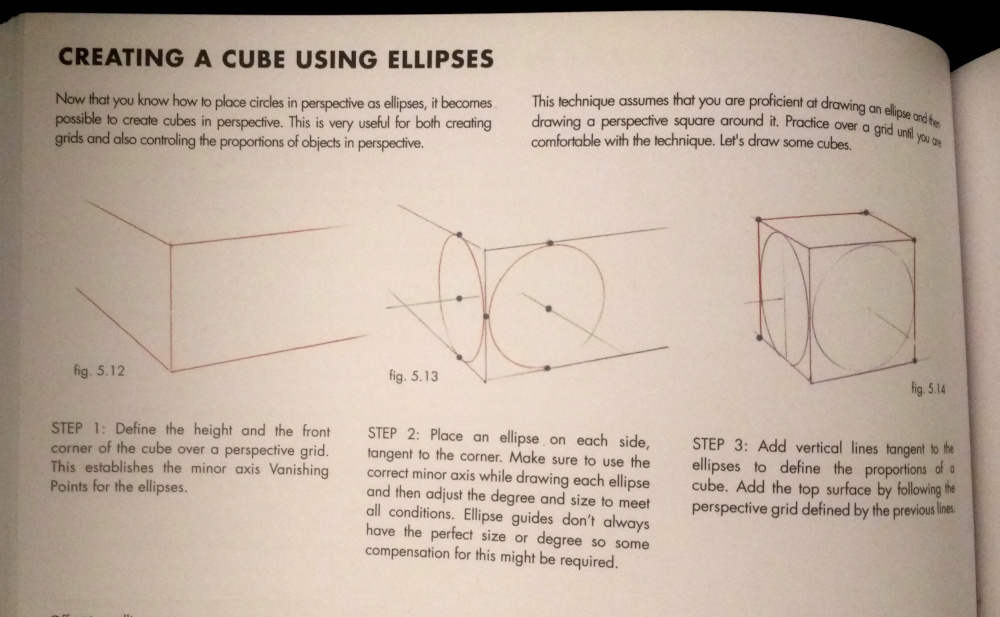 Through experimentation I have found this to be true though. Below are two perfect cubes in a 3D modelling program, and when overlaying the ellipse tool over both of them the only way to get the ellipse to fit in the way described by Scott ends up with the ellipse fitting perfectly on the face of one of the cubes. 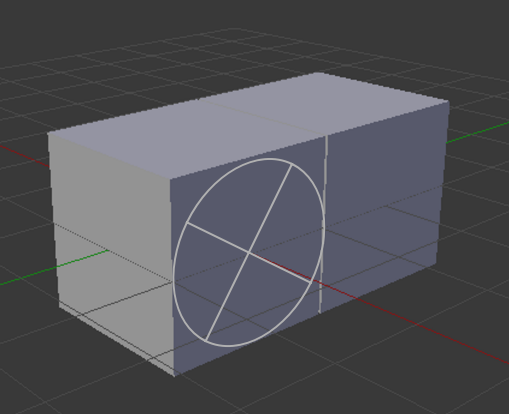 However, I have also found one edge case where this isn't true. When the ellipse minor axis is parallel to the horizon line any sized ellipse fits within the rules of what should create a perfect square.

By Scott's rules this is a perfect square: 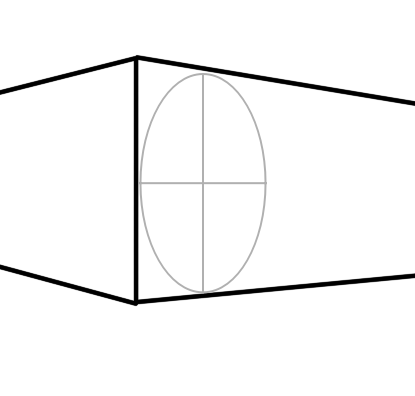 And yet so is this: 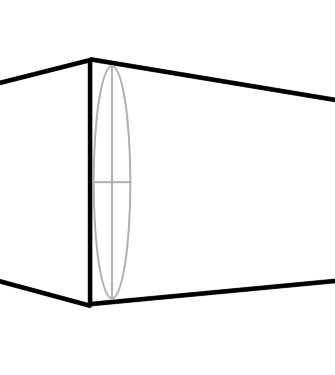 So since this rule does indeed hold true in some cases, but not in all, my questions are:

1) What is the reasoning behind this rule? How does drawing an ellipse in this way result in a perfect circle?

2) When can this rule be applied, and when does it break down?

You're right that three tangent lines don't uniquely determine an ellipse. Given the minor axis as well, though, we have enough information. The point of Scott Robertson's method is to assume that the ellipse in question corresponds to a circle, and that the object is close to the centre of vision. Under those assumptions, the minor axis will effectively lie along the normal to the plane of the circle and passing through its centre. Thus, given three lines through a perspective square as well as its orientation, we can inscribe an ellipse to get a good sense of where to put the fourth side.

There are a couple of problems with Robertson's technique. For one, it falls apart if your object is not near the centre of vision. (He presents his technique as though it were universally true, but it is really only an approximation.) Consider the following cubes, for example: 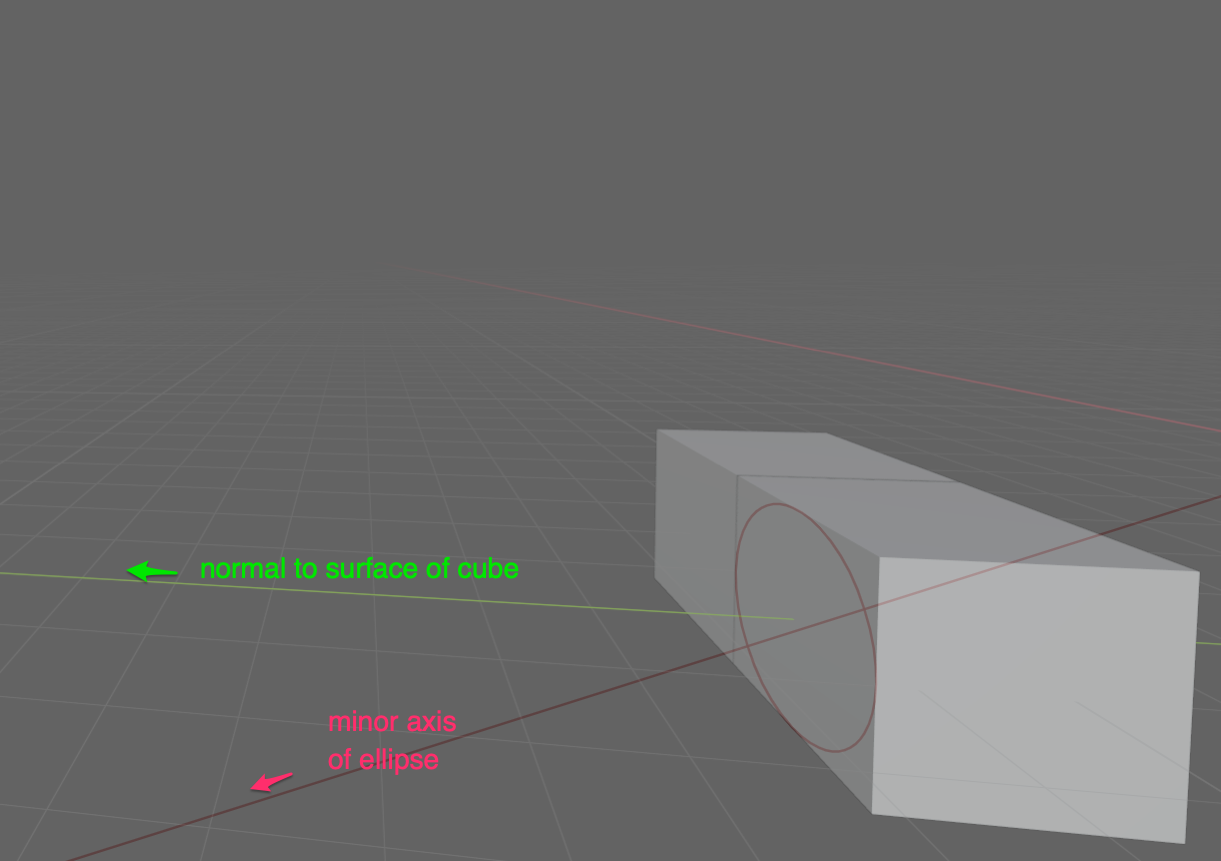 Since the cubes are distorted by the extreme perspective, Robertson's method would lead to a wildly incorrect drawing. The surface normal is not even close to the minor axis of the ellipse.

Another problem is the issue you raise where the minor axis lies along the horizon. In this case, it isn't that Robertson's method is wrong so much as insufficient. Consider the following cube: 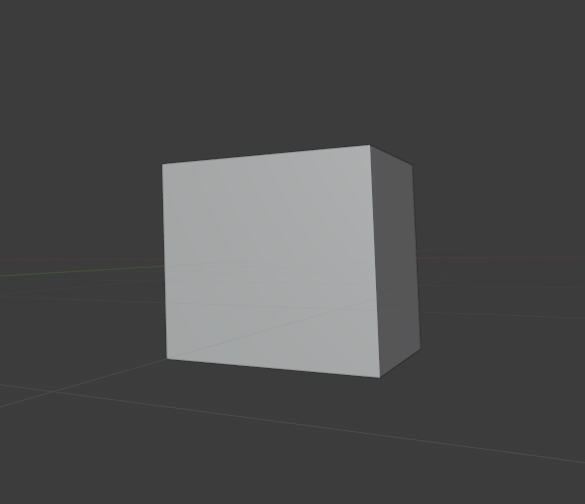 Ellipses inscribed on the two visible faces would have the same minor axis (namely, along the horizon), yet their degrees would obviously be very different. So you are right when you say "By Scott's rules this is a perfect square [...] and yet so is this." We essentially already need to know where the fourth side is (which we could judge from intuition based on the angle, or measure more accurately another way), which, of course, renders the ellipse method pointless.

In short, take Robertson's techniques as approximations that are useful in some, but not all, situations, and careful not to believe everything he claims.

You interpret terms "vertically aligned" and "midpoint" wrongly. They shouldn't be thought in terms of your drawing but in the imaginary view where a side and circle inside are straight on the face of the observer.

Here's one side of the grid corner. Vanishing point V and points A and B are selected for good looks only. AB is one edge of a cube. AV and BV are the directions of 2 more edges. But placing the 4th edge GH can be made with an ellipse.

One must place the ellipse so that it has tangents AB, AV and BV. Only one ellipse will fit, there's no other choices. You have placed totally different ellipses, the 3 x tangency rule isn't respected at all.

The horizontal diagonal of the straight on the face circle is mapped onto a line which is between the tangency point C and V. C is the half height point on AB.

The half height point at GH is the crossing F. The tangent at F is the missing GH.

The main axes of the ellipse generally are NOT the perspective images of the horizontal and vertical diagonals of the straight on the face circle.

ADD: Finding G and H doesn't need drawing a tangent through F. As well one can draw lines from A and B to the crossing J. Extending those lines to cross AV and BV gives G and H

The ellipse is still needed because J is the crossing of CV and DE. Without the ellipse you do not have C,D nor E.

Not the answer you're looking for? Browse other questions tagged 3d drawing perspective or ask your own question.