Do shadows of an object have a color?

In the following image, I placed the box manually. Created the shadow and reflection. 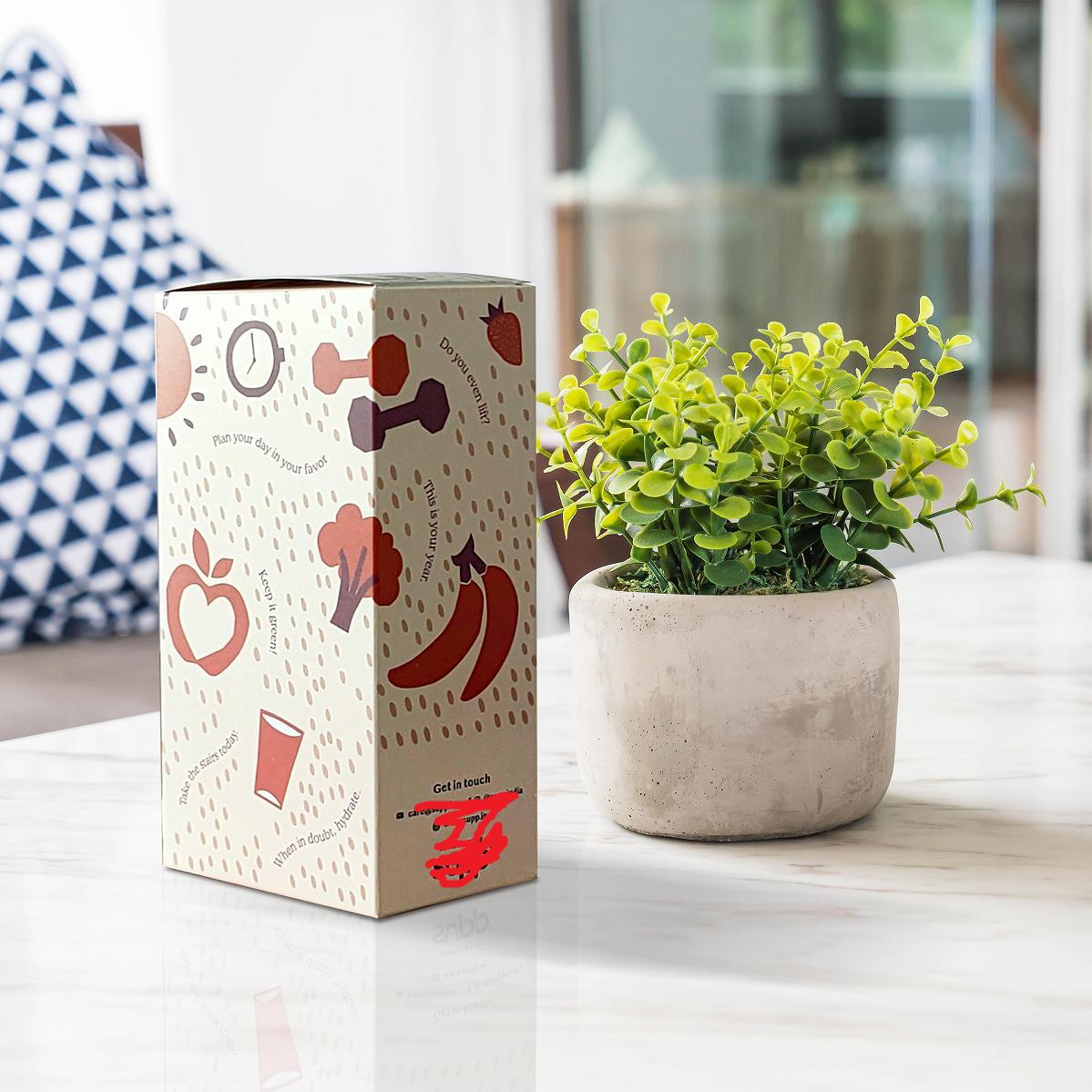 Now, what seems a little odd is the colors of the shadows of the box and plant pot are different. Plant pot's shadow has a saturation in it, that is it is colorful, but the box's shadow color is grey. Maybe that's why it doesn't look very realistic.

Whether it looks realistic or not, the question is: Should the shadow have also some color in it in this example? If yes, why would a shadow have a color in it, they are mean't to be black/grey?

Every "color" has color, even black. But to be more precise we could refer as hue when the color is not completely unsaturated.

Yes, it can, because in the case of the plant, it has more than one light source, so the light behind the vase has a warm tone on it. You can also note the warm tone of the "shadow" part of the vase.

On the rest of the table is not noticeable because the dominant light on the left is "whiter".

When you block this whiter light with your object, the dominant light is this secondary one, so it's tone is what is making the shadow tinted.

A few quick thoughts from an architectural and technical illustrator and renderer on shadows & shadow colours:

Shadow colour is complex, and is driven by a number of factors: local tone of the object onto which the shadow is being cast, the colours of the various direct light sources in the space, and the incident or bounced light colour contributions from nearby surfaces.

First - the colour and tone of the object onto which the shadow is cast matters most, as does the sub-surface scattering it may have (think of a wax candle for a quick example of sub-surface scattering) - as it does in this case: the marble countertop passes a small amount of light inside itself which re-exits with a tint based on the qualities of the marble. Other local surface considerations are to do with texture - roughness, fuzziness, glossiness, metallic-ness - you get the idea.

Second - the colour or tone of other nearby direct light sources (if there are three main lights in a scene, there are three sets of shadows, and where those intersect you see additive shadow colouring) matters a lot as well, and can profoundly influence your illustration.

Third - the qualities of the light source itself matter - does the light carry a hue, how far away is the light source and thus how hard or soft the shadow (how distinctly visible is the umbra?) and at what relative angle compared to items in the scene? You must carefully match any extant shadows by understanding the primary light and shadow source in detail.

Last - and most crucially to get right when trying for photo-realism (as when compositing, for example) consider colour contributions from incident light - the light being bounced from nearby surfaces which in aggregate we call "global illumination" or "ambient light"... so for example, if a surface is bright red, the nearby surfaces will be tinted red, as will shadows on them, as the surface bounces light to those nearby surfaces.

So all these things being considered, I see:

If you want more details on umbra and shadow-casting, look at this previous question & answer:

How would I draw a shadow from a spherical object onto a non-flat surface?

After a brief exchange in comments, I thought I should add this:

The use of multiply blend mode can help bring a shadow's hue in line because the black with transparency of the shadow doesn't over-ride the underlying hue of the surface being cast upon - this doesn't at all help with bringing in local surface tone from the object casting the shadow - for that you need to manually add some kind of colour cast yourself - see below. 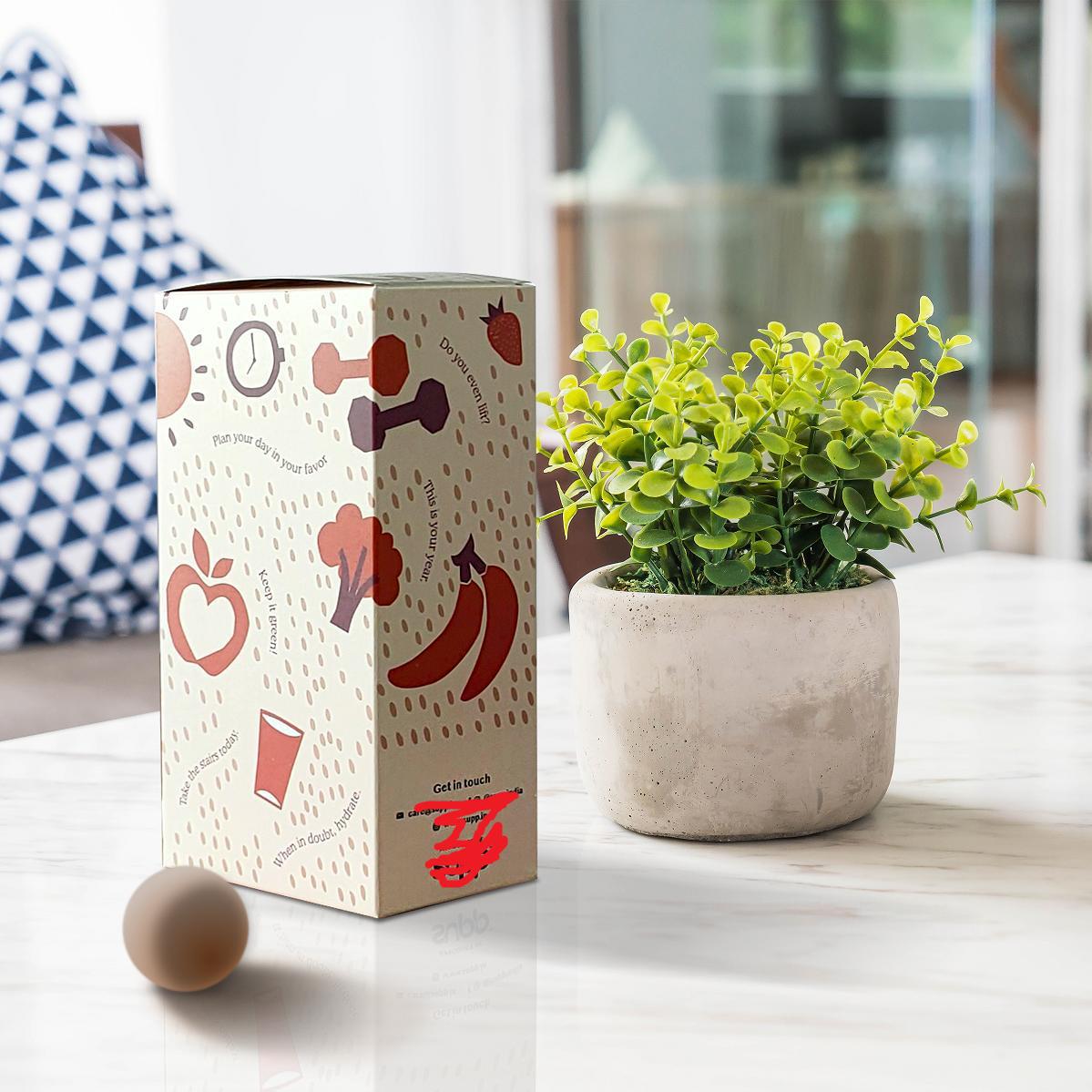 This was a less than five minute exercise in Affinity Designer in which I have added in total two ellipses and three freeform curves: the sphere ellipse and the elliptical ambient occlusion shadow directly beneath it, the longer cast shadow, the on-sphere shadow and the colour-cast area are all free-form paths. The colour cast path is set to "Hue" and has an elliptical gradient fill taking the two primary tones of the sphere, has a gaussian blur and a transparency fade; the shadows are all straight black, with gaussian blur, transparency fades and are set to multiply.

This is not intended as an exemplar of good rendering - merely to address the specific shadow colour question!

The shadow should not be plain gray, but should instead take the shade of its surrounding area. That's because of color temperature in the image, which in strong sunlight can take a slight yellow tint. Then during processing, like importing via Camera Raw, you can further manipulate the tint in a photo, which affects everything, including shadows. Then, there's different ways to further adjust the color tint in a photo (see below).

In your case, try setting the shadow as a separate layer and 'Multiply' blending mode, then play with the opacity value. 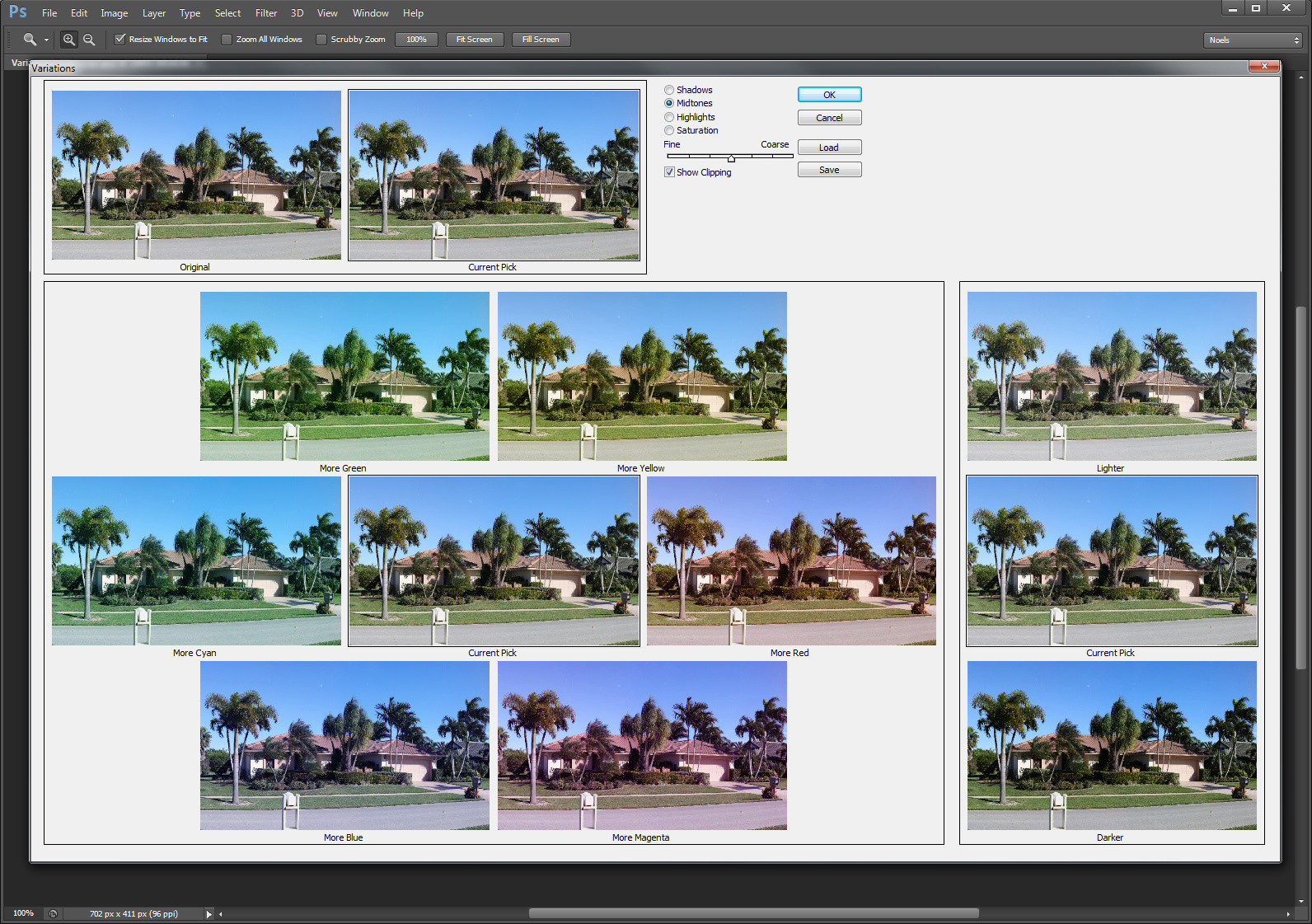 Not the answer you're looking for? Browse other questions tagged adobe-photoshop color photo-editing design-principles shadows or ask your own question.

11
How would I draw a shadow from a spherical object onto a non-flat surface?
3
How do you find right plane/perspective to place a product on a photo?

20
How to make a color appear the same on different backgrounds?
10
Color Theory: Is there a measurement of "colorfulness"?
1
Color values change between Illustrator and InDesign
2
Transfer the shadow of an object on white paper to ruled paper
10
How to flip Brightness and preserve color in Photoshop?
0
Does not feel right? RBG to CMYK the process
1
Shadow inconsistent in Material Design Guide
21
Why is the design of haulage companies so “special”?
1
How to recreate this photo look