Does anyone know how to get polygon points like in the first snippet?

This is a work-around that works for simple shapes, and my test was specifically with a pentagon as implied with the question data.

There is an extension for Inkscape known as "Inkscape to OpenSCAD" which takes the design created in the edit window and converts it to multiple paths (if more than one shape) in OpenSCAD format. There are earlier and later versions of the same code on Thingiverse, but version 7 changed in some way to make it unsuitable to me, but I can't recall why.

The test I created for this answer resulted in a six point array with an arbitrary 1 mm extrusion figure, which can be ignored for your objective.

A randomly placed pentagon resulted in a small file, the primary line containing:

If care had been taken with the placement and size of the pentagon, one can expect numbers resembling integers rather than this scattered array, but the results are consistent with the objective.

The removal of the duplicated last element of the array did not change the appearance of the extruded polygon. 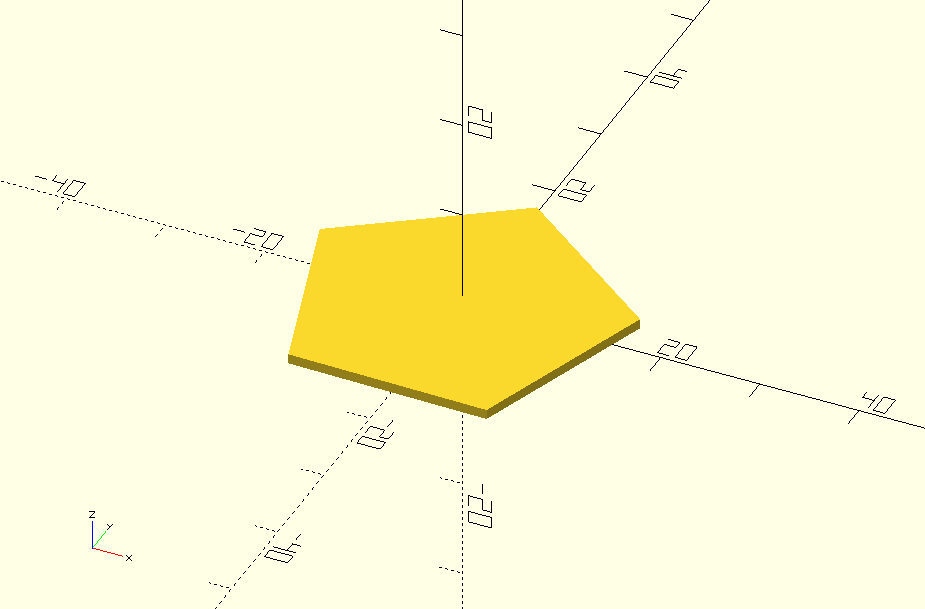 2
Inkscape division action seems to shorten lines
7
Is it worth learning the SVG path attribute, or should I use a tool for drawing?
1
Edit Multiple Freehand Stroke Widths at Once in Inkscape
6
Paths to Polygon SVG primitive
1
Inkscape: make path more edgy
2
Is there any way to convert a closed path into a polygon in Inkscape?
0
How can I combine and fill these lines In Sketch?
2
Inkscape causing tool paths to be doubled/duplicated
1
Inkscape multi-closed-region multi-lined path
0
Trouble manipulating path ends in Photoshop