How to make something generative / procedural like this? Slint Spiderland Art / FutureNeue

Pretty new here, but have had stackexchange pop up enough on Google to know that this is probably the right place to ask this.

I've long been intimidated by anything procedural / generative, but have also admired a lot of it. Especially the kinetic stuff nowadays. Anyways - I've loved this Slint Spiderland generative art cover piece for a long time, and have always wondered.... 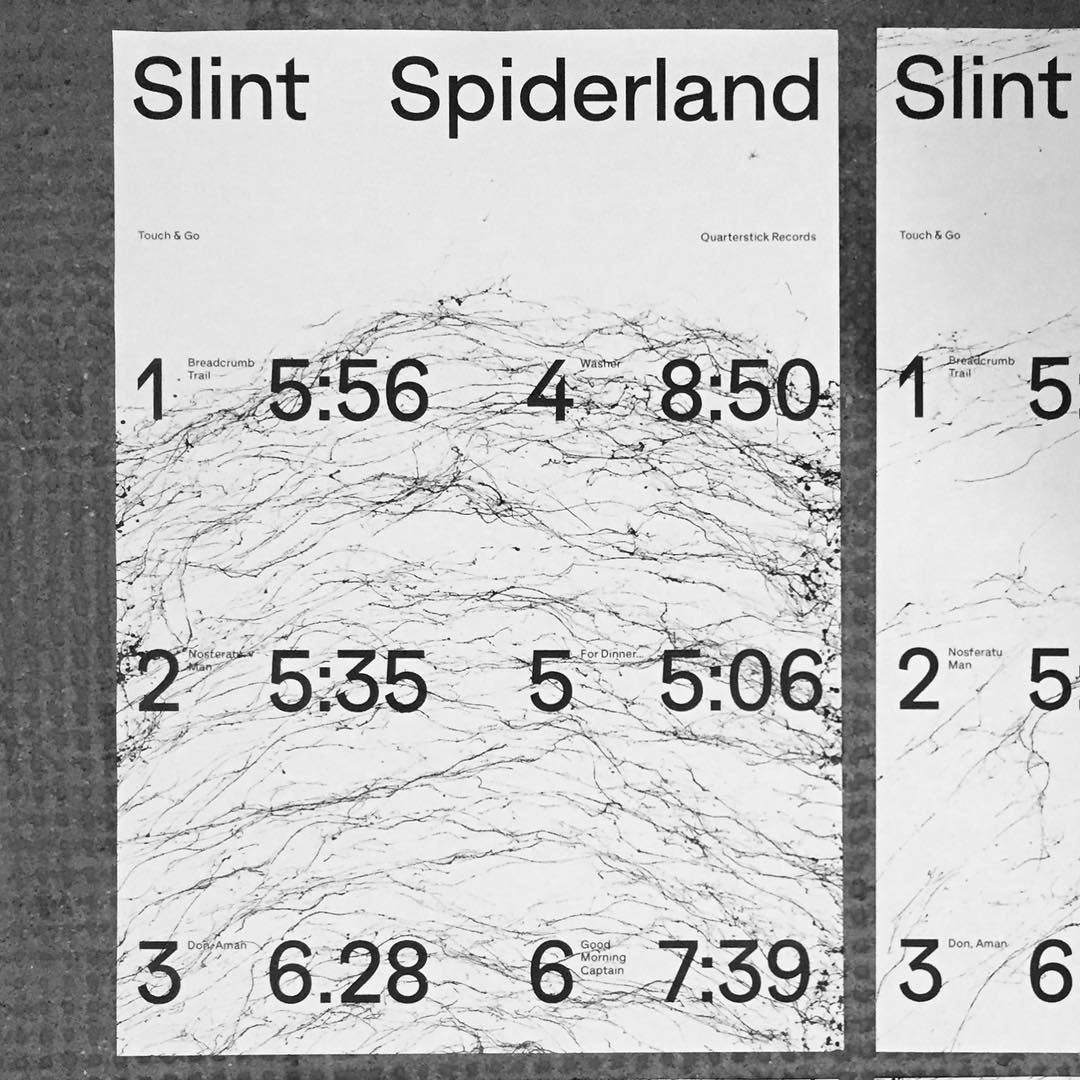 How do you go about making something like that?

The closest reference I have is some Fractal stuff from AE...I know there's dedicated fractal software like Chaotica, Apophysis, etc - is that it? This looks a bit more random and organic though.

Is it best done in something like Processing or 3js? Or good old PS/IL/AE?

Really kind of unsure where to begin here but in general am very into this sort of chaotic yet organized type of thing and would love to be able to play with making my own one day.

Thanks for any help!

I once had a workshop with Swiss designer who wanted to make nice Matterhorn silhouette but it always came up to close to Tomblerone.

So he taken a handkerchief, crumbled it and xero'ed. Then he just cut aproximate shape of a mountain.
He said "You need to see what you want not want what you see".

Because I wouldn't say that the image in your question is procedurally generated. I would say it might be ink drippage. It might be some long fibre fabric with contrast and brigthness really spiked up. Maybe the webbings that is created when you pull the taffy in your hands?

Looking at the fragment on the right I would even say it's marble veins (again with some touchup). I see in the comment that Billy Kerr had similar ideas.

This looks a bit more random and organic

So turn to organic things. Natural. Look for chaos that create patterns. When I was studying I made a series "Stop watching the tv and go outside" where I would take pictures of nature and turn them into black & white so they resembled static noise. It was granite, snow, field of grass. A TV screen in the nature. I wanted to see that and I seen it.
And made others see it as well.

Not the answer you're looking for? Browse other questions tagged procedural-art or ask your own question.

4
What is this kind of pattern called and how is it created?
0
How do you describe the color characteristics of this gif palette and how do you change it?