I have an old TrueType font from 2003 that I have to clean up and there's no way to find out what was originally used to create it. I'm using FontForge to fix misaligned vertices so scaling the font doesn't show odd artifacts. Example of what I'm dealing with below. 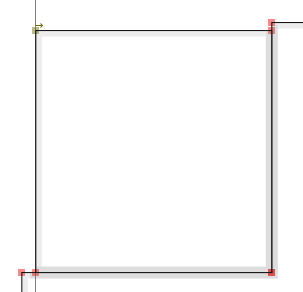 I've finally cleaned up everything, removed overlaps, and rounded to int, and when I export the font all the glyphs are fixed. Unfortunately, as a result of all that I'm experiencing an issue involving some sort of blurred artifacts after exporting. Example below with the capital "S" character.

Just to be safe, I exported the font in FontForge without any changes, and even though it still looks a bit different, it does not have these artifacts. I've narrowed it down to happening after removing overlaps, but the glyphs aren't fixed until I've done that. Any ideas what could be going on here or how to fix it?

Browse other questions tagged fonts font-design font-forge ttf or ask your own question.

3
Help/docs for using Inkscape for SVG icon font creation
3
How to upload my new font?
4
Editing glyphs in FontForge and related software has no effect – depending on where you look
0
Reduce font size in TTF file
0
How to create a true type font (.ttf) font from CAD-designed letters?
3
Failing to draw round circles in Fontforge
1
How to export font with “Kern Tables” and not “GPOS Tables” using fontforge?