Would it be considered as rude as full name is not visible?

I want to make two printed photos with text on them, for a marriage gift. Something like this: 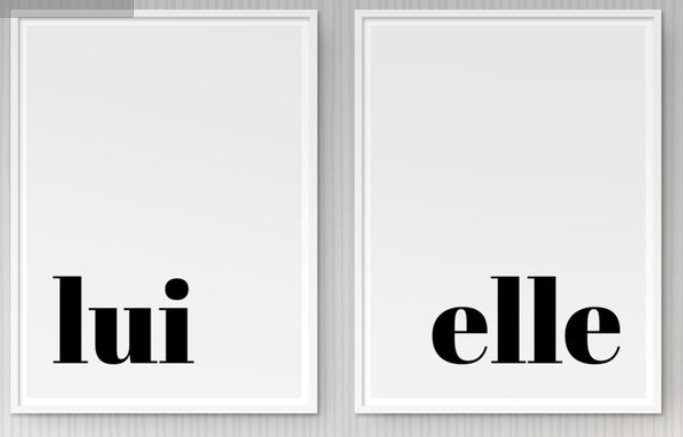 But both must be placed together to give complete meaning. The couple name is DEVANSHU (male) and AMRIYA (female) (slightly changed, concept remains same). Here's a rough sketch: 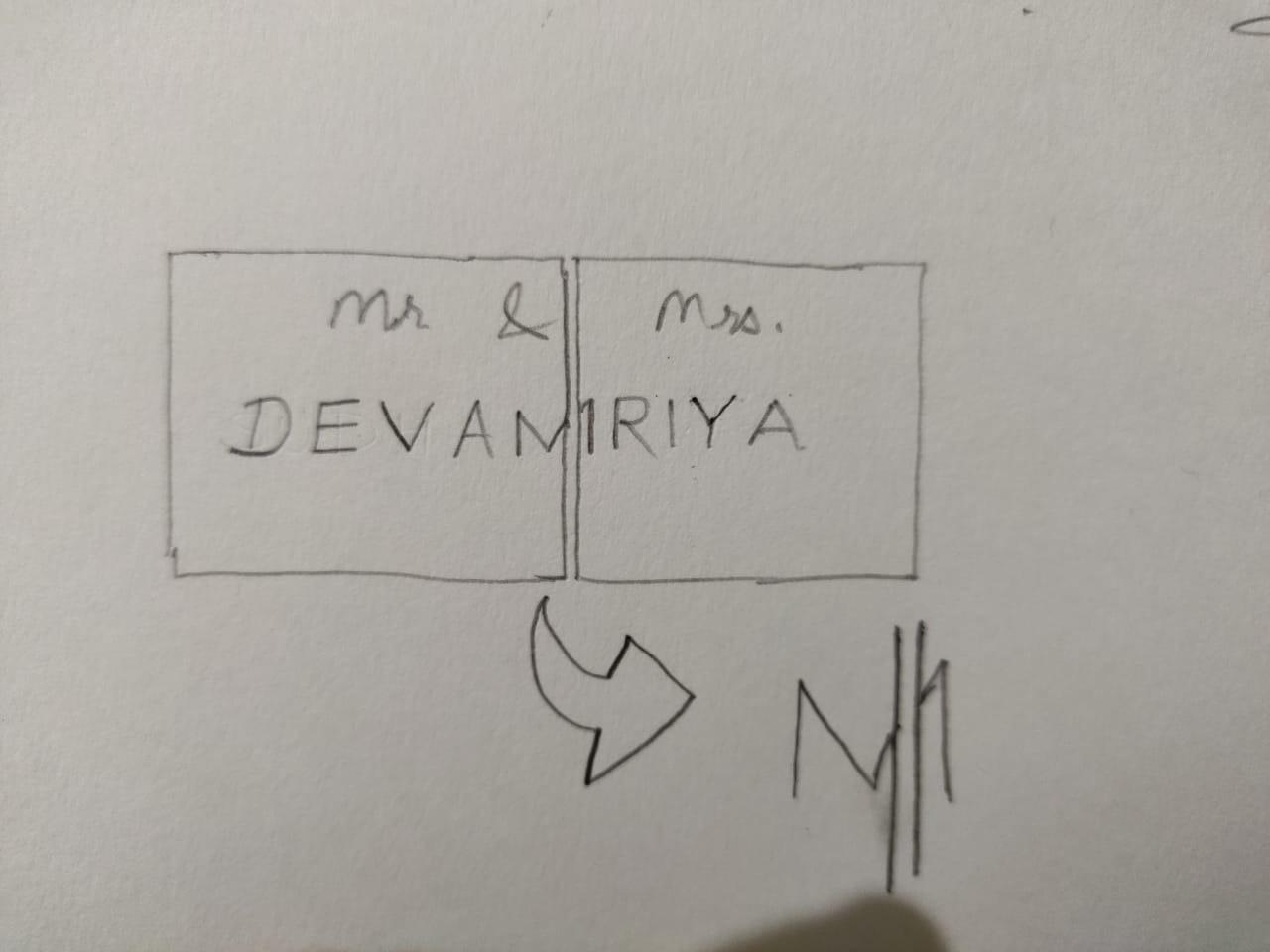 The idea is to combine both names and show a connection between them. I would use M to connect both frames (fortunately I guess I'm lucky that M also stands for Marriage). Of course, I'll need to work for M to make it not look bad, so that it gives feel of both N and M.

Now, I can read the full name of female (AMRIYA). But for male, only DEVAN is visible, in following way:

I feel like it can be a good idea for the gift, where they can place it on wall side by side.

But I have one doubt that might destroy this idea. Male name is not fully visible.

Are there any real world examples where similar things have been done? If no, would it be considered rude? Should I add small full names also in the bottom corners to fix that?

We in the far west can see this as a trick to present something in a trivial way, like "they belong together". But nothing quarantees that the Devamriyas 10000 miles away make the same interpretation. They can have totally different habits, beliefs and traditions. You as an urban person may have alienated from these things which determine what is right and what is wrong. The law can be seen only as a tool to put into action something which is felt to be right. And if the law doesn't support what the feeling demands it can be ignored.

So, you must be 100% sure you understand what the local culture says of your trick, do not think that we in the far west know the answer. Ask locals, ask those who have lived their childhood in the same environment and have the same ethnical background as the Devamriyas. The worst possible scenario that I can imagine: In the next night a crowd rushes into your home and take you. You have captured a respected man into a cage and cropped him, he's now only a half a man. You must be punished. And see: "worst" is only my opinion. What will possibly happen can be seen as a justice, a way to restore man's honor.

I guess user Scott has already given an answer in his comment how your trick would be treated in urban western culture. The message would be taken, thanked and hidden.

if you want to join N and M then i guess putting the whole name ''DEVA[N/M]RIYA'' in one frame would be great.

there will be two frame bars in between the join of N+M according to your idea...... so it wont be aesthetic.

Not the answer you're looking for? Browse other questions tagged print-design typography critique design-principles or ask your own question.

4
What special requirements need to be considered for outdoor banners?
25
How would I know how good of a designer I am?
2
Is Fairfield considered a legible typeface?
7
Are faux small caps now considered OK?
3
Critique: Scrollable flyout nav menu
1
How are these full-text images/designs made?
2
Critique: Military + Makerspace Logo
1
Is skeuomorphism in web design considered old-fashioned nowadays?
3
Why are these two designs considered outdated and old-fashioned?