How do I marquee select anchor points that are surrounded by objects in Adobe Illustrator CC?

Is it possible to select multiple anchor points in one spot by pulling a direct selection marquee over an intersection point and select all the anchor points in that spot when the spot is surrounded by objects? 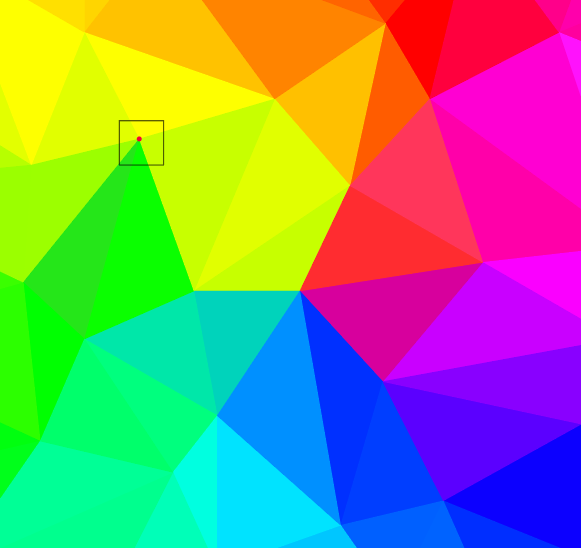 This example has a fake marquee selection box and red dot over the points I want to select. (fake because this is what I want, but can't actually do)

Currently, doing this just moves an object, rather than starting a marquee selection.

I've tried using modifier keys (like ALT for copy or SHIFT for move in a line), but I have yet to find a modifier that doesn't just move the first object.

I've also tried the shape builder tool, but that didn't change this intersection into a single point - so nothing changed in regards to selection.

When there is no object below the beginning of the marquee selection, multiple anchor points are easy to select, 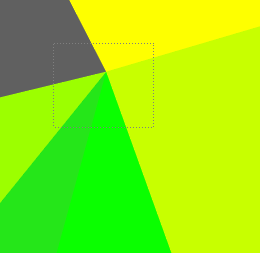 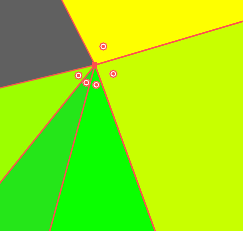 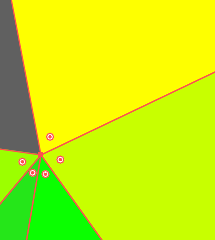 This is what I want to do when there are objects surrounding the target anchor points. However, when the anchor points are completely surrounded by objects, the direct selection tool just moves objects instead of creating a marquee.

Thanks in advance, for any help.

You can do this using the Lasso Tool (Q) to make your selection of anchor points.

Now use the Direct Selection Tool (A) to move the anchors.

You can use the Direct Selection Tool (white arrow) and merely toggle Outline/Preview Mode.

In Outline Mode you can click drag around anchors without
having objects selected because you've clicked a fill.

You don't have to switch back and forth between preview and outline. You can simply switch to outline, move all the anchors you want to move, then switch back to preview mode.

I don't wish to give the impression that this is any better or worst than the method Wellz posted. It's merely a different method for those that prefer to not have to switch tools.

Not the answer you're looking for? Browse other questions tagged adobe-illustrator selections anchor-point marquee-tool or ask your own question.