How to create unique regions by intersecting closed paths in Inkscape

Let's say I have a circle (A) with diameter slightly larger than the sides of a square (B), and A & B are aligned center-on-center. As these overlap, they will produce 9 separate regions. Is there any way to intersect the two curves/paths to produce these 9 independent regions/closed-paths such that I can fill/color each of the 9 regions independently?

I see in this link how to cut paths to color each stroke/line independently: https://graphicdesign.stackexchange.com/questions/90075/split-an-svg-based-on-intersecting-lines. But I'm interested in FILLING each region separately. Do I have to cut all the paths, and then manually create closed paths/regions from the newly cut paths, clicking on vertex-after-vertex, or is there a faster/better way?

I tried @Billy Kerr's excellent answer on some slightly more complicated shapes, (B-Spline Paths), and found that as per his suggestion I needed to convert the B-Splines to Bezier paths, using Path + Object to Path and now it works great! 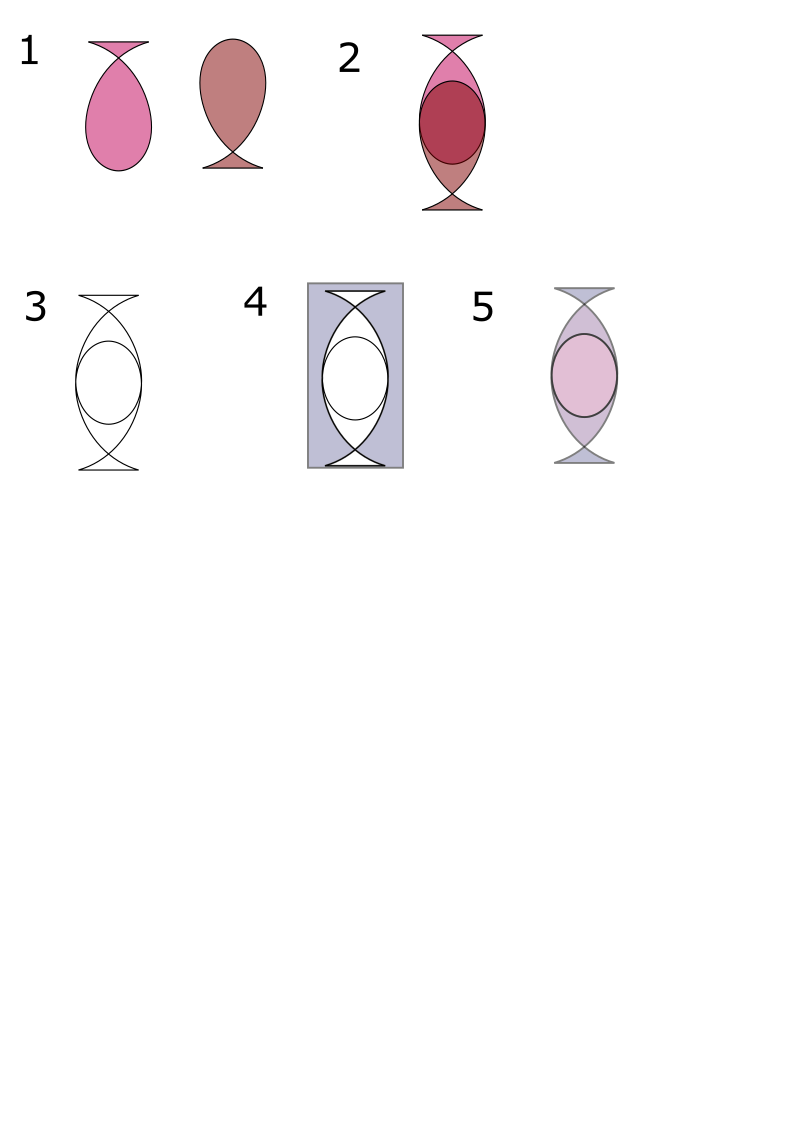 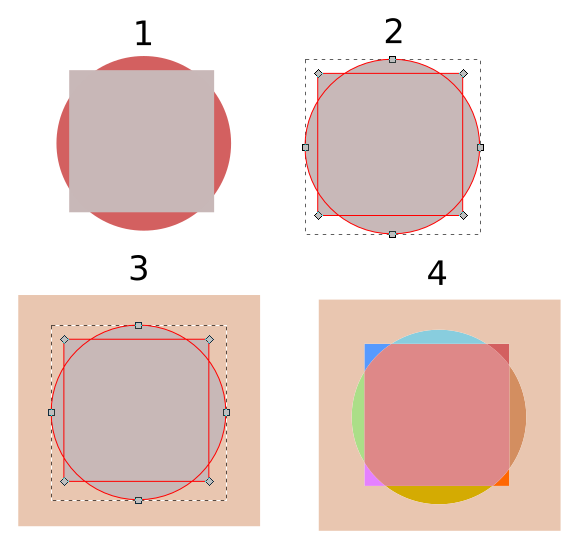 Note: I've used different coloured fills in the example above, but the colours don't matter, these are just so you can see what's going on.

Edit after comments: Don't use Path > combine on b-spline or spiro paths, because those are path effects. You'd need to convert them to normal Bézier paths before proceeding. To do that, select them and click Path > Ojbect to Path, then Combine will work as expected.

1
Split an SVG based on intersecting lines