How can i create this text effect

Does anybody know how to create this effect on the text in Ai or Ps? I mean this liquid, stairsy-glitch effect on letters. Please help me(( 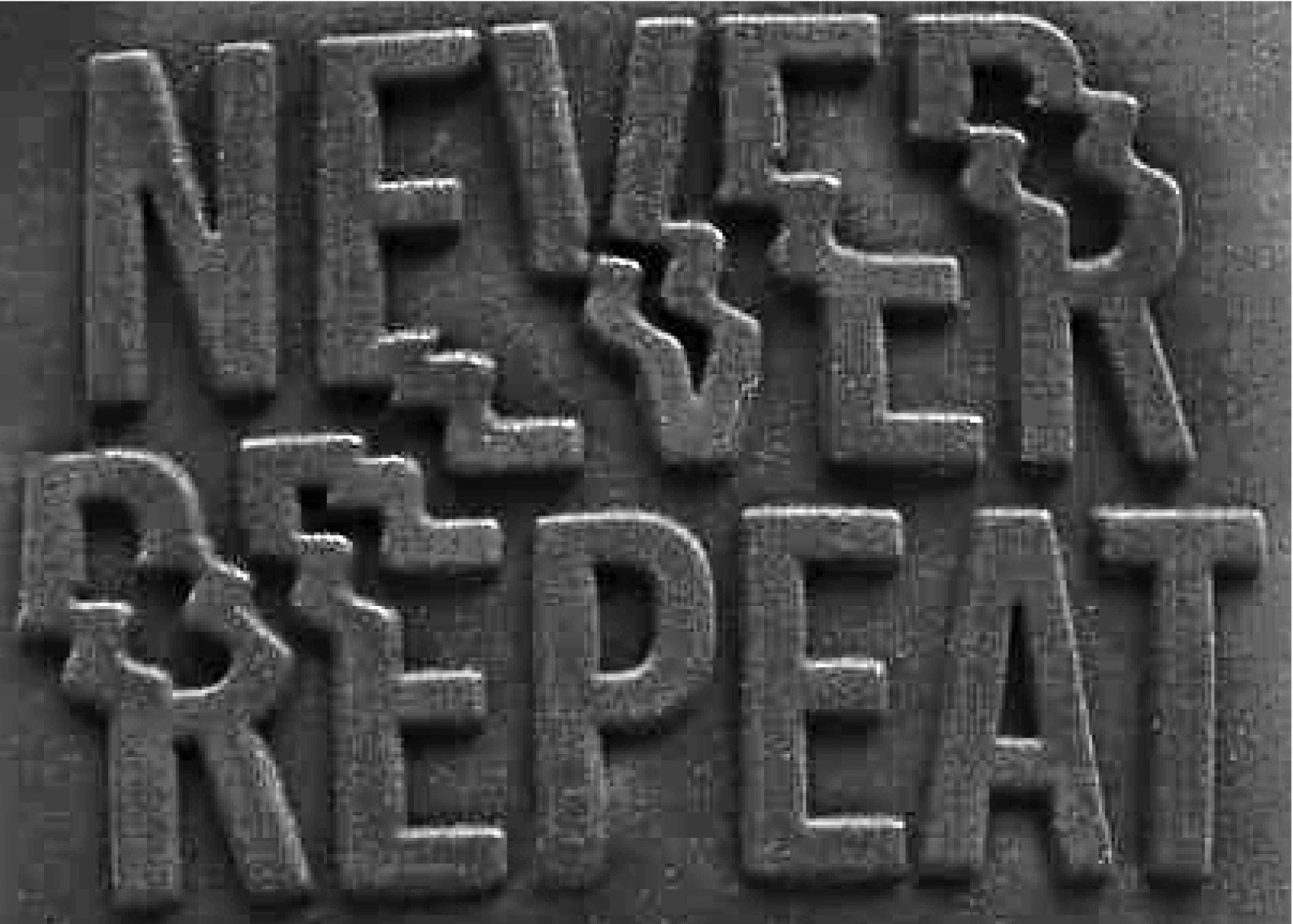 The image you posted appears to have been done manually. You can achieve an effect similar to this if you have a scanner. For this example, I printed a sample image of regular 3D text. Then I placed the print onto my scanner at an angle, and shifted it three times as the scanner sensor passed by. I would imagine that if you spent some time with it, you could get something closer to the effect in your image. Maybe start with simple black text to make your scan warp, then take that into Photoshop to add the 3D effects. That way you could get the lighting to look more uniform than in the rough sample I made. The difficult part would be getting the warped shapes to look right, which this scan technique can help a great deal with. It just isn't great as the final step. 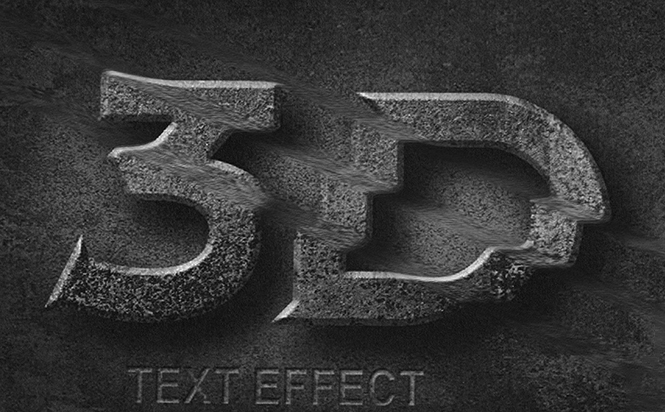 If you want to trash some letters of a normal clean text it's easiest in Illustrator:

The text could get 3D extrusion effect in Illustrator, but you wrote in a comment it's not interesting. Actually it's not the same as your example has. Illustrators 3D > Bevel&Extrude makes too machined look, something like this:

That result isn't used, the version in image 4 is selected, copied and pasted to a prepared 1000 x 700 px image Photoshop. 1000 x 700 pixels has acceptable resolution on the screen. Printing can need more depending on the size.

Copying and pasting to Photoshop as high resolution raster image to a new layer gives plenty of options. I guess the grainy stone texture is made in Photoshop. Unfortunately I haven't such effect as one ready-to-use plugin.

Photoshop's Layer Style Bevel&Emboss creates a wide variety of raised edge effects and a drop shadow lifts it above the background. One example with another surface texture (=what happened to be on top of the list)

Not the answer you're looking for? Browse other questions tagged adobe-illustrator adobe-photoshop glitch or ask your own question.