How to create a style of word that stands on top of a word on Indesign - like this:

But in a way that they would be on the same line, not a separate paragraph or table cells.

I use it for word-for-word interpretation in ancient text

Here is a method for a script which will do what you want. 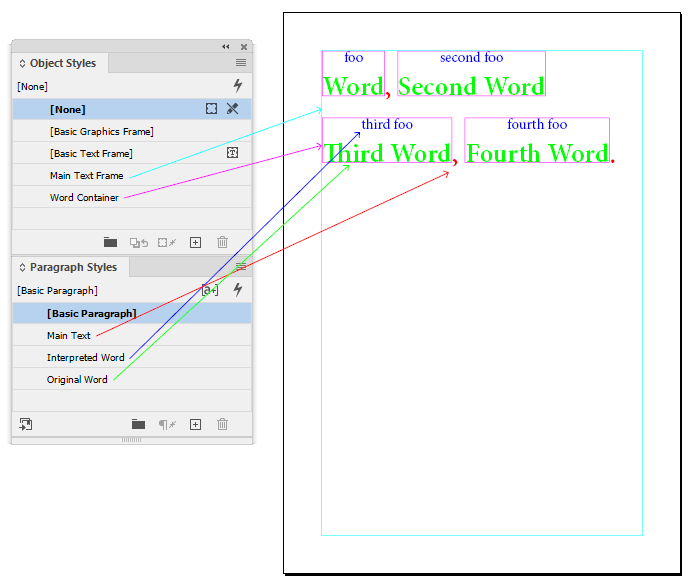 You need a Main Text Frame (cyan) which contains the main story. The Main Text (red) is left aligned and used for the punctuation and defining the main leading. Each Interpreted Word (blue) with its corresponding Original Word (green) below is center aligned inside an auto-sized Word Container (magenta) which is anchored inside the Main Text Frame.

Initially your text could formatted with Main Text and be in the form:

The script will start searching the text in the Main Text Frame from the beginning.

Not the answer you're looking for? Browse other questions tagged adobe-indesign paragraph-styles or ask your own question.