How can I make this shadow effect on a planet?

I have tried using the pathfinder but I can't use it on a grouped object.

I want to make something that looks like this.

There's a darker shadow on the side. This is what I'm trying to achieve. I have already made the light side.

This case looked like it's already completed by others, but it isn't. The plausible shadow shape should have elliptical edge. That's because the shadow should in 3D cover half of the planet. The border in 3D is circle, but it's tilted projection is an ellipse. 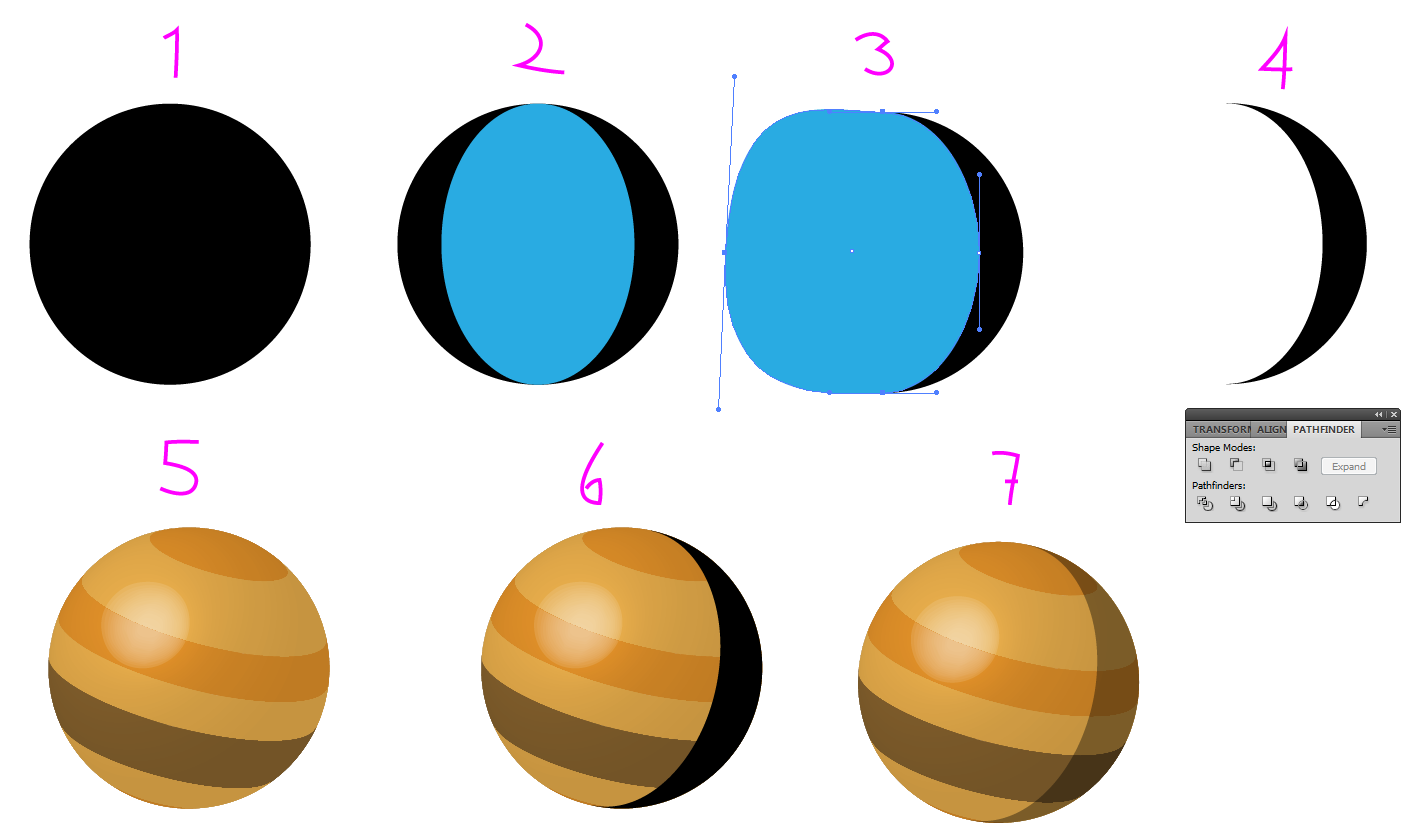 Not asked: A sharp crest type shadow works in the simple illustration above. A gradient can be more useful if one wants to present there'a a thick gas atmosphere 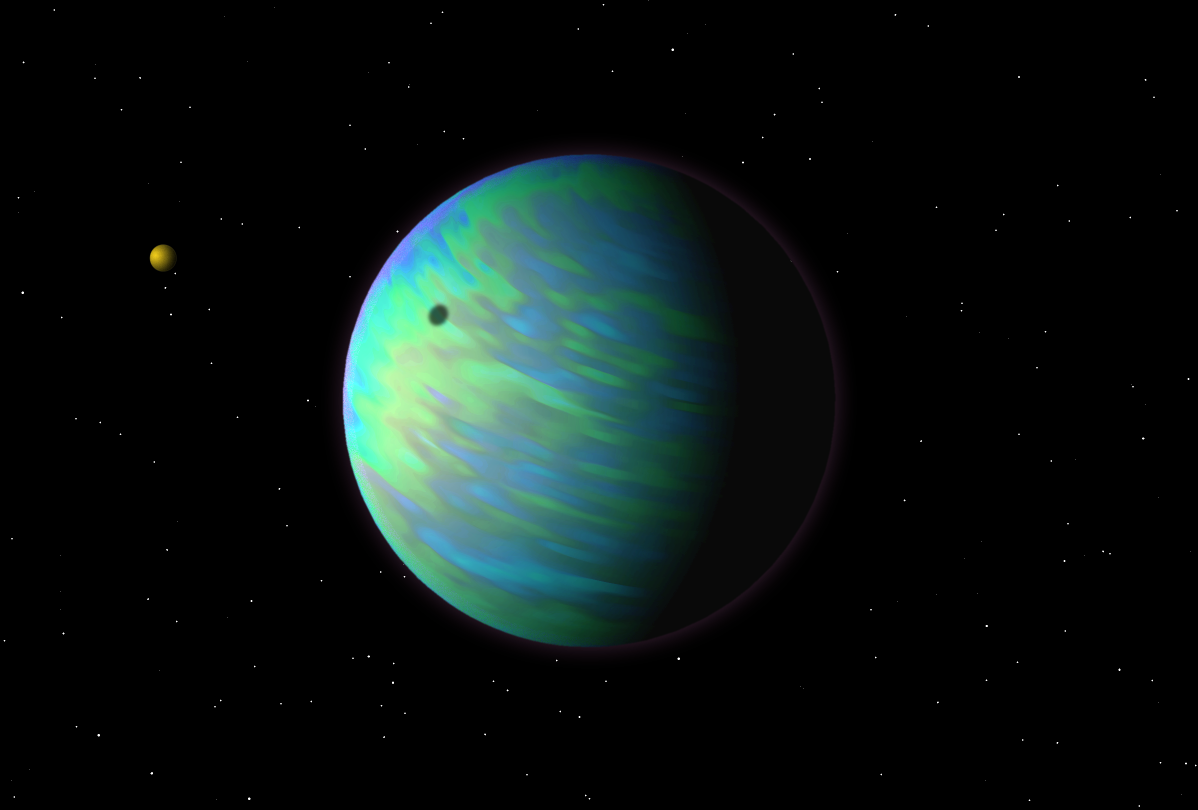 If there's no atmosphere, but complex surface forms like in this small rock planet, an elementary shading of a 3D model can create the light and shadow with zero effort. 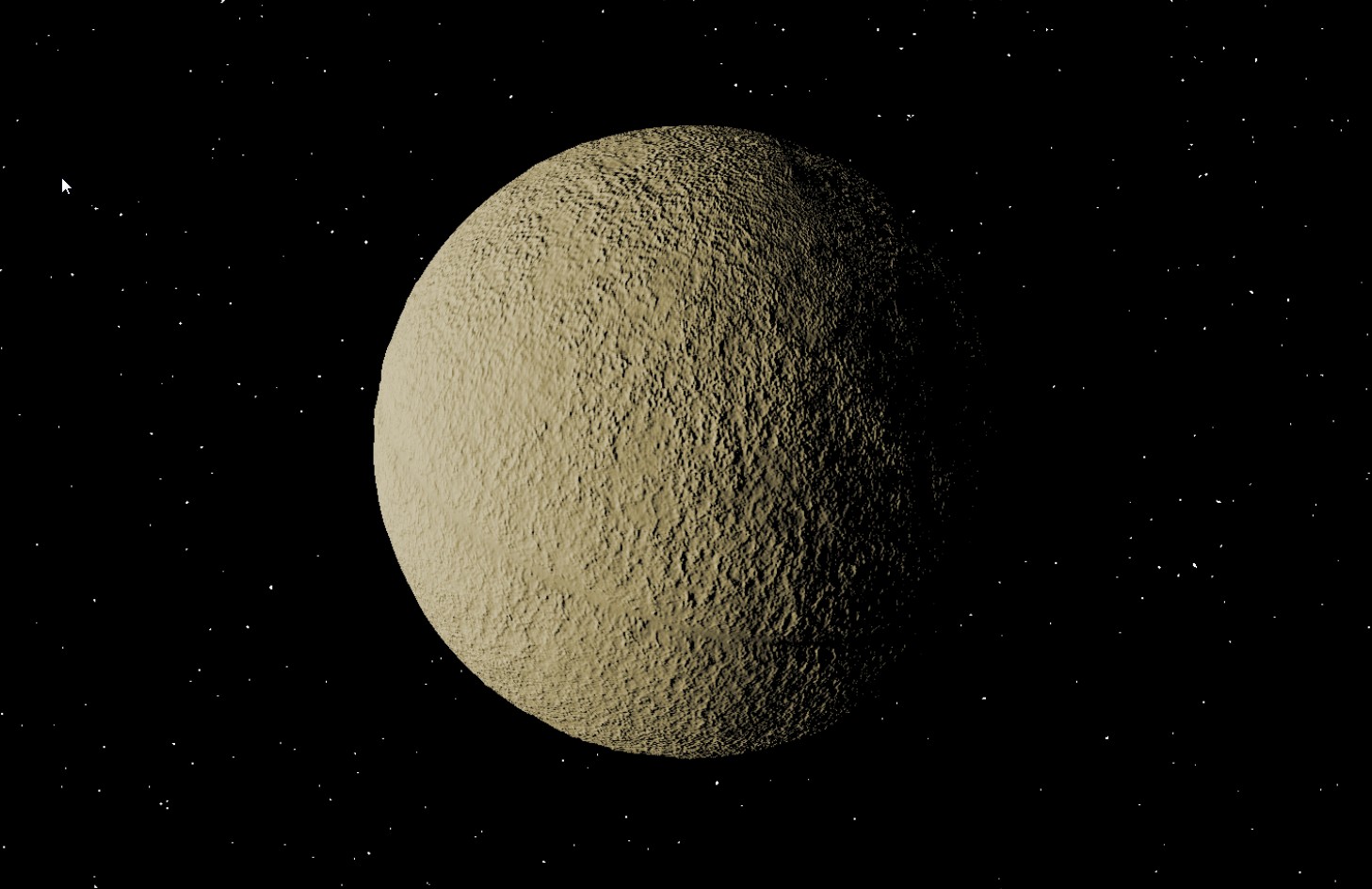 (I drew these images for other cases few months ago, the 3D model was taken from this question What are some techniques for designing realistic-looking planets and moons?, it's not mine.)

1- draw your circle 2- copy-paste in front twice, thus you will get 3 circles. 3-move the uppermost circle a bit outward to form the shadow figure. 4-take the two uppermost circles and apply minus front. 5- after minus front give the remaining portion same color but slight darker one.

and always remember to convert group into 'compound path' before applying pathfinder.

Not the answer you're looking for? Browse other questions tagged adobe-illustrator shadows or ask your own question.

2
What are some techniques for designing realistic-looking planets and moons?