Simplifying paths in Illustrator after coping contours from Matlab

After copying a contour plot from MATLAB into Illustrator, I am stuck with thousands of short unconnected paths (see image below). This makes for a very slow performance and very large file size.

Directly selecting everything and using the simplify tool does not work, since the paths need to be joined first somehow.

I could manually trace them with the lasso tool, join them into one path, and then use the simplify tool. This is however very cumbersome, given the number of contour lines and their shape.

I would like to know if someone knows a (semi-)automatic way of joining all these small paths into large continuous paths so I can use the simplify tool a posteriori. 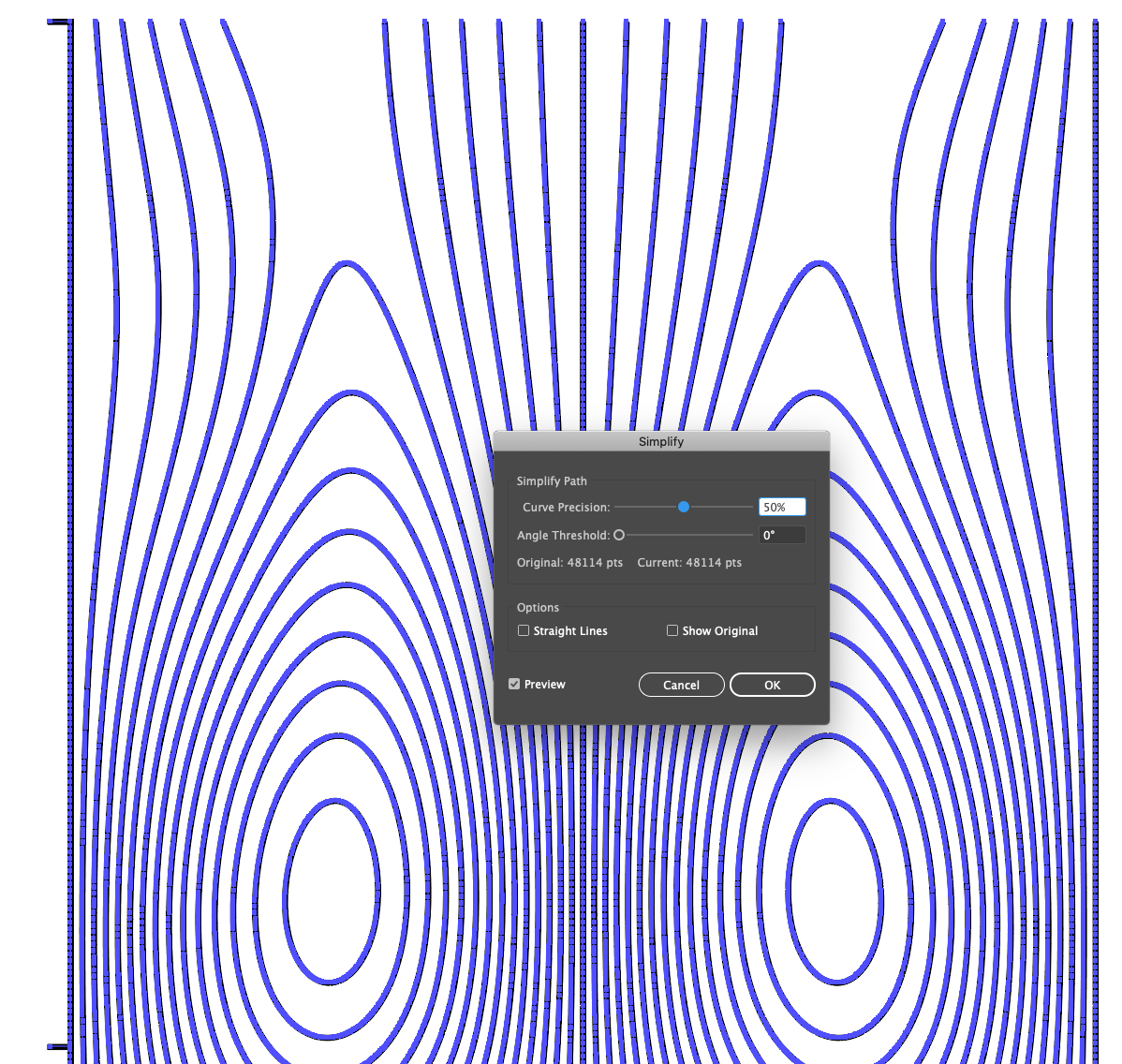 I guess you have tried to select all & press Ctrl+J to join the line segments and the result was a bizarre mess because tens of randomly crossing new line segments were generated.

As another approach draw horizontal closing lines to the top and bottom edges, fill areas with the Shape Builder. Select proper new strokes. Fill only every 2nd area. An example: 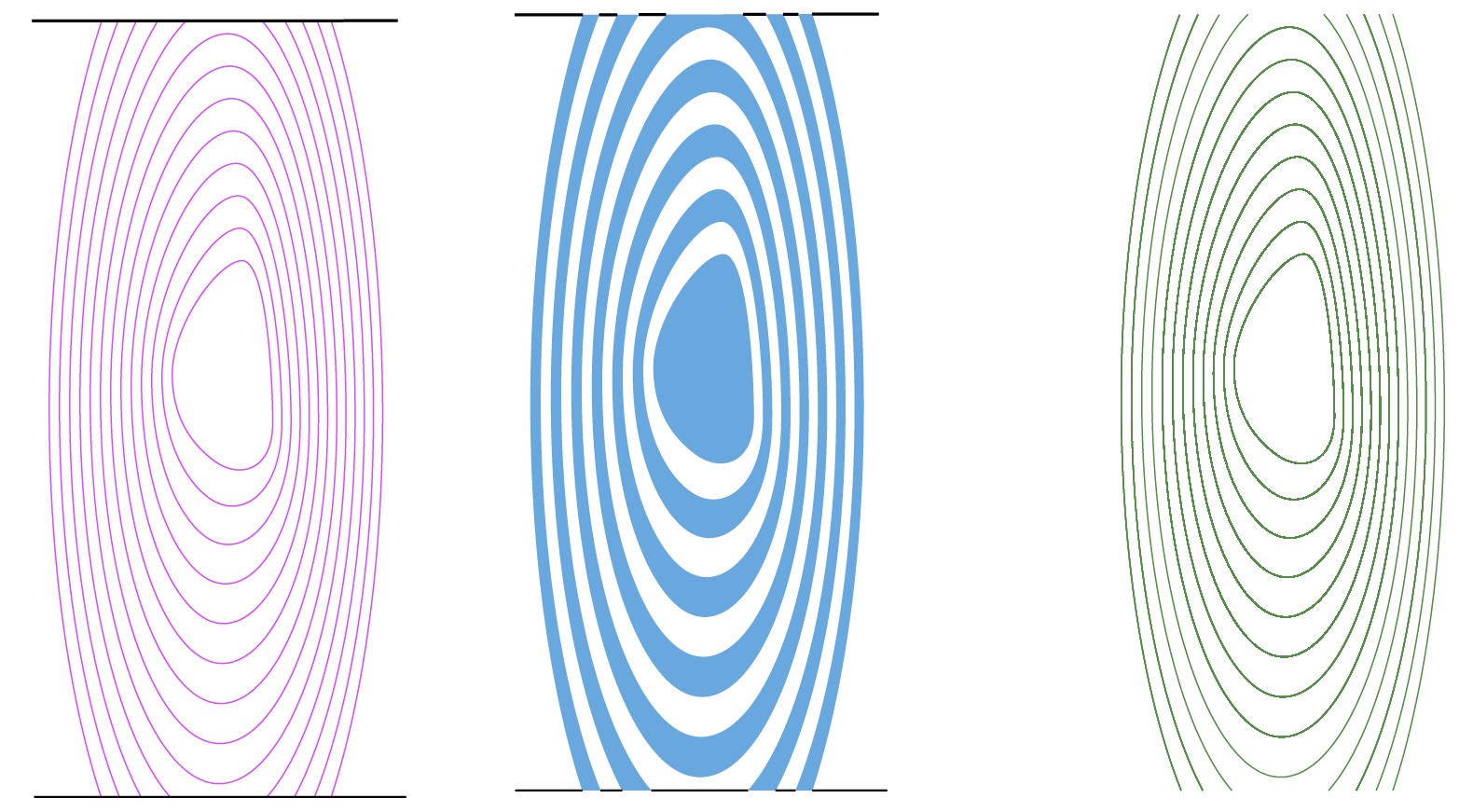 In the left the magenta curves can be combined of numerous line segments. The black lines are drawn to cross them so that closed areas are formed.

All is selected. The Shape Builder tool is clicked, no stroke+blue fill is set, half of the areas are filled

The generated compound paths are released, every group is ungrouped, no fill + green stroke is set, every horizontal line segment is selected with the direct selection tool one by one and deleted.

The green curves are continuous, they can be simplified if that's needed.