How do I create a cast shadow when the light source is lower than the object?

Below is a sample of what I mean. The light source is behind the object and lower than the sign. How would I draw a cast shadow for the sign? 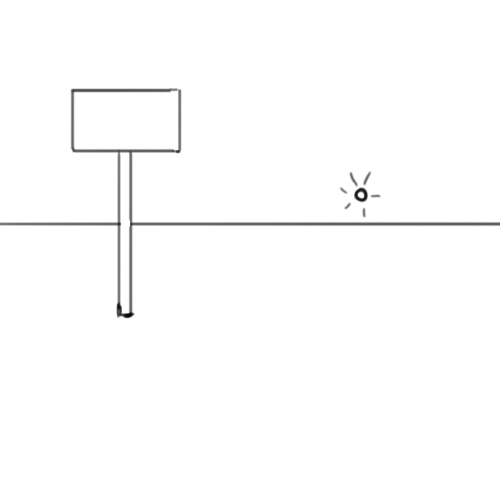 You have a little shaked things, but we can restore the order with a ray drawing. Let's assume your horizon is the theoretical perspective drawing horizon line and let's assume the sun is so distant that rays from it are parallel:

The top of the post is in higher altitude than observer's eye. The cyan line is horizontal. It points the theoretical horizon line on the image plane.

In the image the sun apparently has lower elevation than the top of the post. That means the green ray from the sun to observer's eye meets the image plane at lower than the image of the top of the post. But the ray comes to the eye from very high (=infinite) altitude because there's an angle between the ray and the horizontal sight line (=cyan). The commentators have already said that fact. Thus the shadow of the post cannot be infinitely long on the ground.

To construct the shadow of the post to your image there's no need to draw a full perspective drawing from the assumed places and sizes of the things. We get something also without them: 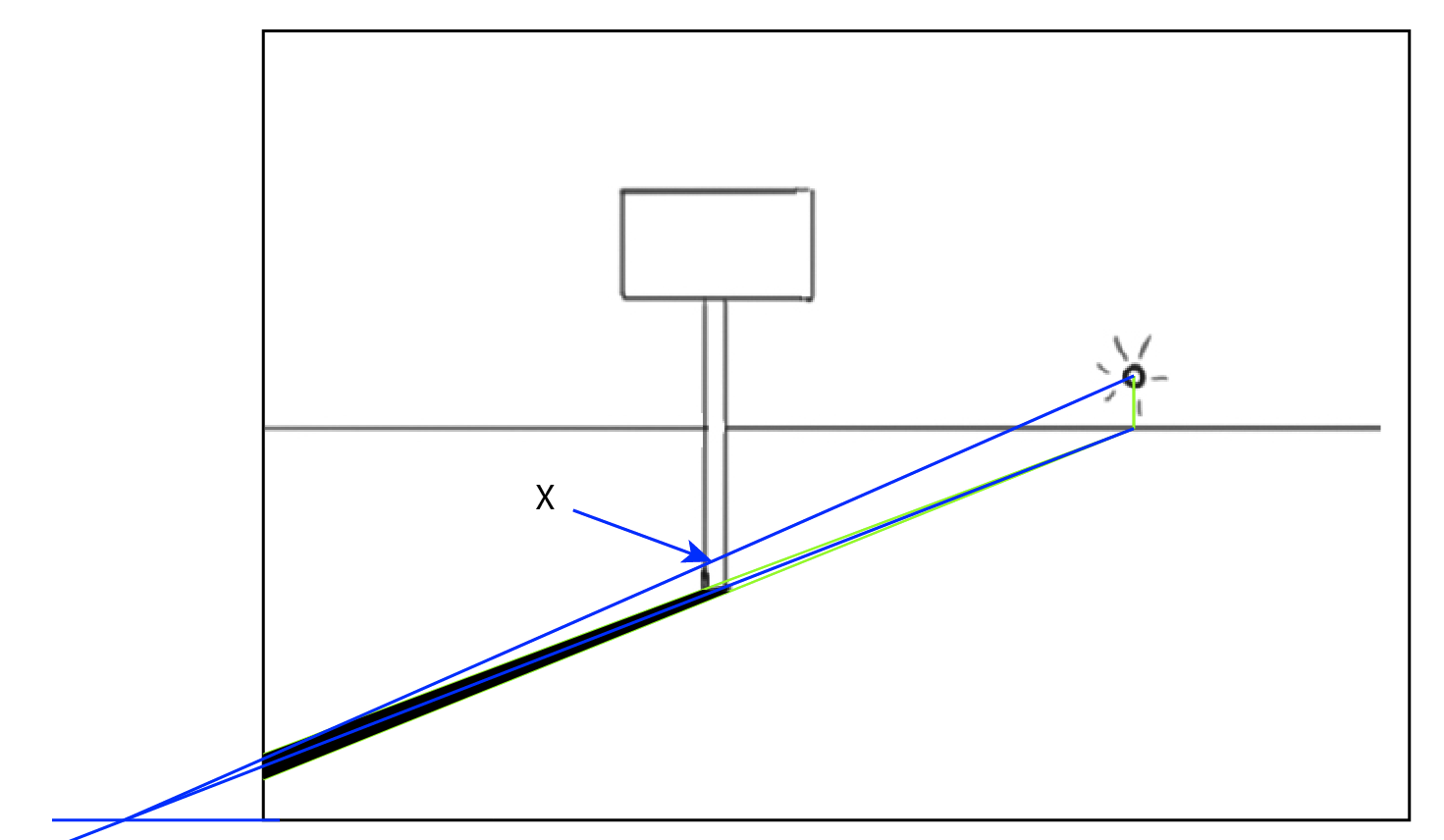 We draw a vertical line from the sun to the horizon line and start rays for the edges of the shadow from the crossing to the bottom of the post. The blue lines are drawn to find point X. It's needed to see what's included to the visible part of the shadow.

Not the answer you're looking for? Browse other questions tagged perspective shadows or ask your own question.

3
How to create a realistic shadow between wall and floor in Photoshop or GIMP?
2
Creating realistic shadow of an irregular object
0
Illustrator - Draw shadows after Live Paint
0
How to achieve a shadowed shape behind a semi opaque surface?
0
What pixel art shading technique to add deepness when a static light source is not an option?
1
How to make this shadow in Photoshop for object which lifts high enough to allow light to pass through in one area?
1
How to create a realistic shadow like in this image below? Super Realistic one
11
How would I draw a shadow from a spherical object onto a non-flat surface?
1
Shadow inconsistent in Material Design Guide
2
How to create a shadow looking sphere and a glass looking spheres?