Converting several paths into a shape

I'm looking for a way to convert several paths into one shape (purple outline image). I don't want the space within the lines to become a filled shape. I just want the paths themselves, the 'outline' of the hand created by the paths to be a shape.

This is so I can place the path 'shape' outline on top of a solid (see green image) and then use the pathfinder tool to minus front from back, and leave the green shape with the path lines cut out of it. 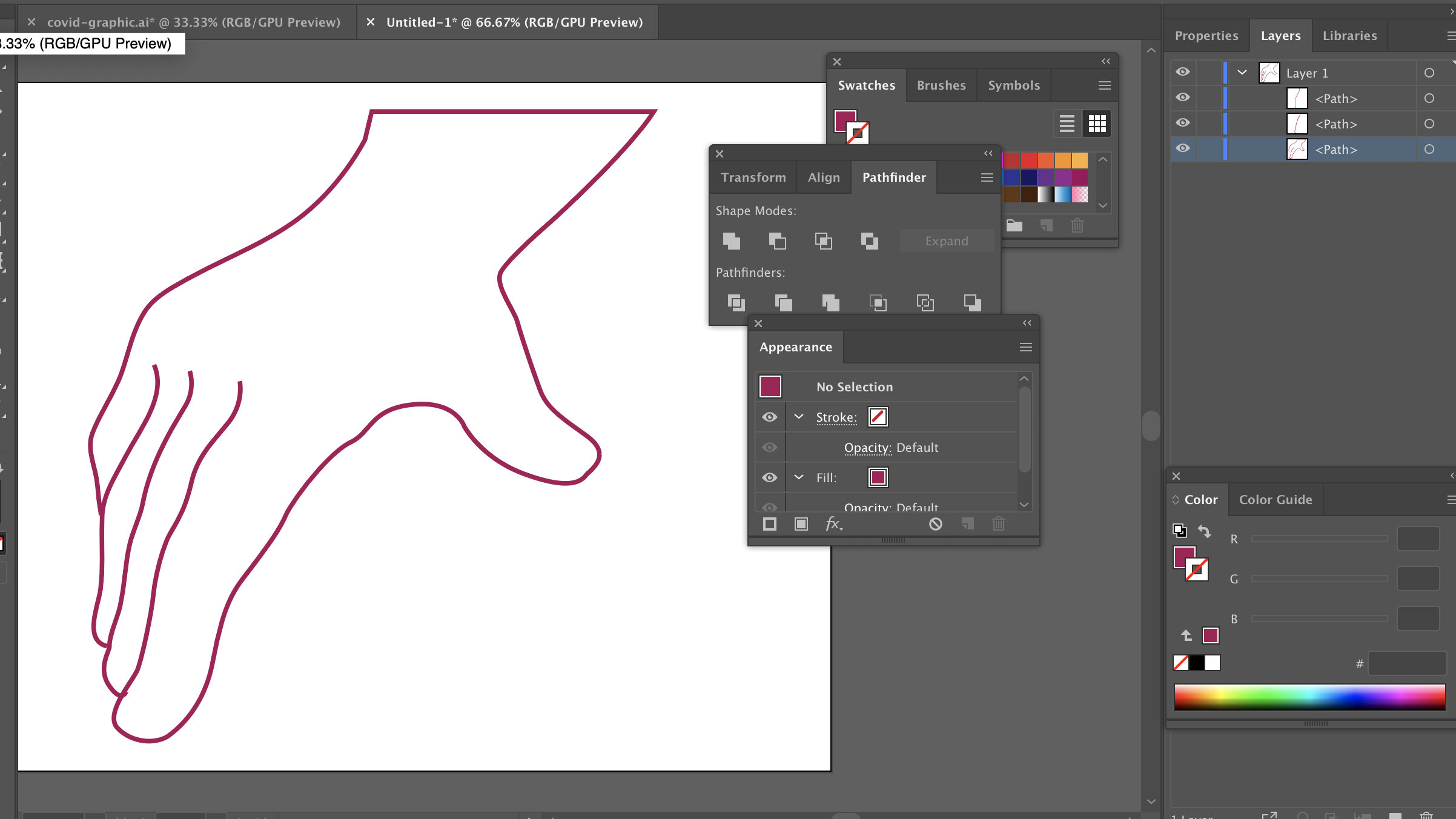 Is there a way to turn several paths into a shape? Or a different way to go about this for the desired effect? 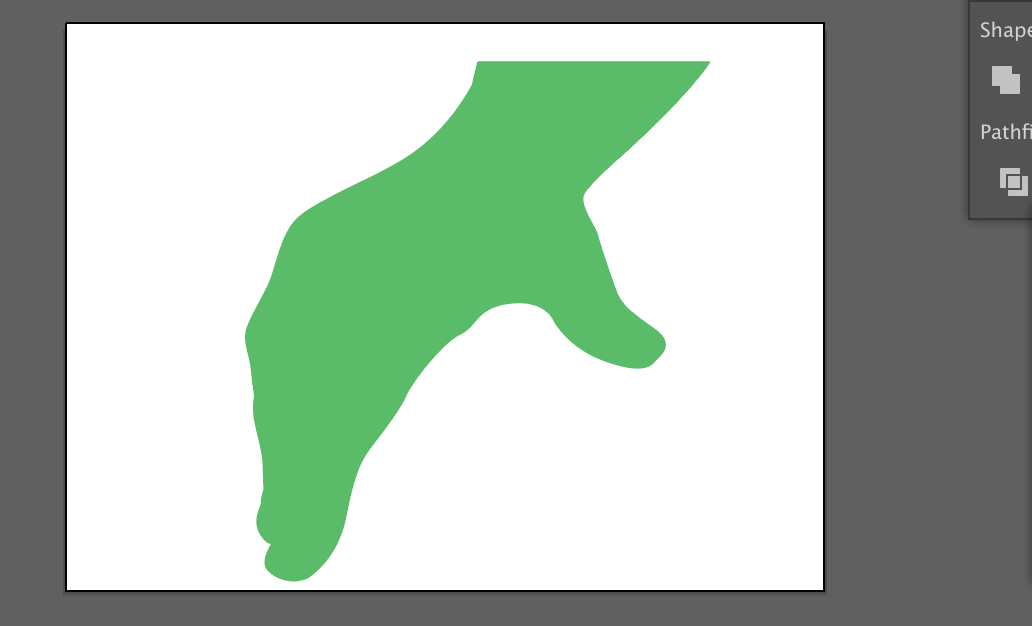 I've included a third image as an example. The outline around the hand has been cut away, to render details and allow the background colour to show through. 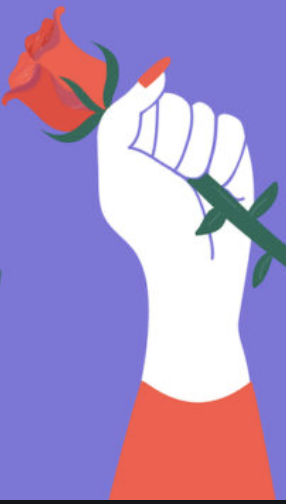 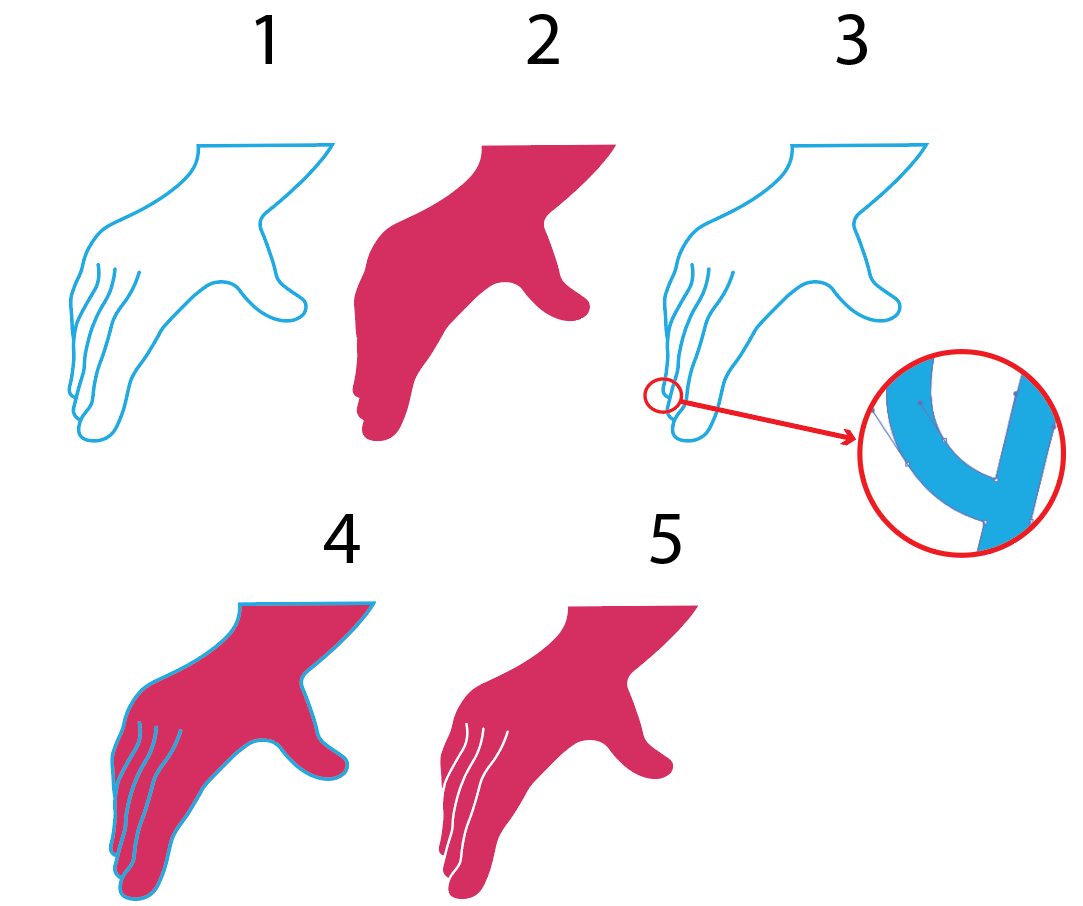 You can fill the interior area with the Shape Builder. You'll get a new filled shape which has exactly the same outline as your paths except the open ended finger separations will be filled, too and that was NOT wanted.

Fortunately the finger separations are not deleted, you can dig them up and subtract them from the full hand shape or make the underlying part of the hand transparent. See an example:

In the left there's the paths I guess you have. They are separate open curves and I gave to them random colors. They are grouped to keep them surely together.

Middle: I selected all paths, clicked the Shape builder tool icon and hovered the cursor over the hand. Shape Builder greyed the area which will be filled as soon as one clicks the interior. It's possible to set the wanted fill color before clicking. I selected green.

Right: After clicking the grey area was filled with green, one of the stroke colors was given to the outline and the finger separations vanished. But they were only buried to the bottom. After Ungrouping (I had a group and it must be released) I sent the green shape to back and the separation lines which were a kind of remnants become visible. They are still open paths in this phase.

Coloring the separation lines white can be good enough for many purposes, but to get gaps you can convert them to filled paths and subtract them from the green shape. In the next image they still are open strokes. The main outline stroke is removed and the finger separation lines are white. The edge of the green shape is in the midline of your original outline stroke. I guess it's important to know. 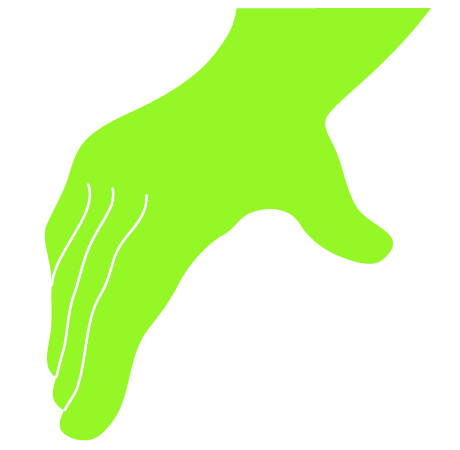 Select the white separation lines and group them. Select the group and the green hand and make an inverted non-clipping opacity mask; it's in the Transparency panel:

The opacity mask can be released, if needed.

Not asked: for me the transparent separation lines look wrong. Seeing the background through them in this projection is unrealistic, the fingers are rendered to sloppy flat pedants.

About the Shape Builder:

Double clicking the shape builder icon gives a possibility to use gap detection. That option is very useful, because drawn curves very easily have small unitended gaps between two lines.

If a stroke should end to another stroke, but there's an unintended crossing the shape builder leaves the extra piece as a removable remnant. Generally it's harmless.

3
Illustrator CS5 (Mac) Pathfinder Tool Messing up Paths
2
how can I add an overlapped anchor in both overlapped paths automatically
2
illustrator: pathfinder minus front, cut-out is crude, not precise enough
5
Subtract a path from a shape in Illustrator CC 2015
1
How do you combine two paths into one, or is there a better way to draw this shape?
0
Problem with cutting outline of circle
4
Illustrator: How to cut out a circle from the middle of a shape with effects?
4
Apply clipping mask on strokes