How to change luminosity but keep the tone for an image in Photoshop?

Is there a method to change the luminosity of all pixels in the image as demonstrated below? 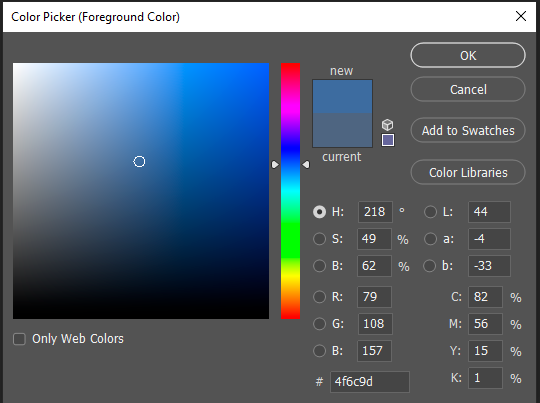 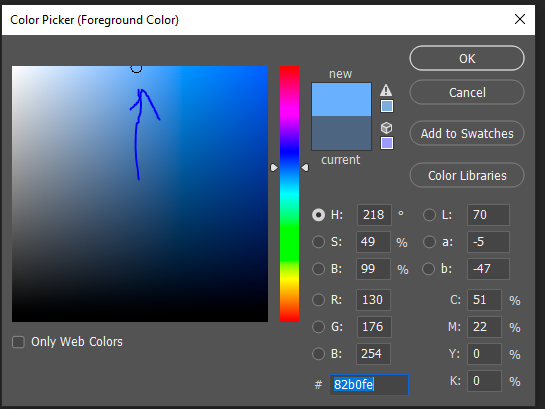 You have increased the brightness number of the color when an RGB color is presented in Photoshop's HSB system. You have kept hue and saturation intact.

I guess you want either change the brightness number of every pixel by a certain increment or multiplicand upwards or downwards but keep H and S numbers.

Actually it's not 100% clear in the question what you want. Luminosity is totally something else, but you have increased the brightness number.

Photoshop doesn't have such slider. All adjustments are developed to appeal photo editors or at least Adobe tries to present them as intuitive natural controls for photo editors and they strictly do not publish any numerical functionality data. Do not expect that image adjustments Hue&Saturation (or actually the lightness slider) or Brightness&Contrast (in either of the modes) do the job. There's also no easy way to get it with Curves.

Without being able to show any Adobe's numerical data as a proof I suggest you try at first the Exposure adjustment. It seems to be better than Hue&Saturation and Brightness&Contrast for this problem. Let the gamma and offset sliders be in the middle.

In the filter category "Others" there's a filter which digs HSB numbers of every pixel and places the result to red, green and blue channels of the image.

You can use it. Then you can add or subtract a certain number from every pixel in the blue channel or multiply by a certain number. Both of these transformations can be done with curves or levels.

Finally you recompose the RGB channels by using the HSB filter reversely.

If you want to bring all pixels to same brightness without changing hue and saturation you can turn the curve to horizontal. But there's an easier method for it, but it's not in Photoshop. Use GIMP There's layer blending mode "Value" : 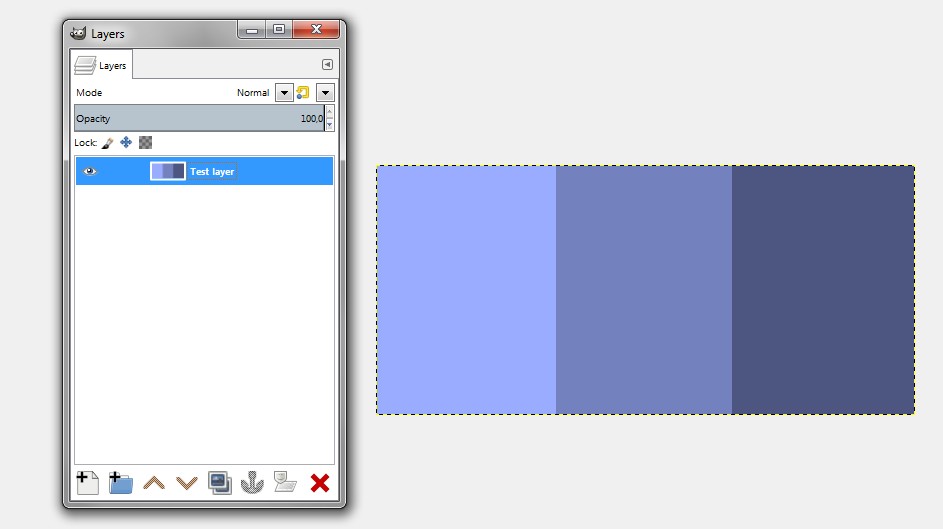 The test layer is pasted from Photoshop. It has 3 color zones with the same hue and saturation. Brightnesses from the left are 100%, 75% and 50%

The 100% bright color is copied to fill a new layer and the layer has got blending mode Value:

All zones have now the same 100% brightness. That's because Value in GIMP's RGB system means the same as Brightness in Photoshop's RGB system. The next image is only to show that the effect works with other colors, too:

Is the effect usable for something? I do not know, but here's an indoor shot of an old workroom in a small local museum: 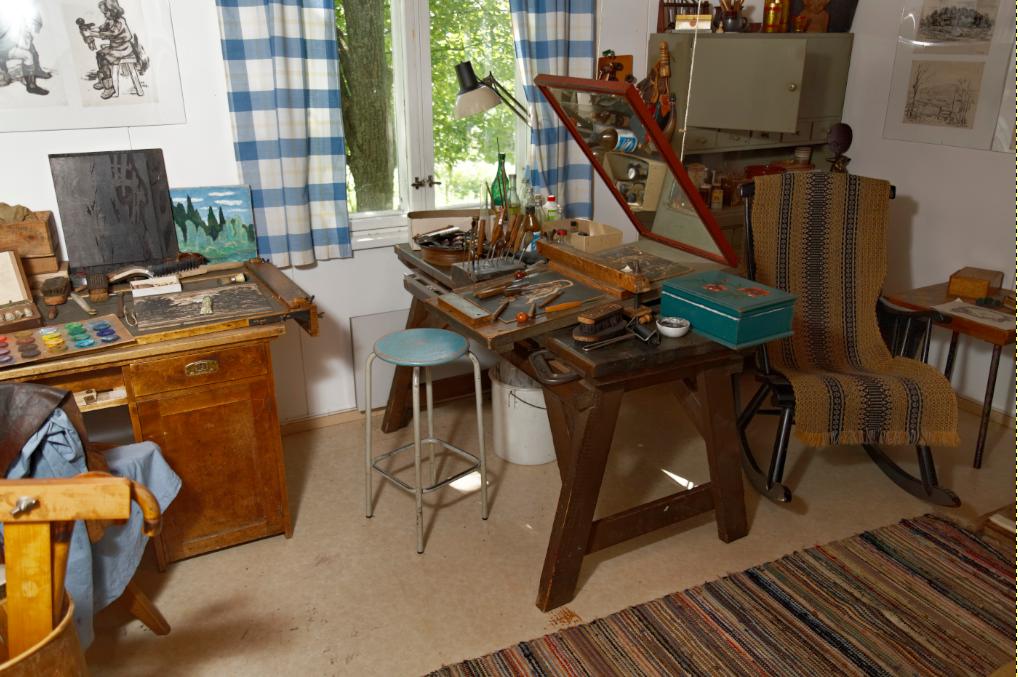 This is the same, but every pixel is lifted to about 93% brightness without changing hue nor saturation: 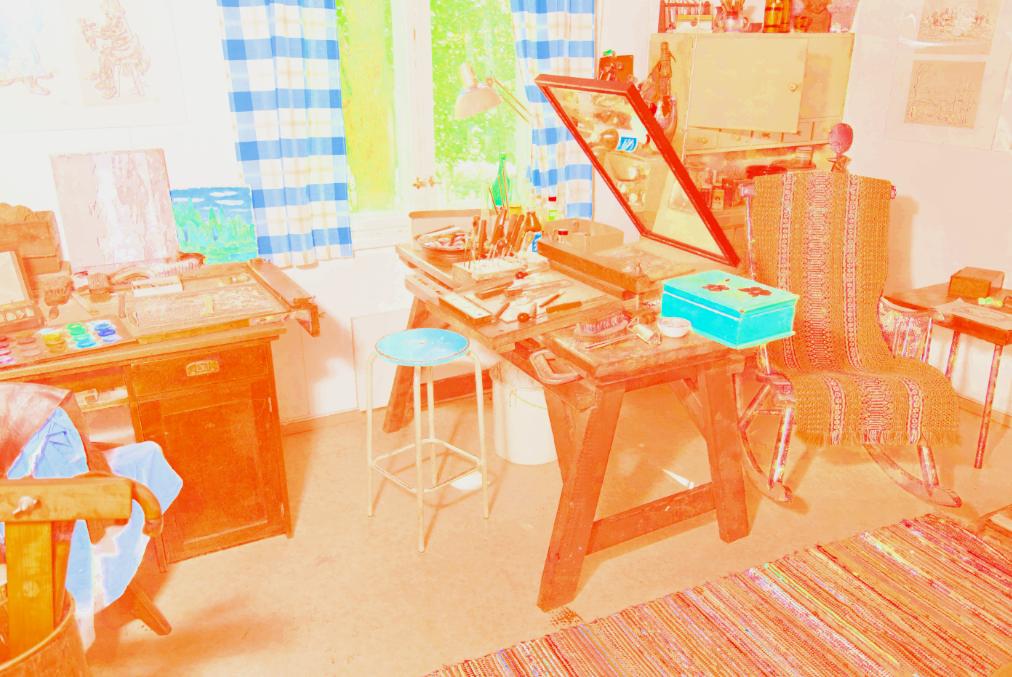 There's still remarkable lightness differences because the Brightness (=Value in GIMP) is the highest of the RGB numbers as percents of 255.

Maybe asked or not: Color vision theorists have found 100 years ago that humans can in their mind separate from a color hue, lightness and colorfulness components. RGB color system or it's polar math versions like HSB are extremely poor in that sense. Some hues look much more colorful with the same saturation than others. In addition the apparent lightness changes when one changes the hue. That's because HSB is a way to control RGB screens, visually uniform colors are not a design goal. Saturation only shows how much variation there's in the RGB numbers as a percentage of the maximum, its not the apparent colorfulness.

Photoshop has color mode Lab (=CIELAB in more scientific texts) which is far closer to uniformity. If you convert your image to Lab color mode and adjust Lightness with Image > Adjust > Curves > L channel you keep the hue and the apparent colorfulness except in case you try to generate a color which would need on the screen RGB numbers less than zero or more than 255. Custom gamut warning in the View options can reveal undisplayable Lab colors.

3
Change the color of a part of an image in photoshop
2
Can you change the opacity of a white image without getting a gray result?
6
Photoshop: Is there any analog of the GIMP's Rect Select Tool “AUTO SHRINK” feature?
0
How to remove cloth pattern and change color but keep shadows?
1
If I reduce a 300dpi image to 72dpi, but increase the pixels, will it reduce the quality of the image?