Why does expanding a brush stroke have a different effect than expanding a pencil stroke?

I am trying to achieve an appearance of an outlined shape that overlaps and intersects itself (The shape on the left). I can only achieve this effect by creating a stroke from the brush tool (or stroke with a 'round' brush definition and selecting 'expand appearance.' However, this leads to a very messy shape with tons of anchor points, and it's not worth cleaning up.

If I create the same stroke with a pencil (or 'basic' brush definition), only 'expand' is available and it combines into one solid shape instead of retaining the intersections.

Is there a way to achieve the effect of the left shape from a pencil/basic stroke? 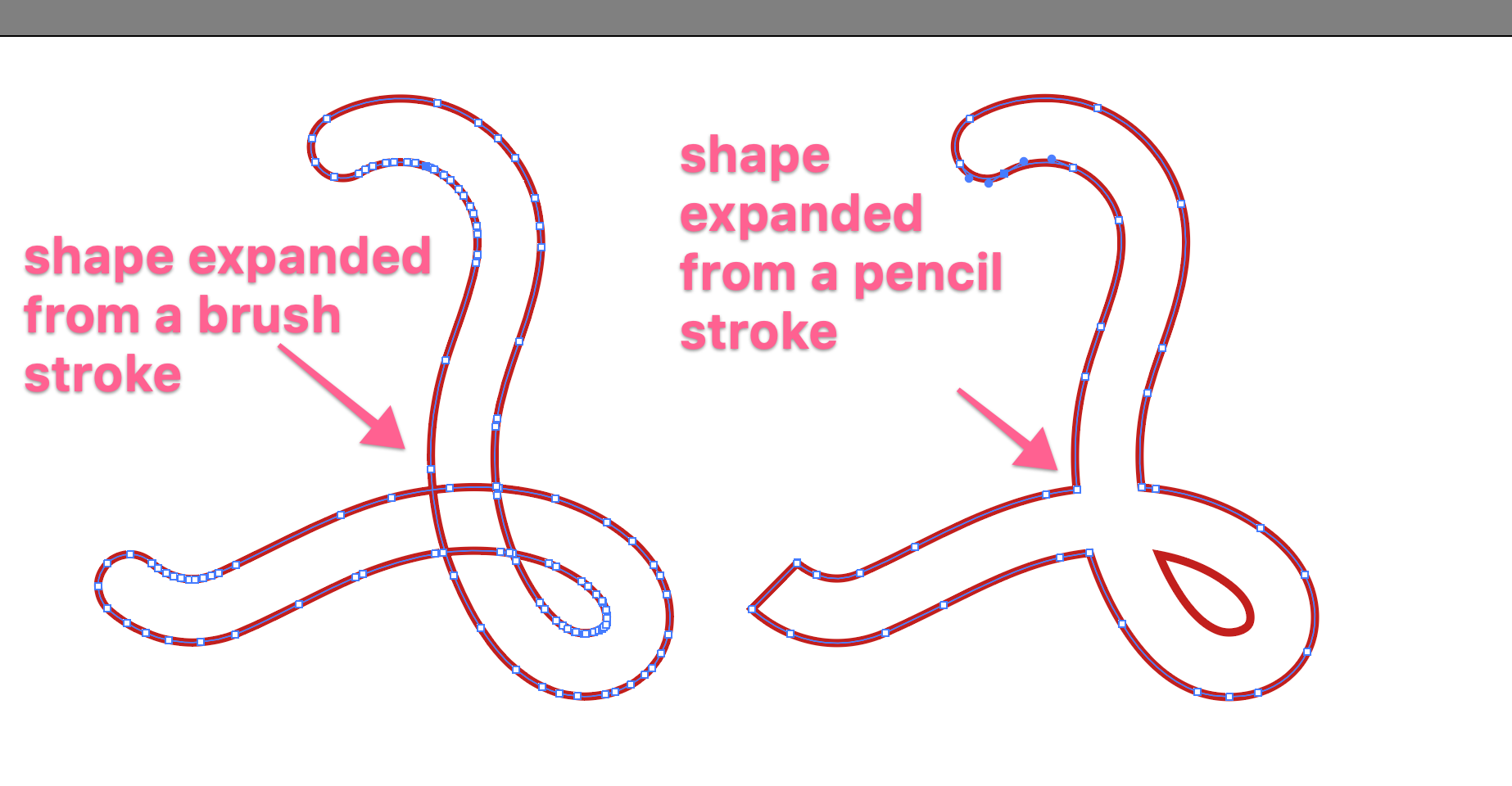 There's surely no other reason that expanding the non-brush version is decided to be flattened such way. The same principle is used in Inkscape and Affinity Designer.

Brush strokes are complex because any shape can actually be a brush if defined so. The brush pattern is mapped along a plain Bezier curve when a brush is applied.

With some tinkering you can expand non-brush strokes and keep the self crossing loops:

This also increase the number of nodes, but it's less than what applying a brush causes

Applying the simplest possible brush and expanding the appearance really generates a huge amount of new nodes, but it can be taken back to some degree with Object > Path > Simplify. Its preview helps to check that the curve doesn't change visibly. With it the final number of nodes is about the same as what's got with the path splitting method. An example:

Both are started from the same 3 node curve drawn with the pen.

In the left the curve is splitted and the halves are expanded (not joined) In the right a rectangle is used as art brush and the appearance is expanded.This is the result after applying Object > Path > Simplify, both sliders were near the right end. Preview and show original were ON.

I think the key difference here is the Pencil tool "basic" setting is a simple stroke, whereas a brush is actually a shape applied along a path. When you Expand the Appearance of a brush, you are essentially revealing this underlying shape. A stroke on the other hand has no underlying shape to be revealed.

Illustrator's user interface is possibly the source of confusion here since "basic" is not a "Brush Definition" as such, despite the fact it appears in the box named "Brush Definition". Rather than "basic" it might have been more intuitive if Adobe had named this brush setting "none".

If the rounded ends are a problem, it would be possible to draw a square and define it as an Art Brush, then apply that to a path drawn with the Pencil tool. 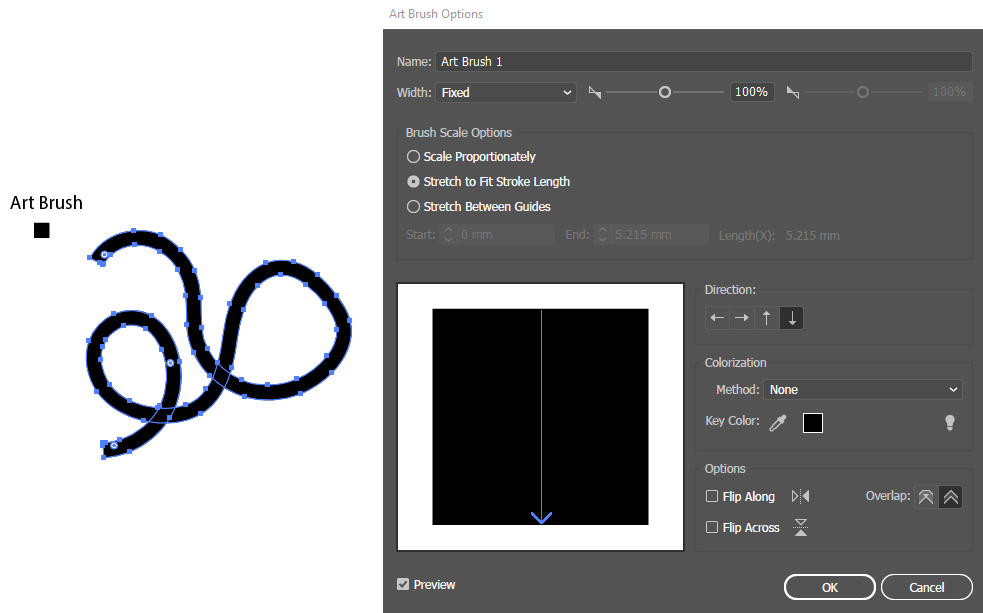 Also note if you end up with too many anchor points, it's easy enough to do Object > Path > Simplify.

Not the answer you're looking for? Browse other questions tagged adobe-illustrator stroke appearance or ask your own question.

1
Snapping shape anchor points to a curved path in Illustrator
3
Illustrator changes stroke direction (bug?)
6
Best practice to track procedural image creation?
1
How to fill in shape made with brush tool Illustrator CS6
1
Smooth width transition with a calligraphic brush stroke
0
Why my illustrator brush acts differently than the tutorial one?
1
Handling whitespace at points where shapes interconnect/overlap
0
Why is my brush stroke lighter than the same fill color?
1
How can I maintain outer stroke on overlapping path?
1
Illustrator: wave background with custom defined strokes