How to achieve this grain effect in photoshop? 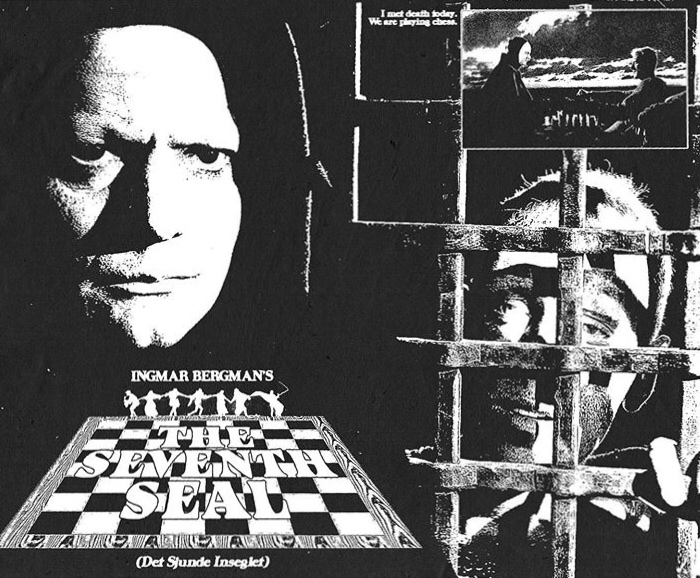 Tried to replicate it from the original black+white image I found on the web. Far from being accurate, but this is what I got:

The "filter" you presented looks like a result of scanning a poster with a two-level scanner (i.e. a scanner that 'sees' just two colors - black and white, and no shade between them. Fax machines work that way).

Found on the internet as the starting point of the process. If you wish to apply this effect to other images, I believe this approach can be useful. 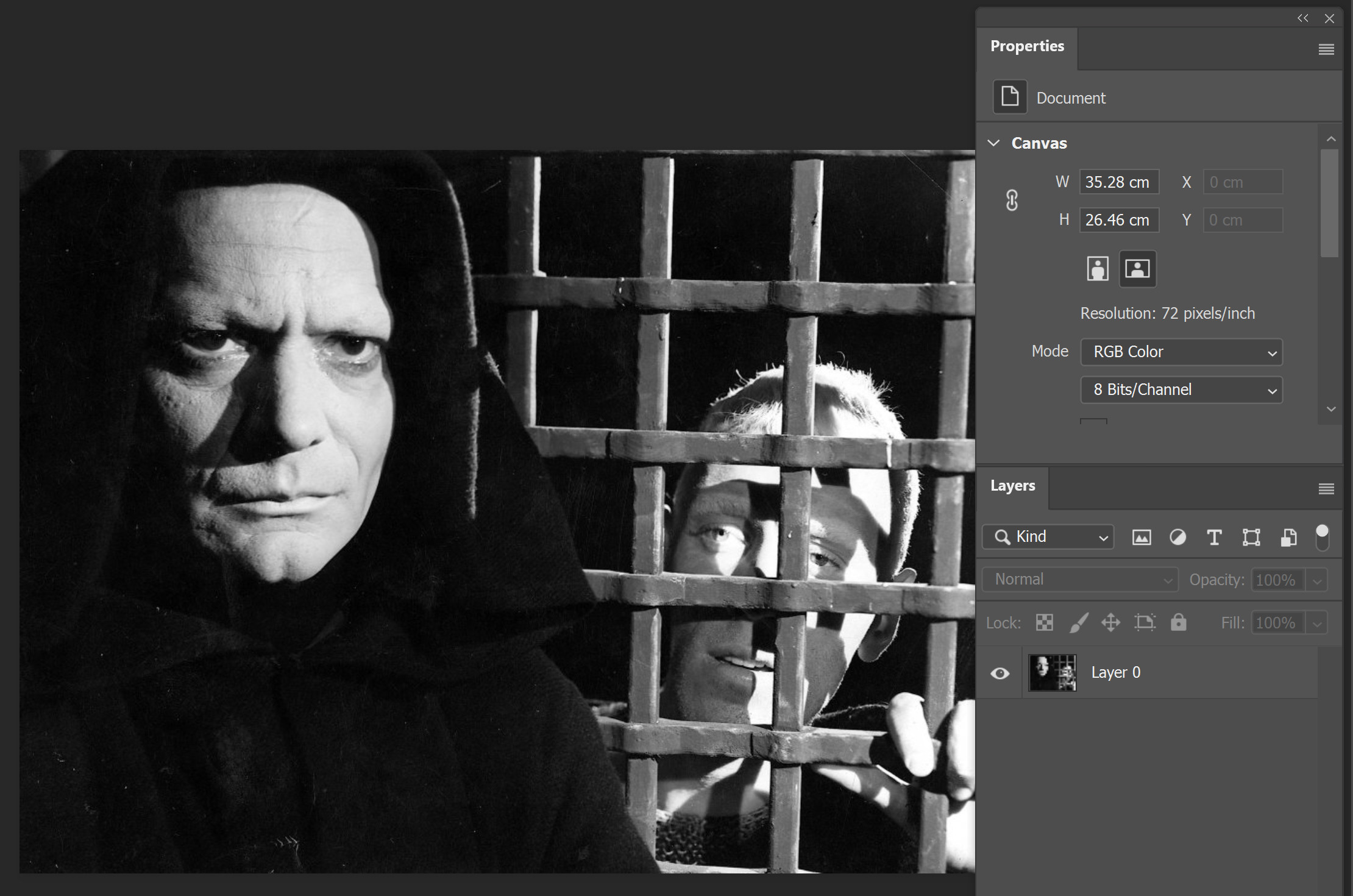 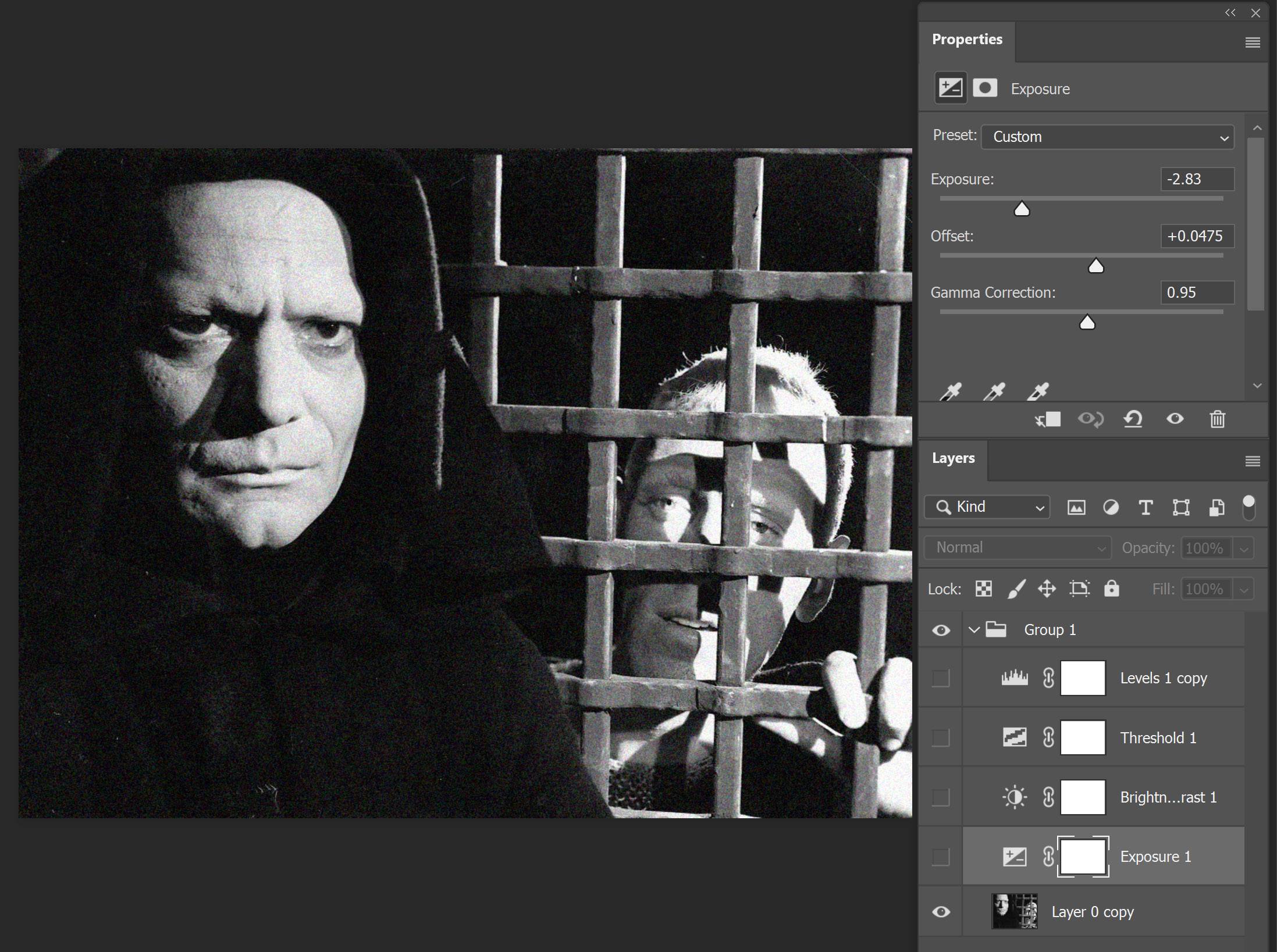 Messed around with the exposure a bit. Lowered it to get some more texture on the face. 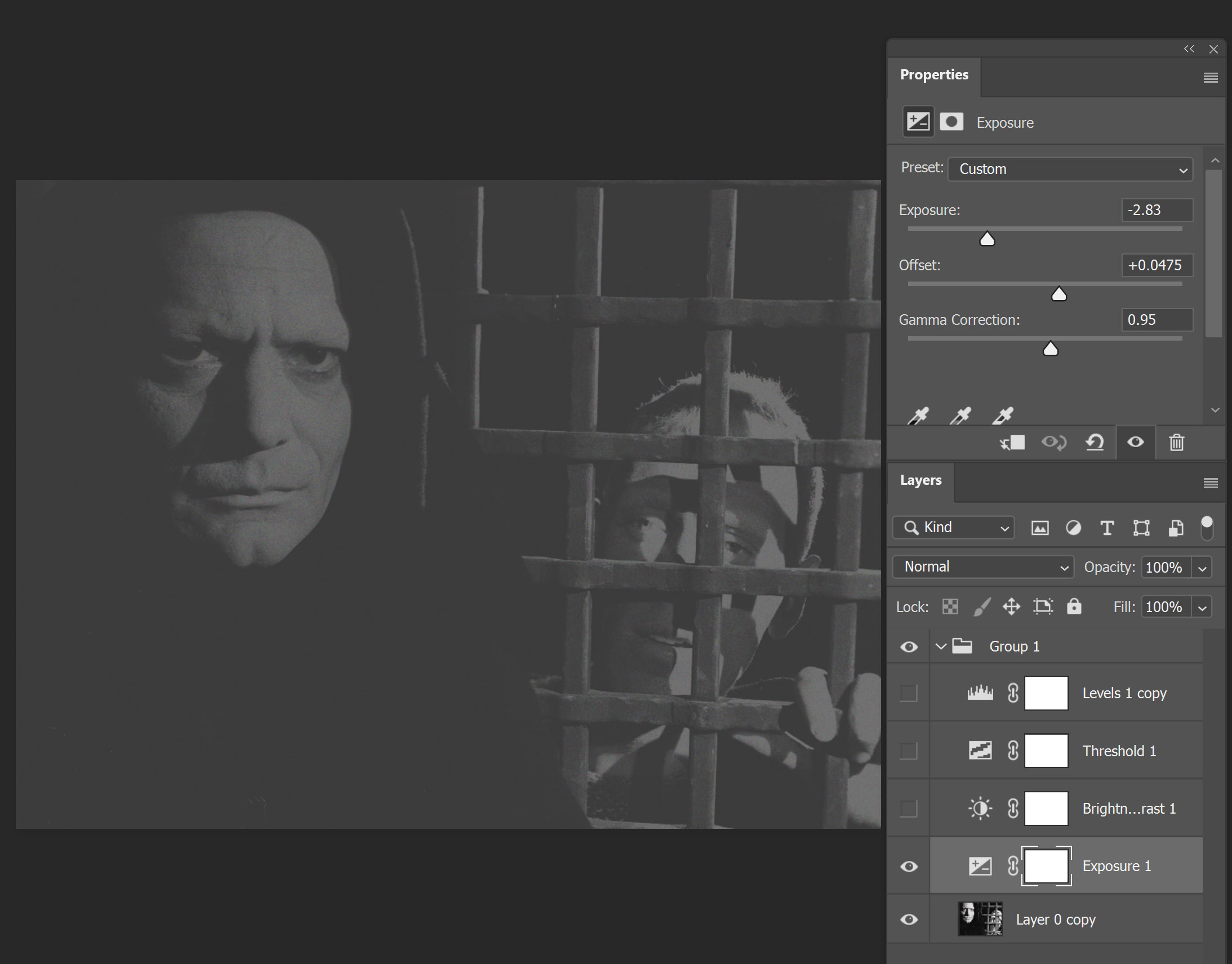 Same here as with the exposure. Frankly it was trial and error. 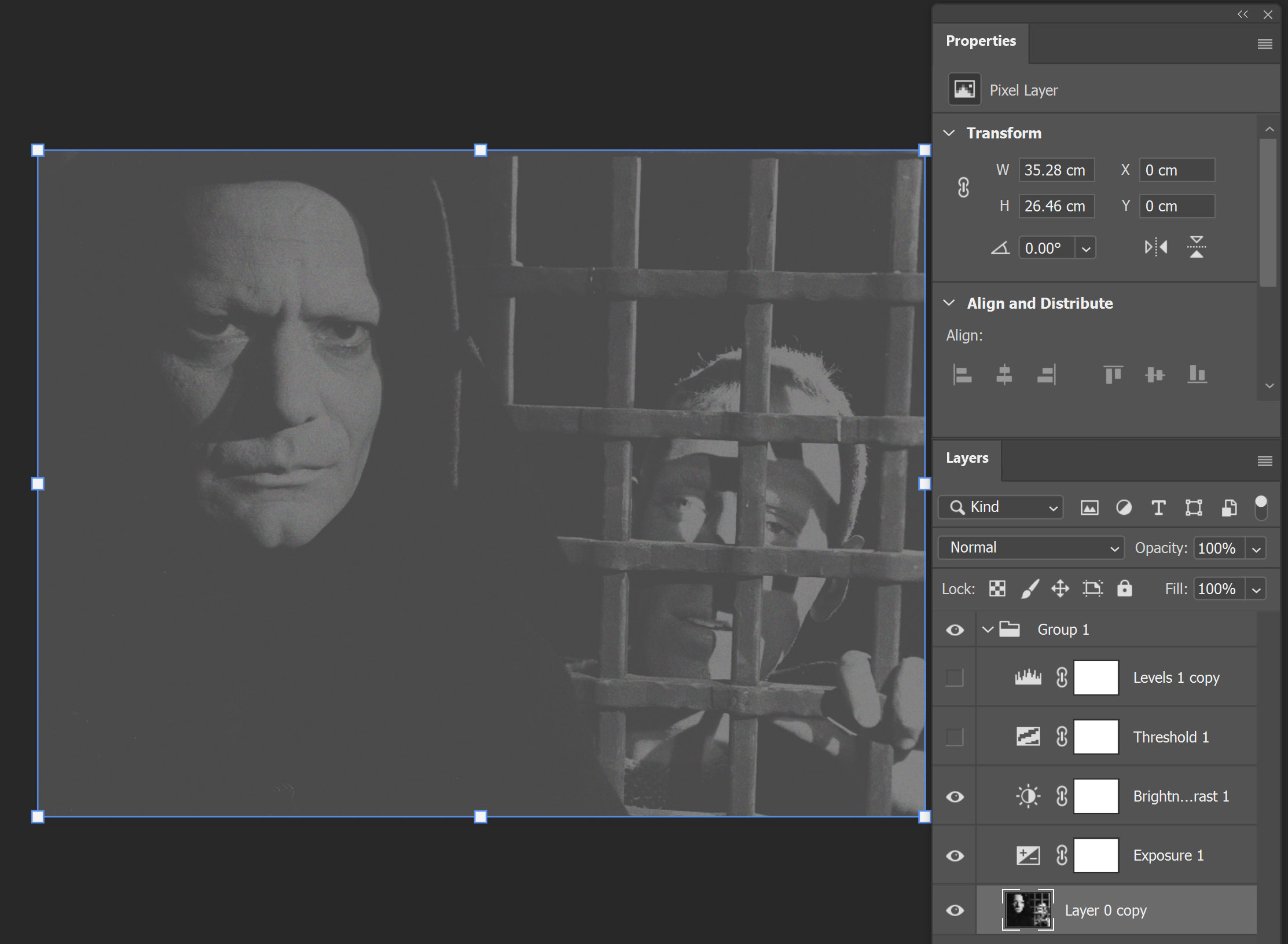 Set a certain threshold to get rid of all the greys in the image, to make it a binary image (consisting of black and white pixels only). 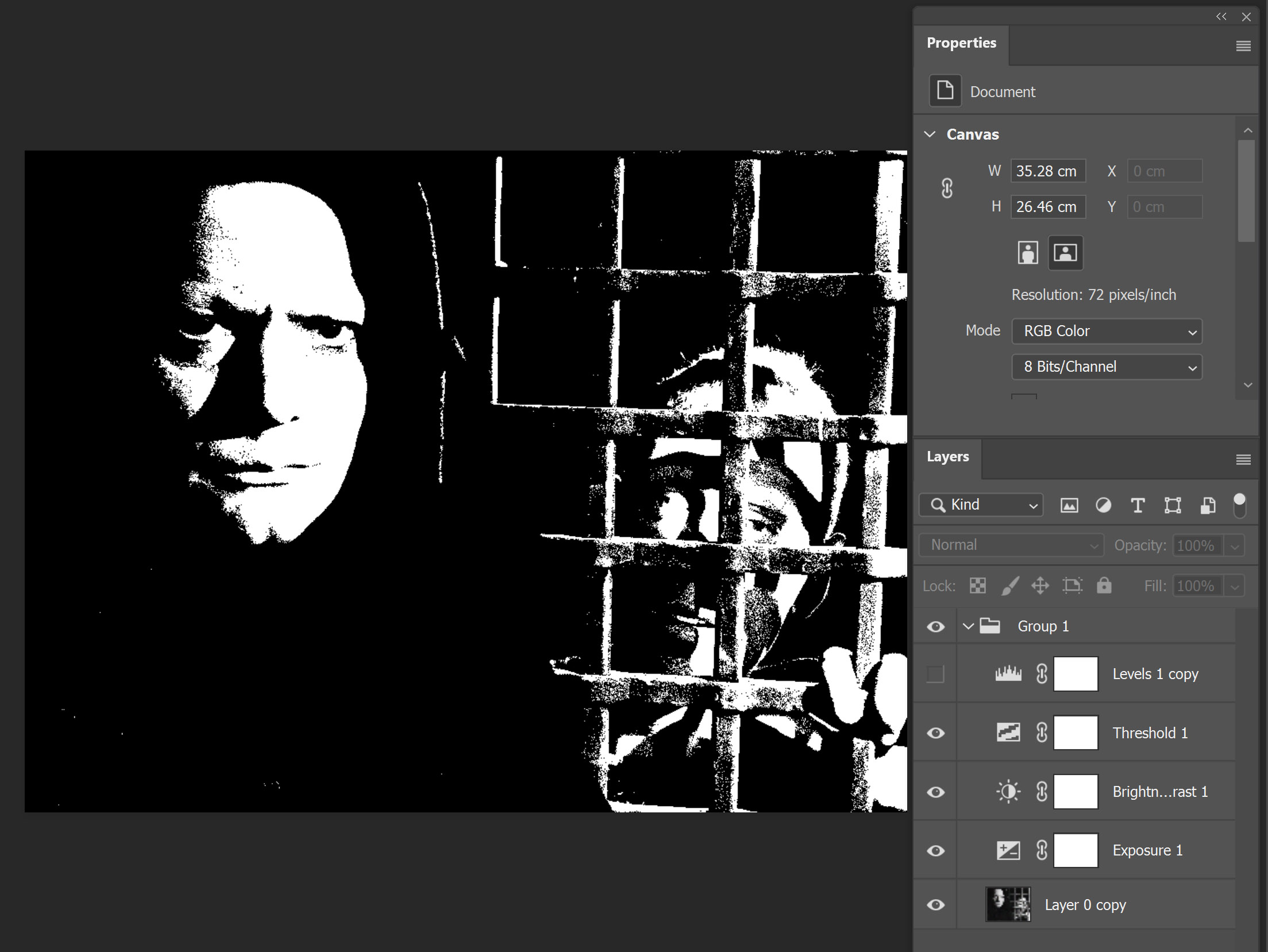 Shifted the black part of the histogram towards the middle, to reduce contrast, i.e. to make the darkest areas of the image less dark (from black to grey). 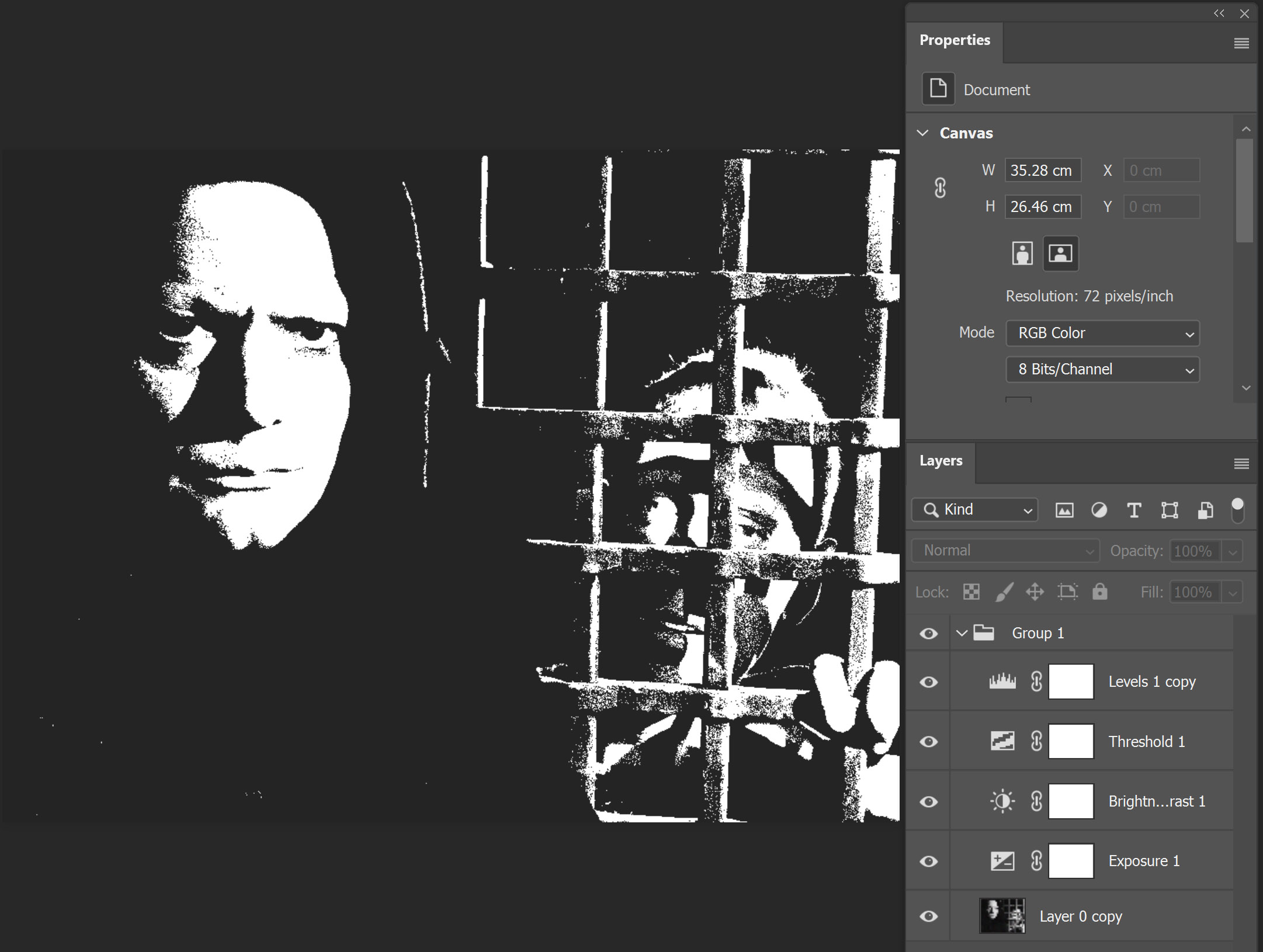 Added a layer of crumpled paper I found on the web. Gave it a low opacity and blended it in. Added a 'levels' filter on top of it to make the entire image darker, as blending the (white) paper made the image too bright. 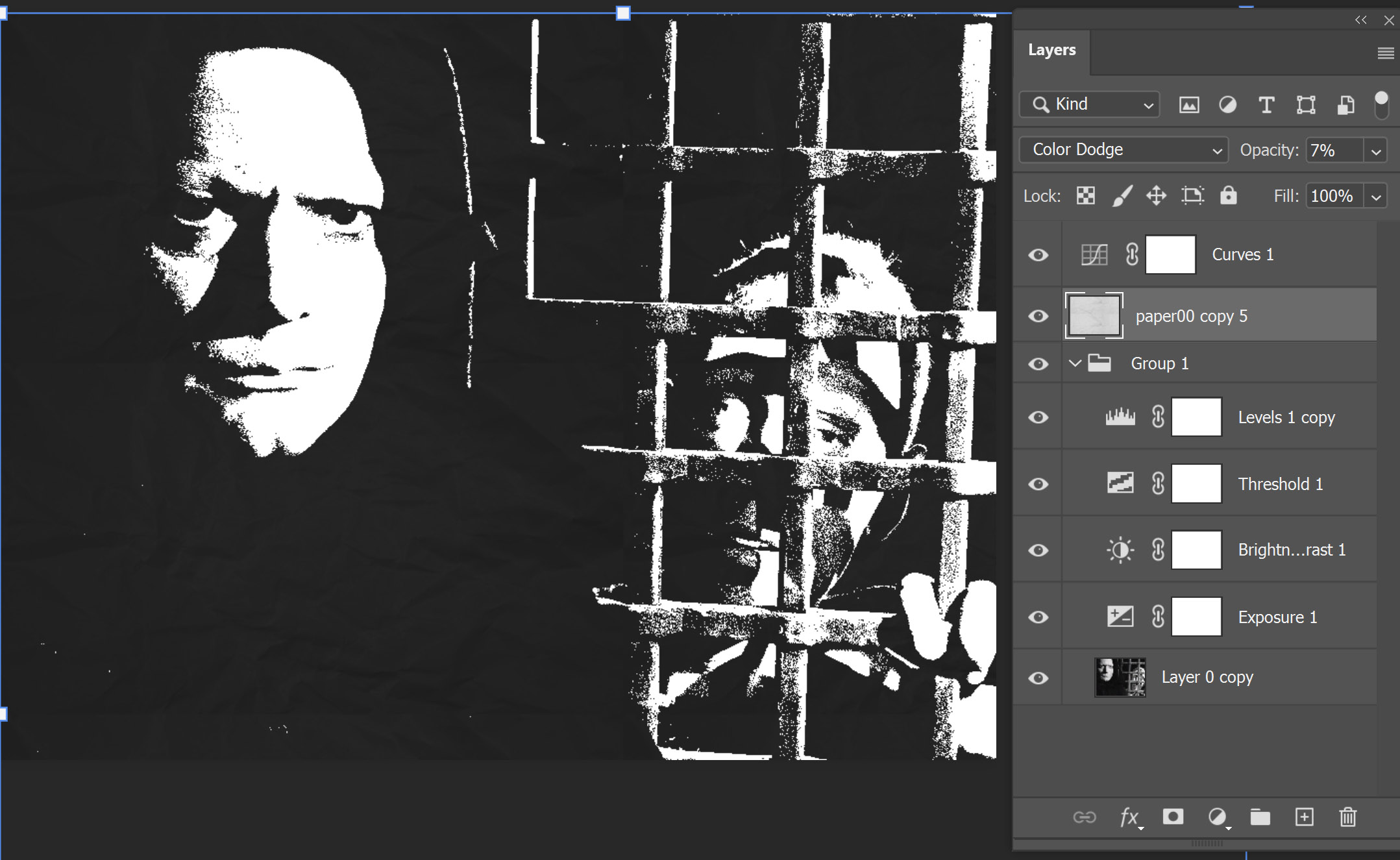 I would turn the image layer into a Smart Object, run the Camera RAW Smart filter and increase the Contrast, and in the Curves tab increase the Highlights until they are white. Then apply Grain in the Fx tab.

Then finally apply a Threshold adjustment layer to the Smart Object, and reduce its opacity a bit.

Using a Smart Object and Smart filters is useful because these can be tweaked later as much as you want.

Not the answer you're looking for? Browse other questions tagged adobe-photoshop images texture noise or ask your own question.

8
How do I recreate this radial noise effect?
1
Adobe Illustrator: Unable to apply Grain-Effect to Gradient
1
How to get a grainy/dithering effect on drawings?
5
Photoshop: how to recreate this uneven noise effect?
2
How to achieve this grain texture - Photoshop or illustrator?
2
Methods to achieve a similar light grain texture?
1
How is this type of grain/noise effect made?
3
Adding film-grain to large image (how to make "grains" bigger)
2
How do I find (or replicate) this detailed texture?