Level of transparency based on similarity between images GIMP

I am working on a fish project - sand goby, that is semi transparent, see the extent of the fish transparency on different kind of background:

I was researching a bit, and found this How do I create a transparent image that is the diff of two images in gimp?

Kind of like having a glass object, and trying to place it on different substrates...

Is this even possible in GIMP, what kind of tools would you suggest? I know some coding in openCV, PIL, but not to such extent.

Final goal would be to use the png as a texture for blender 3d model of sand goby.

Any help is highly welcome! 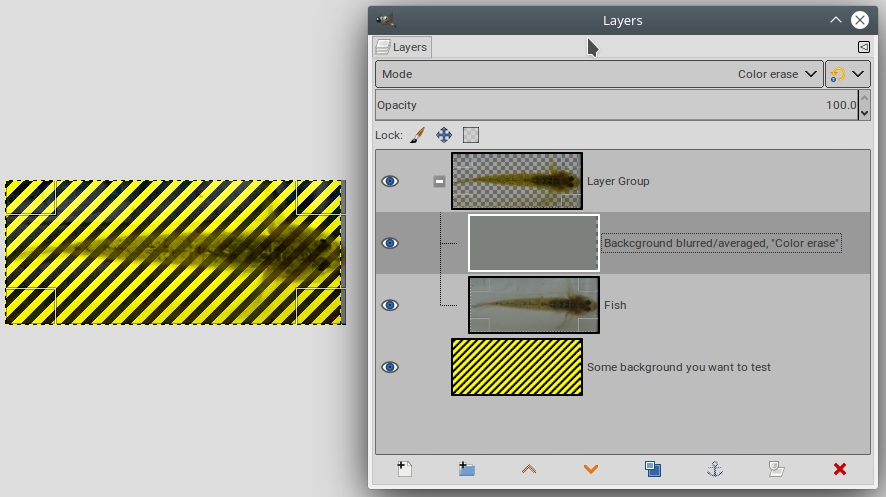 Not the answer you're looking for? Browse other questions tagged gimp transparency background or ask your own question.

0
How do I create a transparent image that is the diff of two images in gimp?