Illustrator: How to print things outside of the artboard?

I'm basically trying to accomplish this:

Long explanation: The reason I need to do this is because the artboard needs to be certain dimensions when sending the PDF. BUT when printing, I need to include extra art that will not fit onto the artboard. When the file is saved, it only should include one artboard, so I want to avoid the extra steps of having to create an extra board just for the print out, then have to delete and save it (I know it doesn't sound like a big deal, but others will have to do this, and they get confused. Also, we deal will hundred of files a day, and the extra steps add up.) Is there any easier way to do this that I'm just not thinking of?

This is starting to sound like a bit of riddle. Any help or other alternatives would be appreciated. Thank you!

Create a second artboard containing everything you wish to print. 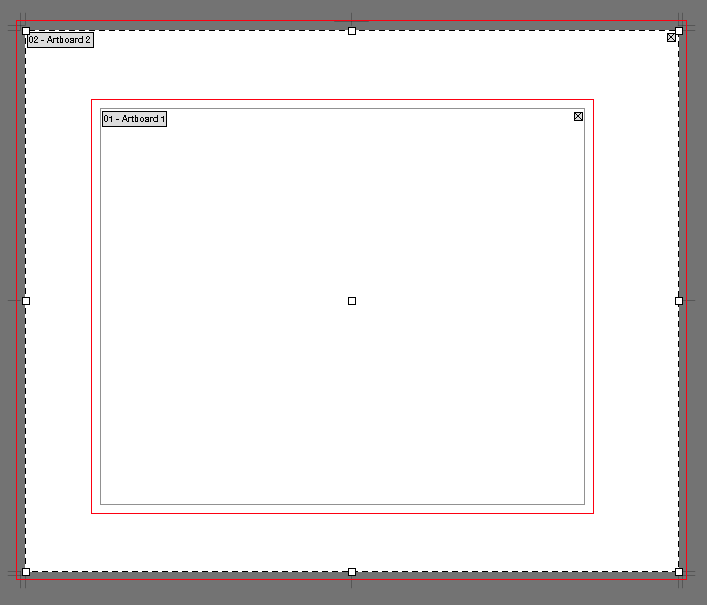 If you need only 1 artboard per file...

My priority would be the printing aspect, which normally is more demanding than an electronic publication.

Not the answer you're looking for? Browse other questions tagged adobe-illustrator print-design pdf or ask your own question.

0
How do I get the client to see his files (PDF) the same colours as it will print?
2
Illustrator CC bug: “save as PDF” with single artboard actually contains entire file when re-opened
0
Delete everything beyond the artboard in Illustrator
0
Illustrator: make EPS bounding box match artboard
2
How to export / handle extremely large PDF (RGB) conversion to Print (CMYK) with Illustrator/InDesign?
0
When I Place A PDF, It Does Not Show The Correct Artboard Size (Doesn't account for the empty white artboard)
0
How to reduce my Illustrator file size and should I raster my bristle brushes?
2
How does Illustrator calculate the “Fit to page” print option?
0
How do I ensure the file I send to an external printer will print correctly?