I am attempting to create the outlier of a picture. Supposedly, when using layers, independently of the objects opacities, if they are in the same layer they shouldn't overlap. This is, their area of contact shouldn't have a darker colour resulting from the sum of their opacities. Please correct me if wrong. I've just started graphic design.

As you can see from the picture below, that's not the case. The image I want to overline is in the layer Image and in a different layer, Outline, I have my objects (and paths later on).

Could someone please tell me why this is happening and how could it be fixed? Thank you. 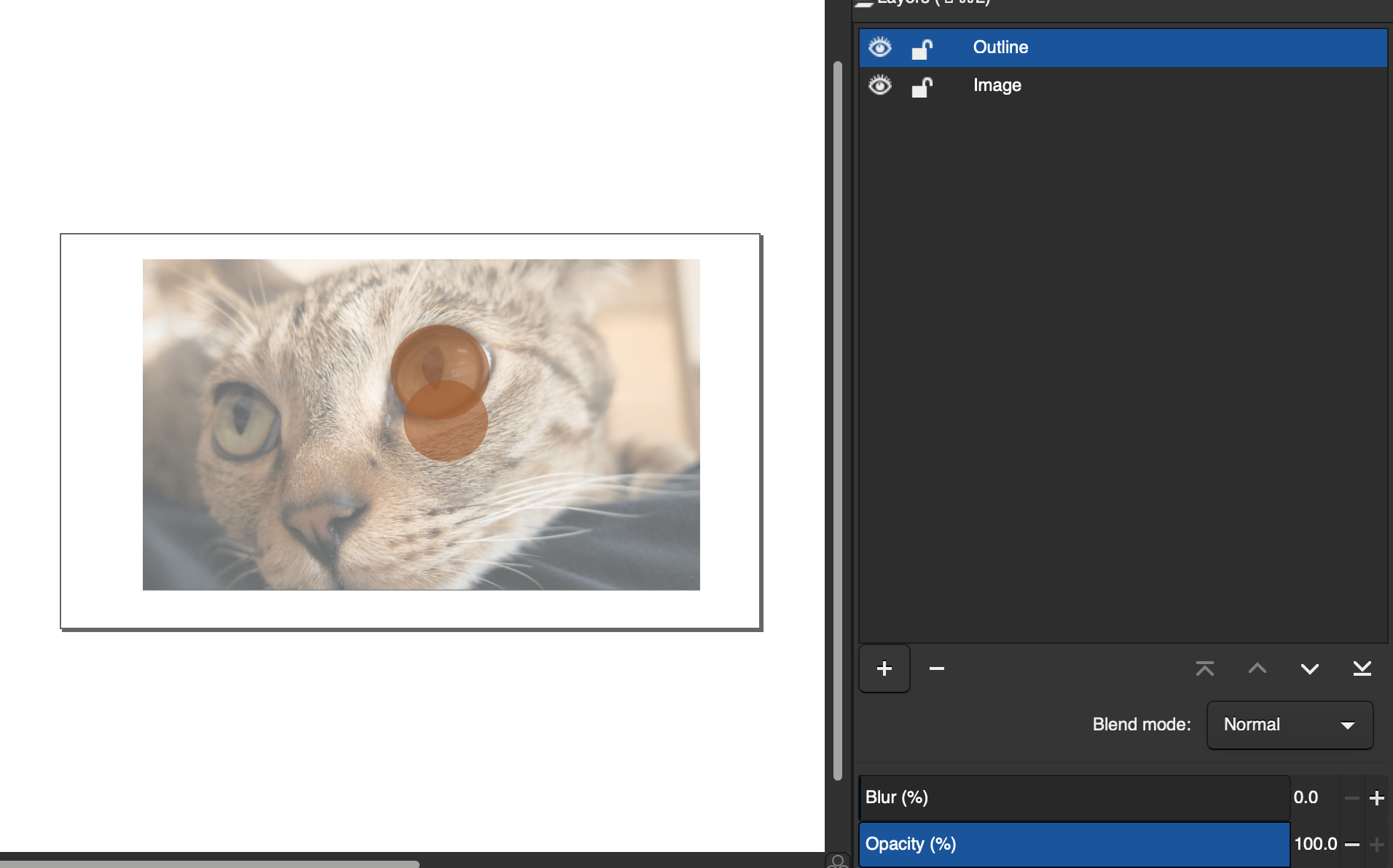 I think you're wondering why there is a darker area where the two circles overlap?

What you want to do is leave the colour opacity of each object at 100% and change the layer opacity. This affects every object on the layer, and how these objects interact with other layers, but it doesn't change how objects on the same layer interact with each other (so 100% opaque objects on a layer are still opaque in relation to each other.)

I've thrown together a quick graphic to demonstrate what I mean. In Image A, each circle has its opacity reduced to 50% and you can see the dark overlap. The layer itself is at 100%. Image B has the circles at 100% opacity, but the layer is 50%. As you can see, there's no overlap. 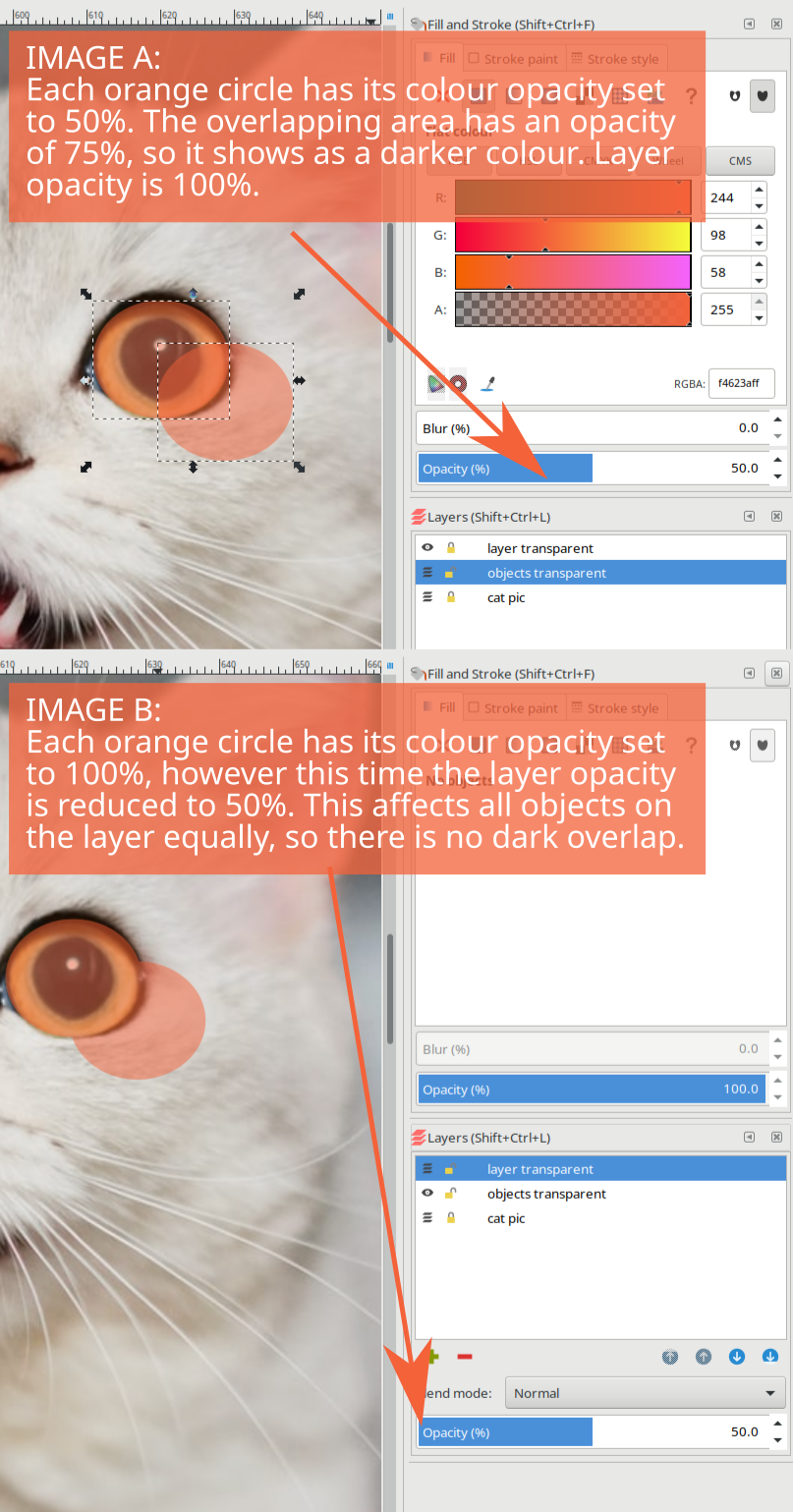 Finally, if you're new to Inkscape, be aware that there are a couple of ways to change the opacity of an object (you may know this already, but just in case!) You can use the slider that I've pointed to Image A to adjust transparency, but you can also change the alpha value in the colour itself. In the Fill and Stroke panel, look at the colour blocks labelled 'R', 'G' and 'B'. Underneath those is another labelled 'A'. You need this to be at 255 for the colour to be fully opaque.

Confusing question, not sure if I've understood it properly. Apologies if I haven't.

Anyway, there's no need to use layers for this.

Not the answer you're looking for? Browse other questions tagged inkscape layers transparency overlay or ask your own question.

1
Why can I not align these two elements?
0
Add a new layer to a set of button icons
3
Problems with Inkscape's trace bitmap when converting with multiple colors
0
Inkscape: how to add background stripes not overlaying some objects
3
In Inkscape, how do I move individual parts of a clipped region?
0
Inkscape transparent layers on top
0
Inkscape Mac: how to organize objects in the same layer
2
Inkscape: using one object to cut away another while leaving both as “live editable”?
0
Affinity Designer: Overlaying Colours