What is the font used in The Futur's prints?

You can find The Futur's prints here — I think it's the same font they use in their videos.

At first, I thought they were using Futura, but the a's don't match.

Then, after going through some identifiers, the closest I could get was Adobe Fonts' Neue Haas Grotesk. But Brandon Grotesque — which seems to be a rebranding of Akzidenz Grotesk1 — also seems to be a good fit. Neue Haas Grotesk isn't mentioned in their Typography Manual Video so I suspect it isn't the correct font.

I'm pretty new to design, so if you can mention the tools and techniques I'm lacking in order to identify this font, I would really appreciate it.

1 Which some people told me was also rebranded as Helvetica. 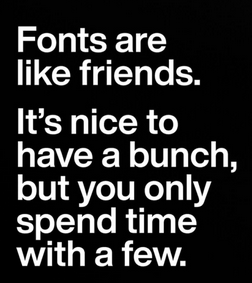 Looks like Helvetica Now Text Bold to me, which is an update they did in 2019 to the good old classic Helvetica.