Is there a certain type of image name for this design?

Want to know if its more photography than photoshop editing. Basically what I'm trying to say is if I can take a picture and replicate this design in photoshop. 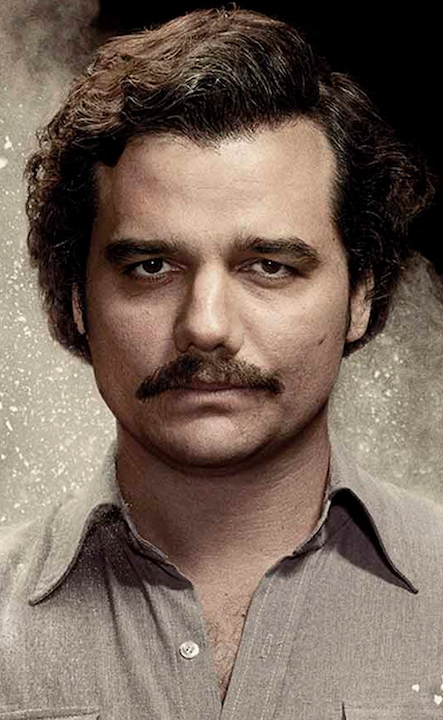 I don't see any obvious signs of Photoshop editing in that photograph. In any case, we'd need to see the original to determine what, if anything, has been done to it in post processing.

That said, I think if anything has been done to it in an image editor, I suspect it would be minor tweaks to the toning, possibly replacement of the background, but nothing major.

I think the main effect you might be seeing is down to the lighting technique used in the studio.

It's what's called Rembrandt Lighting. You can tell because of the triangular highlight shape on the subject's right cheek. It's a classic lighting technique for studio portait photography (and cinematography). Basically one side of the model is lit from slightly above on one side, the rest being in shadow except for the triangular section of the cheek on the unlit side, which catches the light. In some shots a reflector is also sometimes employed on the unlit side of the subject to lift the shadows a little. 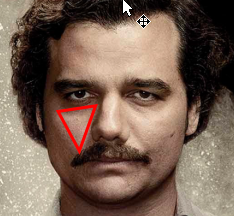 Interesting factoid: apparently the term is said to have been first coined by film director Cecil B DeMille. Although I don't think he invented it - obviously Rembrandt did, or maybe some earlier artist. Rembrandt was certainly famous for using dramatic forms of lighting in his paintings.

0
What programs are being used to design this?
8
How to get this blur texture effect in photoshop?
1
Image Blending Help in Photoshop
1
How to superimpose image on all dark areas of another image
3
How do people design this type of design?
0
What software can be used for creating a 3D model of this type?