How to use one a group of objects on one layer to cut into another?

I have a basic shape (crescent shape) on one layer and a bunch of lines on another layer. 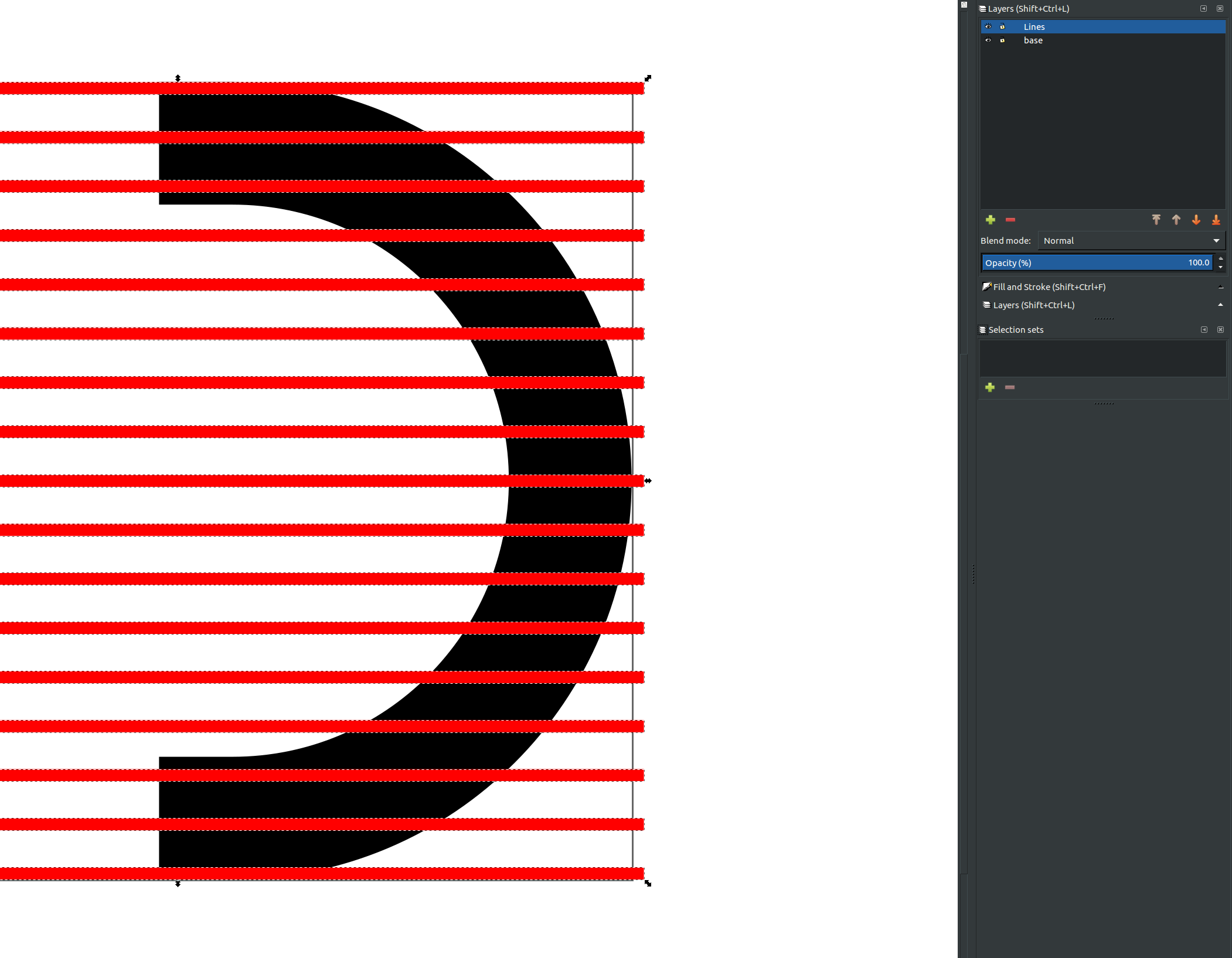 Here I just faked it by turning the red lines white.

I have followed the instructions here but they do not work.

I have tried every order of:

All I can get to happen is that the black object totally disappears.

I have also tried grouping and un-grouping the red lines.

This has raised some questions

You don't need to use separate layers for this. The red lines just need to be above the semicircle in the object stack. 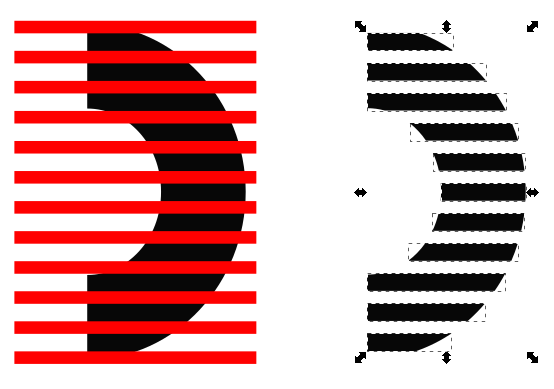 You can find out if objects are in groups by opening the Objects panel (using Object > Objects). Unless it has been manually renamed, a group will be labelled with a letter "g" follow by some numbers. Alternatively just select everything and hit ungroup several times until there are no groups left.

You can find out if an object is a stroke or a filled path by selecting the object with the Edit Paths by Nodes tool F2. You will see the path in the middle of the stroke, as opposed to a path that is filled. For the above technique to work, you want just filled paths, no strokes.

You can also select an object and open up the Fill & Stroke panel Shift+Ctrl+F to see what attributes have been set.

Please also note that ellipses and rectangles created with these tools are shapes, and not actually paths until you convert them to paths. You can use Path > Object to Path for that. You can skip this step when converting a shape directly to a filled path using Path > Stroke to Path.

13
How do I select multiple paths in inkscape?
5
Outset small rectangle path in Inkscape without round distortion?
3
How do we cut multiple objects with multiple colors at the edge of a shape? Without clipping!
7
How to turn entire square image into trapezium
0
How can I create a shape based on contiguous color area in Inkscape?
2
How can I define one path for multiple shapes from either side of it in Illustrator?
1
Can't move object: object moves back to original place in Inkscape
0
Inkscape - “Exclusion” reverts “break apart” and puts all nodes to one path
1
Why is path difference not working despite all requirements being fulfilled?