What is a good technique to layer one colour on top of another colour of the same colour?

The part I struggle with (that would be all colour theory :D) is as follows:

So I choose a colour with my limited to non-existent colour theory and then create two shapes and put one on top of the other so you can see both colours, then lower/increase the blackness on the top layer and it always looks awful.

I've seen what you can do with colour on dribbble and I really want to be able to do that, I know I'm a long way off. 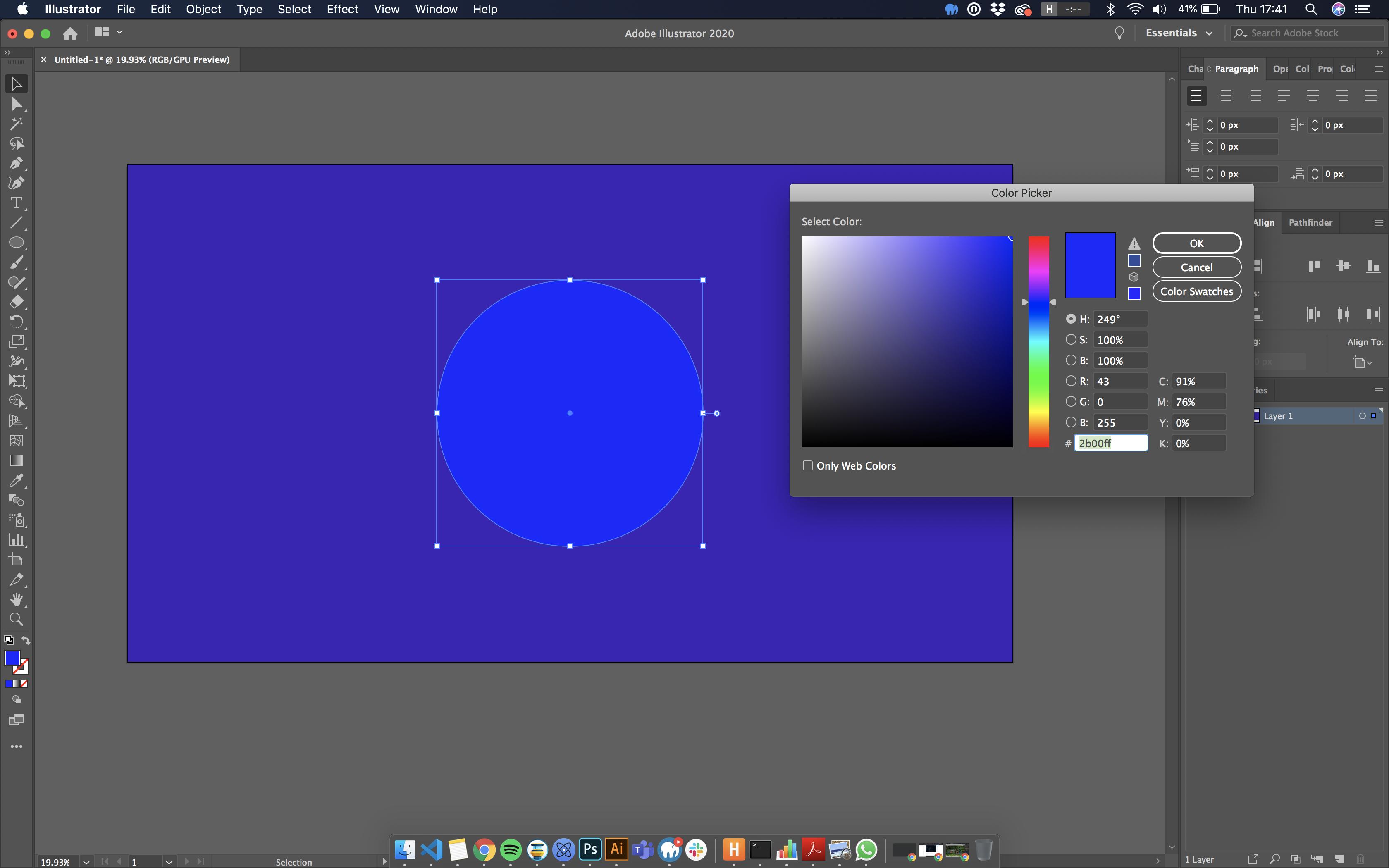 What is a good technique to layer one colour on top of another colour of the same colour?

Ok... let's start with your comment about what you've seen on dribbble - I grabbed the first heavily-chromatic comp I saw on loading Dribble just now: 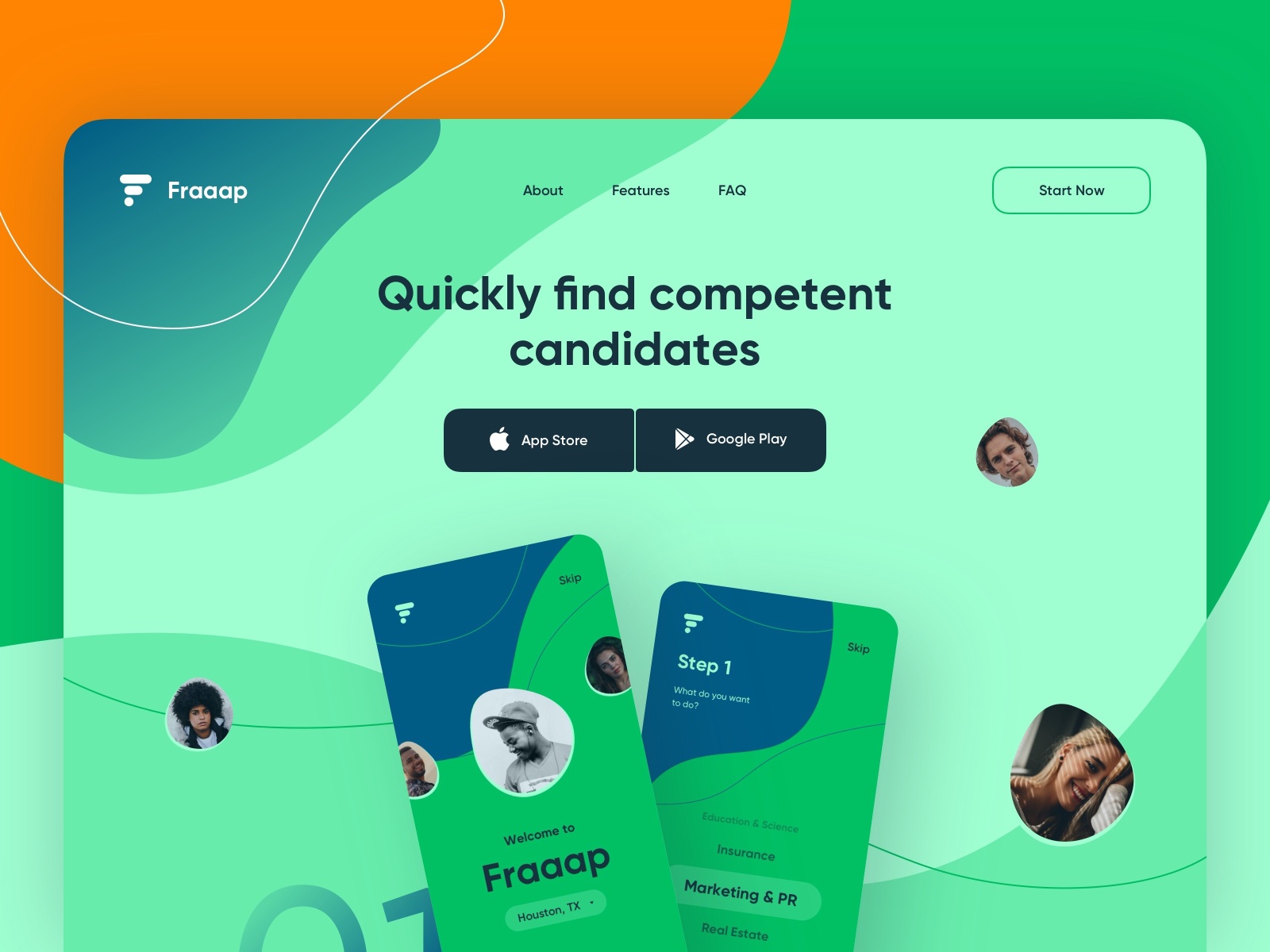 This is a classic split-complimentary colour scheme - we'll re-examine that statement in a bit.

First a very brief quick overview, with some screengrabs from adobe's colour site to illustrate.

Colour schemes are as many and varied as you might guess, and there are acculturated impacts on colour perception as well - but for the moment we'll look at current Western-and-industrial-world graphic design oriented colour theory - which also applies to other graphically-rich fields like architecture, illustration etc.

Schemes are just theoretical / mathematical models which try to codify commonly-held views on the æsthetic values of certain colour relationships - they are abstractions of something already somewhat abstract, and so of limited value in any given circumstance. That is to say, though they are wonderful guidelines and jumping off points, they are not rules or codifications to be followed slavishly or like an automaton.

They are largely divided into types based on the visual relationship with hues mapped around the typical colour wheel or colour sphere.

First a quick primer on the terms I'll use, which are different now than when I studied graphic design a long time ago - my terminology and approach to colour theory changed when I studied architectural design in the early 2000's.

Chroma: the amount of colour intensity in a given swatch, independent of value (lightness/darkness) or actual hue.

Hue: the base colour itself (hue angle on the colour wheel) independent of chromacity or value.

Analagous: a scheme in which the swatches hues are close, grouped roughly equally around the main swatch chosen - think for example of a sunset.

Complimentary: a scheme in which the swatches hues are literal direct opposites on the colour wheel, a full 180 degrees apart.

Triad: similar to the split complimentary above, except that the angles between the three hue angles are exactly the same - like an equilateral triangle.

There are dozens of other commonly-used schemes, but these are by far the most common in use today.

See if you can sort one out from the other in these images without reading the test in the images - this will be your first real exercise in colour theory. 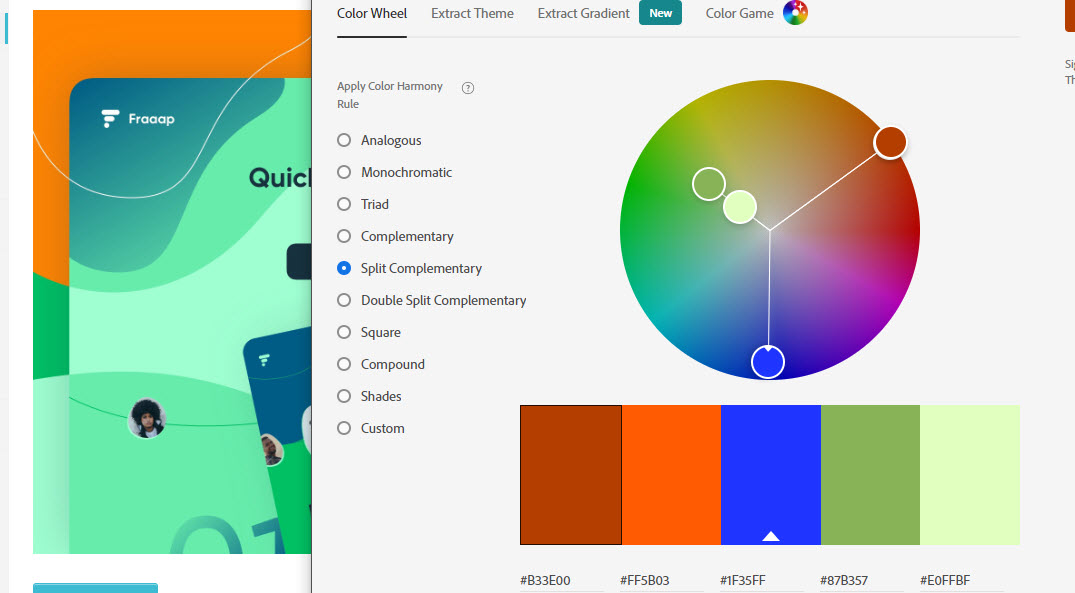 And hopefully now you can see why I said that the example you gave was a split-complimentary scheme!

There's just a tonne more to this - many of us studied colour theory in school for years - because there's always more depth, more to learn - how your eye perceives colour, colour spaces and gamuts, additive versus subtractive colour, how dyes work, how totally undyed surfaces like beetle carapaces can have such amazing structurally intrinsic colour (like a diffraction grating tuned to specific wavelengths) that never dims despite UV exposure (unlike most dyes) nor absorbs specific wavelengths at all.

Then there's the fascinating stuff about how humans perceive colour internally - not structurally in our eyes, but in our brains - did you know that in general, warmer hue (red-orange-yellow) are perceived as reading as closer than cooler (blue-green-violet) tones? This is theorised to be due to our lifetime of experience with atmospheric perspective, and the way that distant items are slightly blue-shifted and made less chromatic and with lower value during the day as they get closer to the horizon - the testing which they've done for this was with simple colour fields, and the statistical overall was that most people perceived the bluer-tones to be somehow further away... which can have subtle but profound impacts on your choices in composition.

There's also the eye structural and nervous stuff which is equally engrossing - and as a graphic designer with a close relative who's colour-blind, I've always been aware of this issue and its impacts - oh by the way, look for and install Color Oracle on your desktop if design is a serious effort for you - simulates the most common forms of colour-blindness at the OS and display level allowing you to assess schemes you come up with for accessibility. Colour response and perception also changes with time of day, level of tiredness, eye strain, sickness, and mood.

So... my first piece of more serious advice is - start acquiring books. Lots of 'em. Build yourself a design library.

And finally, if you've time and funds, study this in school!

If you are trying to remain harmonious in a monochrome piece, it's best to adjust brightness or saturation (or both of these) to create variances within the same color. Leave the Hue setting alone. 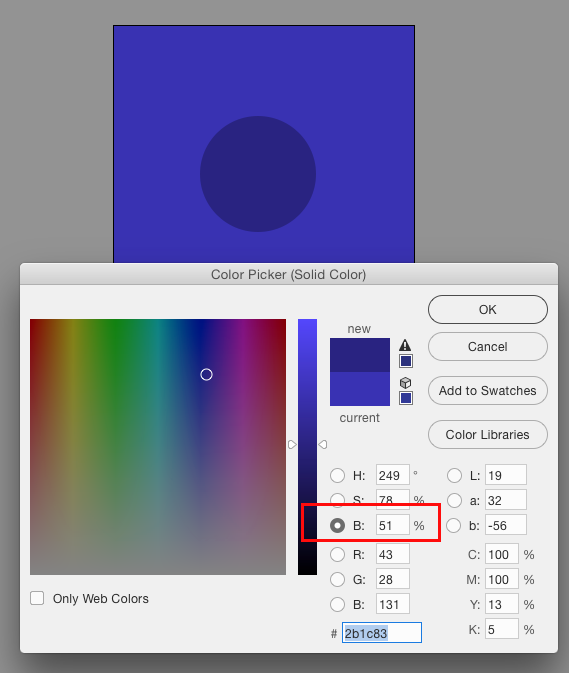 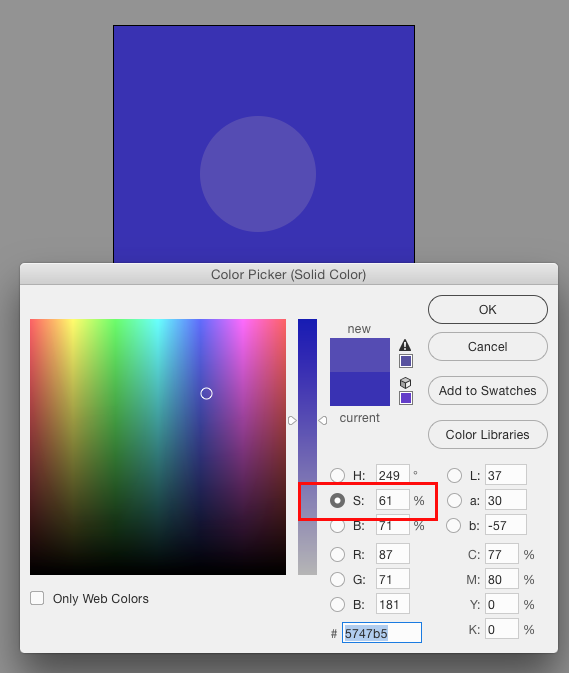 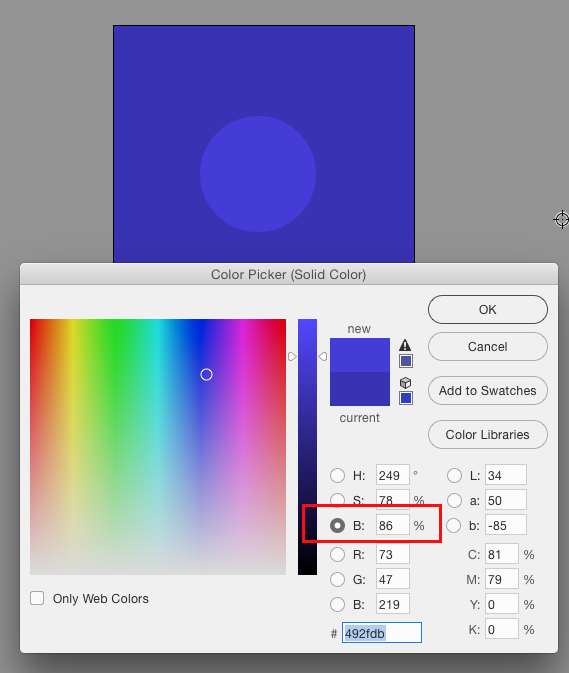 12
Is there a good way to establish a Green-Yellow-Red colour scheme?
1
Which colours should be chosen to match a metro theme and be easily readable?
5
Choosing a color on intention
18
In what cases should I pay attention to my design's colour scheme when presenting it? When I do, what is a good way to do so?
0
Choosing colours for type in web design
4
Change color/hue (blend mode) of complex graphic in Illustrator
2
How should Colour Ranges, that exceed 4 colours, be referred to?
2
Can the RGB Colour Space recreate all colours within the CMYK Colour Space?
4
Strategies for picking good colour palettes?