Why does modern low-res art seem to look better than retro low-res art?

N.B: I previously used the term "pixel art", which I took to mean "modern, intentionally low-resolution art," though that's an inaccurate definition, so I edit the title

It seems to me that modern low-res art looks better than retro low-res art, in some intangible/hard-to-pin down way.

For example, take a look at this screenshot of Stardew Valley: 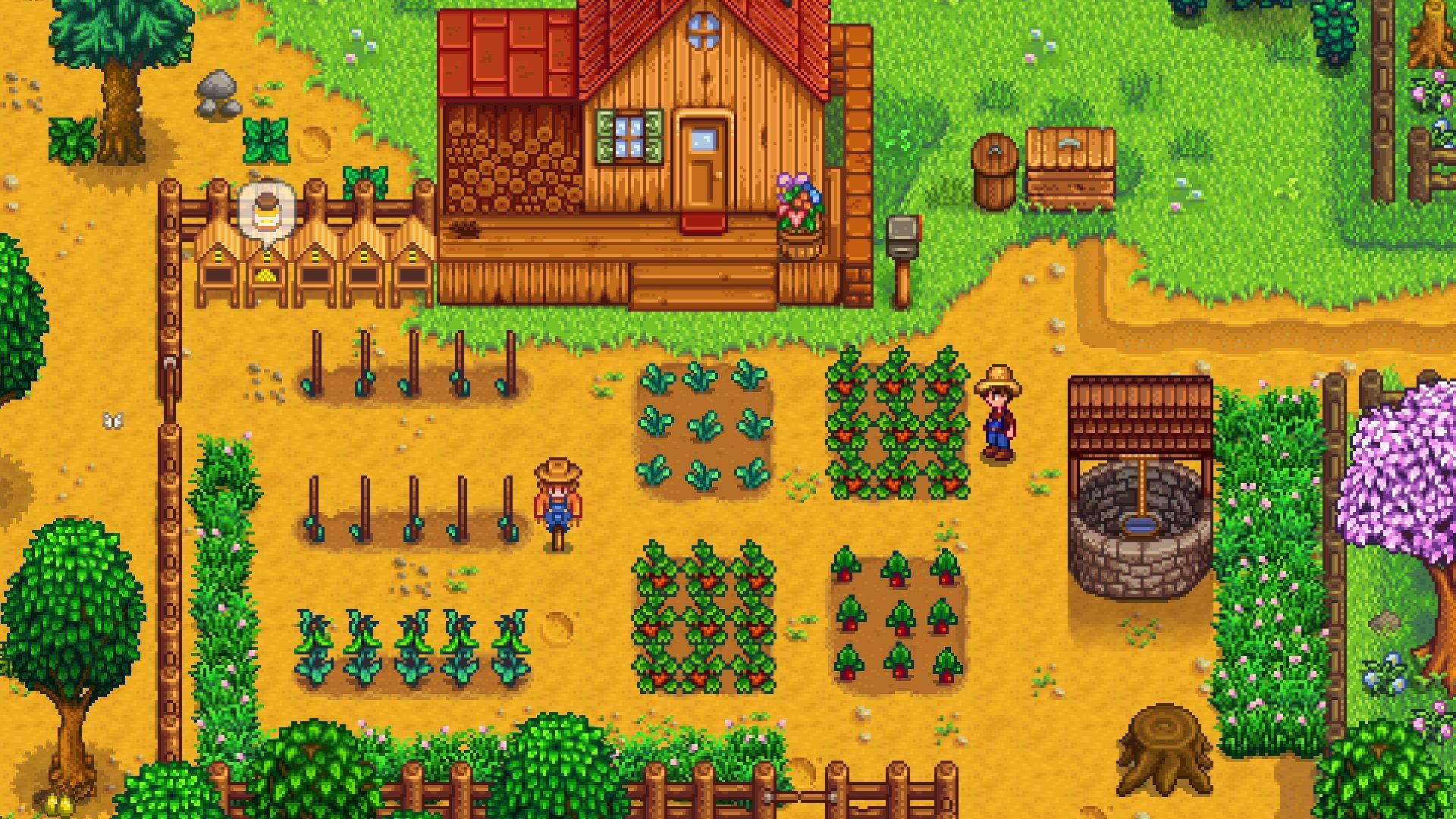 It looks much better than any retro game I can remember, but in a way I can't quite quantify. What is it that makes it look "so much better"? I have some ideas of what might be responsible:

Is it these, or something else?

(I am answering to the body of your question, please split this question into 2 things)

** Consider that a simple modern webpage can have more data even if you exclude images. So just the CSS, javascipt and html would have broken the memory budget artist had in late 1980's.

I suspect that you are seeing realism by chaos. If you take a good look at, for instance, the radishes in the lower right, you will notice that they differ. In this case, by mirror imaging, and position variation. The two rows of beans sprouts on the left also have two distinct images to start with (but didn't mirror image one of them). One needed trick in this is to ensure (where appropriate) that the same random variation happens with every rendering.

I suspect that the older games would have restricted themselves to one image without variations, that would make them look somewhat artificial. This would presumably be because of lack of storage and compute power to do the mutations. (And maybe because nobody thought of it.)

Edit: There is also some layering going on here. The poles with the bean sprouts are not part of the garden bed or the cell behind it, but occludes both.

Edit: This answers only to the original question: What makes pixel art look better than simply low resolution images? Later edits of the question have changed the subject.

Pixel art objects are created to be presented exactly with zero error on low resolution screens. Convert another image to the same low resolution and so much details can be lost that nobody can guess what was the original image. It can be originally very well done but that's lost. Low resolution hides nothing of an pixel art image, the result contains every detail and relation the artist was able to create.

If I have a low pixel dimension canvas in a program and I paint with a brush the result is crap, no matter would it be crap or not in higher resolution. That's because I'm not able to invent nor put down shapes nor relations that look pleasing in low resolution media. A pixel artist is less limited in that sense and that does not depend on do we talk about pixel artists of today or 40 years ago.

Technology's one aspect, but I'd like to focus on what I think is an even bigger one: experience.

The original games you're comparing this to? What experience did its designers have in creating computer graphics gaming - at all? Pretty much everything they were doing was groundbreaking - they didn't have any existing knowledge set to go off on it. 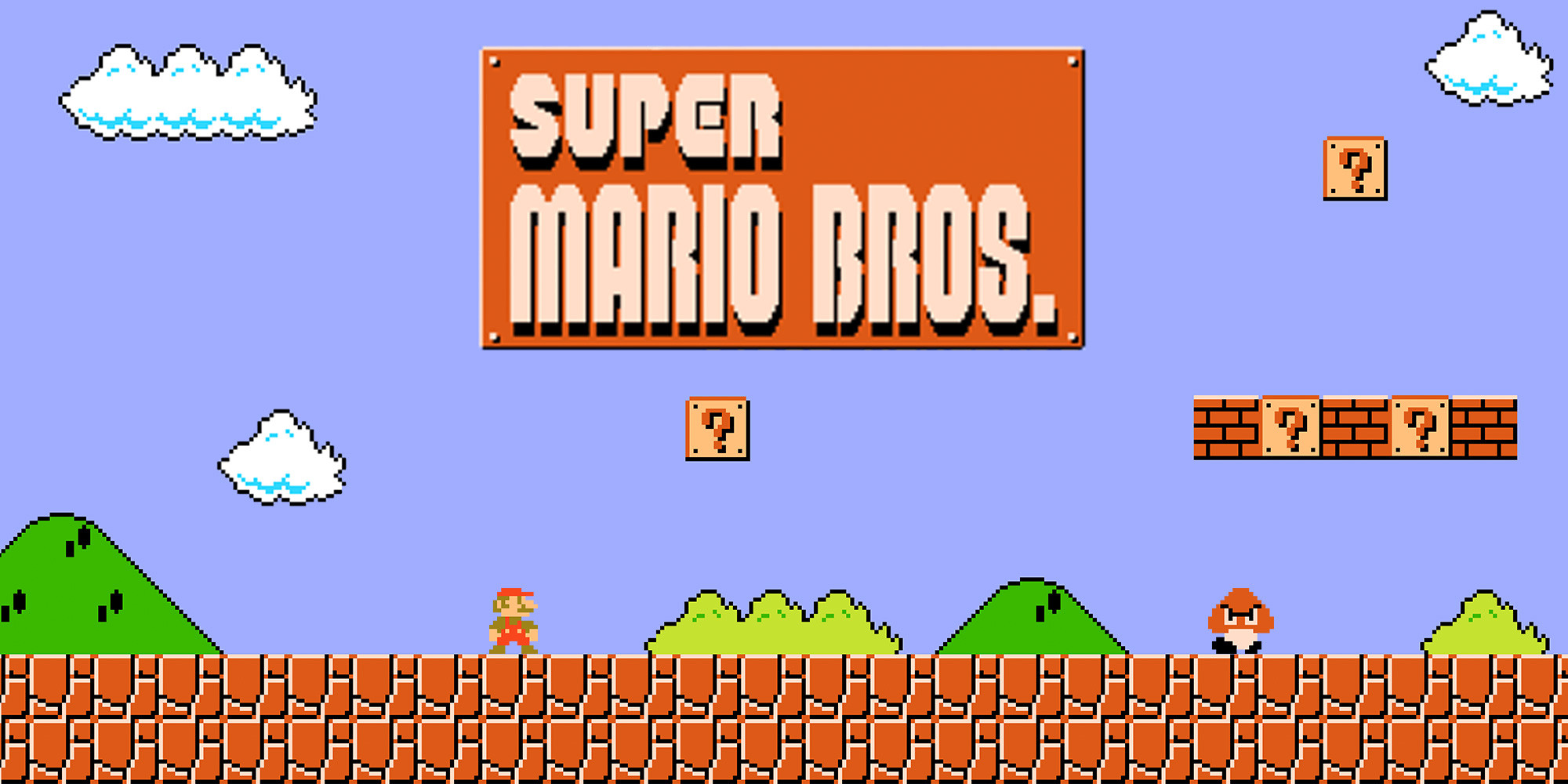 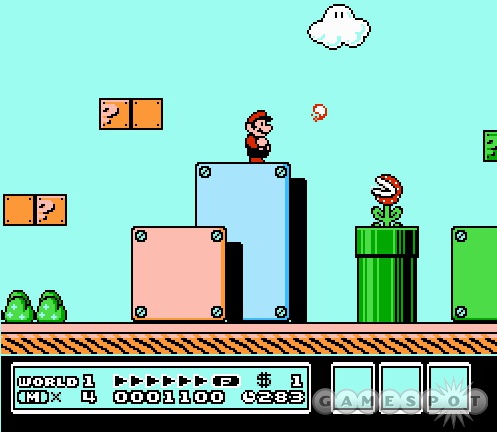 These are two games for the exact same hardware platform. Yet Mario 3 had much more pleasant graphics. Why? Because it came out 3 years later, and was able to capitalize on the experience learned in creating video game graphics.

It's the same for pretty much any creative enterprise. The people doing the groundbreaking - while important - are never going to create as good of works as the people that build on those groundbreakers' knowledge.

Stardew Valley's creator did an amazing job. But they weren't starting from a vacuum.

The screen shot would reproduce nicely in 256 palletised graphics of many vintage platforms. But (as has been said) there are technical reasons why vintage low-res games don’t look as good as modern ones. I’d agree it’s mainly memory and remembering that the palette was probably shared throughout the game. Plus colour cycling animation techniques and text may have meant the artist had additional limits on the palette they had to work with.

There are also many practical reasons why vintage low-res didn’t achieve the standard of modern low-res.

Not only did old machines have different graphic and memory constraints but they were more diverse. Sometimes assets would have been quickly/crudely reworked to fit a less popular/capable platform.

Meaning artists are more efficient and can pay more attention to details.

(standing on the shoulders of big pixels)

Let's assume that you're comparing your image (24-bit color) to an earlier game image done in 8-bit color. If you're working with 8-bit color (max of 256 colors) to start with, you could, in theory, come up with an image very close to the one you've posted, but it'd take an incredible amount of work to fine-tune all of the edges to reduce the appearance of jaggies.

If you have a system that allows for 24-bit color (ie, every computer out there today and for many years past), you could create the image at higher rez then color-reduce to 8-bit, letting the software do all the hard work of antialiasing and so on. As a test, I converted your image to 8-bit color using a free program called IrfanView. The conversion was all but instant and the results practically indistinguishable from your original.

As Billy Kerr pointed out in a comment, a reason sprites of the same size and resolution look better in modern pixel art than in classic pixel art is that a modern desktop computer generally has at least a 16-bit colour rendering ability. Roughly speaking, according to the capabilities of the hardware, any pixel on the screen can be turned to any of these 216 colours at any time. This means that artists have much more freedom of colour selection.

On older hardware, the hardware's rendering ability was much more limited. Depending on the mode of operation, a limited subset of colours (known as a palette) could be used to render the screen. For example, the SNES had a 15-bit master colour palette, and based on that, you might think that the SNES is capable of outputting graphics of a similar colour depth to modern desktop computers, but not all of them could be used at once:

The Picture Processing Unit (PPU) used in the Super NES has a 15-bit RGB (32,768 color) palette, with up to 256 simultaneous colors at once.

However, while the hardware palette can only contain 256 entries, in most display modes the graphics are arranged into between 2 and 4 layers, and these layers can be combined using additive or subtractive color blending. Because these blended colors are calculated by the hardware itself, and do not have to be represented by any of the existing palette entries, the actual number of visible colors onscreen at any one time can be much higher.

The exact number depends on the number of layers, and the combination of colors used by these layers, as well as what blending mode and graphical effects are in use. In theory it can show the entire 32,768 colors, but in practice this is rarely the case for reasons such as memory use. Most games use 256-color mode, with 15-color palettes assigned to 8x8 pixel areas of the background.

I think it is shadows that make a huge difference. If you zoom on the fence, you can see what looks like a grey border that is bridging the gap between the posts and the ground. Other shadows are more obvious. Also:

Not the answer you're looking for? Browse other questions tagged resolution pixel-art theory or ask your own question.

6
Using "vector-like" raster images in PDF documents
0
Why does an A4 canvas look larger on the screen at a higher resolution?
5
Rendering 3D model with animation as pixel art