I'm trying to replicate an effect I've seen before; how can I get an image like this to look like this? I've tried starting by making a stencil using thresholds but I feel like I'm always losing too much detail when I do that. Here's what I mean. Any advice?

I guess the problem is common for people who try to utilize easy (see NOTE1) to get popular images for example by making prints on textiles.

Your image example has low contrast, the apparent geometry is in many areas based on gradients and color differences. There are only a few strong contrast borders, for ex. the eyes. For that reason essential parts are always lost if one tries to apply tresholding to get steep black and white image. Some parts are always at the wrong side of the treshold, no matter what's the treshold value.

What you need is making the borders stronger. The extreme version of it is to redraw the image in Inkscape or Illustrator. It's not especially difficult if one has the original image under the drawing as reference. It's called manual tracing. The bonus is the freedom to select what's white and what's black. Unfortunately one must practice some time to be able to draw accurate paths with the the Pen (=the Bezier curve tool). Even more practicing is a must to be able to draw perfect curves directly with a graphic tablet.

NOTE: No automatic tracing tool can decide the paths needed for high quality result, some human reasoning is needed.

I guess "redraw it!" is not an answer you expected. You may draw some simple part like the nose or the mouth, but sharp borders should be generated automatically. Photoshop has some edge detection and artistic filters which can be used, but GIMP has more, especially with extension packages. The basic version of GIMP can make easily this edge detection: 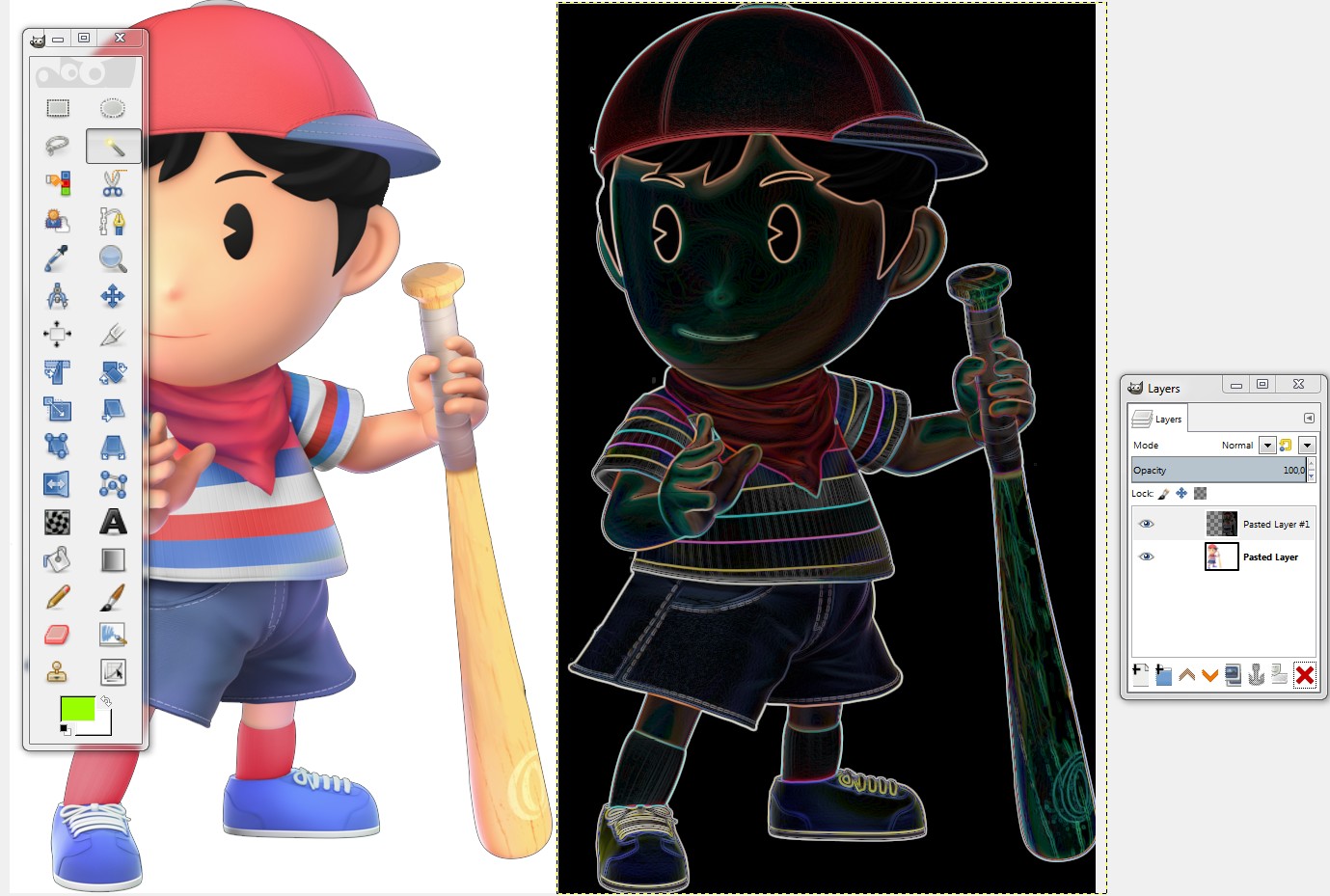 With tresholding you get this: 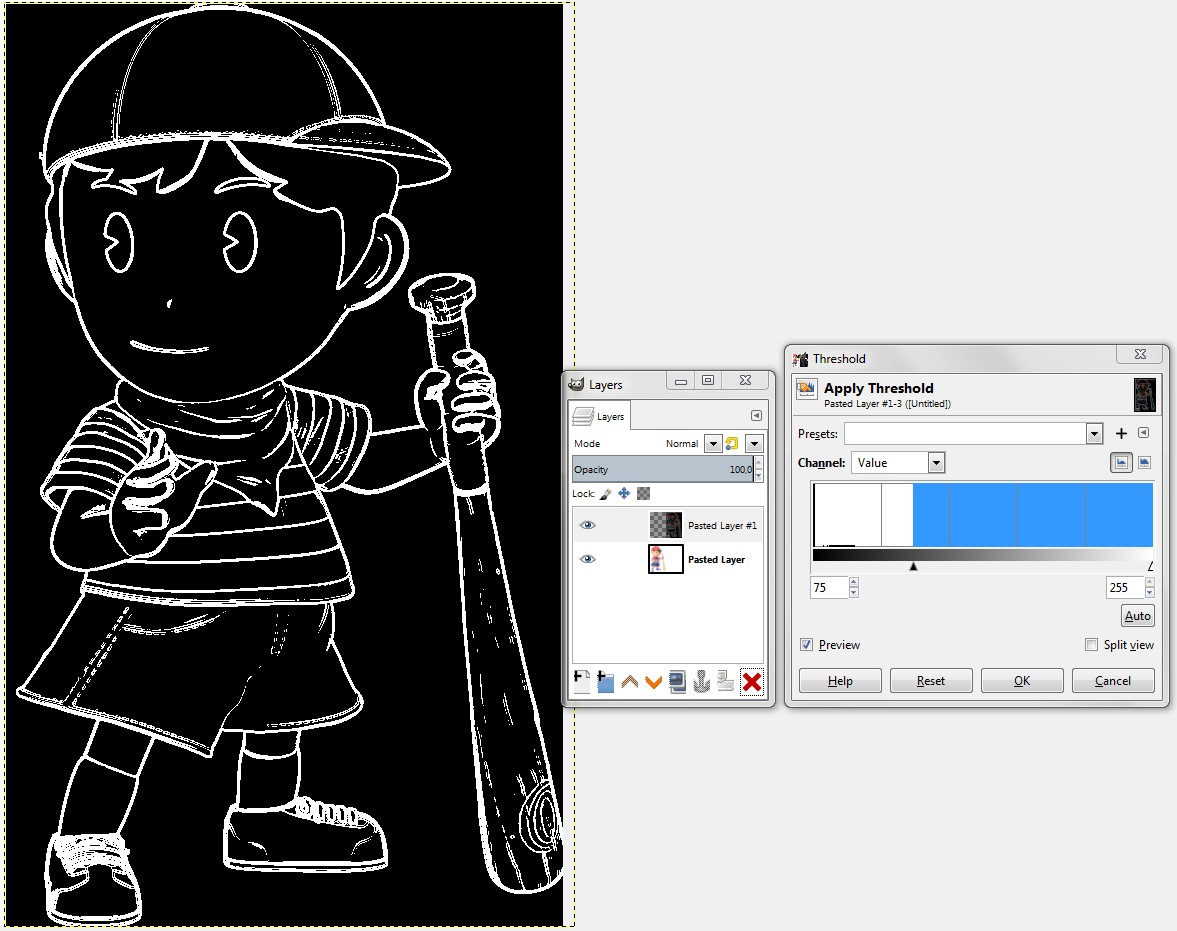 After inverting the colors, selecting the background with the magic wand and pressing DEL it's this: 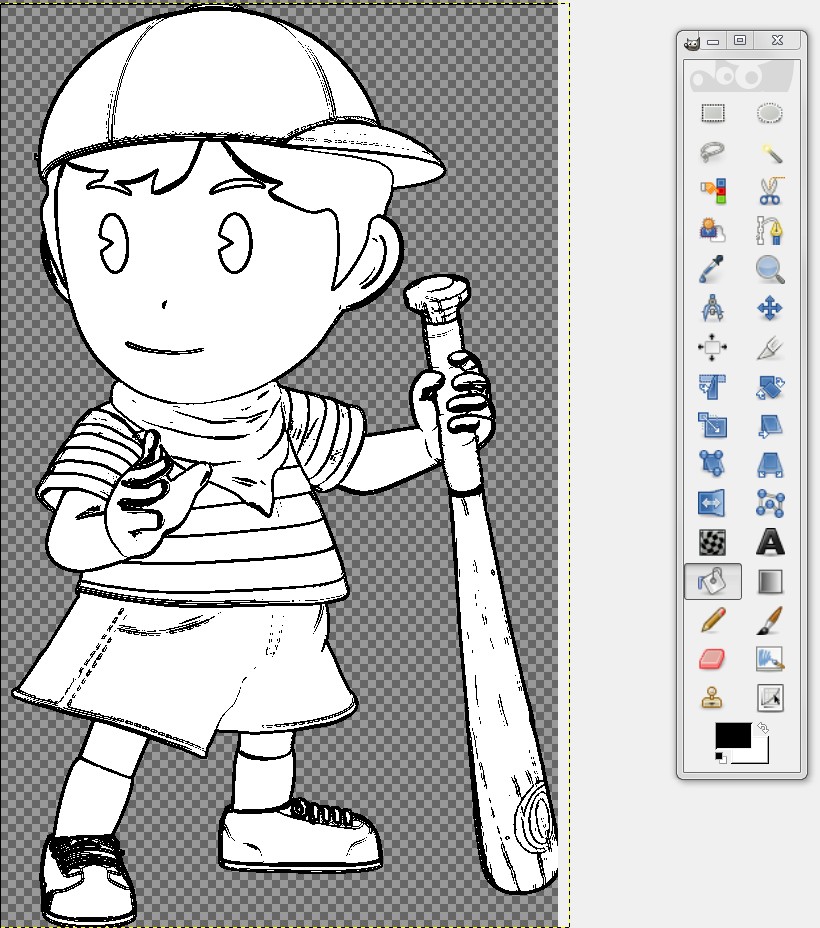 The mouth, nose and fingers need some edits with the Pencil tool. It's very much pixel editing due the low resolution. Some areas, for ex. the eyes, hair and the stripes of the shirt need black fill (=select, fill with the Paint Bucket). This is the result after some edits: 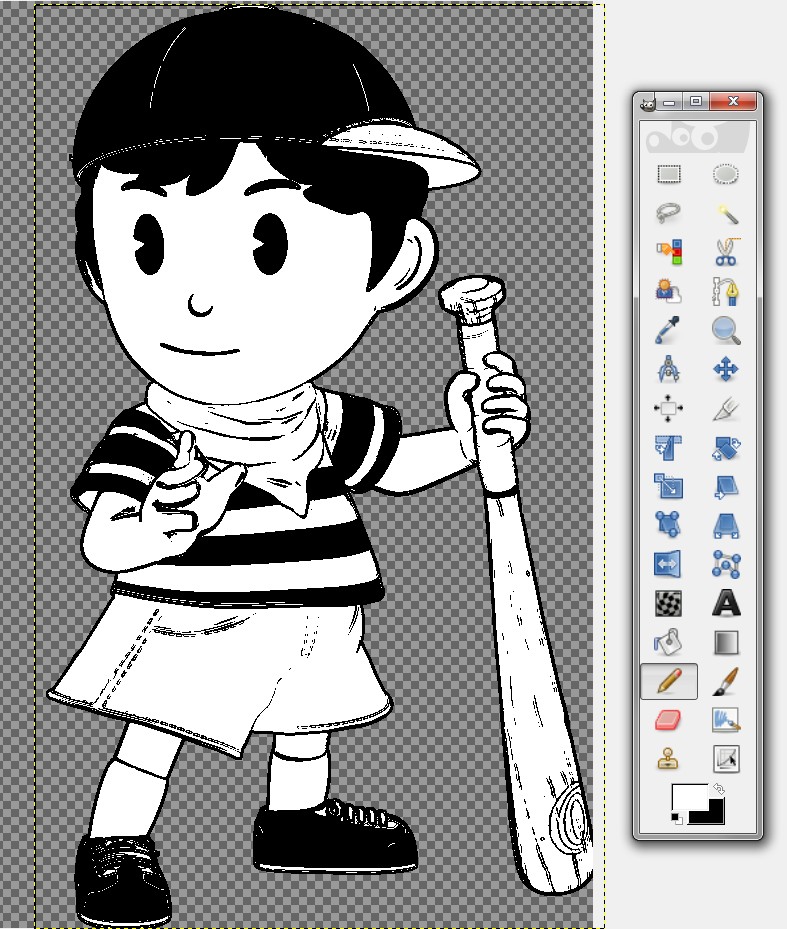 The empty background is poor. It can be selected and filled with white. Then by reselecting, squeezing the selection few pixels and by inserting a black fill you get this: 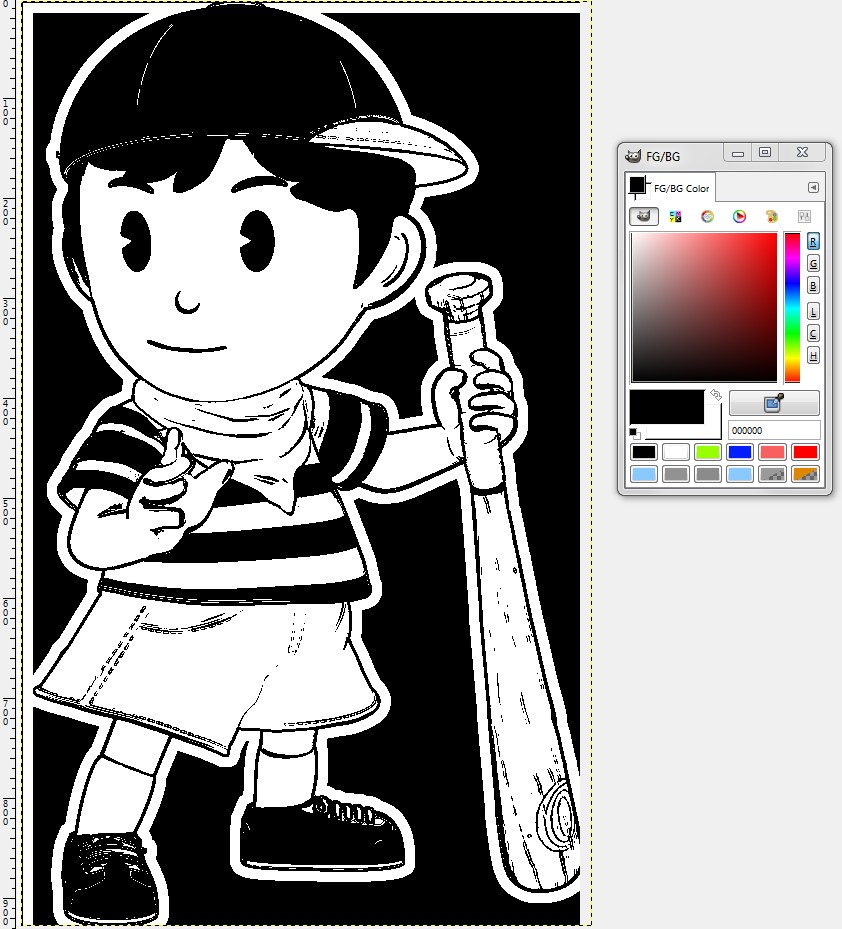 NOTE1: I didn't write "legal", I wrote only "easy". Most of the millions of easy to download images are someone's intellectual property. That makes selling them or making prints and giving them for free illegal without the written and signed permission of the copyright owner. He can legally set the price as he wants and it's your job to find him. No permission = No right to produce copies nor own versions for sale nor giving for free.

How is this answer possible with this character (=Ness) from Nintendo's game? I hope that this usage is considered fair.

Not the answer you're looking for? Browse other questions tagged adobe-photoshop layers photoshop-effects gradient photo-editing or ask your own question.

0
Photoshop Shine Effect
0
Can someone give me a starting point on how I can get this effect on my logo?
5
Make text look like it's part of icon
0
Correct low contrast effect in Photoshop CC
1
How to Create Spray Paint Text Effect
0
Flying objects effect
1
how to replicate this motion blur effect