I am attempting to draw a plane defined by three points. 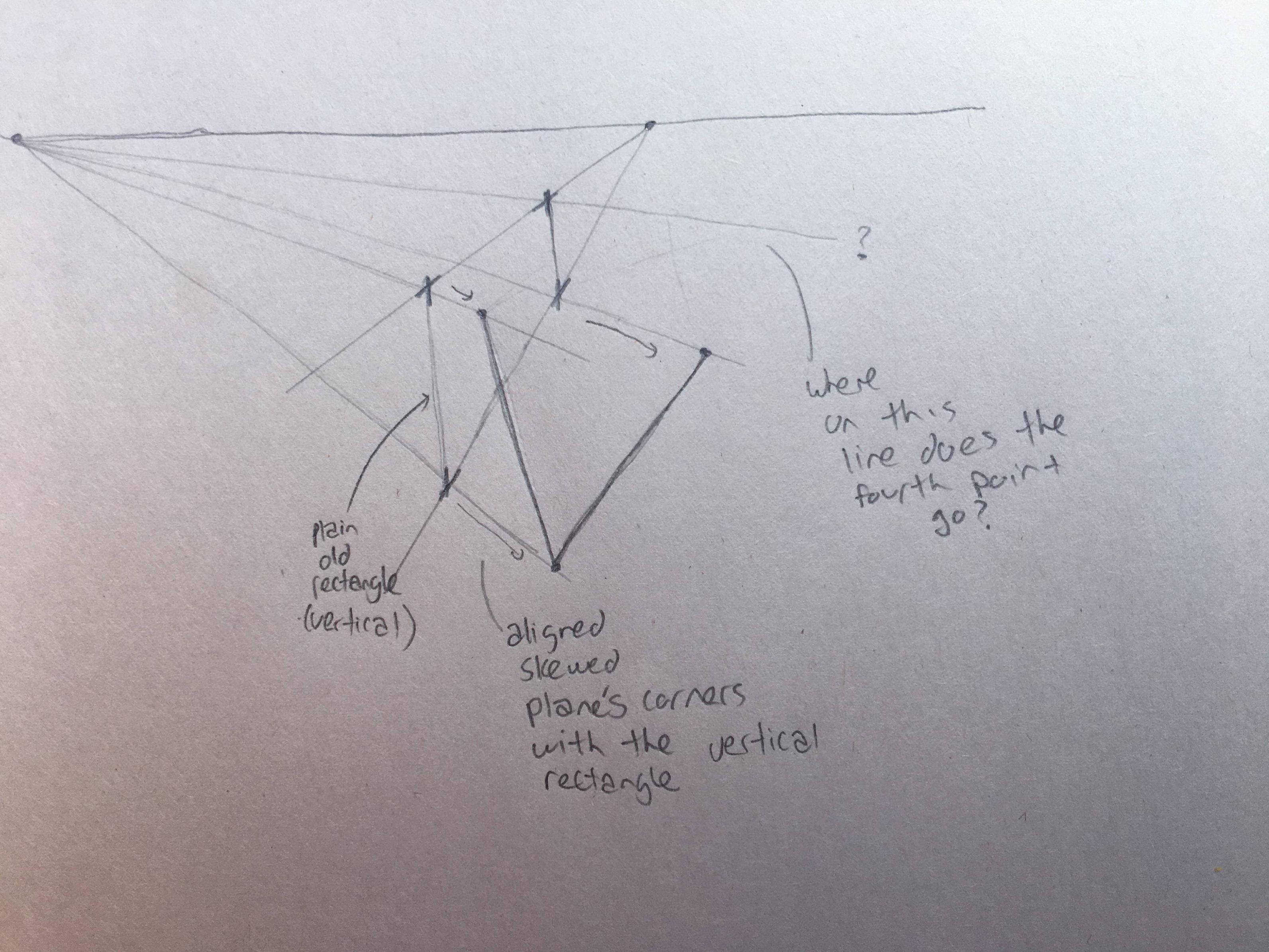 What I've done is I started out with a vertical rectangle in perspective, and I've drawn three points at varying distances from the points on the vertical rectangle, along the lines connecting the corners to the vanishing point.

Now, however, I am trying to find where the fourth point on the plane, defined by these last three points, should go. According to the picture, the fourth point should be on the line labeled with the question mark--but for the life of me I can't figure out where. Is there a general technique in drawing to find the point?

drawing perspective
Share
Improve this question
edited May 25 '20 at 11:10 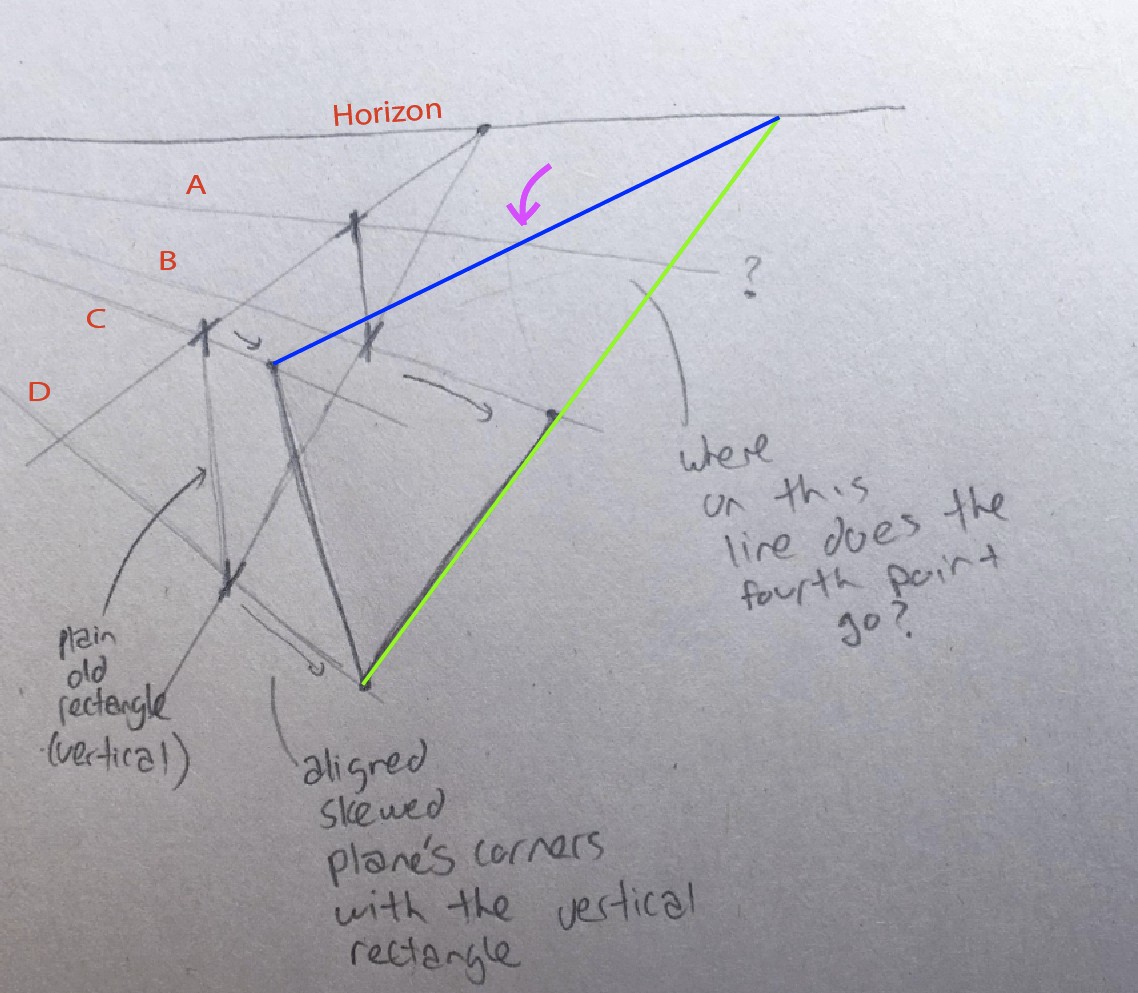 Lines A,B,C and D are parallel because they meet in a vanishing point on the horizon in your drawing (I cropped it off).

I guess you are not going to draw a rectangular piece. But there's one rectangle, so A and C are as high from the ground. I call the common plane of lines B and D "the ground".

The crossing of A and the blue line is the point you wanted, because the blue line must have same elevation from the ground as A and C.

ADD due a comment: The case is maybe more understandable with the next image which has a little less distorting perspective. The vanishing points unfortunately do not fit into this image: 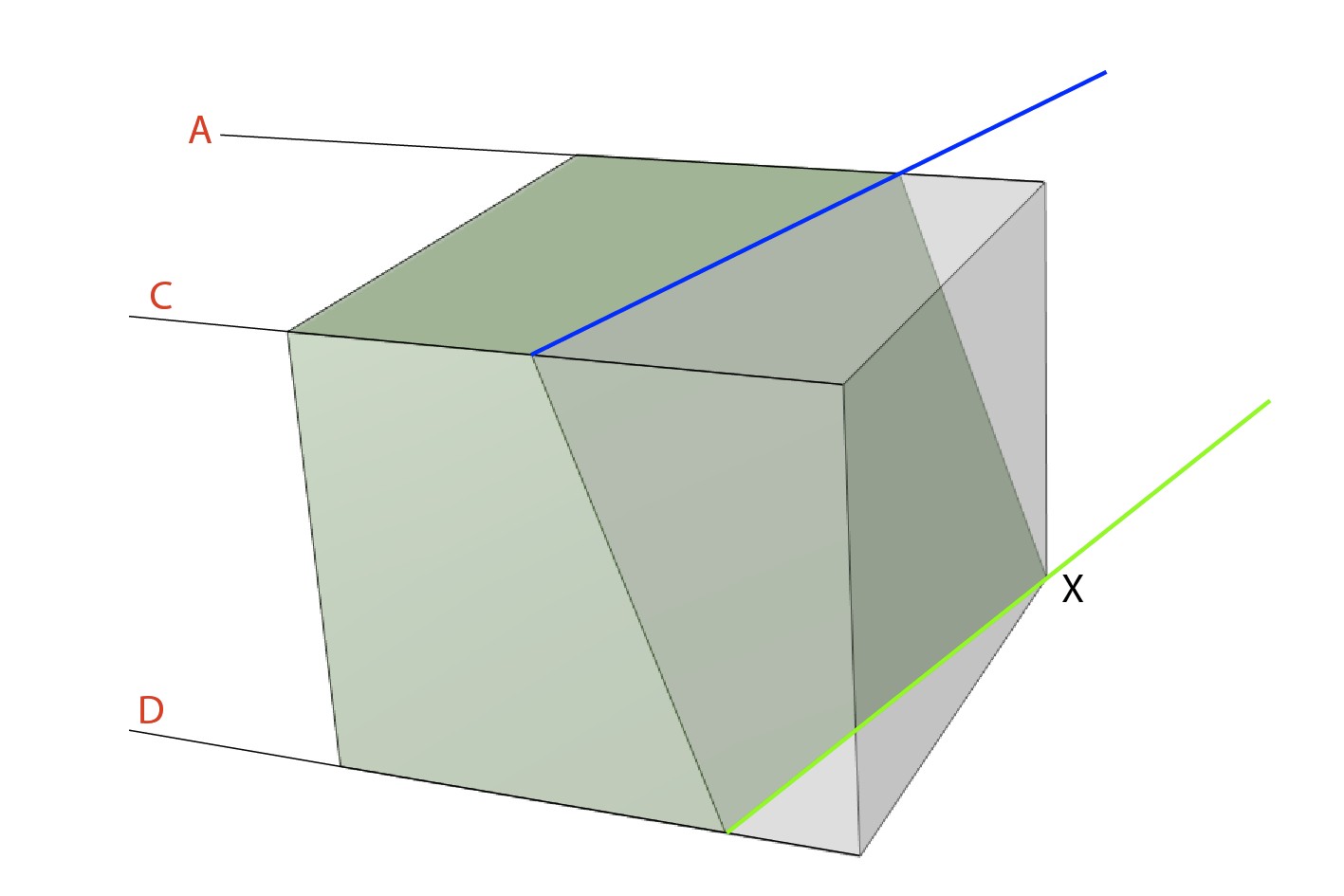 Because you have only 2 points of perspective, the verticals (purple lines below) will all be the same angle, merely differing lengths. 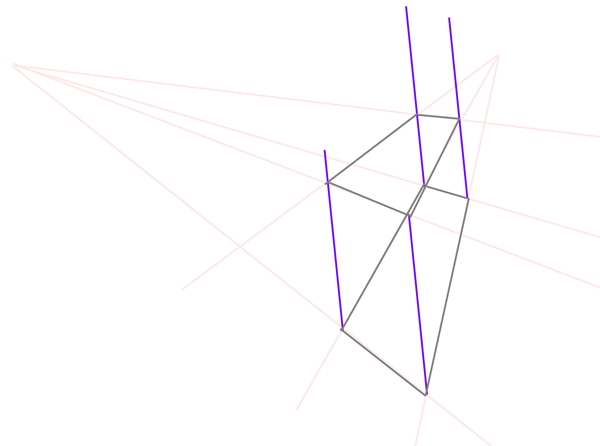 Note that only one purple line was drawn (the frontmost corner), then it was copied and moved.

You have several errors in your project.

Let me start making the horizon horizontal (magenta), and assuming the vertical axis as straight, without vanishing point.

As you can see the cyan lines goes to one perspective point, but the greens on your drawing do not (?)

It is valid to have additional vanishing points, but you do not have that defined.

So assuming that the only vanishing points are the ones marked, you should correct your image as this: 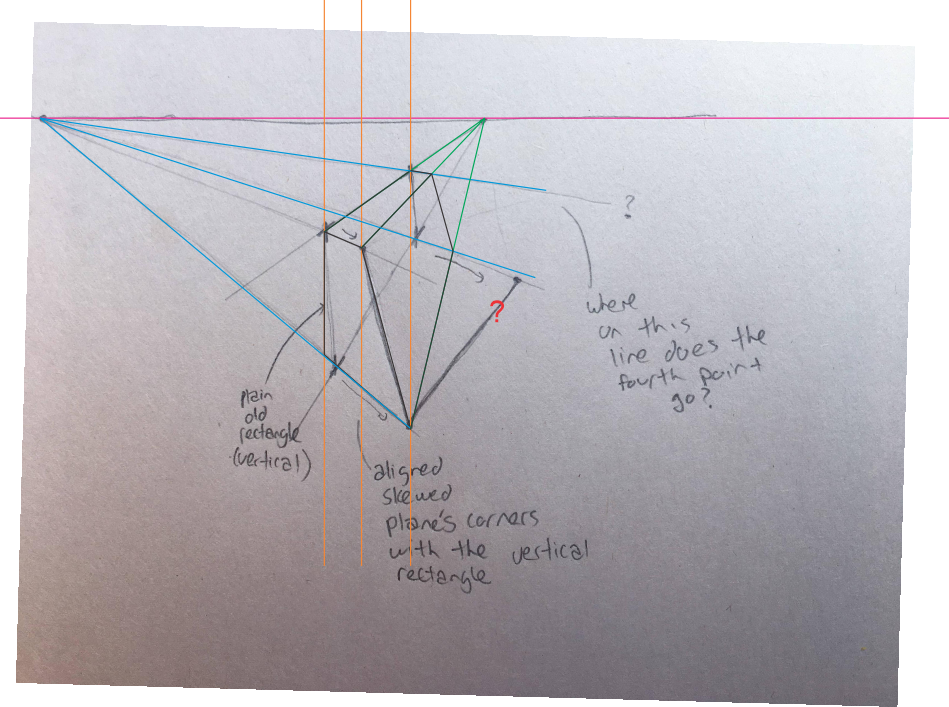 One additional problem is that the green vanishing point is too close to the geometry, so the perscepctive is too forced.

You have an error in your perspective.

But assuming it's correct, the point of the skewed plane is as follows: 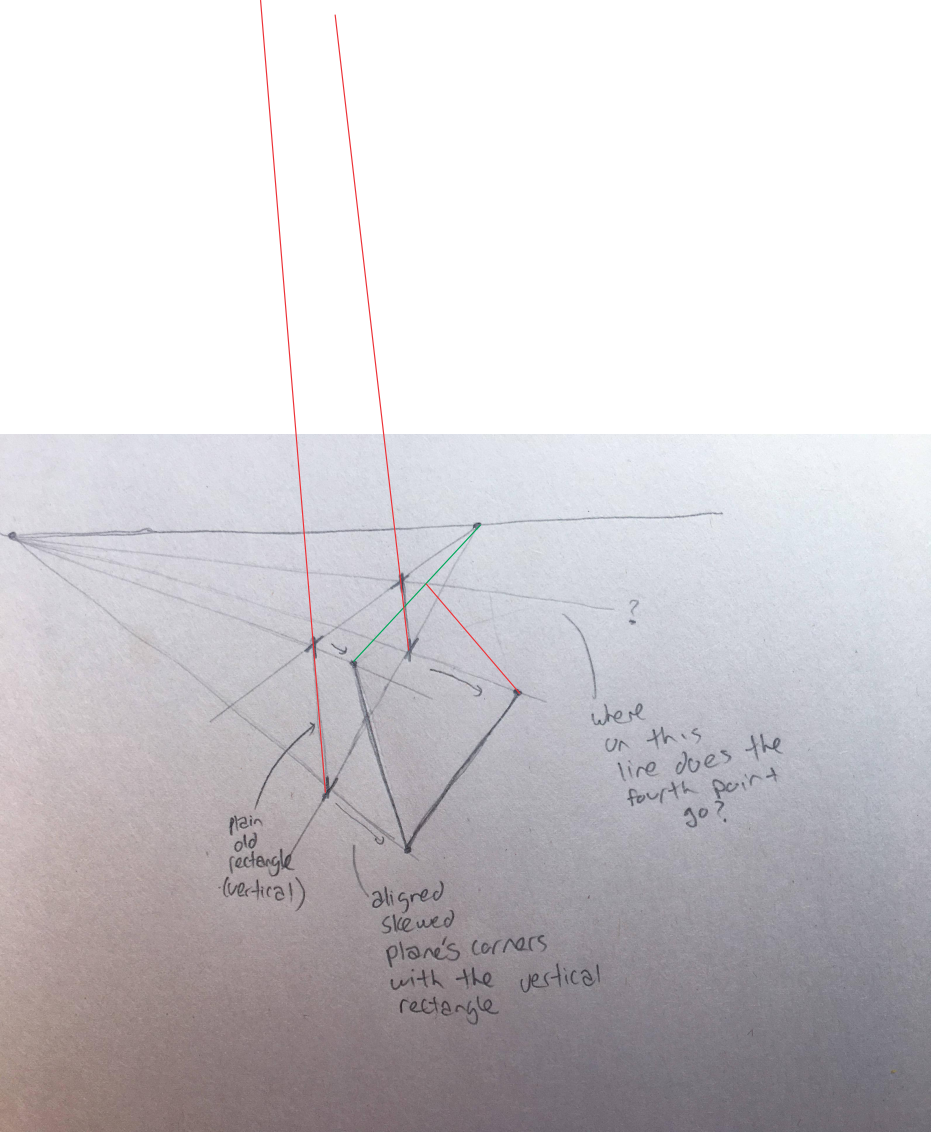 But as you can see the plane looks awkward, and this is because of the error I am mentioning.

Before doing a 3 point perspective, just make a two point, and make the vertical lines straight.