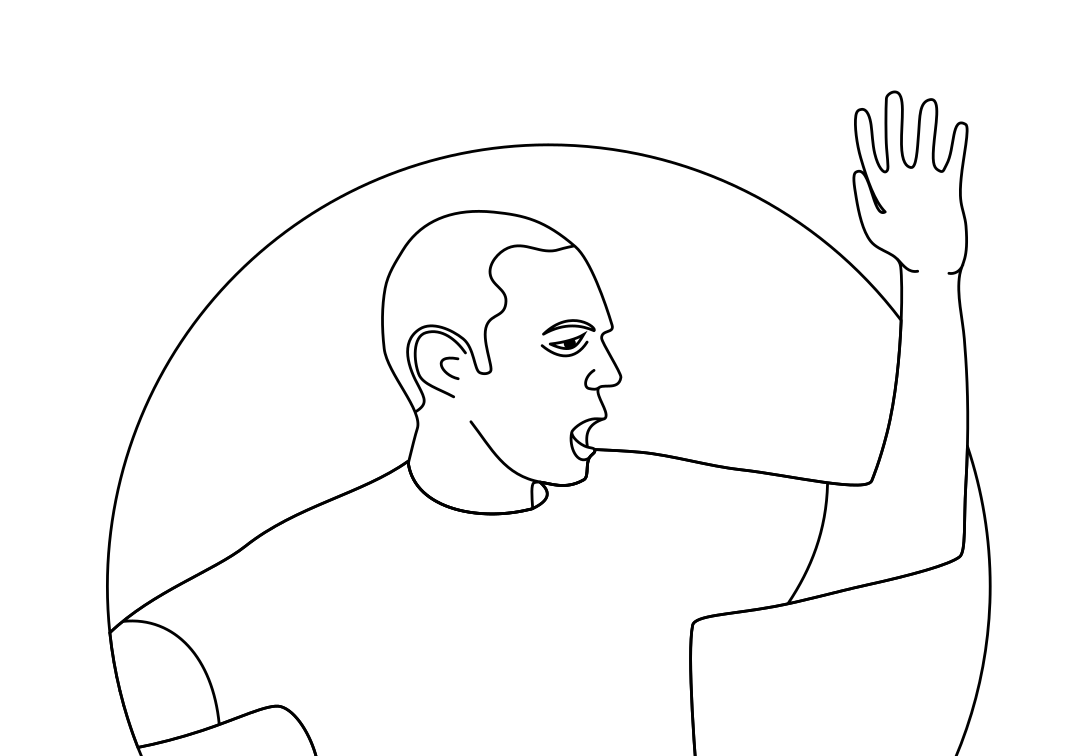 All those lines are paths with no fill and black stroke. Now I'm trying to color the image. I know about the bucket tool (U), but it creates a small white gap between the border and the fill: 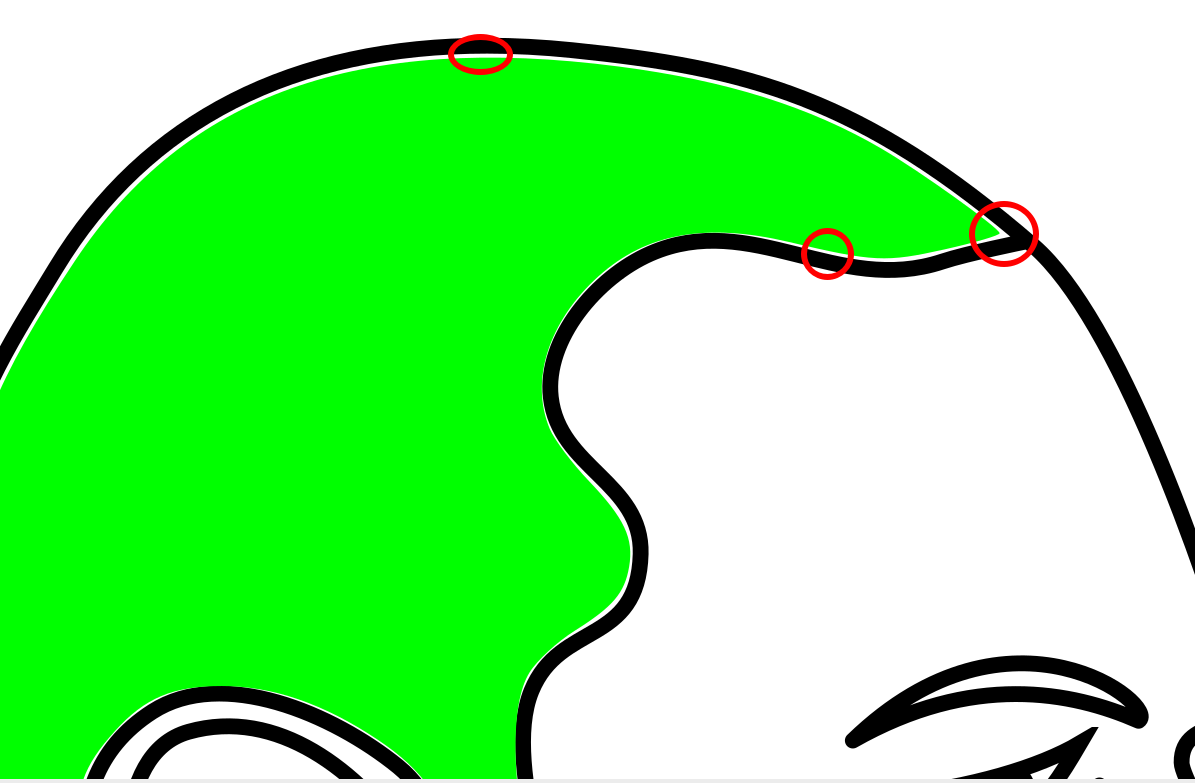 I know about outsets, but it fills like a hack. So, I've decided to cut those fills from big shapes using boolean operations: 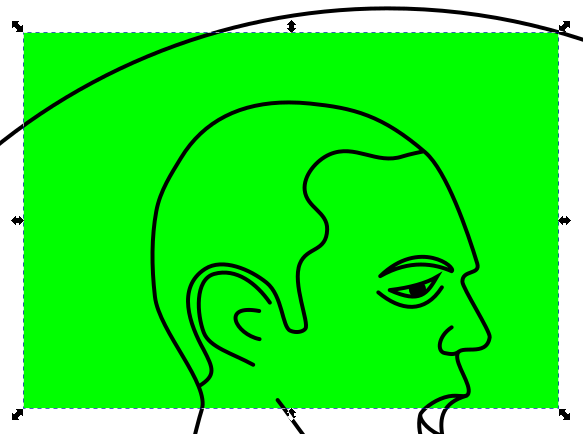 Now I just need to cut that green rectangle using the hair outline path.The problem is that Sheldon's hair and head is not a… I don't know how to say, but it's not a single path. It's a combination (Path → Combine) of two Beziers. Here I've colored them with different colors: 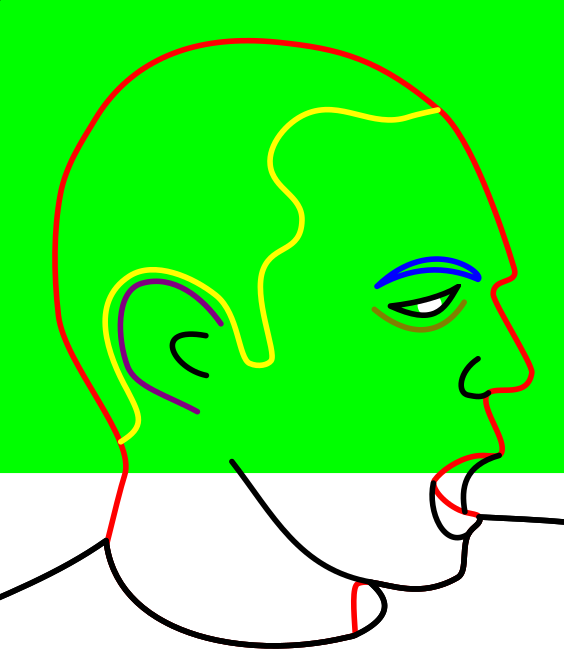 And so I fill that Inkscape just cannot understand that the hair is a closed region and use it in boolean operations. None of them doesn't work.

I fill like I need to somehow make a real union of all the paths, but union of hair and skull operation just vanished the hair: 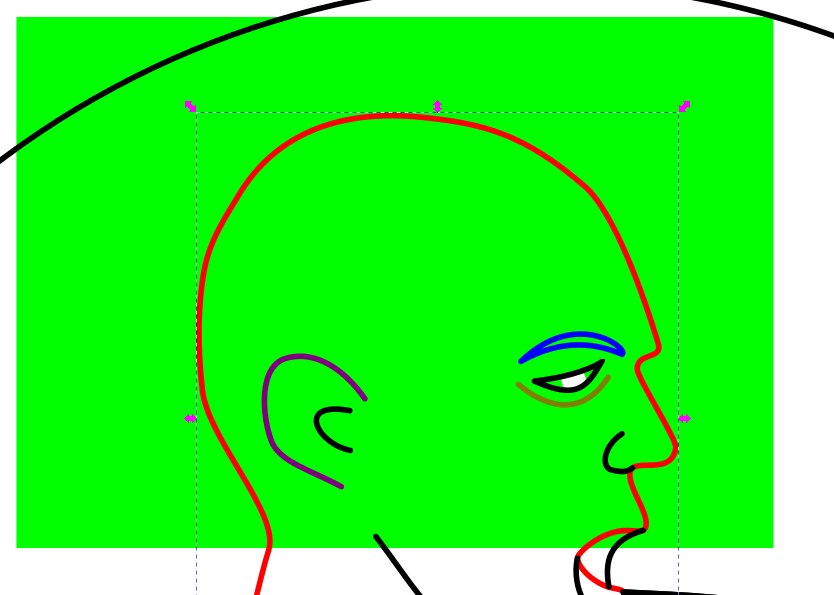 And in the path editing mode, the Inkscape does no allow me to join the end node of the hair (left or rigth end) into the middle of the skull silhouette: 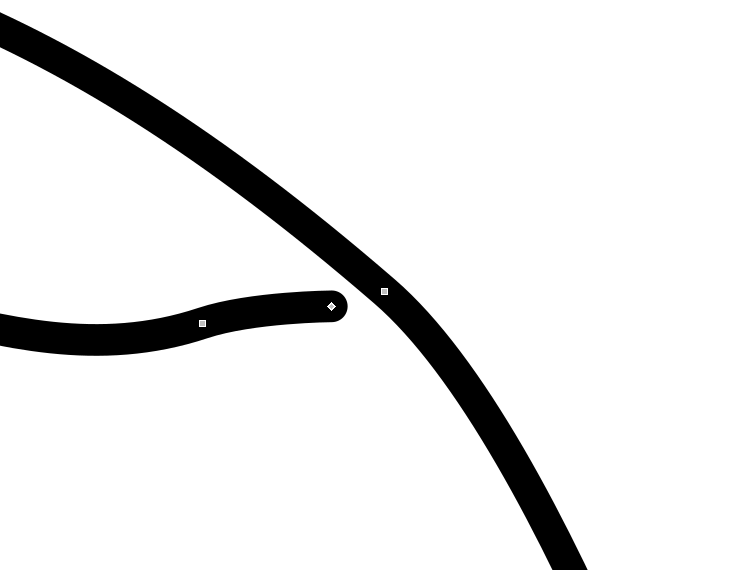 Finally, I've tried to convert all the strokes into fills (Path → Stroke to Path), but:

What am I missing?

Unfortunately, vector objects don't do "T" shapes – that is the reason, why you cannot join one curve to the middle of another. Basically each vertex can only have (up to) two neighbours on the path. So one way or another, you will either have to use some workaround (like expanding the fill) or change your work flow from the start.

What you can do right now is to retrace the closed shapes that you want to fill. I would do it by making an extra layer with duplicates of all your shapes and then edit them together (cut them up and join them in different combinations that will give you the closed shapes). You can then fill these (give them fill color) and send them to background, so that your original lines are visible at the top. Or use these as a mask or so on.

Had you only used closed shapes in the original line art, you could have avoided or at least minimized extra work.

One trick to cover the gaps that the paint bucket leaves at the edges is to make a copy of your artwork into a new layer. Make the original invisible in the objects panel (=close the eye) and reduce the stroke width to 0,5 px in the copy. They will be rendered 1px wide which is the minimum.

Fill the areas you want in the copy and delete unwanted parts.

Move the filled areas to the background and make the original strokes visible. They very likely cover the gaps which the paint bucket invariably eaves behind.

This isn't enough if you are not going to have any strokes in the final version. You must edit the paths with the node tool and adjust the layering order so that possible too big shapes are in the bottom. Fortunately Inkscape has very well Working snaps for node editing and inserting & removing nodes is fast.

Not the answer you're looking for? Browse other questions tagged inkscape stroke fill or ask your own question.

33
How to Connect Bezier Curves in Inkscape?
18
Is it possible to get Inkscape's bucket fill to entirely fill regions marked by lines?

1
Remove lines from a double-lined path to become a single-lined path
6
Inkscape - transparent fill, but still occlude paths below it
2
How can I outline a path in Inkscape to make an object?
6
Outlining a group of movable objects in Inkscape
1
Convert Dotted Stroke to Fill in Inkscape
1
How to make path that follows fill of existing path?
4
How do I fill closed paths in Inkscape?
6
Crop closed paths into open paths
5
Inkscape, select many paths for stroke to path
2
Cut a combined path along pair of non-connected nodes in Inkscape