numbers and units in InDesign: Is there an easy way to do this?

I am involved in the writing of a lot of scientific texts. A lot of them I (am forced to) do in LaTeX. However, I prefer InDesign, and use it more often than Latex.

Scientific/engineering texts often requires lots of numbers with units ("5 m", or "10 s", or whatever). The scientific styleguides I tend to write to usually want at least a space between number and unit, but even more preferable is an em-space. Latex has this nice package called siunitx, which handles a few things with regards to units. To my knowledge, it:

The third point is something I don't really care about too much, but it would be nice if I could get a similar functionality in InDesign that handles the other two points: Make the space between them be em-space length, and have the entire thing be non-breaking. I've experimented around with paragraph and character styles, but it always ended up still being a hassle. Is there a 'correct' way of implementing this?

Edit: As pointed out, I was incorrect about the em-space (I will not change it in the original body to preserve context for the answer below). After more research, it is a debated topic among certain engineering, scientific and mathematical communities how wide this space should be (some saying it should be the width of a multiplication-dot, others using regular 'space', etc).

You can create a GREP style inside a paragraph style which uses a character style to apply a non-breaking attribute to a GREP string like \d+\ss✝. Which, in english, means any pair of 'number-space-s' will be forced to stick together on the same line. You can then duplicate this GREP style for other units like \d+\sm✝ and so on.

✝Note: depending on the format of your numbers, these strings may need more tweaks if, for instance, decimals are being used. 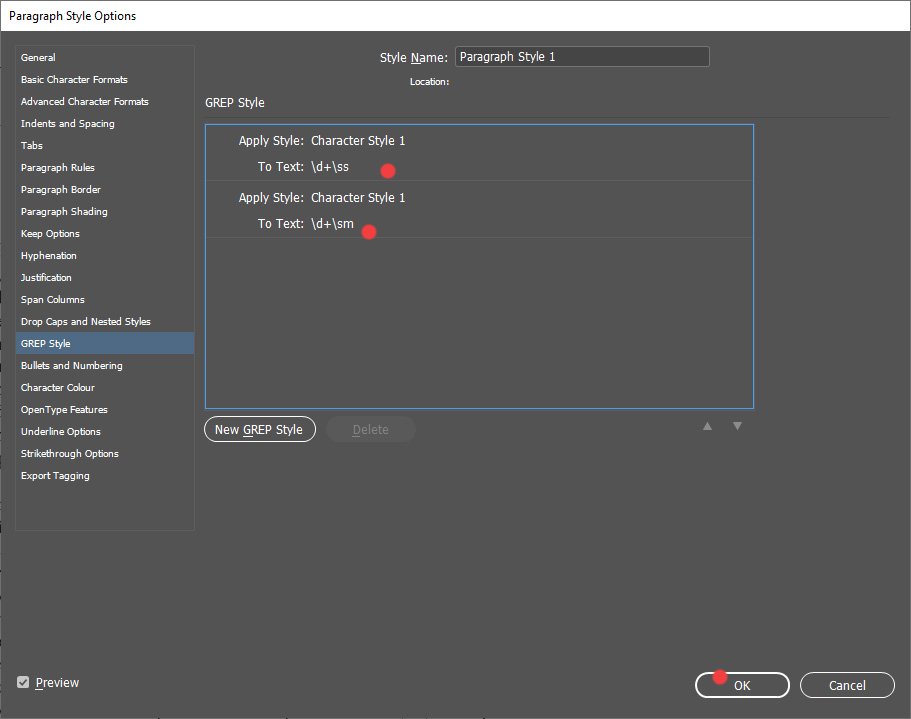 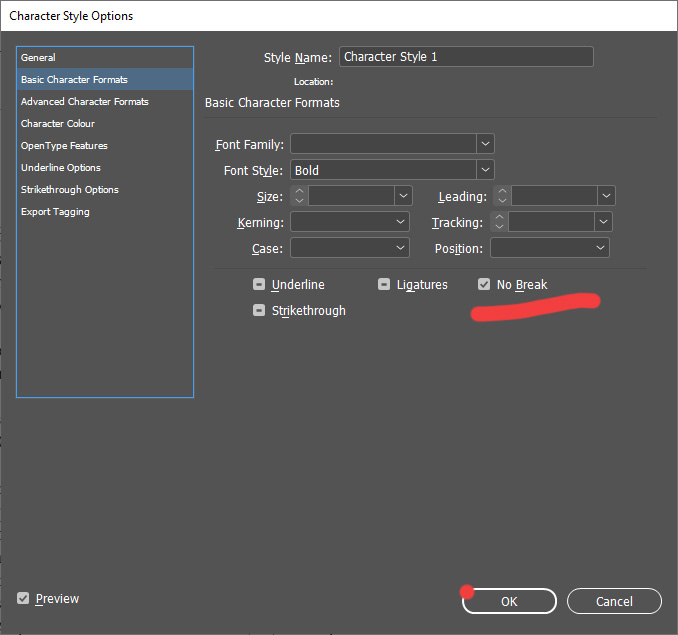 As to converting that space between number and units into an EM space, that can't be a 'live' action, like the GREP style above, but it can be achieved via a GREP find/replace and you can save this search for repeated usage, see below. 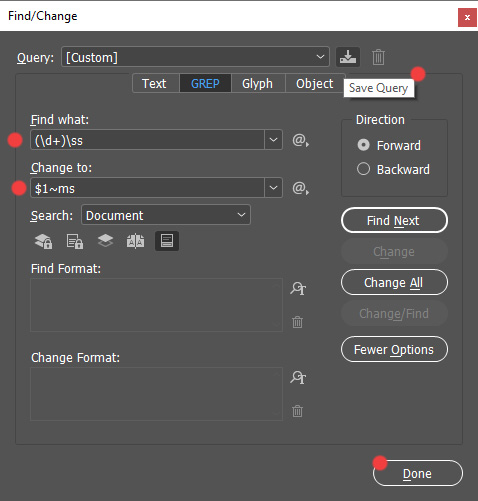 Also adding I agree with some of the comments that the EM space may actually be too much. Consider experimenting with narrower spaces, InDesign has a whole set of these. 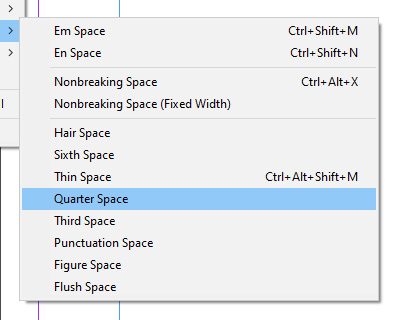 Not the answer you're looking for? Browse other questions tagged adobe-indesign automation typesetting formatting or ask your own question.

0
Is there an easy way to handle minor content changes in InDesign?
21
Principles of Typography for different languages
0
is there a way to add a fixed size to placed images in InDesign?
11
How are the spaces done in France for ? ! : ; « » in a real-life work-flow?
1
InDesign: how to construct table of contents with dots between titles and page numbers
1
InDesign: Using GREP to style URLs, email addresses, phone numbers, social handles, and hashtags
3
Is there a way to spread a paragraph over all of a text frame's columns in InDesign?
2
Content management for reports with low technical barrier
3
InDesign: Can I automate Master Page assignment to multiple, non-contiguous, pages without using page numbers?