I'm trying to improve my skill in whitespace it's my design without whitespace: 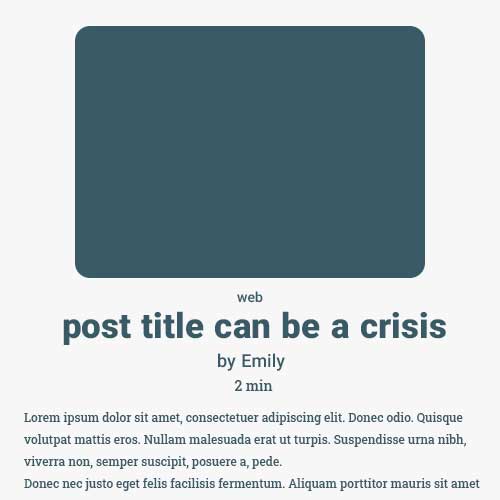 I need your help with whitespaces in the header area, thanks.

White space by definition means the negative areas the structure/composition. Another very basic way to description would be 'a breathing area for the eyes'.

While designing, think about the empty area is like an another object that you use to construct your designs. Basically you don't want to stuff everything right next to each other. I've doodled a basic structure which has the exact same spacing issues with your example.

Image on the right has the eye scan lines for the example image. It's wide, dense and sharp. Majority of humans are not trained to track such eye scans. That's why news papers have very small column widths. So everyone -even the people with reading difficulties could read it without getting distracted. If you keep the scan at a similar place too long, people are bound to get distracted or tired. You want to make that scan line relaxed and close to what's natural. 7-12 words per line considered the most comfortable for optimum reading. So that's another reason to keep the scan lines rather short.

So instead piling up everything next to each other I've added a bit more spacing to items to create a visual separation between items. 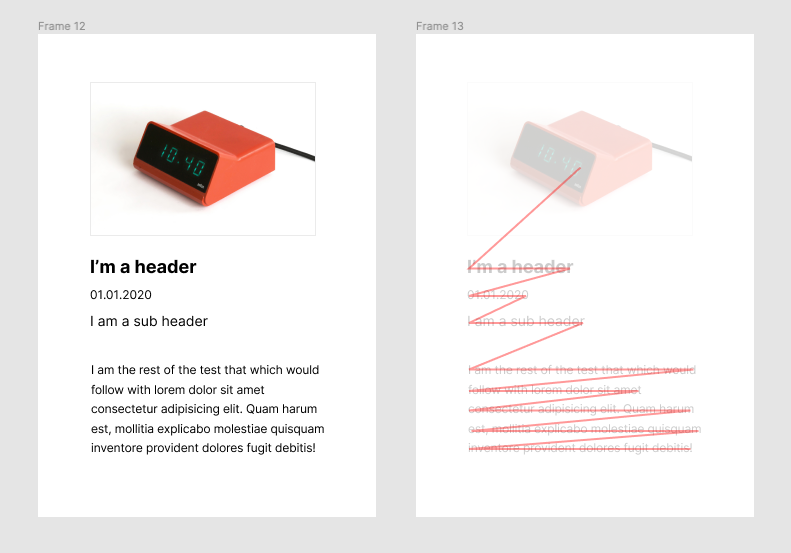 Now the eye path is bit more relaxed and that's enough. If you really keep everything too far from each other now you'd be creating another readability issue. What you want to find something in between where you don't want your viewers to get distracted by the content itself or by some other cat gif looping right next to it.

As a summary; if you don't add 'enough' space to your design, you'd end up long, tiring and agitated eye scans comparing to a more natural relaxed scan. 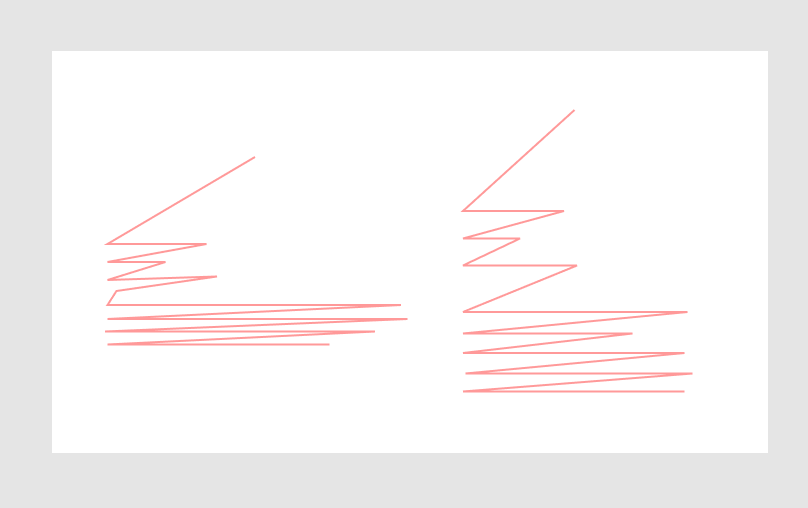 To improve your white spaceing methods I'd suggest to check out some works articles regarding gestalt. It's basically observing and creating by considering the contrast of your content. To make it much more clear I'll post another image using the same examples I've posted here. 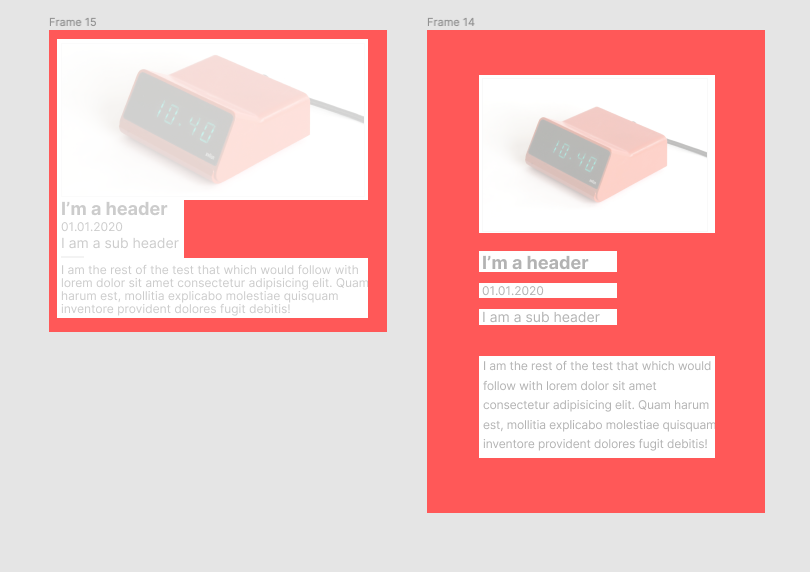 So basically the red zones I've drawn where the eye rests. The first image is nearly have no red space comparing to the one on the right. Ofc, don't start drawing redblocks to your design. You can just zoom out a bit (around 80%-60%) to see if your content has enough white space. And if the components are relatively separated within each other then you're on the right track.

Hope these rapid reply and rushed examples of mine makes sense to you. Good luck!

Not the answer you're looking for? Browse other questions tagged white-space or ask your own question.

1
In a flowing layout design in InDesign how I might full fill the spaces left at the end of the pages?
7
What principles of whitespace were used in this email?
13
Is there a specific term for horizontal gutters?
2
White space around vector portrait 12 x 18 inch' rule(s)? Best practices?
1
Multiple whitespace characters in XML for InDesign
1
Handling whitespace at points where shapes interconnect/overlap
4
Spending too much time on "design rules"
3
Categorizing whitespace: passive vs. micro / active vs. macro
3
What exactly is white space?