How to create this varying intensity noise/dust effect in Photoshop?

And manually create strokes of brushes and then blur them a bit, use eraser for varying intensity.

Is this the only way or there is an easier and flexible way to achieve this?

There are probably dozens of ways you could go about this. Here's a simple one:

The grain/noise will look coarser over brighter areas, and fade away in darker areas.

Manual painting to a layer below the actual objects surely creates complex variety, but you can convert layer style Outer Glow at first to a layer and use it as your starting point. It makes a halo around an object with zero effort if the object has transparent background.

Filter Render > Clouds can create useful forms with little effort. The effect can be applied to the layer mask.

The linked dissolve method How to add this effect (grains) in Photoshop and Illustrator? to get the grain can be thinned by erasing parts of the "dust" with low opacity eraser. Or by painting thinly to the layer mask.

Because blurring is needed and one can still need other adjustments the presented smart object idea in the linked case can be very useful.

Here's an example how to get the clouds and glow that can be made grainy with dissolve and blur. The image is taken from another case which was about writing text in the air with a sparkler, only the background is changed: 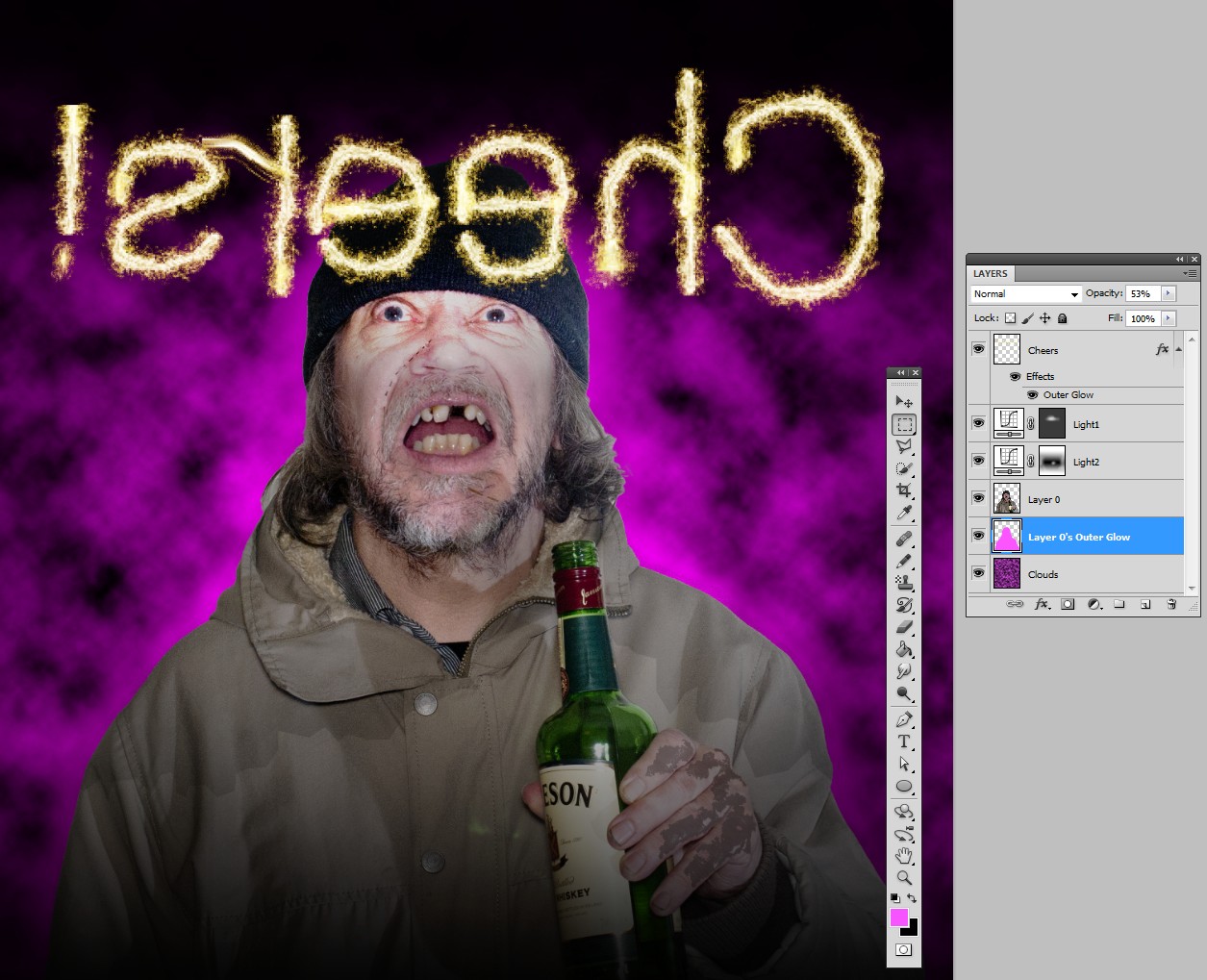 The person who maybe doesn't look especially succesful football payer, has got layer style Outer Glow which is converted to layer. Behind the glow layer there's a layer which is filled with Filter > Render > Clouds. The glow has reduced opacity.

Not the answer you're looking for? Browse other questions tagged adobe-photoshop photoshop-effects designers raster or ask your own question.

0
How to add this effect (grains) in Photoshop and Illustrator?