Designing the Rating of a quiz game [closed]

I'm trying to design a quiz game in which users have to answer 10 questions in each level. And when the quiz finished, user gets their Rating. The rule here is that up to 3 mistakes is allowed but more than 3 mistakes is the Failure.

So far, my design idea is to rate them with stars. Meaning if they have 1 mistake they get 2 full star and 1 empty, and like so every mistake discharges 1 star. Below I provided an example of what I've done so far:

And what I'm trying to get help about is what to do for Failed quiz (quiz with more than 3 mistake). Any help would be appreciated.

Here is the concept so far. 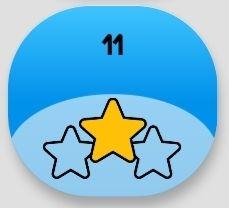 You could simply use hollow stars for not attempted, gold stars for passed, and red stars for failed.

In most apps I see, the hollow or colorless stars indicate "not attempted". Using that is fairly intuitive overall. If you don't want a secondary color (red), and failed is the same as not attempted, then simply leave the stars hollow/white when an attempt fails. But if failed is not the same as untried.. then you need a third color or breakout. You could use colorless stars if that's better.

There are really many combinations that would work. 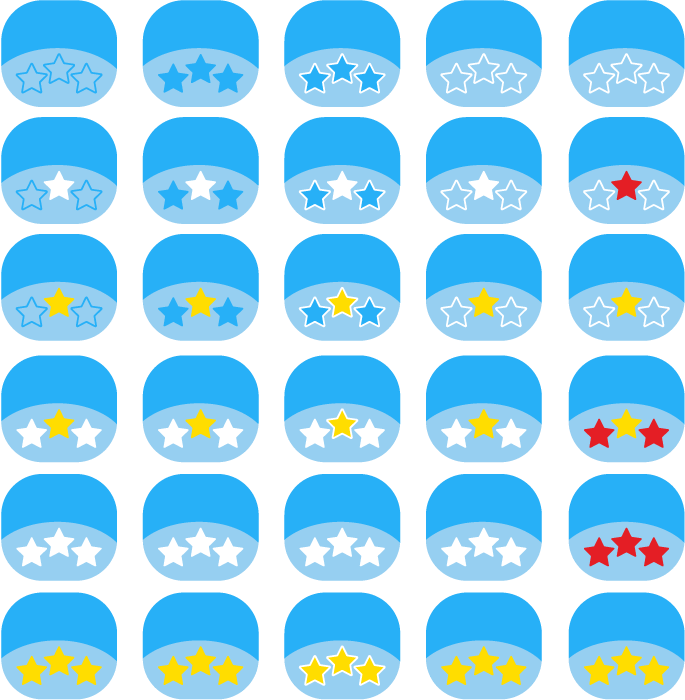 Without knowing the entire design aesthetic of the app, it's hard to be definitive.

Not the answer you're looking for? Browse other questions tagged interface-design illustration user-experience readability creative-commons or ask your own question.