I've just bought a new monitor as the old one was dying. It's an AOC Q3279VWFD8 and I've a NVIDIA Quadro 600 Graphics card.

InDesign displayed perfectly on the old monitor, but since plugging in the new monitor everything looks very pixelated. The window comes up much bigger than for Illustrator and PhotoShop (as is the little logo thingy that displays as it's loading) so I guess it's something to do with that. Illustrtaor and Photoshop can be enmarged to fill the screen without loss of sharpness. Even the menu text in InDesign is larger.

Anti-aliasing is enabled in InDesign.

Display performance is set to high quality in InDesign.

I have downloaded the requisite driver under the PC's Monitor Settings.

In the NVIDIA control panel/Manage 3D Settings, the settings are shown as in the screen shot: 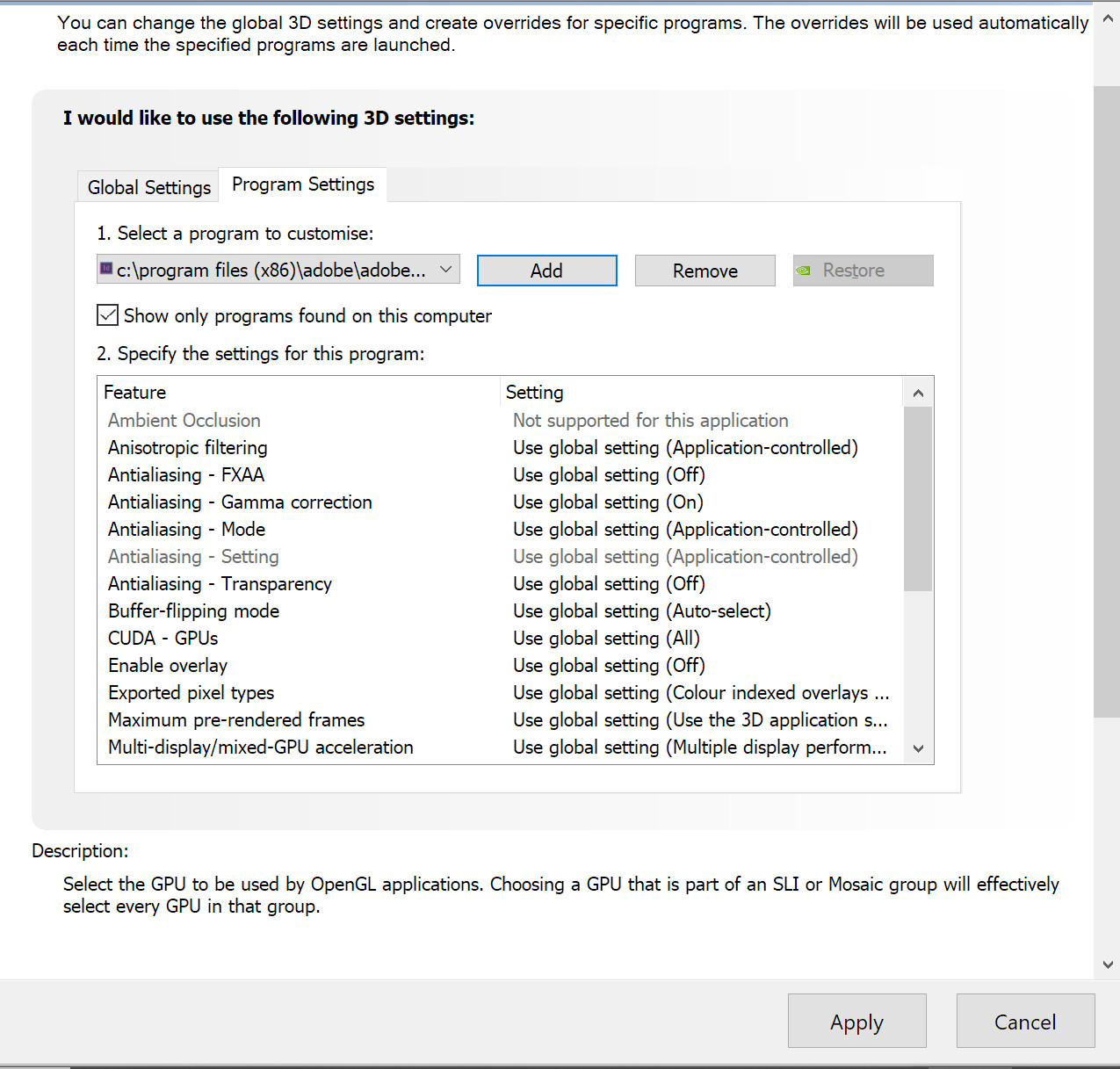 You have to make the Windows display scaling setting under 125% otherwise Adobe misunderstands what's going on. Unfortunately, everything is now a bit small, but at least it's sharp. Strange how it was just InDesign that was affected.

Not the answer you're looking for? Browse other questions tagged adobe-indesign pixelation monitor or ask your own question.

3
What factors should one consider when picking color calibration solutions?
4
My web logo looks pixelated after resizing
2
Illustrator Inner Glow Looks Pixelated
0
Why do icons get pixelated in indesign
1
Indesign grep: Grab everything but
0
Smart object is pixelated (Adobe CS6)
0
PNG images from Illustrator have a pixelated border in InDesign