How to split objects to new layer in a image automatically in Photoshop?

I want to create a layer for each animal in the below image. my approach is by lasso tool selecting each animal then cut and paste it. This cause new layer is created. I want to know that is there any option in Photoshop to do it automatically? 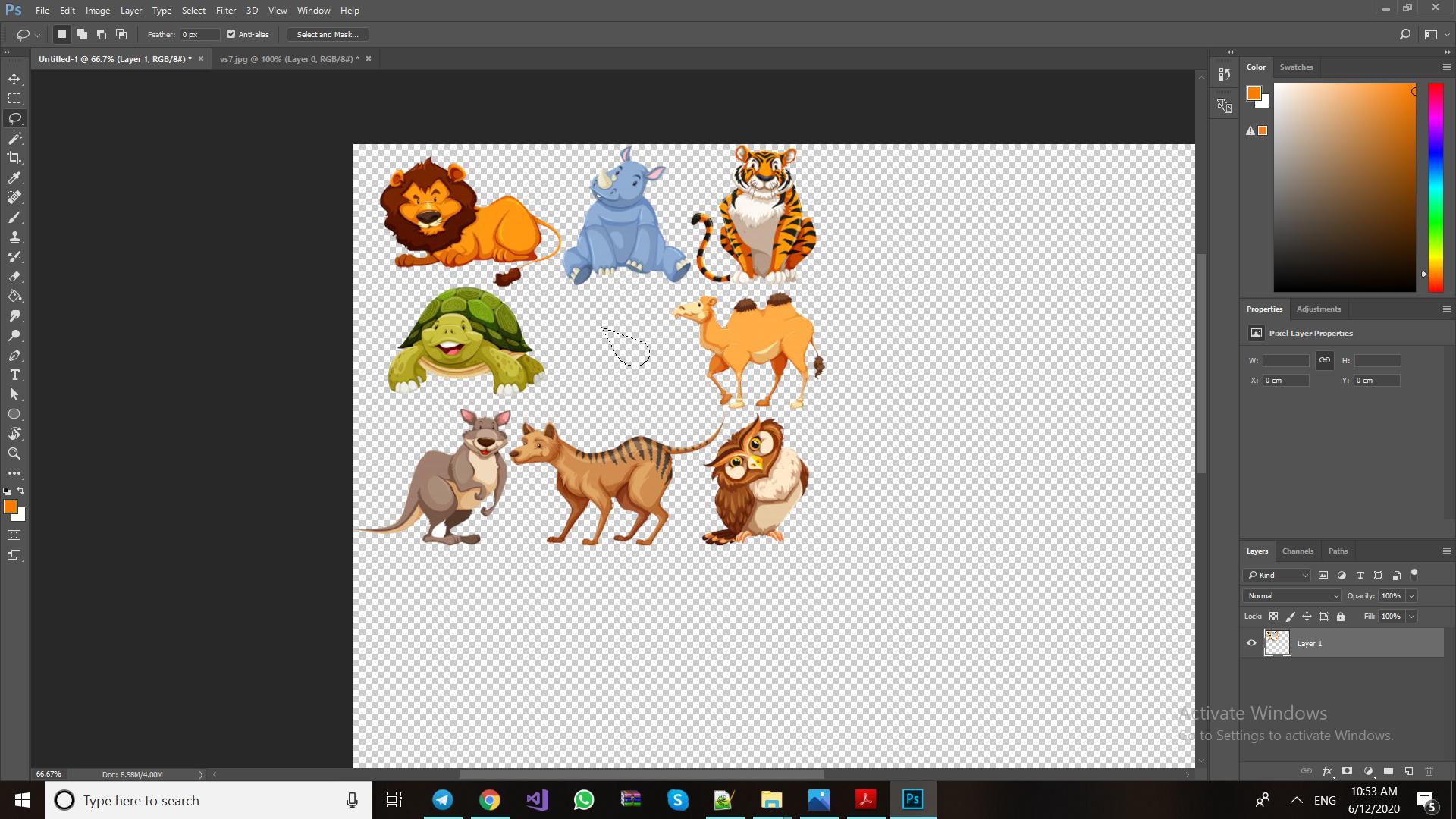 I've made a script for that â€” Split Layer to Islands â€” it's a part of a free scripts pack Scriptorator:

Note that in your file assets seem to be quite close to each other so maybe you'd require to upscale the image to 400% or 800% using the Nearest Neighbour sampling method before splitting the layers. Then you can resize it back using the same method to keep the pixels intact:

But you can generate a script or even record an action which lets you to click the next shape and after it does the rest for you. You click a shape and press a function key to run your action. I tried the action recording for this.

You can select a shape against transparent background with the magic wand which has tolerance=255. The action cuts the selection, pastes it, moves the appeared new layer to the bottom in the layers panel, reselects the top layer and that's that. The action stops and lets you select with the magic wand the next shape. You press the starting key to process it.

In the next image shape A is clicked with the magic wand:

Pressing function key F3 runs my action "separate" which moves the selected shape to the bottom layer. After running it and making 3 more selection+runs I got the next result:

The shapes accumulate to the center because the shapes are pasted, not pasted in place.

3
Photoshop - how to save just one layer?
16
Why do GIF images automatically lock the base layer in Adobe Photoshop?
1
How to create new image from a group of layers of the exact size as the biggest layer extends? (Cropping in photoshop)
1
How to duplicate an image into a new PSD and keep the original title (name) of the image?
1
How to cut a part of image in photoshop?
0
Create a new layer every time I make anything new in Illustrator as in photoshop
0
How to create different file names for every new document in Photoshop?
1
GIMP - Adding new layer blocks image below
5
Photoshop selection tools not working correctly
2
Split to layers by color areas in Photoshop automatically