How to make a wavy surface in Inkscape?

I have made this 3d rectangular shape in Inkscape. 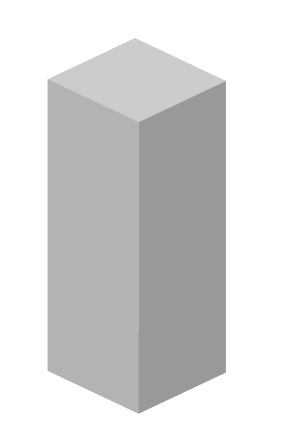 I want to make the top (lightest) surface "wavy", with some hills and valleys, similar to this image. 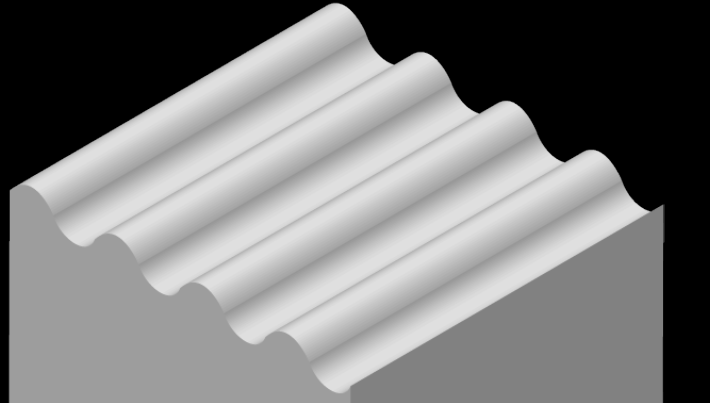 I have tried free hand drawing one side and using semi-circles to make the wave, but neither works very well.

Is there a filter or tool in Inkscape that can achieve this kind of surface?

It's not difficult, it's only tiresome. And you cannot get another view except by starting from the beginning.

Here's an explanation how to draw a small part of the wavy top plate and how to make it bigger. Start by drawing a circle and a square around it. The square is not used as a part, it only shows the projection somehow better than the circle. Convert the circle to path to get an editable Bezier curve.

Skew vertically and squeeze horizontally the shapes until they look a side of approximately isometric cube which has a circle drawn on it. A purist would check the transformation from a descriptive geometry textbook or more likely he would remember it.

In the right the formed ellipse is split at its four nodes to separate pieces to get some building material.

Make copies of the ellipse segments and draw a line+multiple copies to get the outline of one wave: 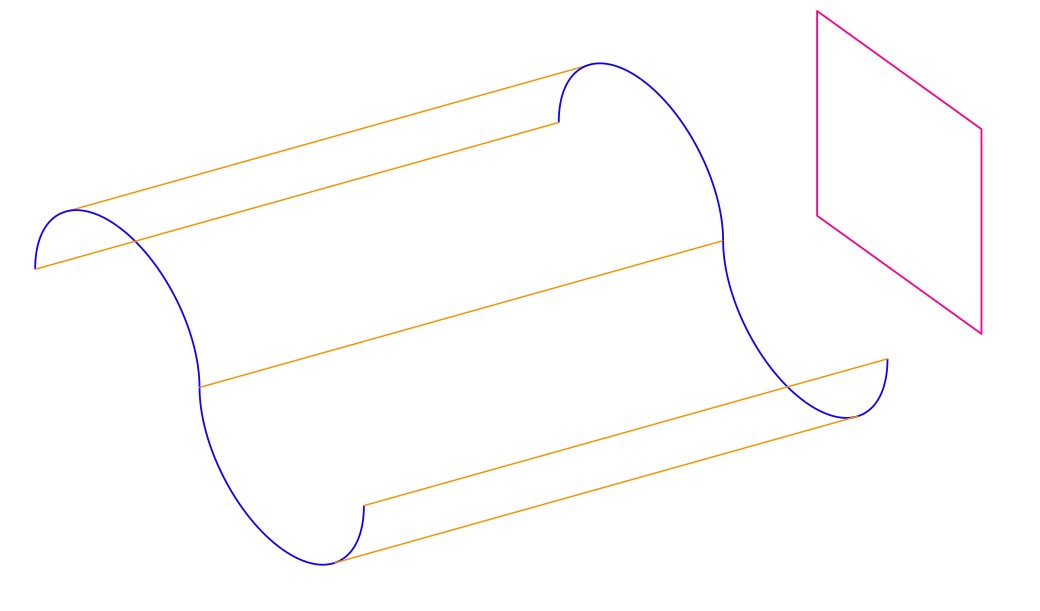 Split the ellipse segments at the visible region borders and join parts to closed shapes: 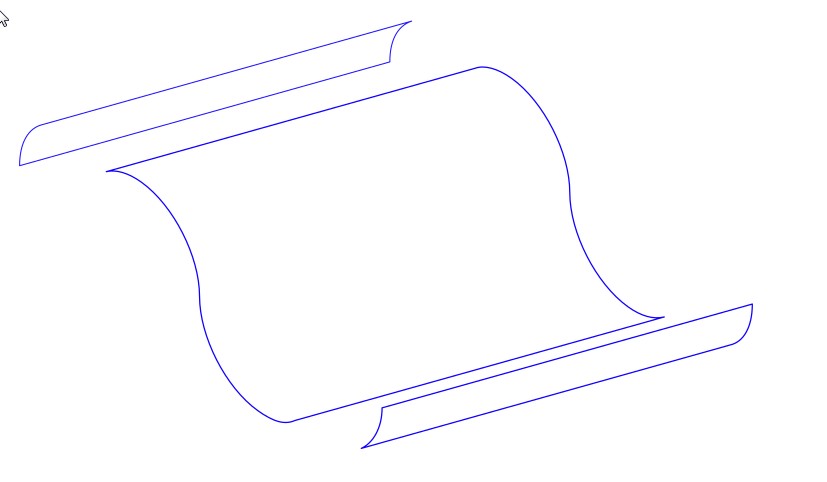 (I must admit that something like Ctrl+J or more likely the Shape Builder from Illustrator's repertoire would be welcome, but joining is well possible in Inkscape; one must only be a little more patient)

Coloring the parts with gradients is essential for the appearance. These gradients are simple which makes the surfaces look smooth and non-glossy. I guess finding good gradients are the most difficult part. 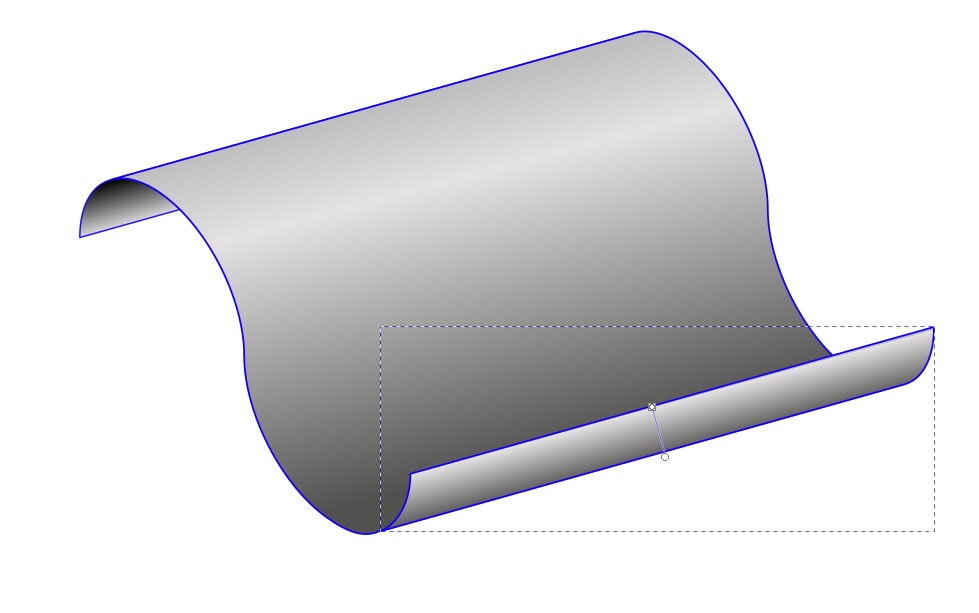 The underside is not needed in your case which makes the coloring simpler.

The wave can be stretched wider by moving all nodes in one end to the same direction further: 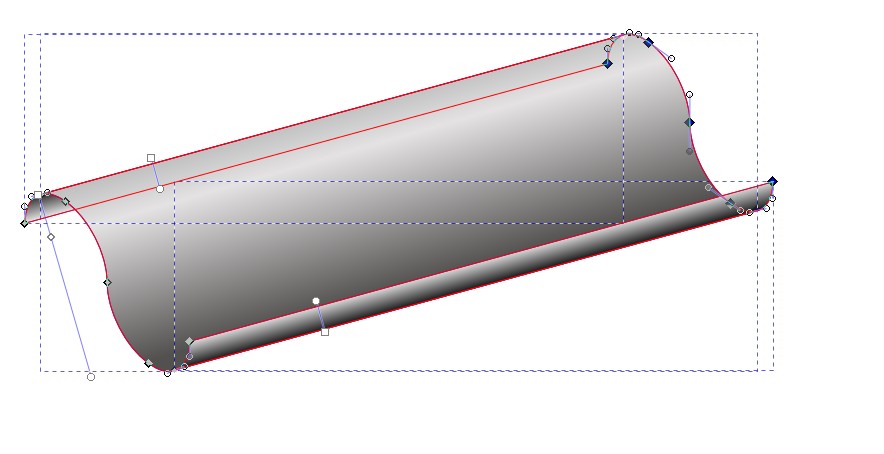 More than one wave can be chained: 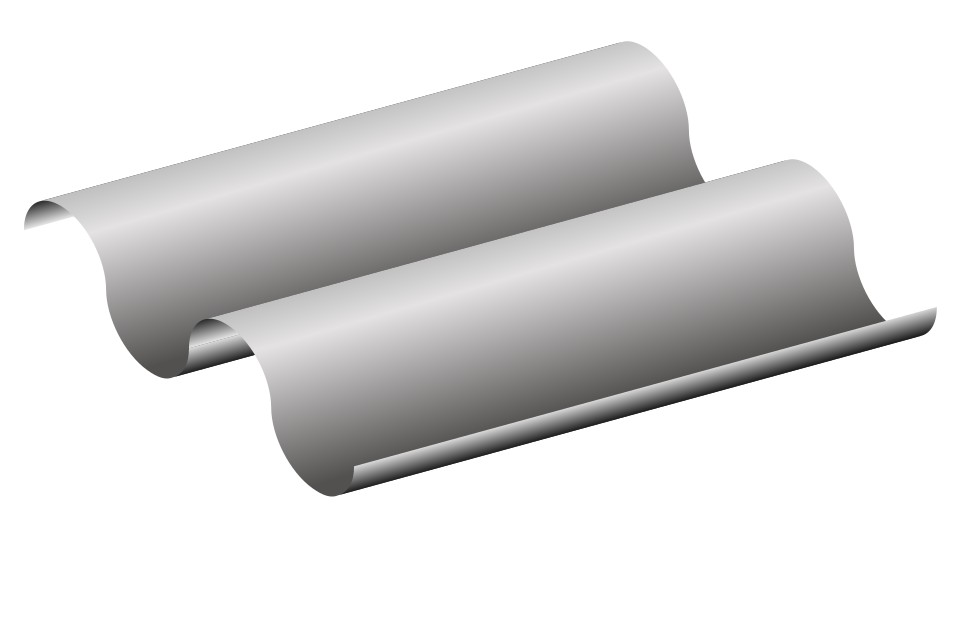 Here we have the underside a little visible. The two narrow pieces are actually the same shape rotated 180 degrees to get continuous coloring.

NOT ASKED: Many of us like to say "Get 3D!". It really can make the geometry fast.

In 3D you extrude a rectangle to get the solid block: 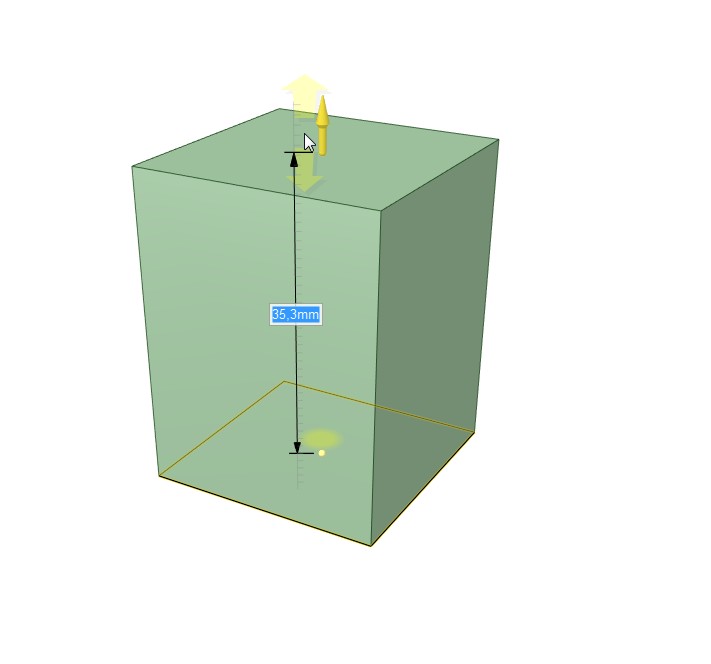 In CAD programs (like in this freeware) one draws to one side the wave profile for cutting. This is a random spline which came out with clicks. As well one could draw arcs like in your example:

Then he pushes the extras over the board: 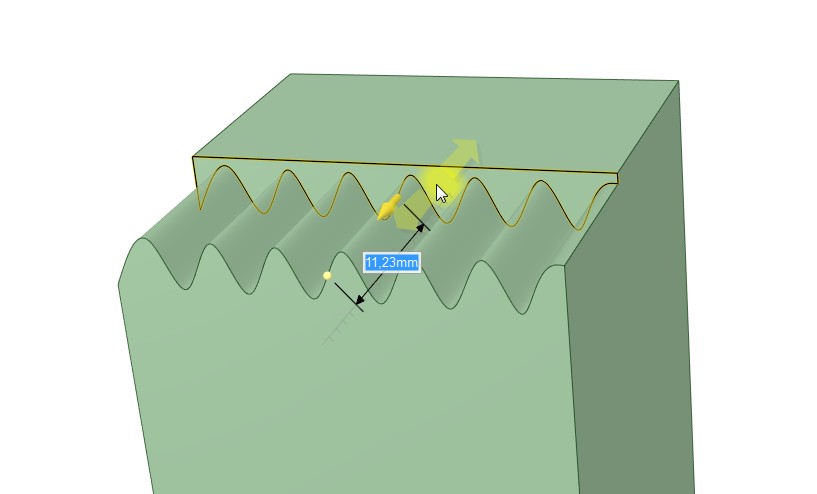 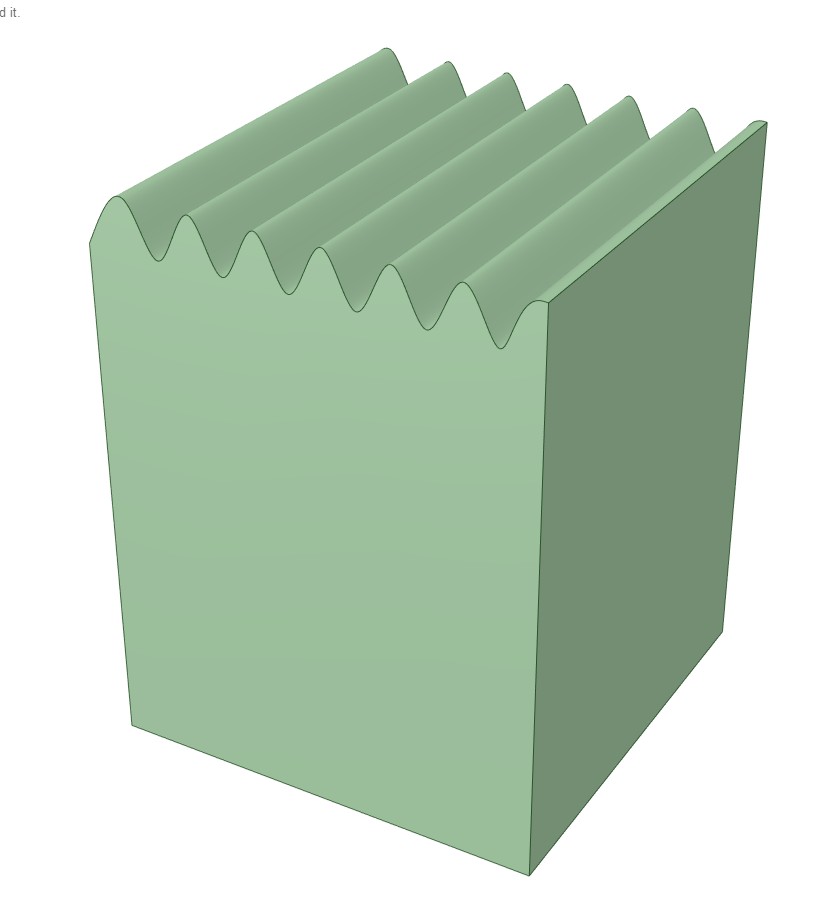 The result can be exported to be used in 2D drawing as a bitmap or non-colored wireframe. The latter is vector. 3D programs do not generate vector images with gradient shading or at least I haven't one which can do it.

Photorealistic high resolution rendering with plausible materials and adjustable lights is possible, but do not expect it's available in entry level 3D programs.

My screenshots are taken from DesignSpark Mechanical (freeware).

If one invests more time into it than I did, the result will be better than this: 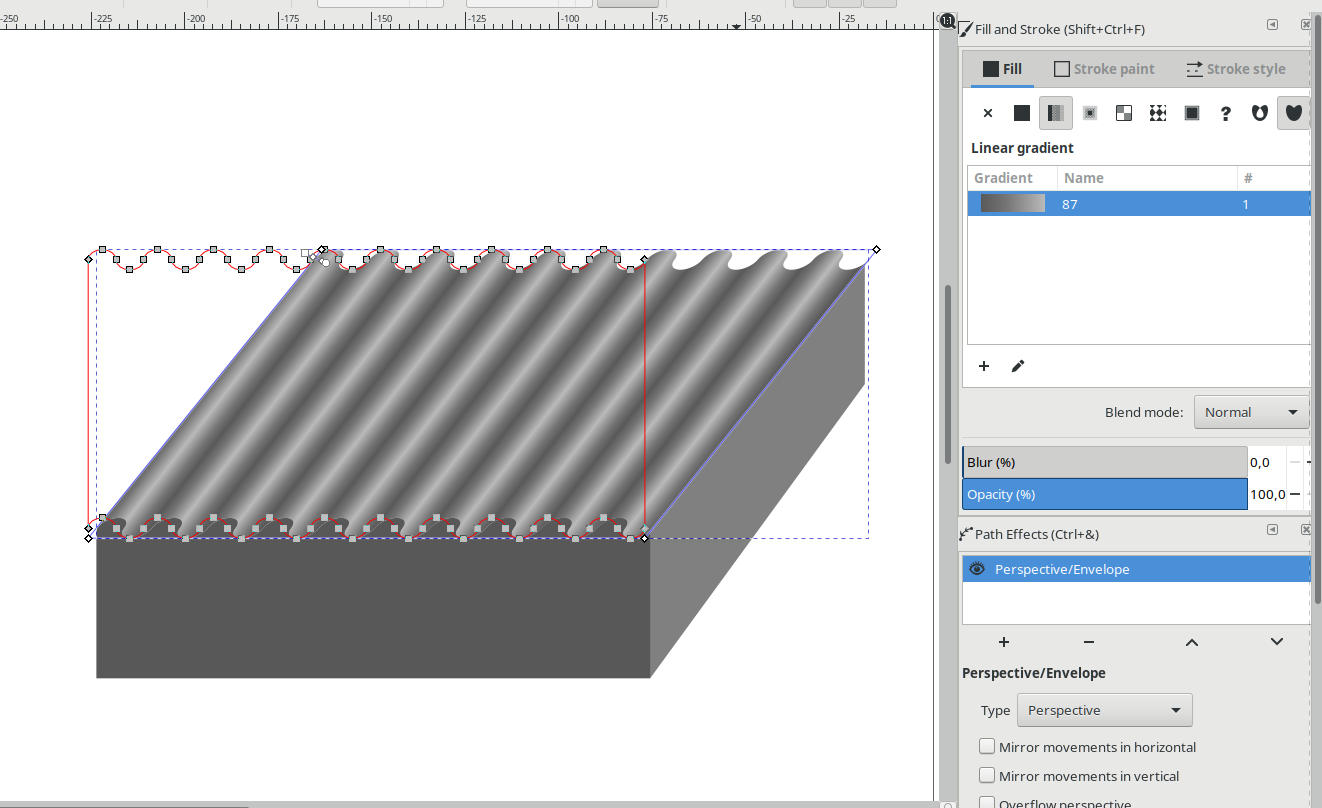 Not the answer you're looking for? Browse other questions tagged inkscape shapes or ask your own question.

5
Create and Edit parallel "bus" lines in Inkscape
8
How could I improve the shading on this chain link illustration?
5
How to make a nondestructive mask in Inkscape?
0
How to work similar colours of an image using Inkscape?
15
Inkscape - Feynman Diagrams
1
How to retain only the black outlines of colored drawings, and then convert to SVG (vector file)
2
Inkscape: using one object to cut away another while leaving both as "live editable"?
6
Critique of timeline aesthetic
1
How do I make a square whose border is made of numbers? [Inkscape]