What is the proper way to cut an outlined text in Illustrator? 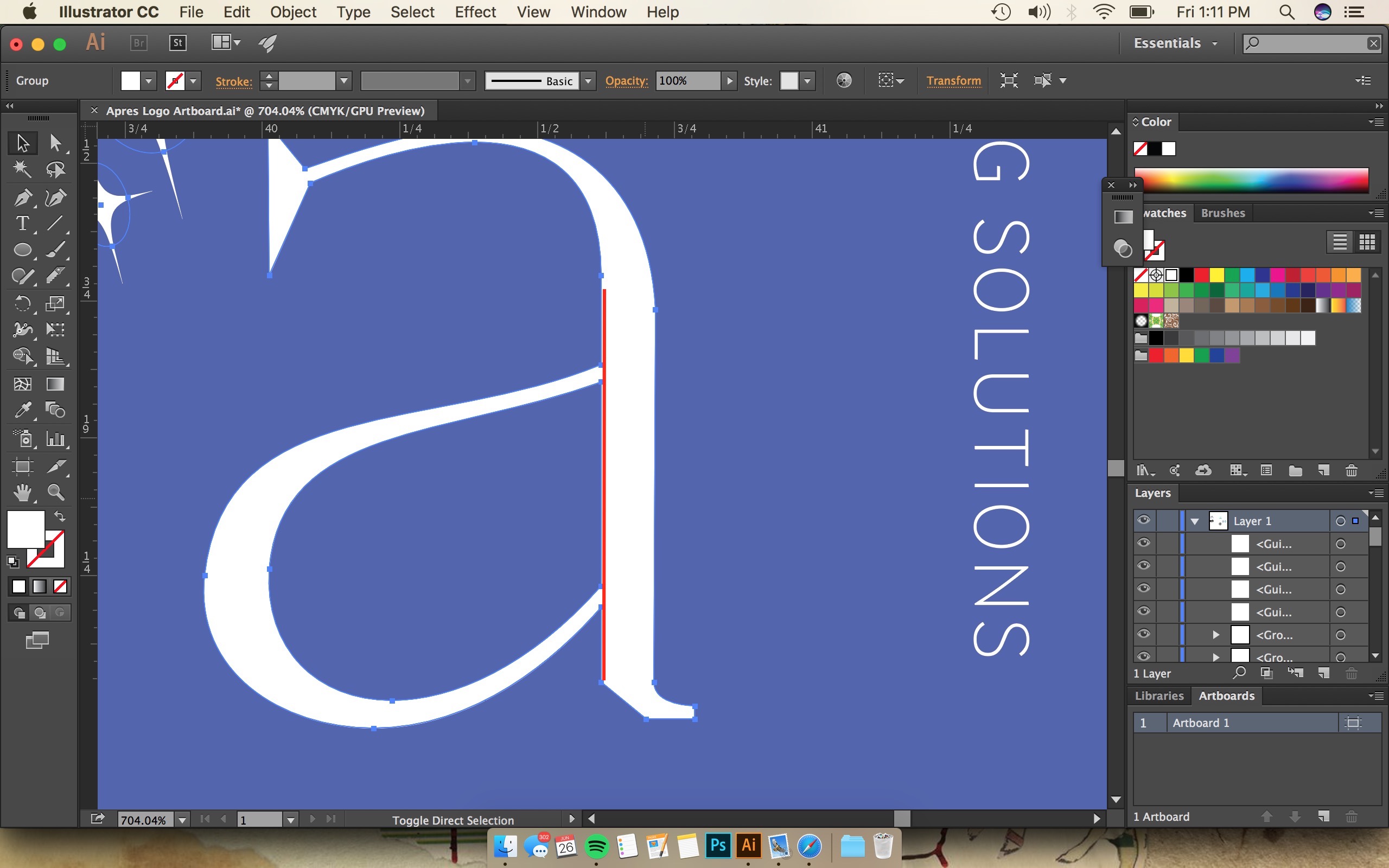 I could use the knife tool but it doest go on a straight line and not supper accurate.

I guess you have already tried the scissors tool and seen it doesn't separate the parts. That's because the outlined letter is a compound path and it's inside a group. The grouping happens automatically when one outlines text in Illustrator.

The result after cutting with scissors, releasing the compound path and ungrouping is more paths than you probably expect. I do not recommend the scissors for this.

But you can divide with an open path the shape below:

At first ungroup your outlined letter. Have View > Snap to point and Smart Guides on for perfect snapping, no other snaps! Then draw (=click with the pen) a chain of line segments (=polyline) which goes through the wanted nodes on the clip line. Of course, you can also draw a curve, if line segments are not enough.

Select the drawn polyline and goto Object > Path > Divide objects below. Beware: Select nothing else than the dividing polyline.

The parts become individual closed shapes and they are free straight away if there's no more groups to be ungrouped.

This method is useless if there's something under the letter. It will be destroyed if you cannot lock it. But you can copy and paste the letter to a free space and use the original as a marker to be able to move the needed parts back exactly.

Dividing with a curve or polyline isn't the only possibility. Another way is to make 2 copies and delete different curve segments from both.

Deletion can be done by dragging over the unwanted pieces with the direct selection tool and pressing DEL.

I have made a green and orange copy, deleted the extras and got this. The parts fit perfectly, but they are not closed shapes.

Here's needed a trick. Selecting one and pressing Ctrl+J (=join) doesn't make the shape to closed, you get an error message, because the pieces are still compound paths. That's inherited from the original. All paths with holes are compound paths.

Select one of the halves, apply Object > Compound Path > Release. Then press Ctrl+J as many times as how many gaps you must close. This is the final result:

The shapes are filled and the strokes are removed in the right to test how well they fit.

The 3rd approach is to draw a line segment between 2 nodes as a clipping line and use the shape builder to make the halves separate parts. It doesn't affect the possible other shapes below.

In the left there's 2 clipping lines drawn. In the middle all is selected and the shape builder is in use. In the right The result is ungrouped and the halves are moved apart.

The shape builder is the faster method but it has a tendency to increase the number of the nodes in paths. In this case there's only a couple of new nodes. Visually both methods look the same.

1
How to break object by anchor points?

15
What is the best way to make arrows in circular shape?
2
Most accurate way to cut up a shape at 45 degrees
1
how to prevent illustrator to take line as a path with text
0
Illustrator: how to round the corner of an angled shape
0
What is the proper way to illustrate/design in Illustrator without running into copyright issues?
2
In Illustrator, how do I create a cut between two anchor points?
0
Cut the portion of the line segment with knife tool in illustrator?