Why does “join selected nodes” into a single node not work?

While looking for a way to merge "overlapping" nodes of the flipped duplicated copy with the original object,(converting objects to path and selecting), and joining these overlapping nodes with the "Join selected nodes" option,the nodes just don't merge into a single node and break apart when pulled.

It does work in the first attempt , but in latter attempts it doesn't.

Why does "join selected nodes" into a single node not work and what over alternatives are there for this operation?

"Join" does not mean "merge" or "combine". Join refers to connecting two nodes with a path between them.

Typically you can't "merge" two nodes into one.

I'm not an Inkscape user, but in most apps, you want to join the two nodes, then delete one of the nodes (retaining the path) if the goal is a single node.

You can not create nonmanifold geometry. One can not just merge any node with any other node. You can only merge the endpoints or adjacent nodes together.

Inkscape is just simply a direct modeller. You directly model the underlying rendering. Indirect modeling tools also exist but in practice people have harder time learning to use them.

I landed on your question because I was trying to join symmetrical objects but had forgotten the details and was trying to recall how to do so again. While the answers already given here are technically correct, I think there are a couple quirks about how Inkscape works and describes things that are making it confusing.

First, the documentation - while having examples calling out "end nodes" vs. "nodes" - does actually make it seem like any two nodes can be joined.

Join (merge) nodes - Select at least two nodes. When you click on the button, the nodes will be merged into a single node. Inkscape will try to preserve the path’s shape as well as possible.

(From https://inkscape-manuals.readthedocs.io/en/latest/node-operations.html) I believe the observations of others here about this being end nodes only is correct and needs further consideration; however, more on that later.

This can make for a frustrating experience. For example, consider making something symmetrical. You might draw half, copy, flip, and then wish to join the two halves together.

Suppose I have these two halves of a W-shape and then wish to do a "Join nodes" operation: 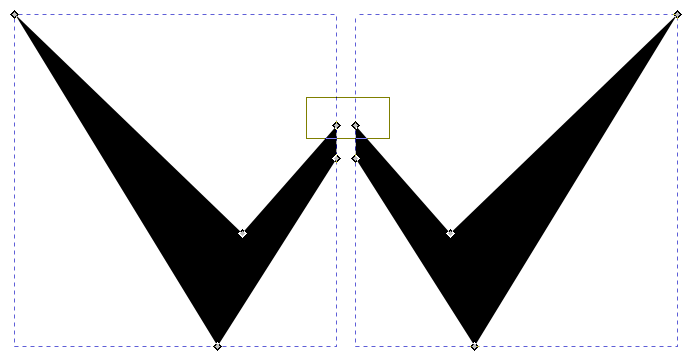 While the documentation makes it seem this should somehow work, it does not.

However, let's return to the idea that perhaps these need to be end nodes instead. When I think of end nodes I typically think of an open, non-filled path. Joining works fine for a simple case like this: 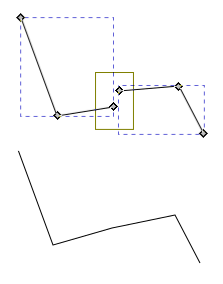 But all that's really needed is that the path be open - so interestingly we can transform our nodes into end nodes. If we go back to before we copied the object, we can select the segment attached to the node we are going to join and delete it using "Delete segment between two non-end nodes". 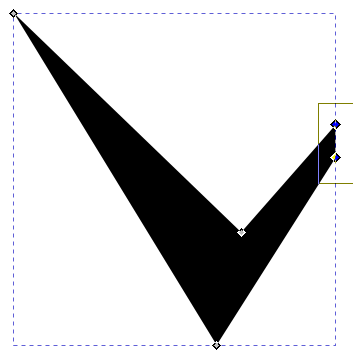 Confusingly, the end outcome of this operations looks identical visually because our stroke is not particularly obvious. However, now the operation from before works as expected. 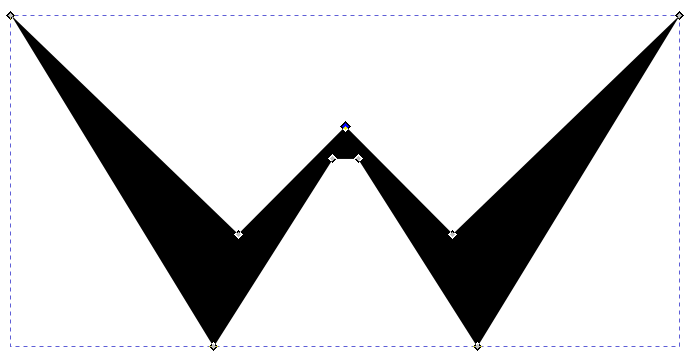 And you can also do the same to the other node affected by deleting the segment since it is an end node now, too. 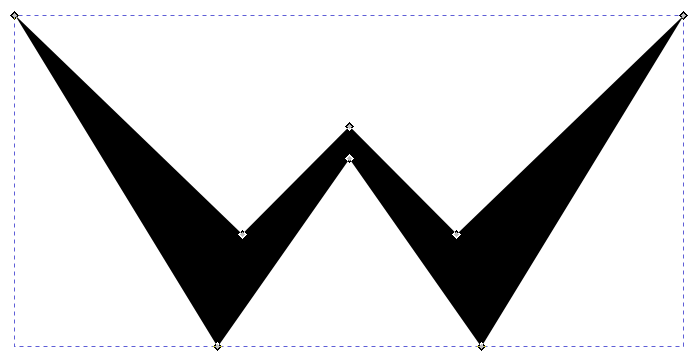 Now what about the documentation not indicating that these need to be end nodes? Well, I think there's a reason for that, too. It doesn't strictly have to be end nodes if you are also considering nodes in the same path - then it simply appears that they need to be contiguous. For example, you can do this type of "Join nodes" operation: 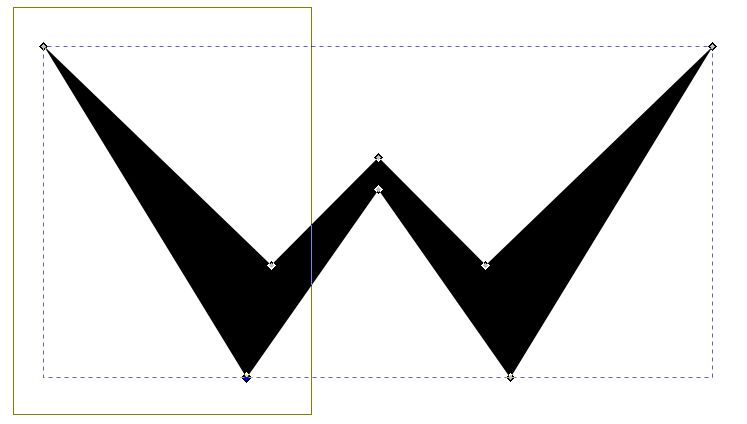 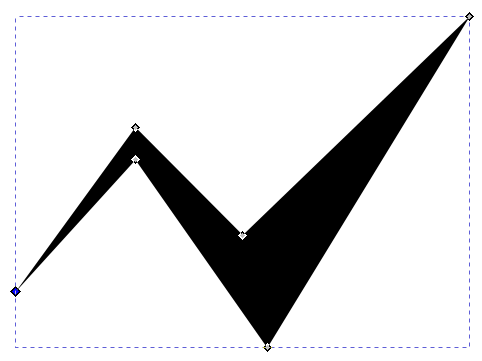 However, non-contiguous nodes will not work for the same reasons others have listed that arbitrary nodes in different paths cannot be joined. For example, the following will not work: 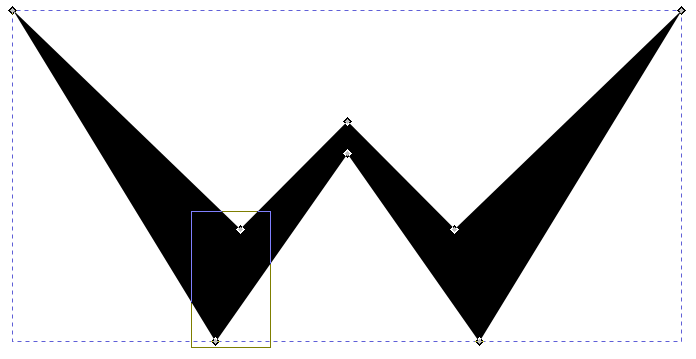 So returning to your original shape.

We can still get close to a bowtie. First, use the "Insert new node" option on the top segments, like this: 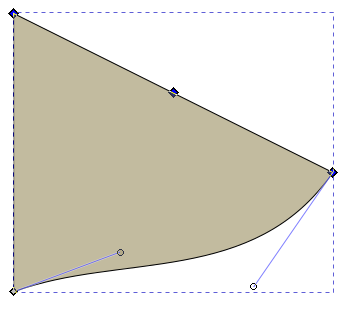 Reposition so that the newly added nodes are similar to the trick we used from the W above.

Now delete the segments to make them end nodes and then join as with the W:

So it isn't strictly one point, but with a bit of positioning most of the same properties are preserved - and most importantly, the shapes are joined.

J TranaJ Trana
101
New contributor
J Trana is a new contributor to this site. Take care in asking for clarification, commenting, and answering. Check out our Code of Conduct.
add a comment  |

Not the answer you're looking for? Browse other questions tagged inkscape vector or ask your own question.

3
Join mid points of two adjacent paths in Inkscape
6
Laser cutting vector image - bitmap created two lines when I need one on border of counties
7
Automatically merge overlapping nodes in inkscape
1
Merge and delete the nodes from overlapping shapes in Inkscape
10
Why does my text made in Inkscape not display elsewhere?
1
How to connect three different nodes into one in an Inkscape?
1
Inkscape multi-closed-region multi-lined path