When brushing with a translucent colour, is there any way to make multiple strokes into one?

The example below is using Krita, but since this kind of operation is common in almost all graphics software, I would like to know if there is a general method for this.

When brushing with a translucent colour, while I am brushing without releasing the mouse left button, the drawn part has the same colour. But if I release the left button and try to brush again to add some missing parts (that was not painted by the previous stroke), the overlapping area gets thicker.

But often, I want to paint a single entity with multiple strokes, because painting the exact shape in one stroke without releasing the left button is not easy. Is there anyway to make a few consecutive paint have the same effect as one paint, that is, the overlapping area below would not be thicker than the other part? Something like pressing a modifier key during multiple strokes, etc (tried, but there seems to be no such thing)?

The workaround I could come up with is creating a separate layer, paint with a completely opaque colour, change the opacity of the layer, and then merge the layer, but this is really cumbersome. 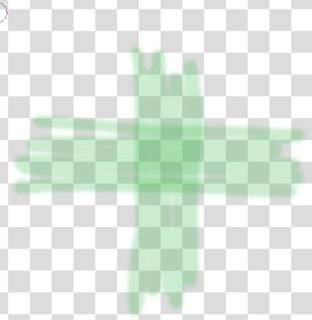 I would try a different approach if you don't want that to happen. 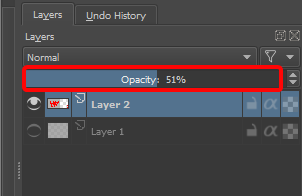 Force new strokes to stay off from already painted areas. Select the unpainted area with the Contiguous Selection Tool (=Magic Wand) and go on painting.

Before making the selection you must set ON tool option "Limit to the current layer".

ADD: The method has a problem. Antialiasing leaves one pixel wide noticeably thinner zone at the selection border. It cannot be fixed by expanding the selection (=one of tool options) because it would create as noticeable overlap. Removing antialiasing from the selection tool doesn't fix it if the previous brush strokes are antialiased.

The problem can be fixed in two ways

Not the answer you're looking for? Browse other questions tagged transparency brush blend-modes krita or ask your own question.