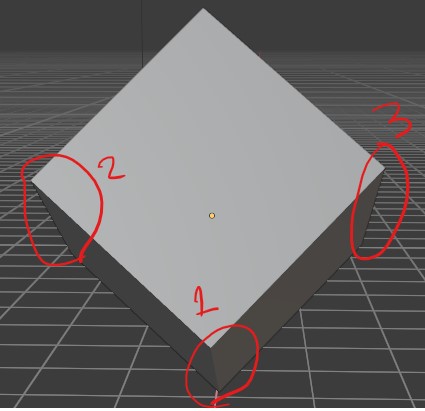 An elementary sight line drawing puts the things to their places: 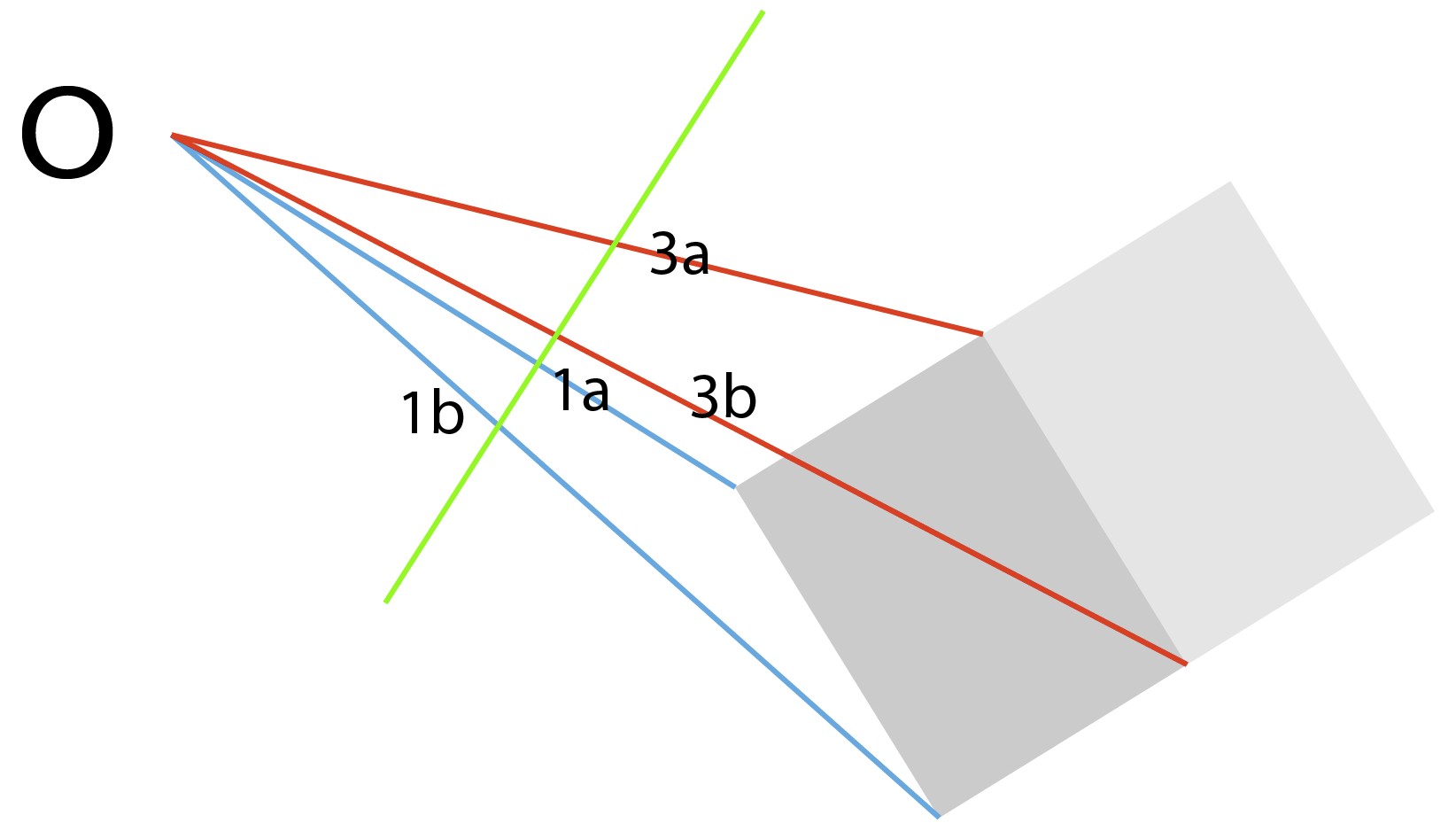 This is only the side view. If you make the same drawing but as seen from the top you will see that the ends of edge 3 (and 2) have also sideways distance, but the ends of edge 1 haven't it. That makes the apparent length difference even bigger.

What's missing: some practicing to construct a perspective drawing when the observer's point (=the station point, as they often say) the image plane and the top and side views of the whole constellation are given.

Not the answer you're looking for? Browse other questions tagged perspective blender or ask your own question.

6
Speed effect on electrons - 3D
3
Perspective/non-linear blends with a common centre
3
Do 3d Programs calculate perspective?
2
Repeat lines and expand the space between them
2
Photoshop to render CAD data to photorealistic images?
3
Draw 3D twist and bends in ribbons in Inkscape
2
How does the distance between stationary point and picture plane effect perspective?
1
Finding proportions in perspective
1
Making sense of 1 point perspective