I made six similar and simple designs with a photo and text on top with stroke. The stroke on the tilde looks fine in Illustrator, as shown in this screenshot:

I exported the several files as PNG to print on A1. Each export took 5-10 min and I sent them to the service bureau. I later realized that the tilde was cropped on all designs that had a stroke, as in these examples: 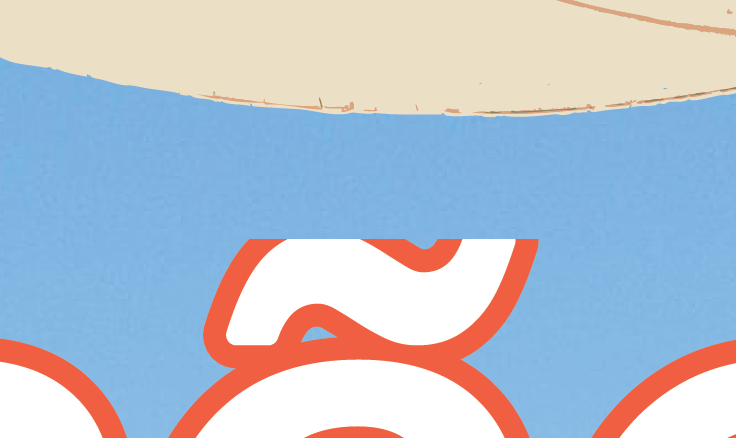 and was fine on the design that did not have a stroke:

The stroke is from the font, I did not expand the appearance of the text. I suspect that this is a known glitch because the cropping is consistent across exports and does not happen with a font that has no stroke. I am using macOS Mojave 10.14.6 and Adobe Illustrator CS5.1 (very old, I know).

Can I avoid this cropping glitch when exporting to PNG?

Update: To answer the comments:

Following the comments, this seems to be a one-off issue. My approach now is to export the file, inspect it for problems, then fix the glitches by expanding the relevant font. That has worked so far.

Not the answer you're looking for? Browse other questions tagged adobe-illustrator export png glitch or ask your own question.

70
What resolution should a large format artwork for print be?
0
PDF only with JPG photo is 7 times larger than original

11
In Illustrator CS5, why are my colors dull when I export to png?
0
Random horizontal white stripe in exported PNG (Illustrator)
1
Inkscape png export: color at the boundary of touching rectangles
0
Text from illustrator appears blurry when exported as JPEG/PNG unless zoomed
1
How to export logo to be used in Word
1
How to export a design with transparency in CMYK?
0
Illustrator file saved as PDF darkens picture color