Vector Brush Gets Pixelated in Photoshop

I'm trying to create a brush the makes little squares in p-shop. I tried several times to do the whole thing in p-shop but whenever I change the size of my brush after the fact, the edges of my square are all pixelated. I've even tried creating a vector object in illustrator and copy pasting it in p-shop to create my brush. Is there a way to create the kind of brush I'm attempting and still have crisp edges on my squares?

This is the shape I'm trying to create

For further clarity, this is the type of brush effect I'm going for, but as you can see, it's not clean. 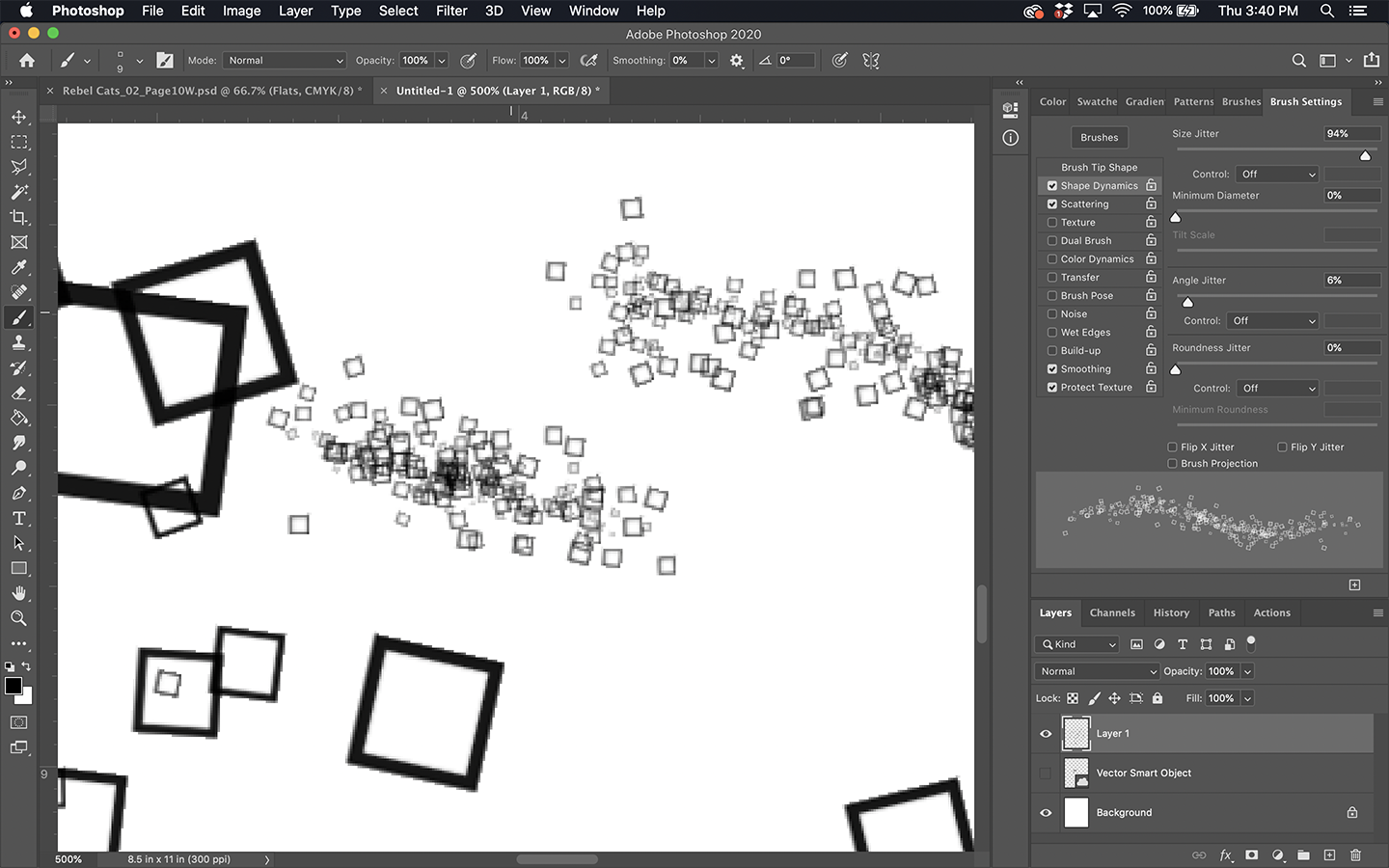 Brushes in Photoshop are always raster. There's no such thing as a "vector brush" in Photoshop. And as with all raster content, scaling, especially enlarging, can cause degradation.

If you wish to use a brush and prevent any loss of quality, create the brush at the largest size you need. Reducing the brush size won't show the pixel issues as much. But it will still be raster in nature.

The only real way to get around this is to use Custom Shapes or Shape Layers, not brushes.

I was thinking about this question because I think I've bumped into this before... So, I don't think it's a recent bug. If it is a bug, it has probably always existed.

Either way, the issue seems to be that Angle jitter on a square brush does weird things to anti-aliasing on the outside edges. Occasionally anti-aliasing disappears completely and generally just looks terrible. Solution: Rotate the square 45 degrees before making it into a brush.

This is a pretty lengthy explaining how I got to my conclusion, which is at the bottom of the answer after "Conclusion"

So it's probably not that much to do about anti-aliasing after all, but rather the edges of the source image are hitting the edges of the brush "canvas" or "outer perimeter", which is chipping away at the edge in some way. That's my suspicion anyway.

It could just be the brush engine can't create anti-aliasing at the edge of the brush "canvas".

So the reason why rotating the square 45 before making it a brush works is because that makes it so only the corners of the brush are hitting the brush "canvas" and the square edges are as far away from the "canvas" edges as possible. So when this suspected shifting happens with Angle jitter, there's nothing noteworthy at the very edges to degrade.

A little diagram on what I think is happening:

This might not be what is actually going on... 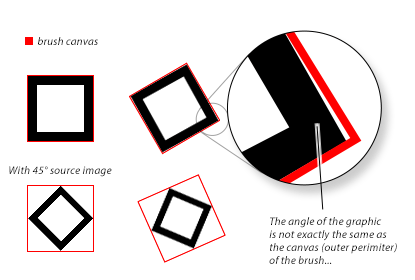 The image is scaled by the browser, so you should open the image in a new tab to see the edge quality better with 100% zoom. 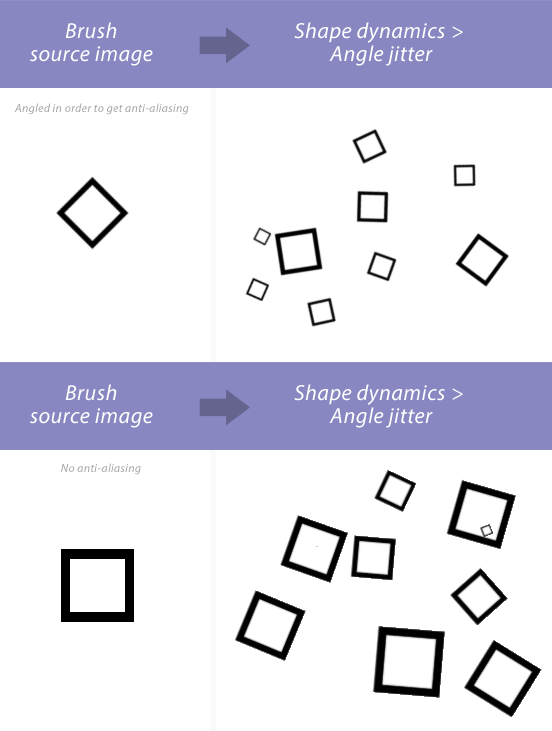 4
Square brushes in Photoshop have one rounded corner
2
Custom square brush defaults to circular?
41
How to quickly and easily create a grid with Adobe Photoshop?
1
How to remove the color fills from this drawing and transfrom lines to B&W vector
1
Object Mosaic in Inkscape?
2
What Tools Would You Use to Build Something Like This?
1
Razor Sharp, Pixel Perfect Text Export from Illustrator or Photoshop?
4
Photoshop: How can I change the layer type?
0
Vector gets pixelated