I'm using the pencil tool to draw individual hairs. I changed the pressure to give them a smoother appearance. However, the start of the hair still looks rough (see picture below). It looks too rounded and it does not look natural. By changing the pressure on the start of the brush the hair looks thinner than what I'd like. Consequently, I need to increase the pencil width and I'm back to the same issue.

Alternatively, when using a brush in the Pixel Persona, the quality is horrendous (see picture below). I'm using a resolution of 3150x3150px and 300dpi.

What settings or alternatives would you advise so I can draw more natural hairs? 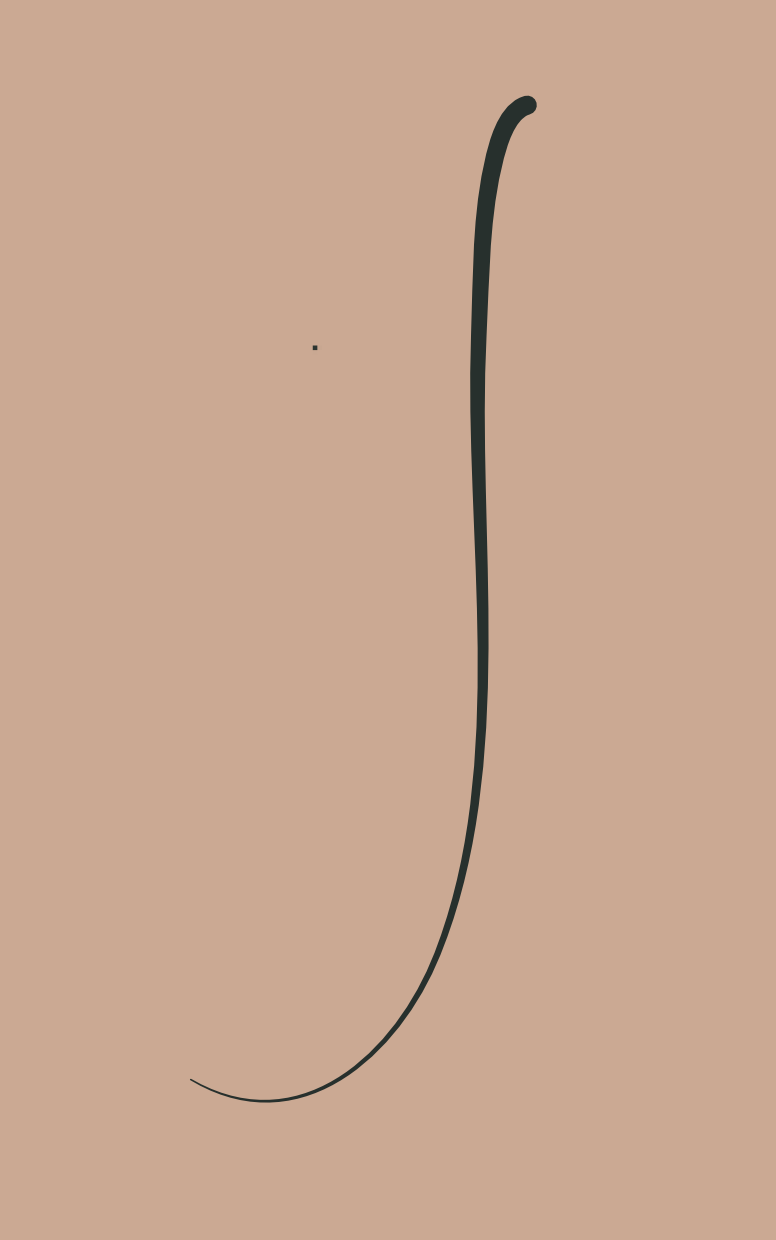 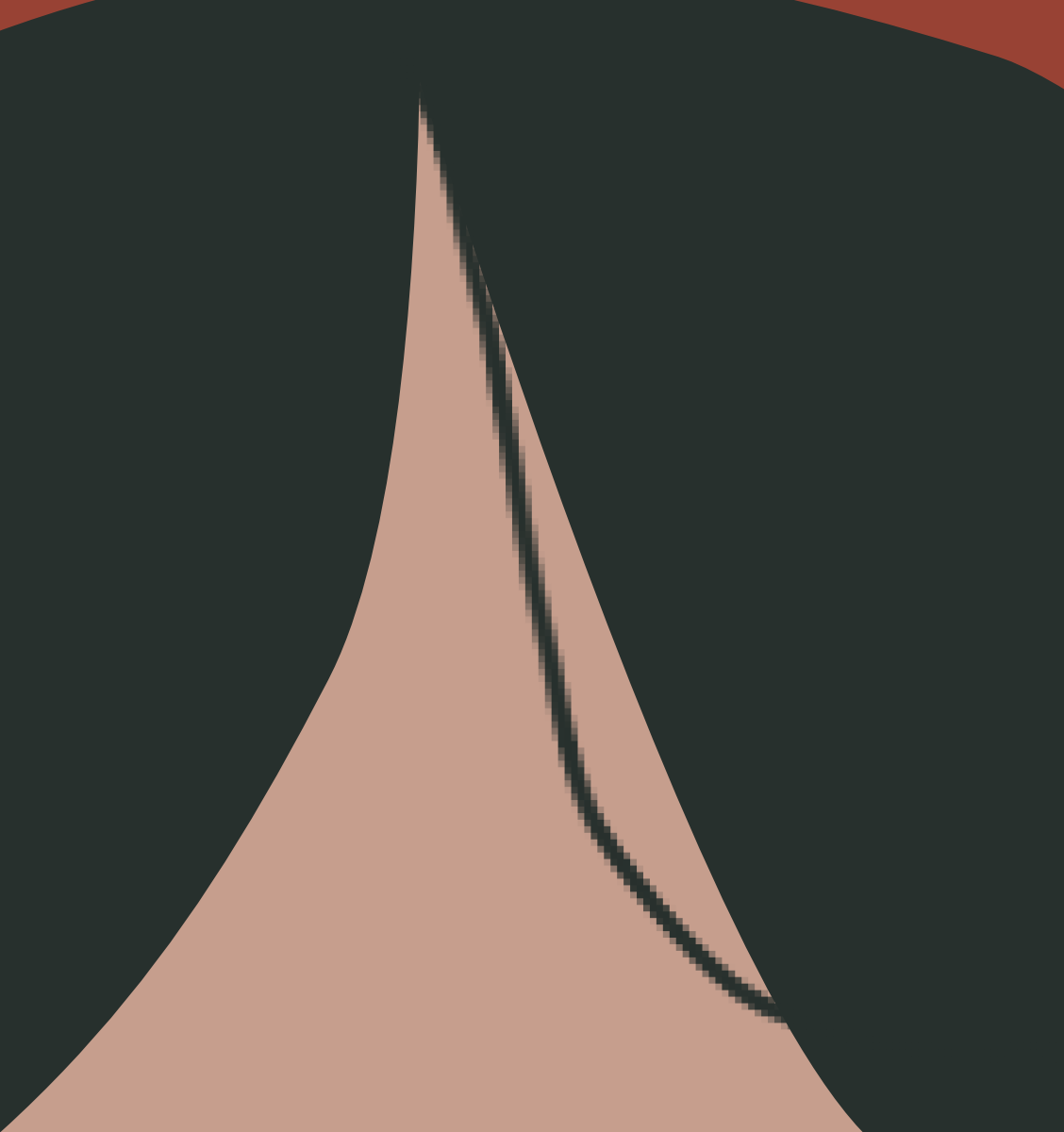 In a non-photorealistic vector drawing a consistent style is essential. Inserting blurry pixel patterns to a sharp vector image isn't OK. Your stray hairs should be a sharp vector shape, too: 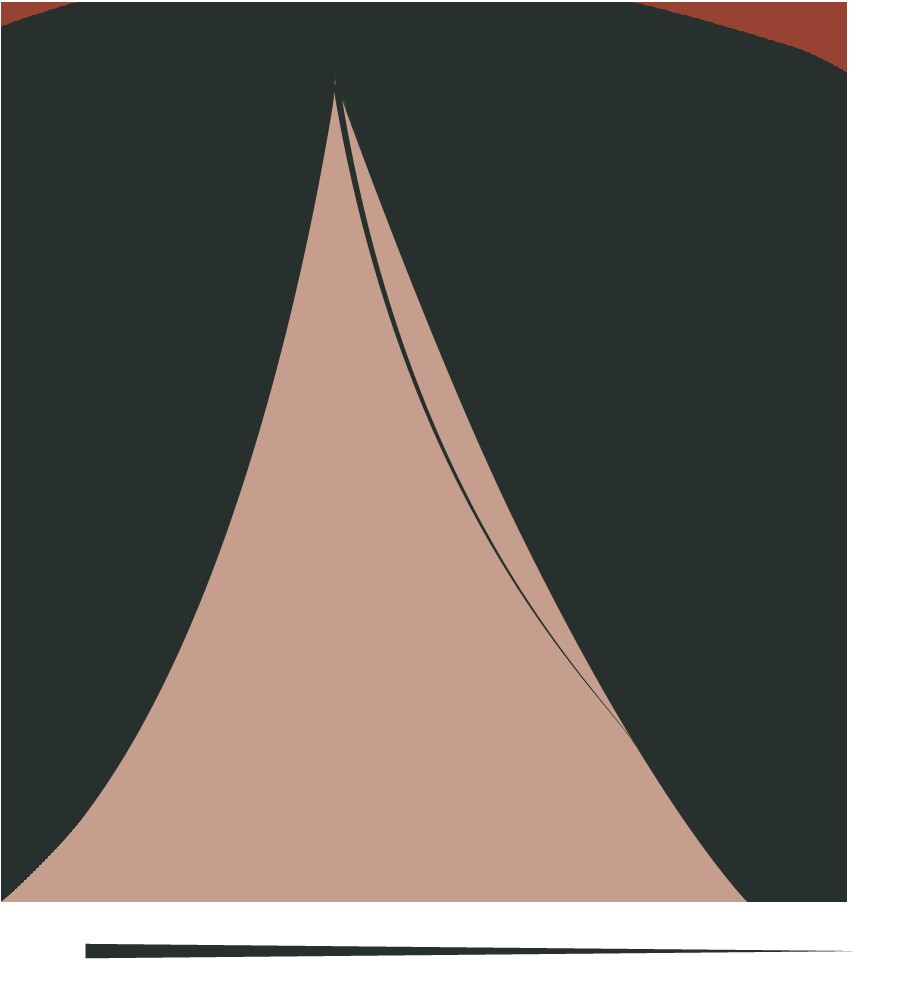 This is a curved triangular shape. It's shown as straight and much widened below the image.

ADD: These are not made with brushes. They are plain three node paths which can be made with the pen. There's no stroke, only fill. They can be modified with the node tool and by scaling. Here's one example:

In Inkscape you would have effect pattern along a path which would reduce the work substantially. Consider to take it into use because together they are much more powerful than Affinity D. or Inkscape alone. Pattern along a path bends, stretches and repeats(if wanted) a vector shape along a curve. The result is easily colorable and there's also possible to have colorful brushes.

In Affinity D. vector brushes are warped PNGs (=bitmaps). It's well possible that you need say 1000 or 2000 pixels wide PNGs for vector brushes if you expect razor sharp painted shapes which fit into a sharp vector image. Having plenty of them can slow down your computer.