I need to convert many files of the same size to polar projections. This is easy to do in GIMP with the Polar Coordinates plugin (Filters > Distorts > Polar Coordinates). However, I'm not sure how to either automate or batch this process.

I know that it is possible to script the automation and there is a commonly suggested batch processing plug-in called BIMP. However, both options call the "plug-in-polar-coords" procedure which does not act the same way in script as it does in the GIMP GUI. Below is an example:

I need to go from files that look like this (courtesy of Flickr user gadl (Alexandre Duret-Lutz) under CC BY-NC-SA): 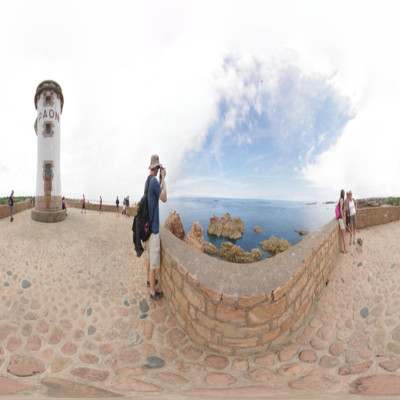 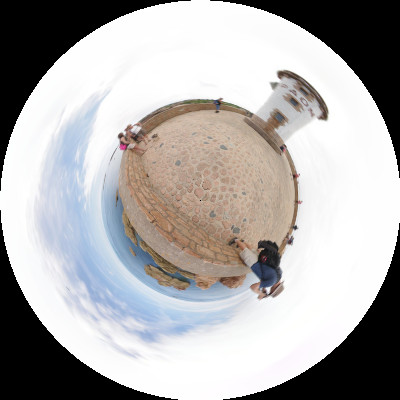 Which I've done with these settings in GIMP GUI: 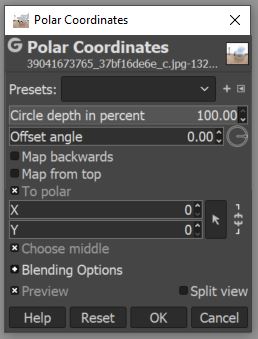 Now I need to figure out how to do this with multiple images. I tried to use BIMP with the manipulation "plug-in-polar-coords" but it does not provide an option to map the image to a circle as in the Polar Coordinates window (i.e. the "To polar" radio button). 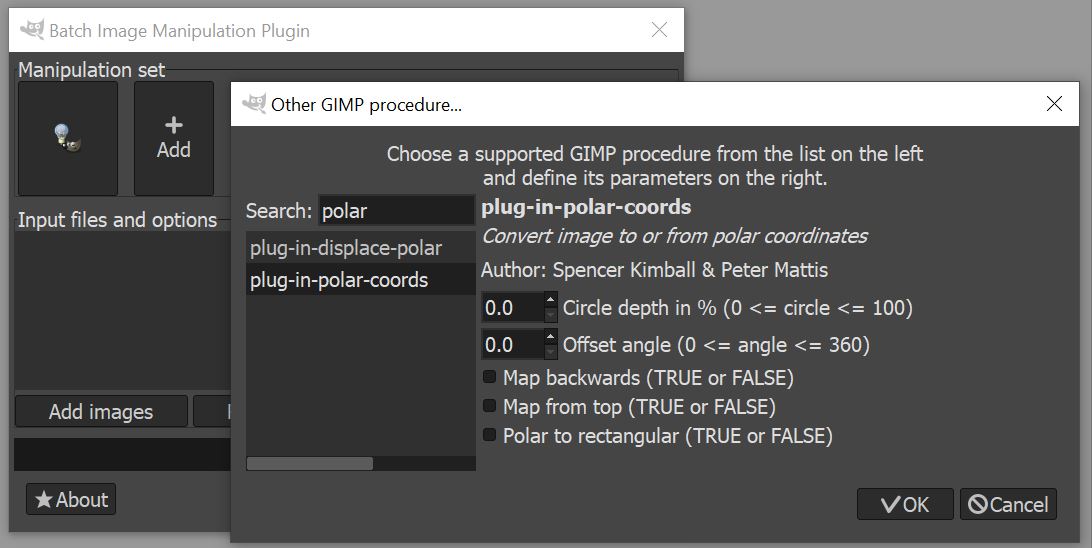 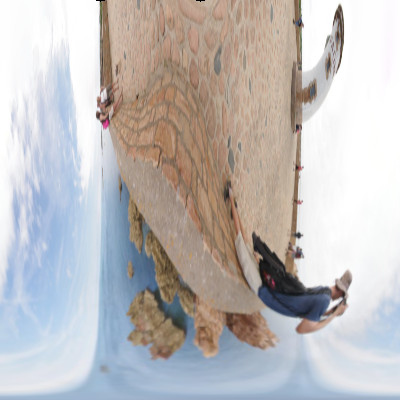 The plug-ins are mostly implementing the Gimp 2.8 GUI. You would just need to set circle depth to 100% and "Polar to rectangular" to "False"

Demonstration: in the Gimp 2.8 UI I get the same output as you with these parameters: 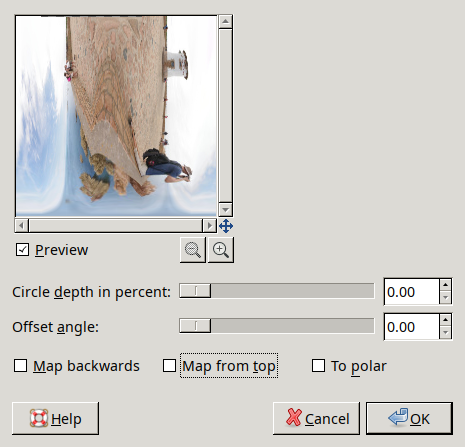 And to get the picture you want I change to these: 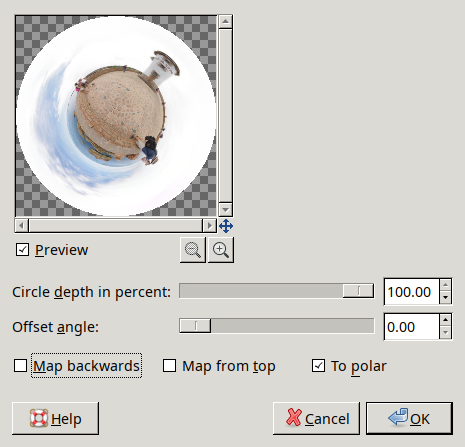 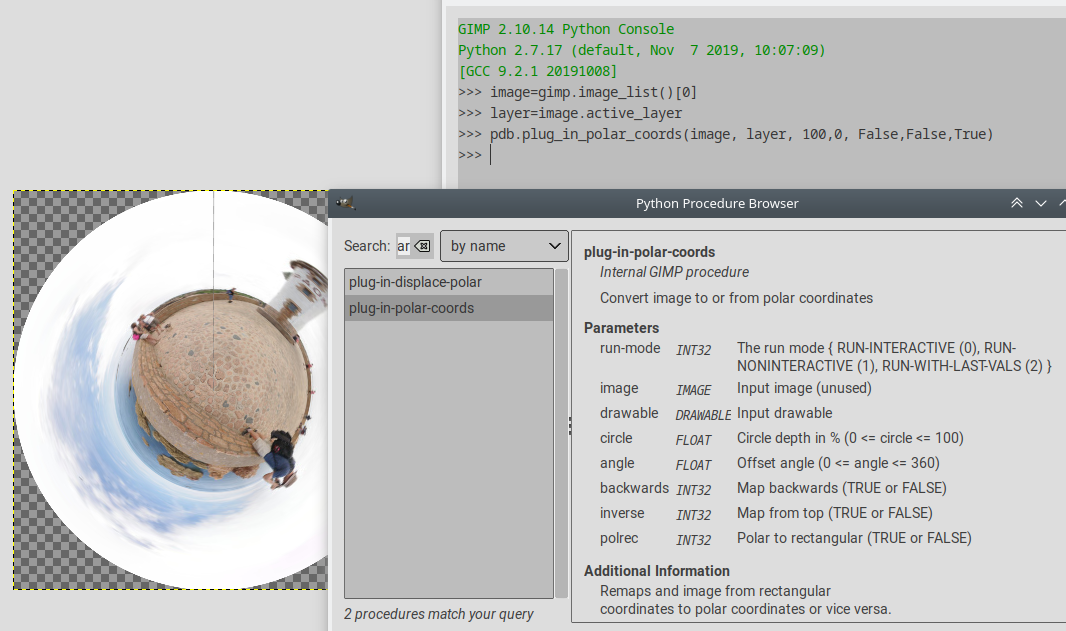 So I know next to nothing about Gimp, but you could do this in Imagemagick, which as long as you're able to install, should be as easy as copy&pasting the code into the command line and pressing enter. 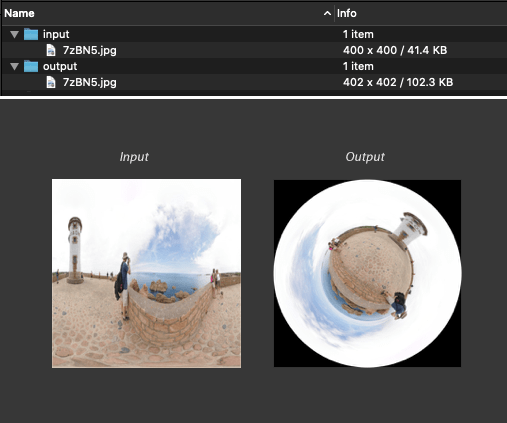 Not the answer you're looking for? Browse other questions tagged gimp batch-processing or ask your own question.

1
Photoshop batch job: export to folder (filenames)
6
Batch oilify in GIMP
7
How to batch resize canvas of multiple files placing the original pictures in the centers?
5
Export multi page pdf with gimp
1
GIMP - Pythonfu PDB Code For Colors>Desaturate>Color To Gray
2
Batch Automation: Is there a way to change the image quality, when saving for web?
3
How to batch convert RAW NEF to JPEG in GIMP?
2
How to batch whiten photos of text files (using Bimp or other method)