My question is different than this question.

I have created a design with blended lines:

And now I would like each of the intermediate steps between the two base strokes to become a stroke as well.

"Flatten transparency" doesn't work, because it only converts some lines, and it converts them to outlines so I have two strokes around each line instead of one:

And "Expand Appearance" doesn't work either, because it does this:

Since I am creating a Blend between two Strokes, I would very much like the result to be two Strokes. Seems logical that there'd be a way to do this.

How can I turn Blended Strokes into actual Strokes?

You are getting it almost right, but need to stick to the options under the Blend menu: 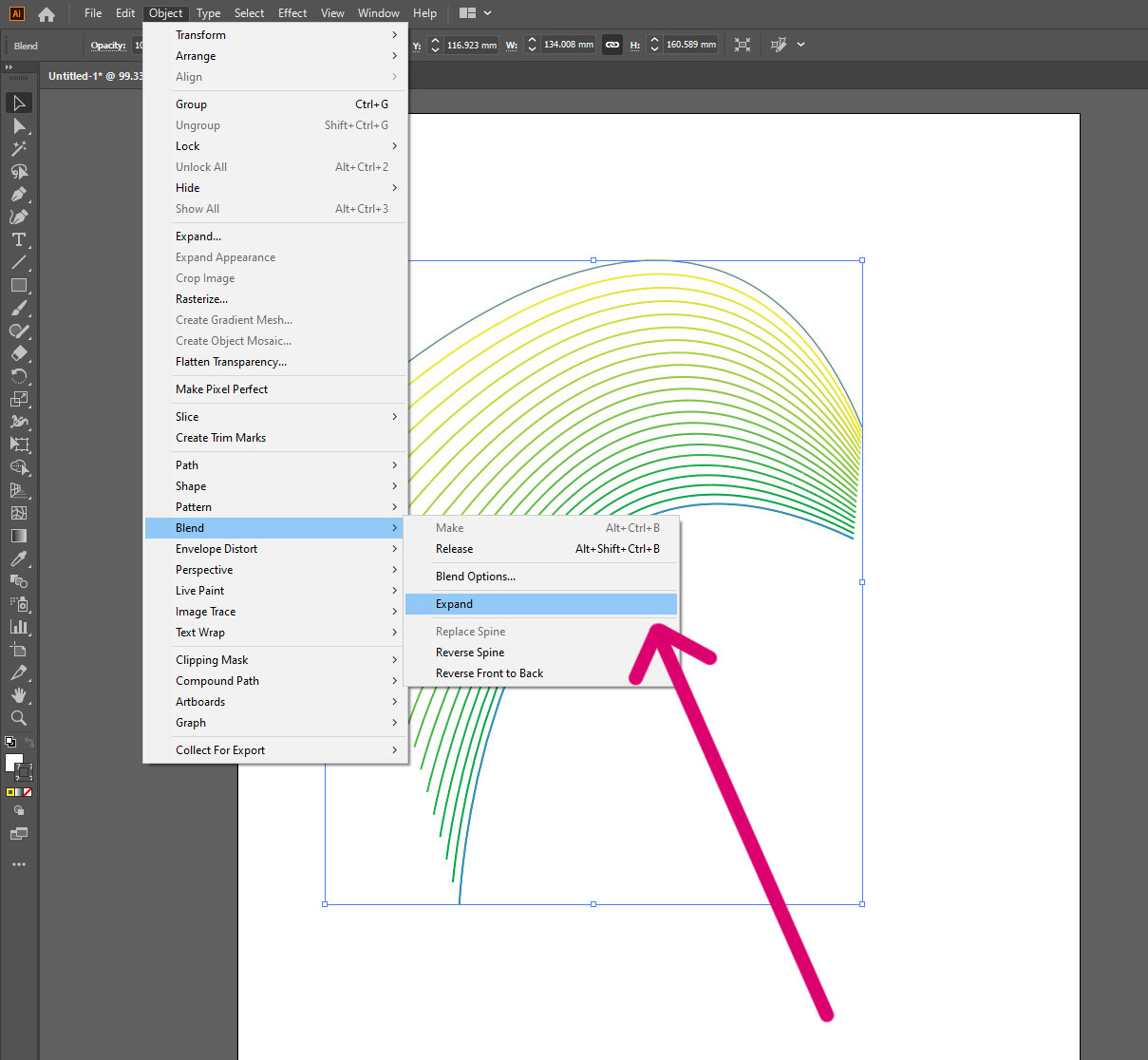 Further to some exchange in the comments, the real reason for the problem was discovered.

The reason Expand was greyed out for you is because you used the Brush Tool to make the paths, which applied a brush to the path. It wasn't a basic stroke. This means you when you tried to do Expand the Blend, only Expand Appearance was available, and this expanded the brush strokes too which messed everything up.

Ideally, you should have initially created your paths with the Pen Tool or Pencil Tool instead of the Brush Tool. This would have ensured the paths only had a Basic stroke, i.e. no Brush applied. Then when you applied the Blend, Expand wouldn't have been greyed out.

Since you already applied the Blend on brushed paths, to fix it you can enter the Blend in isolation mode, select each path, and change them to Basic in the Control bar along the top. Exit isolation mode, and now Expand will no longer be greyed out.

Not the answer you're looking for? Browse other questions tagged adobe-illustrator shapes stroke workflow blending or ask your own question.

0
How to overwrite brush "texture" with single color in Illustrator CS6?
6
Best practice to track procedural image creation?
1
Cut out stroke from objects beneath
4
The pros and cons of using the appearance panel to create complex shapes and strokes in AI
9
Illustrator: create four double sided arrows to form a circle
0
I have a set of blended lines, how can i make it into a vector shape?
0
How to "finalize" a blend (blend tool)
1
Illustrator: Expanding Blended Strokes
4
Illustrator - how to create area with evenly shaped bumpy outline
4
Apply clipping mask on strokes