Why does using additive blending with a linear colour dropoff result in dark fringes?

I'm developing a tool which allows for placing of lights in a black space, but when 2 lights are close to one another the areas near to where they overlap appear to darken: 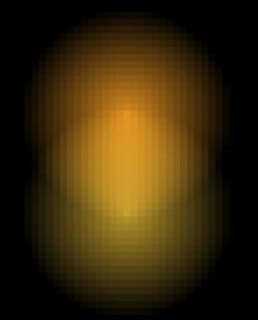 I was able to reproduce this using Krita by using a brush which drops off linearly with distance (a modified default "Airbrush Soft"): 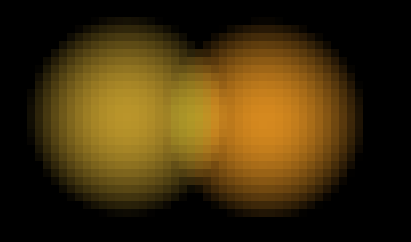 The brush size is 25px and the two colours being used in this example are #d78a1f and #bb962b.

When using a non-linear softness the effect isn't present however the orange (on the right) appears to "bleed" through and be more visible than the yellow (on the left hand side of where the two colours meet): 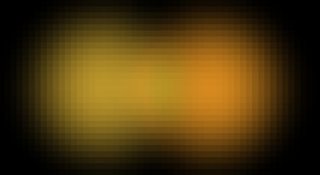 Is there a name for this apparent darkening, what is the cause and how can I mitigate it?

EDIT I have got 2 answers based on my Krita example which have helped me resolve the issue, but don't explain the exact cause. The Krita example is only a way to create something which resembles my problem shown in my 1st image. In my application there's no transparency.

This is done for each image pixel for each lamp and then all of the values are added together in my program. 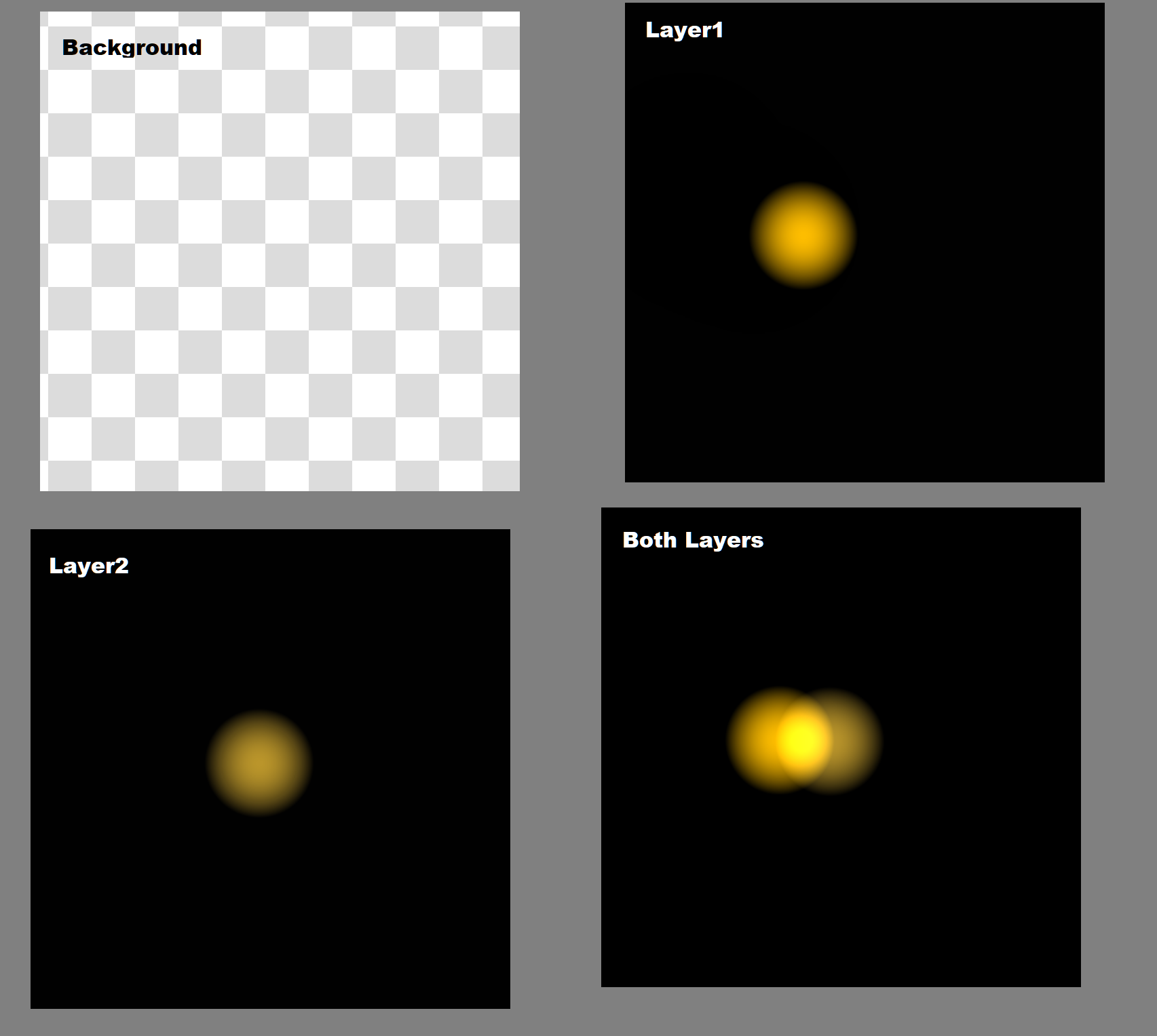 Layer 1 and layer 2 are both opaque. Their color is solid black, each with a circle drawn on them. When the RGB values of the layers are added pixel by pixel we still see those dark edges.

It looks like this has something to do with using the "Soft" mask option in Krita. I tried to replicate this in other applications such as GIMP and Photoshop, but failed. So, it seems to be a peculiarity of Krita's brush engine. As for the reason, perhaps reach out to the Krita developers. I suppose it will depend on the maths that lies behind the implementation of Krita's brush engine.

There is a way to mitigate it though. Instead of using the "Soft" mask, choose "Gaussian". 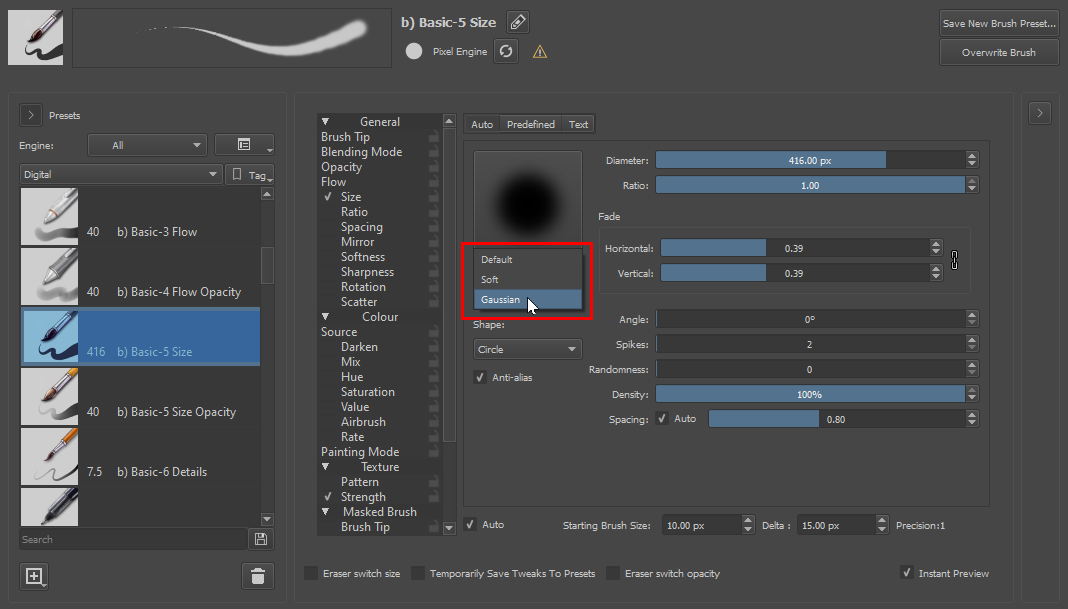 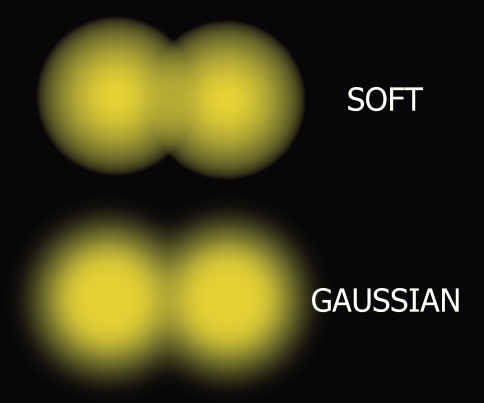 ADD1: This elementary transparency thing isn't the cause, see ADD2.

Dropping linearly = increase transparency linearly. You expect that at some point, say at 50% point of the slope the brightness should be full 100 % if there's in the same place also a 50% point of the lower light layer.

But it isn't. If the lower layer is also 50% transparent there can be seen some black through. The total brightness is only 75%.

See this image which has black in the bottom and 2 full white layers: 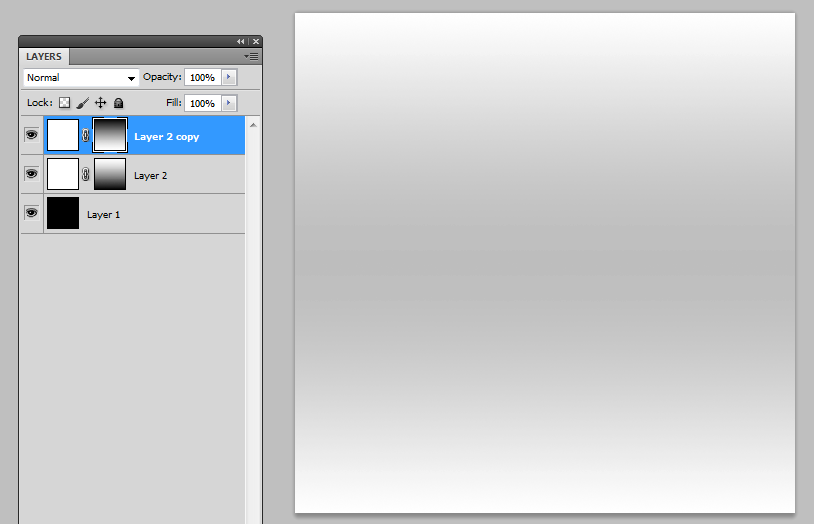 The top layer was made by duplicating Layer 2. The layer masks of the top layer was inverted after it. In the middle there's a darker zone because brightness isn't 100%, no matter the sum of white layer opacities is everywhere 100%.

Blending modes are = normal. Changing them to Add cause nothing as you can calculate if you want.

Your lights should be opaque gradients from bright color to black. Then they would work with blending mode Add as you expect. See this example: 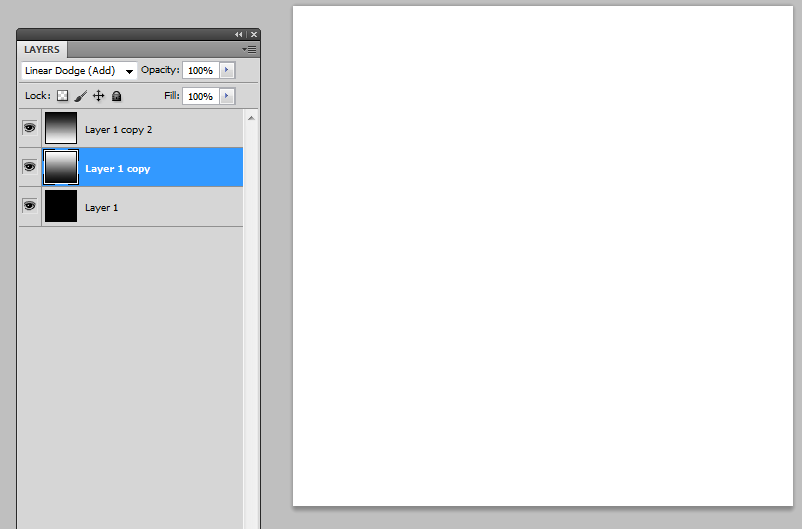 The top and mid layers have both blending mode= Add. Both layers are opaque. The top layer = the mid layer inverted.

ADD2: Your edited demo starts to work properly in Photoshop if you change to 32 bit/channel color mode. See the next screenshot: 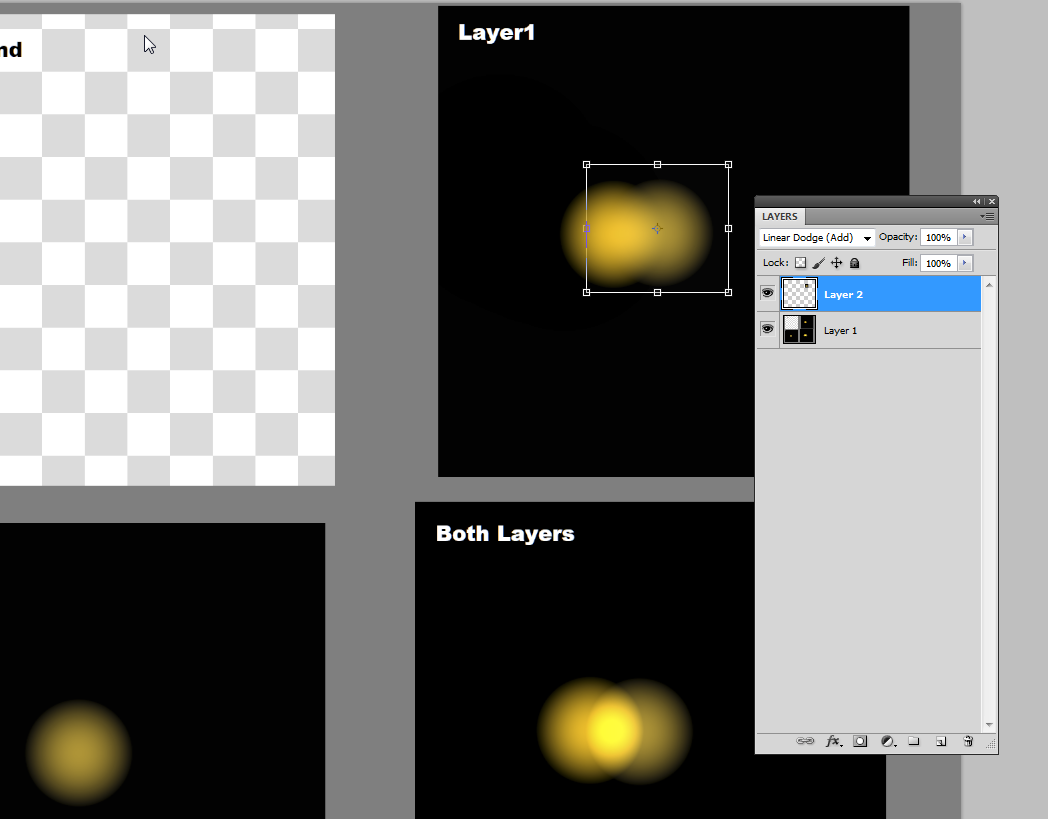 A little resembling case with Photoshop gave an idea that "gamma" has some role also in this case. Experiments with Krita brought the light. The problem really is caused by the gamma property of the used RGB color space. Color mixing with the usual non-linear gamma generates darker results than one expects. Linear gamma (=1.0) hasn't that problem.

In Krita you have plenty of options to select from. You can select a version of sRGB with linear gamma. Krita recommends to use also 16bit color depth for acceptably dense set of available colors; 8bit integer/channel with linear gamma can cause banding in well visible colors.

In the next image a copy is made of your layer 2 and it's placed on the top of the layer 1, blending is Addition. The image is converted to linear gamma RGB color space with 16 bit/channel depth. The problem vanished.

In your program you should calculate the color mixing in linear gamma colorspace. I am not a competent mathematician, so I cannot give any ready to use equations. Sorry. I guess you should convert the compensated RGB numbers before the weighted addition with high enough calculation accuracy to avoid generating artifacts.

You are making the naive assumption that color is linear. Its not there is a complicated transform on top of your color values. What does it mean that color is not linear. It means that 0.25 + 0.25 is not unexpectedly 0.5 likewise 0.5+0.5 is not 1.0.

This is kindof suprising but true. Its not really shameful to make this assumption even top tier early graphics and rendering programners took several years to figure out that the reason their renders looked wrong was that they had neglected to account for this. It took software vendors even longer, several decades in fact. So by the time we generally realized there was a huge problem in how we had done graphics many, many people out there that relied on "wrong" ways to do it. Heck, adobe still renders a buch of antialiasing scientific objectively wrong but we are so used to it nobody notices.

As a result it is somewhat unsure how things should be done.

In fact, we do a combination of all of these things, there are lots of upsides of each method. The entire situation is so messed up that you cant even say that one way over the other is more correct. And correct from what viewpoint. So if you want to know why krita does what it does read the source.

So this leads to the question is linear dropof making the assumption pixels intensities are linear or not? And if should it or not. In a drawing application it probably does not matter. But in your simulation you should account for this unless you want to have the same problems as 1990-2010 3D graphics.

Not the answer you're looking for? Browse other questions tagged color brush blend-modes or ask your own question.

4
GIMP: what are the 'linear space' and 'perceptual space'?
1
How to get rid of weird black borders in Krita?

2
How to rotate colors correctly
1
Is there 0-255 color standard?
13
How do I convert a red color scheme to a green one without making it look "brighter"
0
Should a Hex value match its RGB value in a Brand Guideline document?
0
Indesign: Why are my objects suddenly transparent/blending colour?
4
Pantone troubles
0
Stroke path with brush from bottom to top
0
Reading a CSV file to create 10 x 10 px pngs based on the rgb values in the CSV document
1
How to correctly save a file to CMYK and PMS formats?