How to clean/smooth a low resolution in photshop?

Does photoshop have a tool or technique to clean up images such as this?
I just want the edges to be clean or at least a little cleaner. 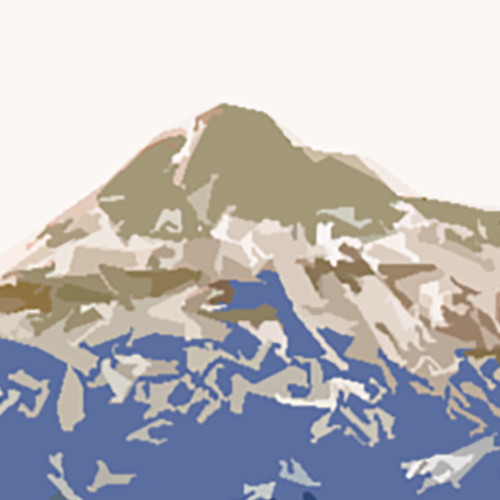 I don't think a perfect result is possible, but maybe this will do. 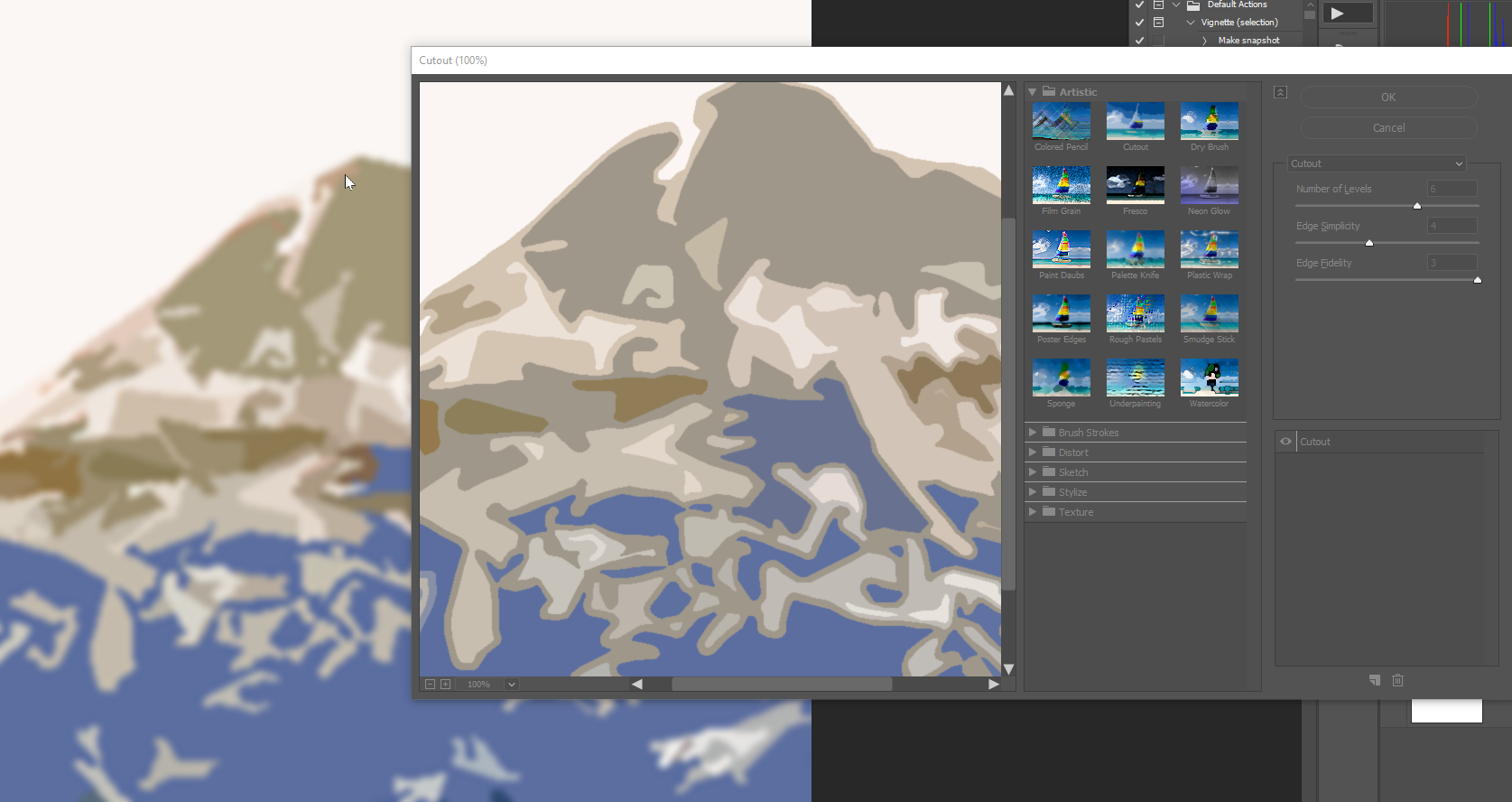 Due to the nature of the image (hard edged, cut-out, impression) I would auto-trace this in a vector application. The result could then be moved back to a raster application at whatever resolution you need. If not kept as vector to maintain quality.

This is Adobe Illustrator CS6's trace... but most vector apps have a trace function. In addition, there are free web sites that will trace for you. 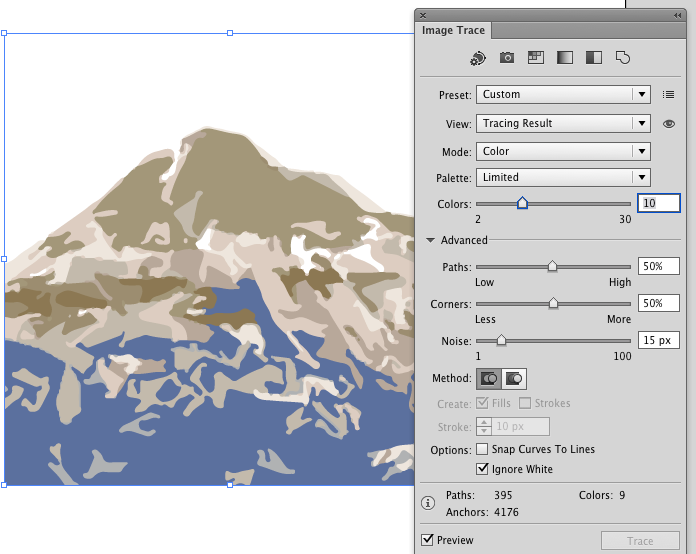 Since the result is vector and object-based, one could very easily then "tweak" colors as necessary. For example, the original has a very subtle background above the mountain. That's hard to pick up in a trace, but amazingly simple to adjust after the image has been traced.

The third way is to use an image enlargening program. It increases the pixel resolution - not like image resize in Photoshop, but trying to guess where should be a sharp border or a thin line.

The left half of the image is your original, the right half is enlargened with Smilla (freeware). 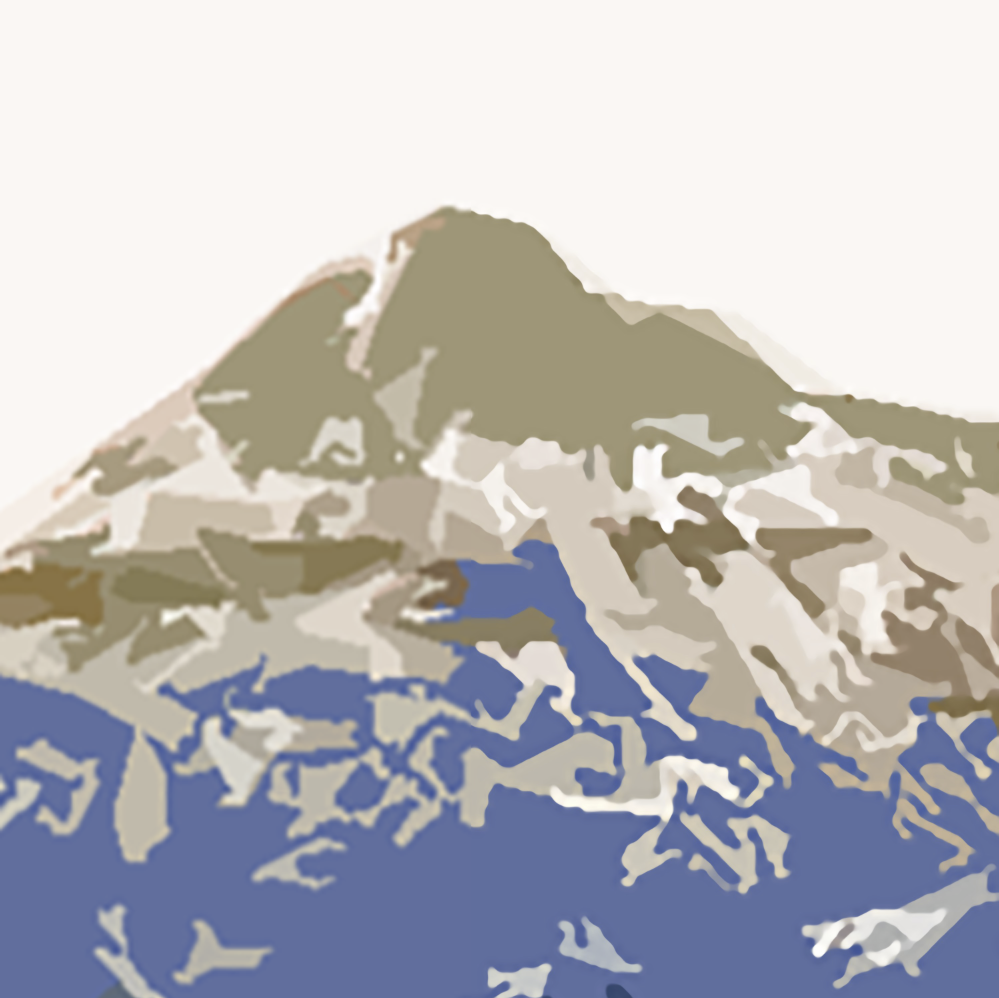 About the result: The program hasn't removed colored areas, there's no new flat colored zones at the fuzzy borders and the geometric forms of the borders look quite the same as in the original.

The only harm is that it's not Photoshop. Several commercial image enlargening programs are available as Photoshop plugins, but as said, Smilla is free.

ADD: The enlargened half of my screenshot still looks sharp although it is scaled down to the same size as the original image half. I guess a part of the usharpness was blur which is caused by something else than low resolution. That gave an idea to try sharpening.

In the next image the right half is aggressively sharpened and the left half is the original: 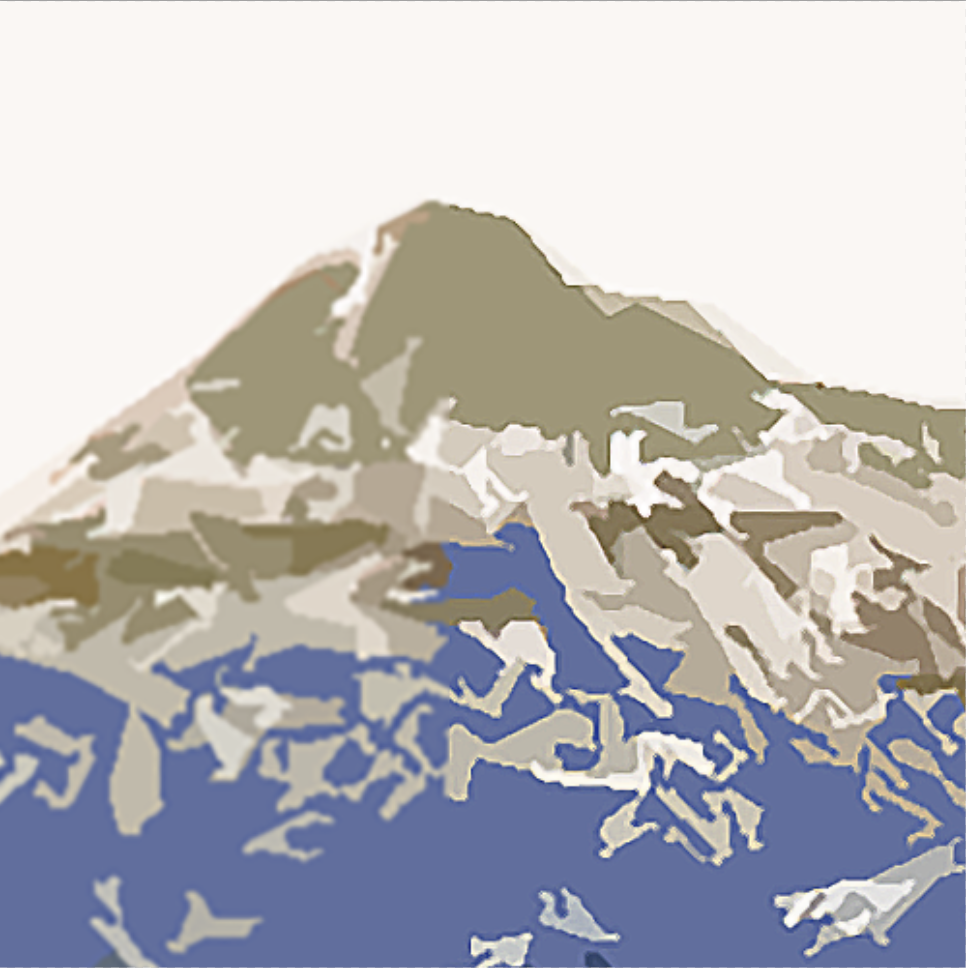 The right half has got in Photoshop 3 filterings:

This is in Photoshop, but the edges have clearly got something which is typical for sharpening. That didn't happen with elargening.

Krita and GIMP (freeware) can use G'MIC filter package as a free add-on. I tested its sharpening methods. Some of them fitted well into the existing blur and the best result was somewhere between Photoshop's sharpening and what's got with Smilla enlargener.

5
How to isolate the text from a bitmap logo?
2
How to get smooth transitions between colors while keeping sharp edges?
0
Best and the quickest way to place variable sized photographs into canvas with no gaps
0
Creating a clean bevelled edge around an image
0
How to make crips and smooth icons from downloaded png?
1
smooth edges when removing background
0
Photoshop: how to clean up edges from overlaid image
0
How to smooth a simple shape in Photoshop