I wonder how to make a 1-to-1 mapping between the 3D RGB color-space and 1D visible light wavelength (nanometers)? I have shown their images below: 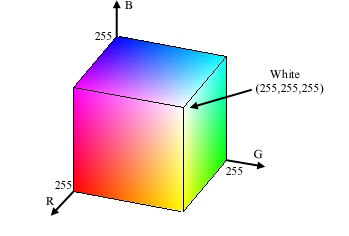 I mean if I want to know what is the RGB color that is equivalent to 450 nm wavelength on spectrum or 550 nm or 600 nm then how would I do that calculation? Similarly if I have a color in 8-bit RGB space for example (10, 100, 200) then what wavelength it corresponds to on the visible spectrum?

Any approximate look-up table can work for me as I know its not an exact mapping.

You can not since there is no one to one mapping. What you see on a monitor is three bumps on the spectral distribition. There is no color that your monitor displays that matches any of the wavelengths, only approximate to approximate conversion is possible even so many colors dont match anything. 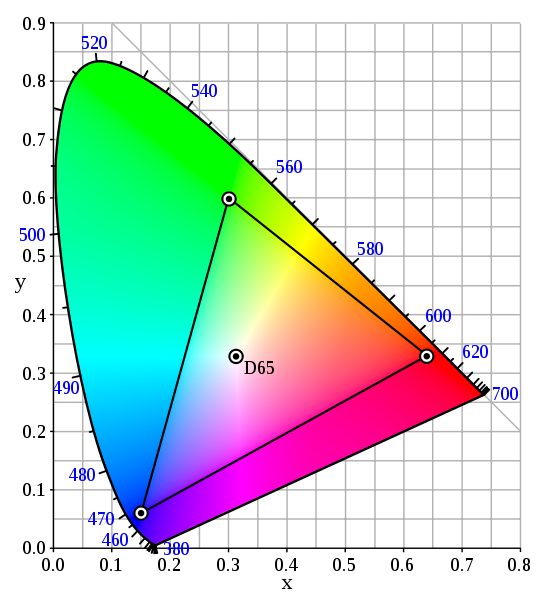 Your under the assumption that color and wavelength is somehow the same thing. This is a common misconception. You have extrapolated a very simple explanation of how a rainbow is created from a prism. The exact incorrect conclusion that this is also true in reverse, its not! Its only one possible reverse out of untold combinations.

But the reverse is not generally true:

Simply different wavelengths are lumped together into a 3 signal source. THere is no way of knowing what the original wavelength was. Because:

So as a result our imaging applications don't record the wavelength data because that would explode our memory consumption its also dis interesting. So you can not say what wavelength is in a image if you put a filter that removes all wavelengths above some threshold. Since you don't know what wavelengths the image had in first place.

This is good, otherwise your monitor wouldnt work.

The questioner has done a major mistake. He thought that a color is equivalent with a wavelength. It's not. Color is an experience that a person has when the light sensitive cells of his eye get some light. Usually people have three type of light sensor cells which are most sensitive at three different wavelengths.

All three sensor cell types generate some nerve electricity at all visible wavelengths. So, it's well possible that the same combination of the three nerve stimulations is got with infinite many different light spectral distributions.

For example we can have pure yellow single wavelength 589 nanometer Sodium (=Na, Natrium) light. It's actually out of the range of RGB displays but if you mix with it a little white (=all visible wavelengths together) you can generate a bright yellow which is possible also in RGB.

But RGB display has nothing with wavelength even near the Na yellow. You still can make bright yellow by having R and G channels ON in the display. 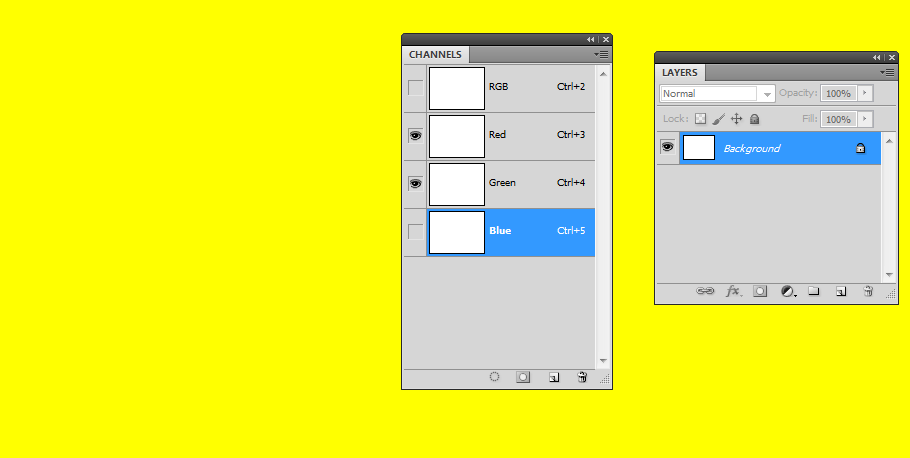 (a full white image, the blue channel is closed)

Red and green together stimulate eye cells nearly in the same way as Na light alone.

That makes RGB displays able to create a good part of possible impressions of color by sending a combination of three single wavelength or at least narrow bandwidth light.

It's no use to test light filters with RGB screen colors, you need a method to generate much more than three fixed wavelengths to see how much a filter attenuates at a given wavelength. With RGB you can get the attenuation only at those three wavelenghts that an RGB screen produce.

One way to create such variable wavelength light is to split sunlight or the light of an incandescent light bulb with a prism to a spectrum (like the rainbow) and check what range of the spectrum can be seen through the filter. Making comparisons it can even be measured how much different wavelengths are attenuated (no photoelectric equipment was in use when scientists learned to make on comparison based measurements with early photometers)

Many light sources such as fluorescent lamps and leds (and RGB screens) have gaps in their spectrum and that makes them useless. Only daylight and incandescent bulbs can be considered to have accurately continuous spectrum when only easily available light sources are taken into the account.

Not the answer you're looking for? Browse other questions tagged color-conversion rgb color-spaces maps or ask your own question.

3
Indesign RGB color space
0
Color space term? (RGB / I values)
5
Antonym / opposite of Pastel Color Space (Color Scheme?)
1
Is there a printing press that can print a book directly from the RGB space?
0
How to convert RGB to CMYK color code?
2
Overlap RGB values to produce a single color
2
Can monitors show colors outside of RGB space?
1
Gray values different between grayscale and RGB color modes?
0
Converting colour space to RGB