How to make an object black and metallic? 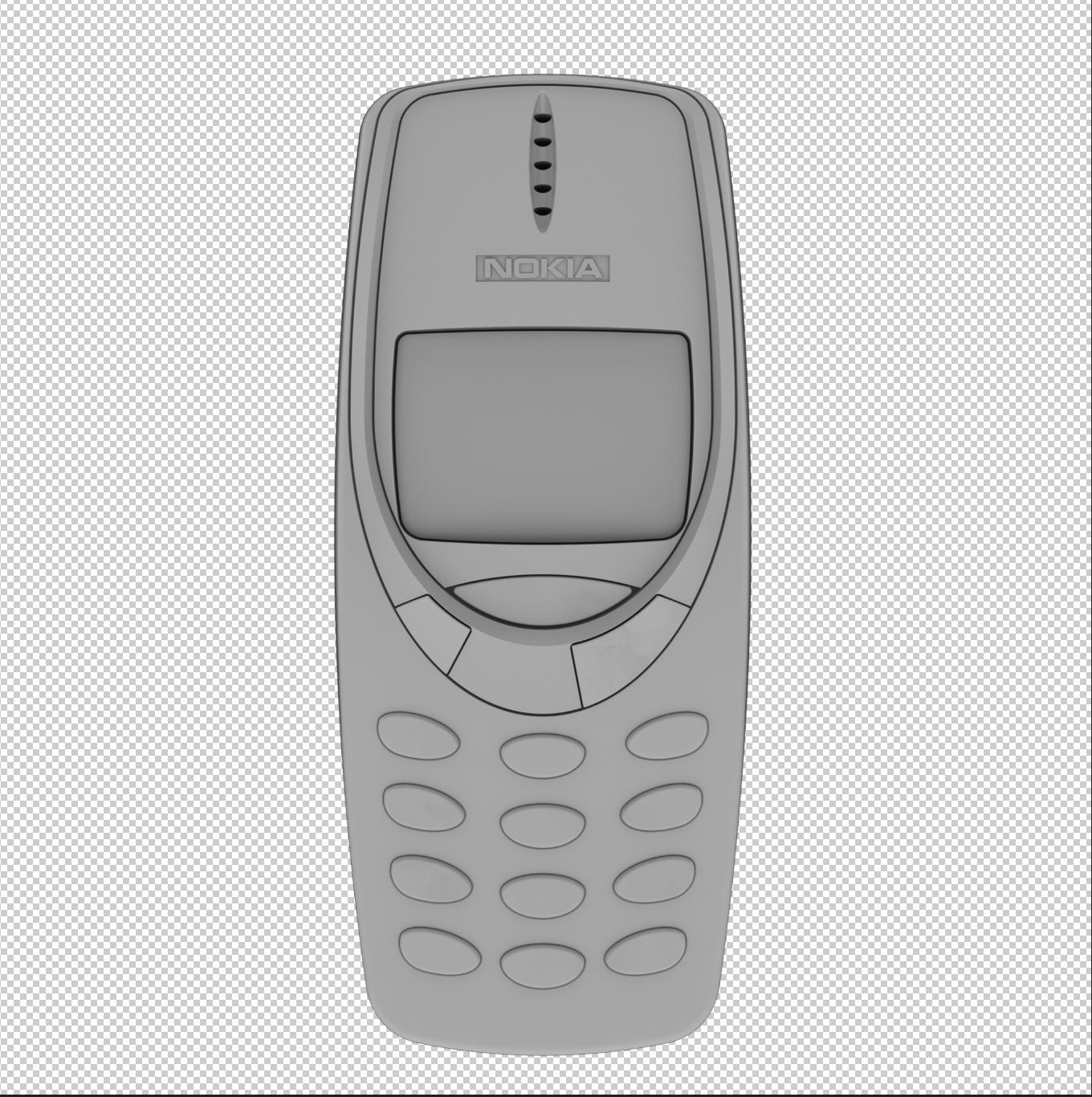 I had a play with the 3D panel but not no avail.The object itself is not 3D, I was just hoping I could map a black glossy effect.

That kind of gave it this feel... 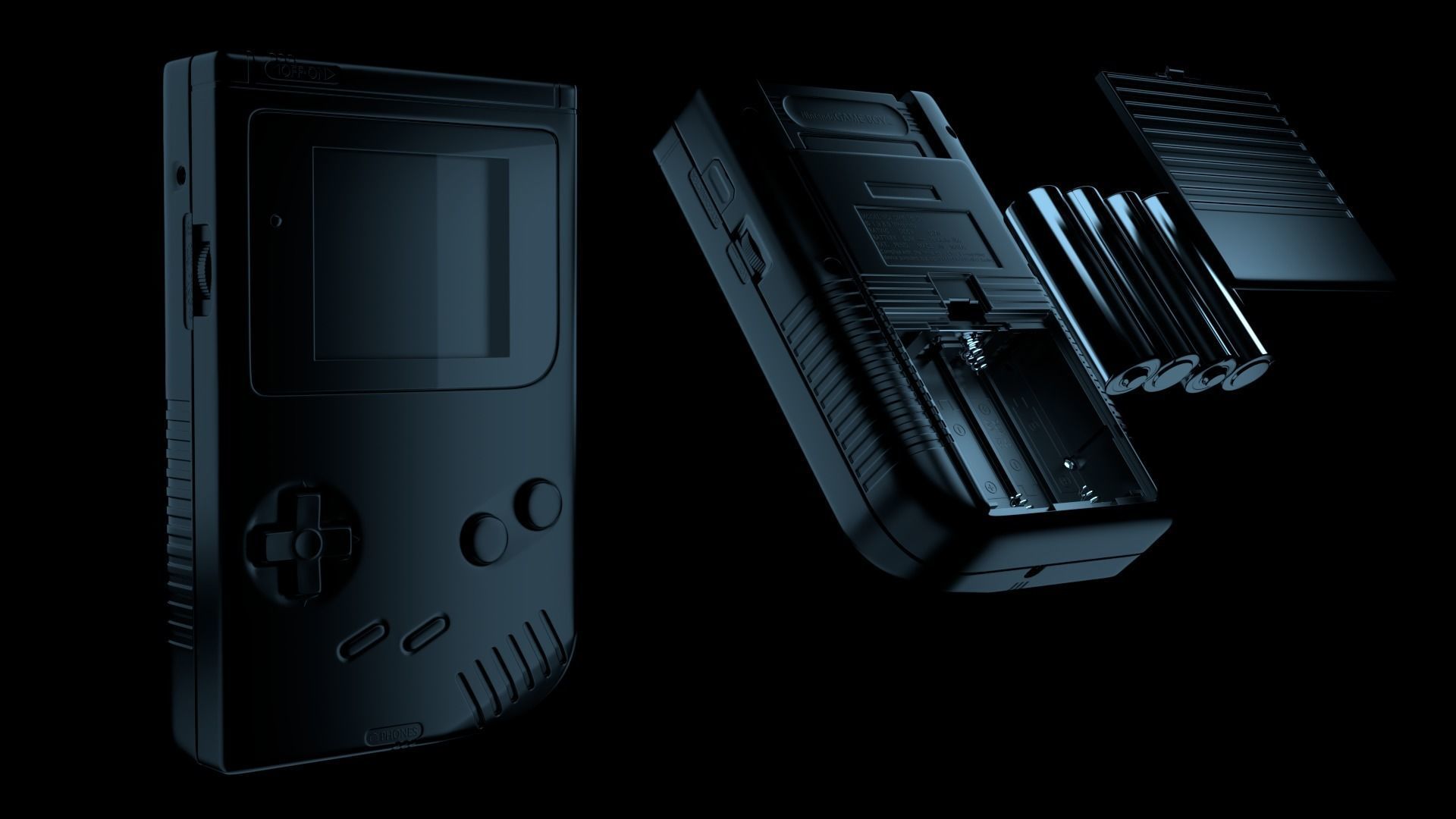 In your example the batteries are the only really glossy and metallic looking thing. The devices have quite matte surfaces, only some faint gloss can be seen here and there.

The batteries reflect the environment (lights, black items) their own color isn't visible.

Your phone image is very flat. To make it glossy or even a little more shaded than full flat you must generate fake light reflections from the environment.

Start by converting the image to RGB mode for more intuitive light adjustment directions. I also applied Redfield perfectum filter plugin to reduce the harmful JPG noise without making the image blurry. I guess you have a version which hasn't got the punishment that Imgur gives to attached JPGs

The phone has some very mild grey gradients They have so few brightness steps that it's useless to try to amplify them to get the glosses. The glosses need an inserted gradient or painted pattern.

For the gloss pattern insert a new layer. Make a selection with the phone and insert to it a multistop grey radial gradient between 25% and 75% brightnesses. Be careful with the selection. Its edge must be smooth and sharp or the result will be crappy. Refine the edge: 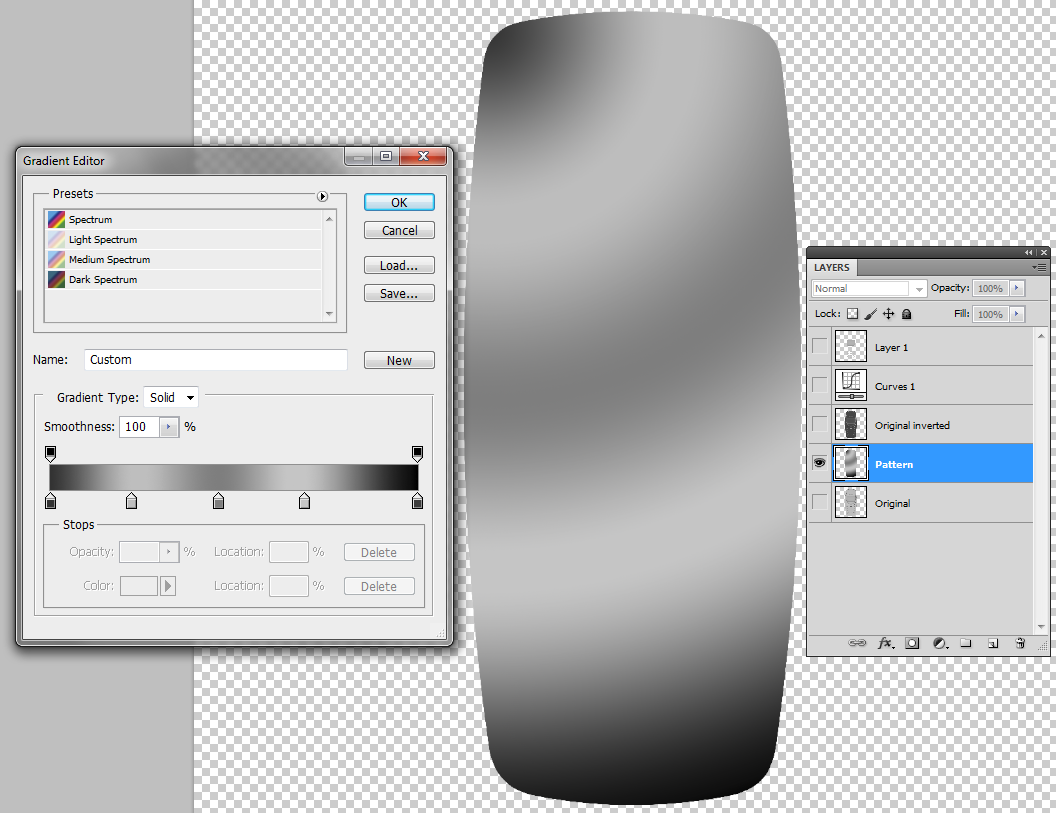 The gradient presents the environment. It must not have anything which obeys the main lines of the phone, because in that case getting it right would be very difficult, only a talented painter could do it.

To keep the features visible under the light variations they must be dark where the light is bright and bright where the light is dark. One way to get it is to insert an inverted copy of the original phone to a new layer and let it have blending mode =Difference: 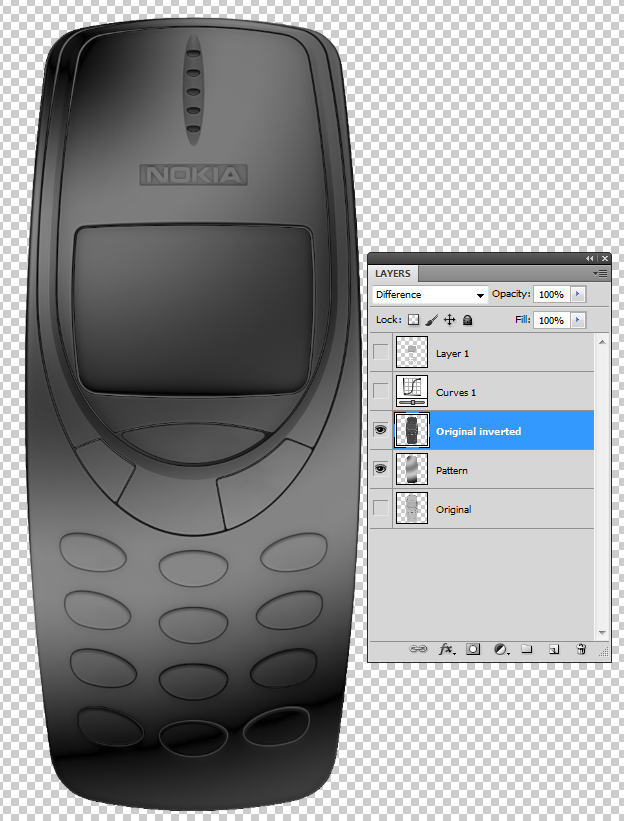 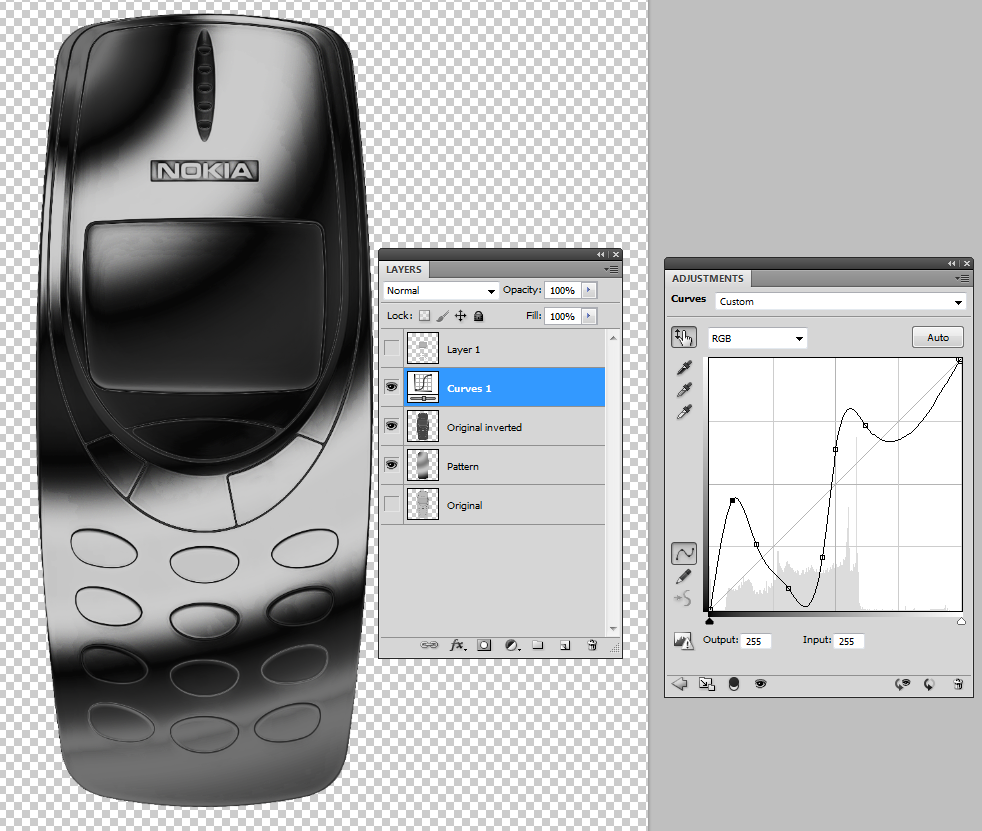 Adjust also the opacity of the inverted phone layer. It affects the result radically.

The display and buttons copied from the original and pasted on the new top layer can make the result more plausible. Here the blending mode = normal, the opacity is reduced to partially keep the light variations: 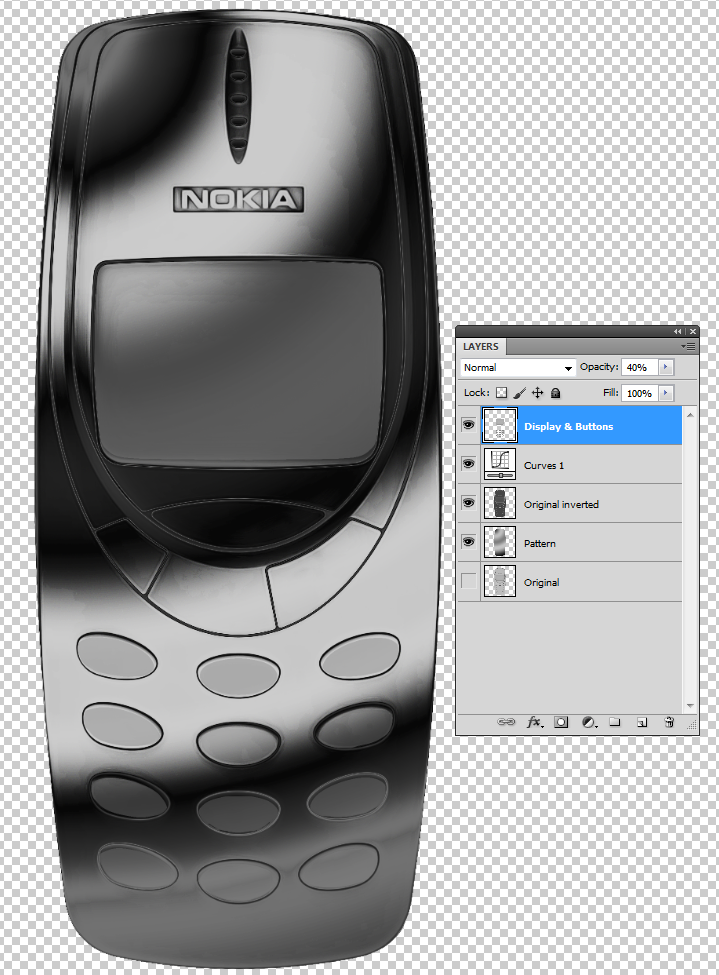 If you are going to insert this image to something its layers should be merged or more preferably make a layer group to keep the effect of the adjustment layer inside the group. It's useful to keep the adjustability for different backgrounds.

The next version isn't black, its extreme chrome. Its adjustments are a little too much for resolution this low and for 8 bit color depth. But it can give an idea what's possible with higher resolution and bit depth. 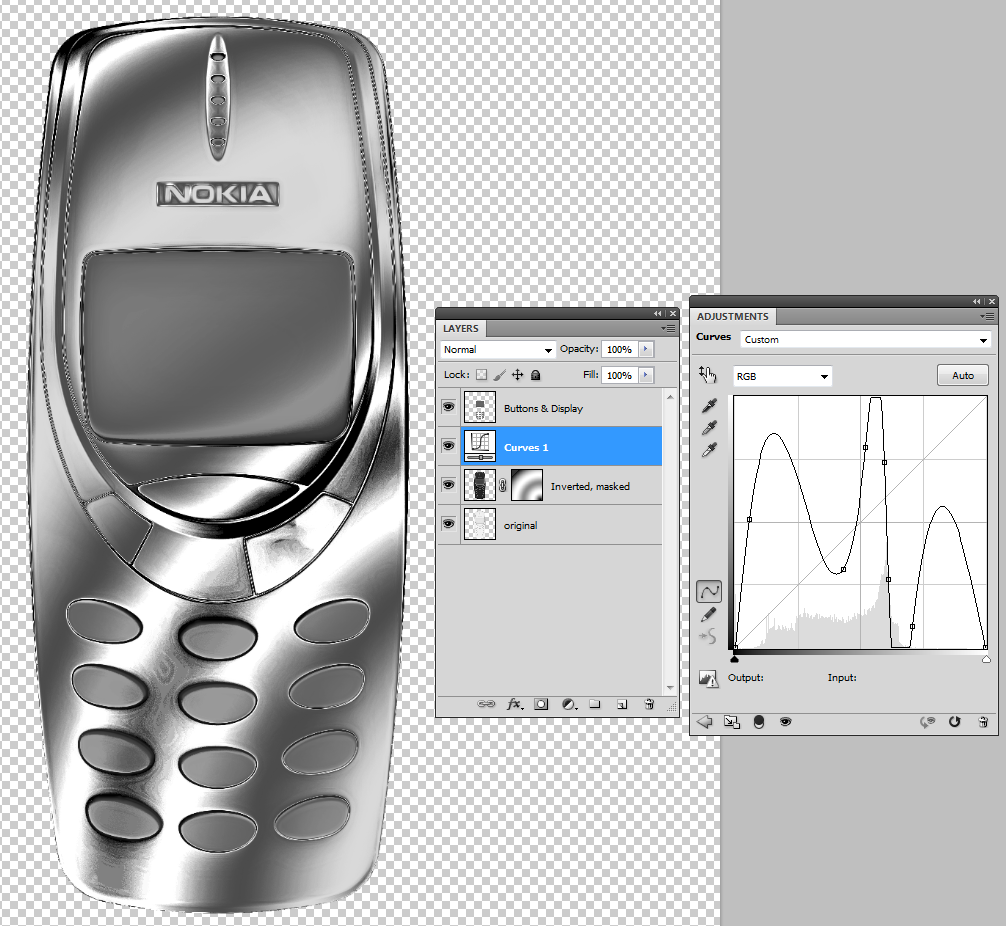 It has on the top partially transparent display and buttons to make possible extreme effect on the body.

There's again the Curves layer to make metallic partial tone scale inversion. The gloss gradient is used as layer mask. It changes smoothly between the inverted version and the original version of the phone.

First of all, understand the diferent elements of a material. Take a look at this post:

Prototype Visualization: How can I learn to render glass convincingly?

How to paint this bottle glossy?

Now on your image.

The image you have is a 3D ambient oclussion render. Is very specific.

But let's play with this.

1. Understand the shapes and mask them.

Not only separate the materials, but also the main 3D shape, convex or concave. 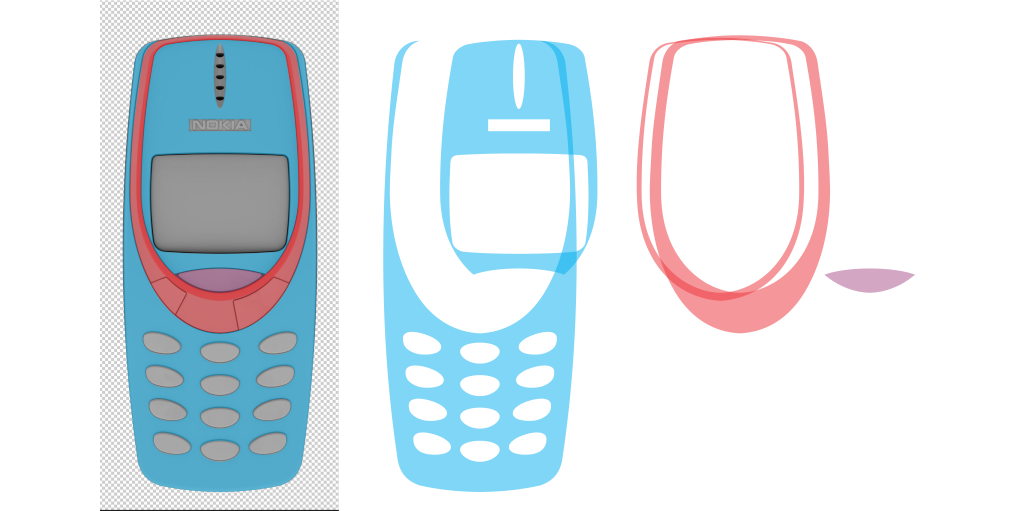 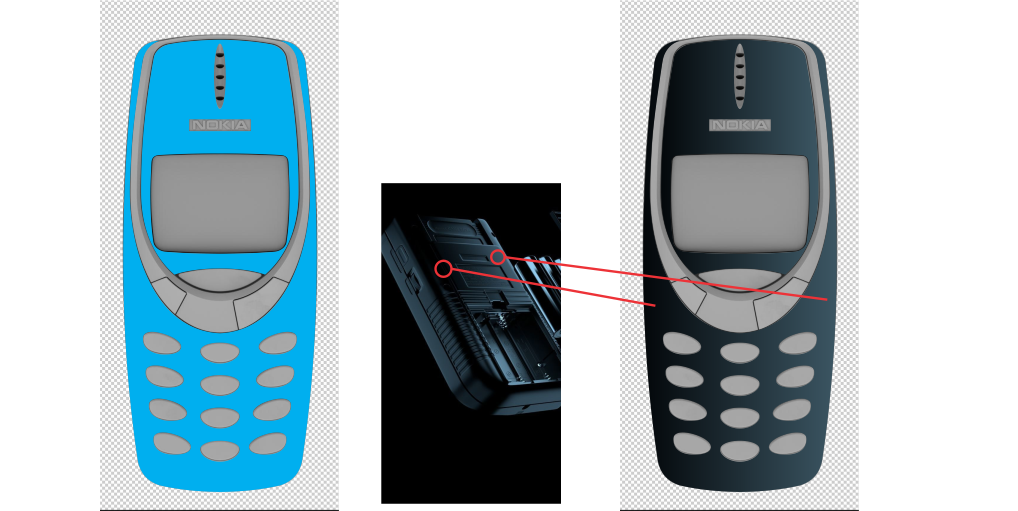 3. Invent your own gradients

If you want a more "illustration" aproach. 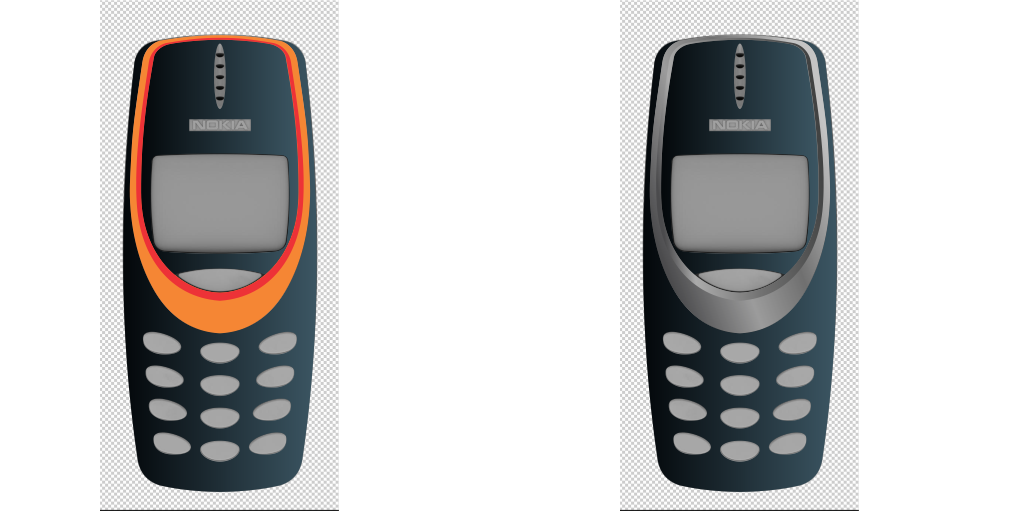 4. Add a white transparent gradient as a reflexion

On the left side I tinted on red so you can see how it is applied. 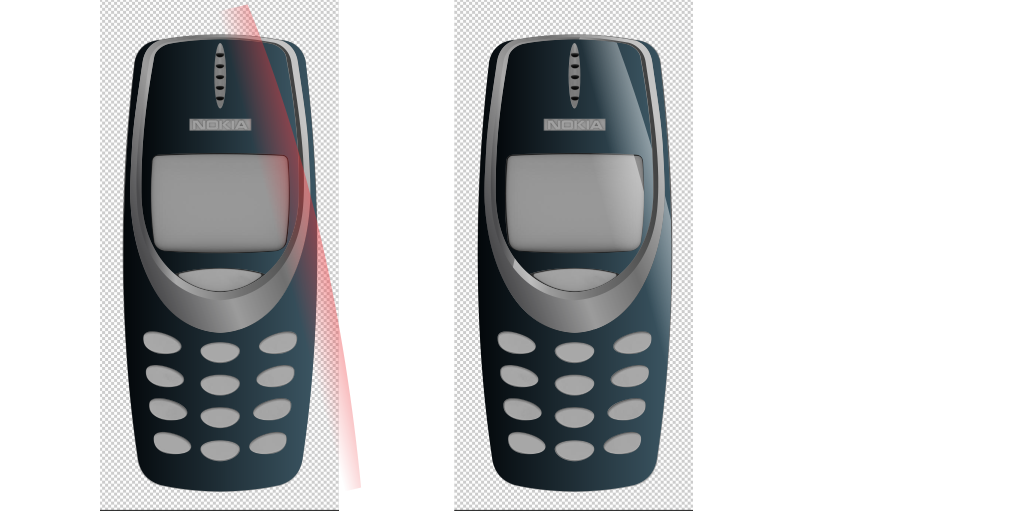 5. Add a more contrasted version of the original image

And change the blend mode to multiply, this way you will add details and shadows. 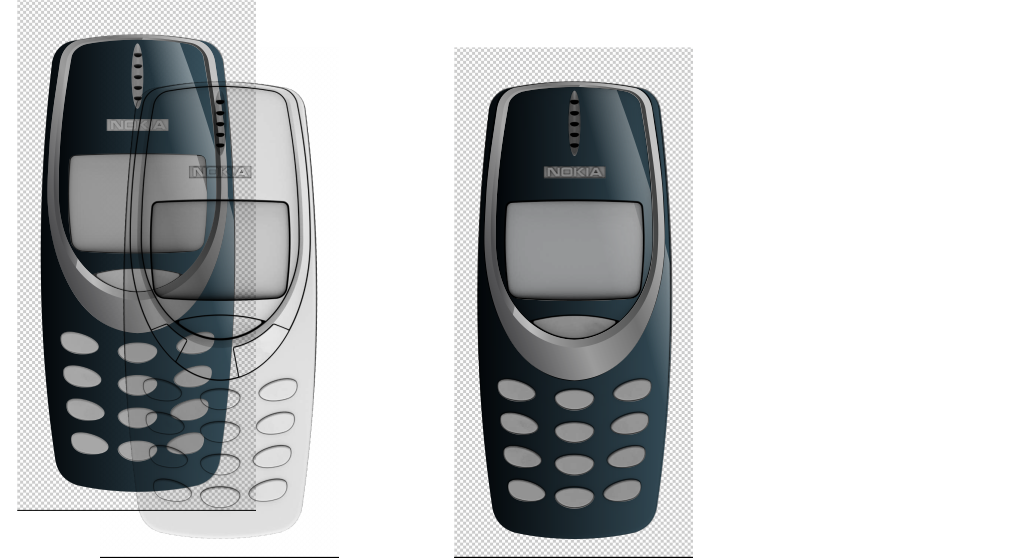 13
Prototype Visualization: How can I learn to render glass convincingly?
7
Illustrator: How to create realistic reflective gold surface?
1
How to paint this bottle glossy?
-4
How do I recreate the type part of this image in illustator?

0
Lost Smart Object changes?
1
Replicate the Invisible Black Background on Photoshop
2
How do I make an image look dark in Photoshop?
1
Create an image from multiple overlapping image parts
0
How do I do this recolour and effect
2
How to make a liquid metal effect
2
Extracting a net-like object with many holes
1
Removing black background on slightly transparent object in photoshop