How do I enhance the text from the back side of a scanned page?

I was reading the post and solutions over at: How do I convert images of a page of text to pure Black & White and sharpen the text?

Can ya'll give me some pointers? Here's the image. (This is part of a class I'm taking for digital forensics, and I wanted to see if I could glean some text from this document I recovered.) 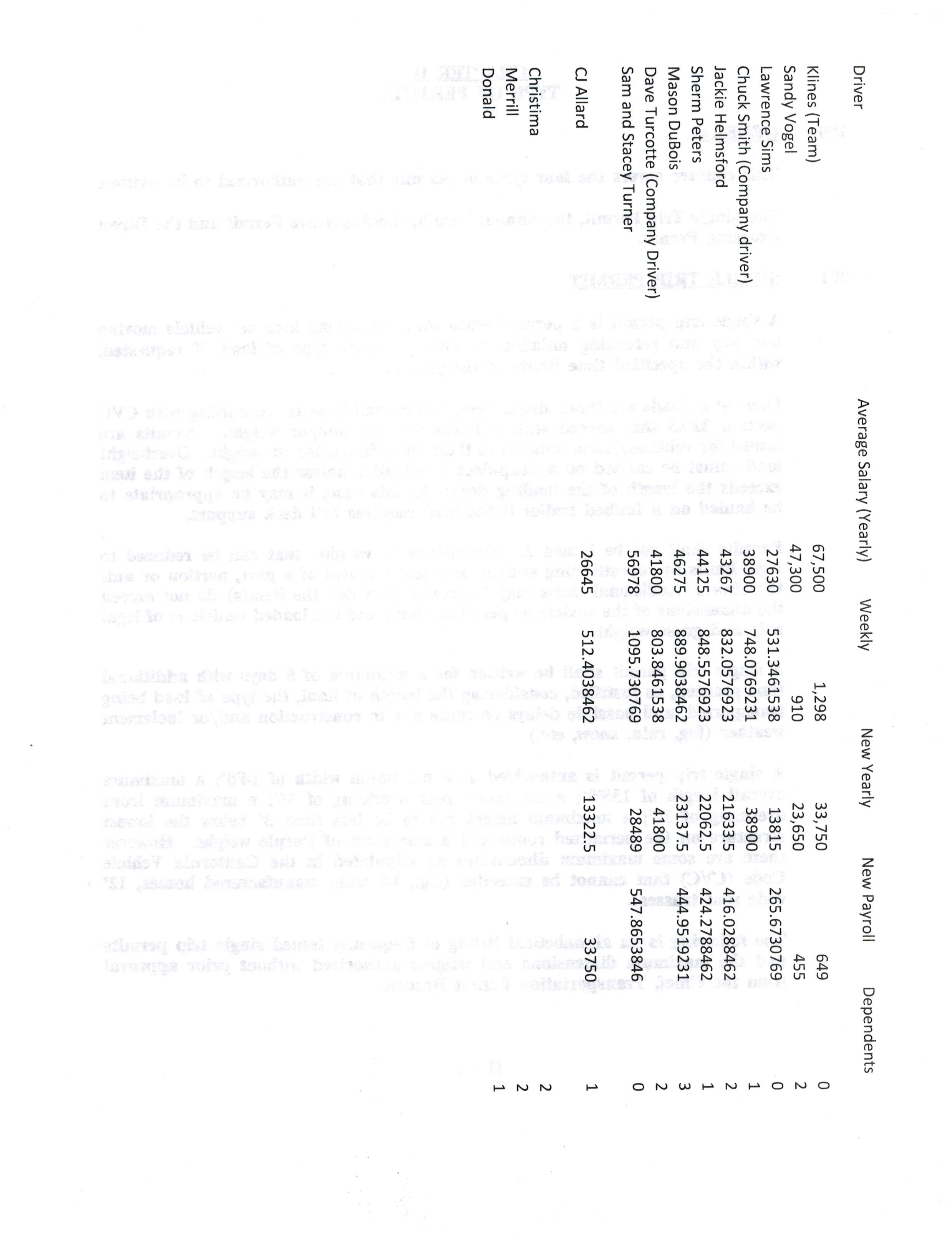 In photo editors such as GIMP or Photoshop you can apply Curves to increase the contrast: 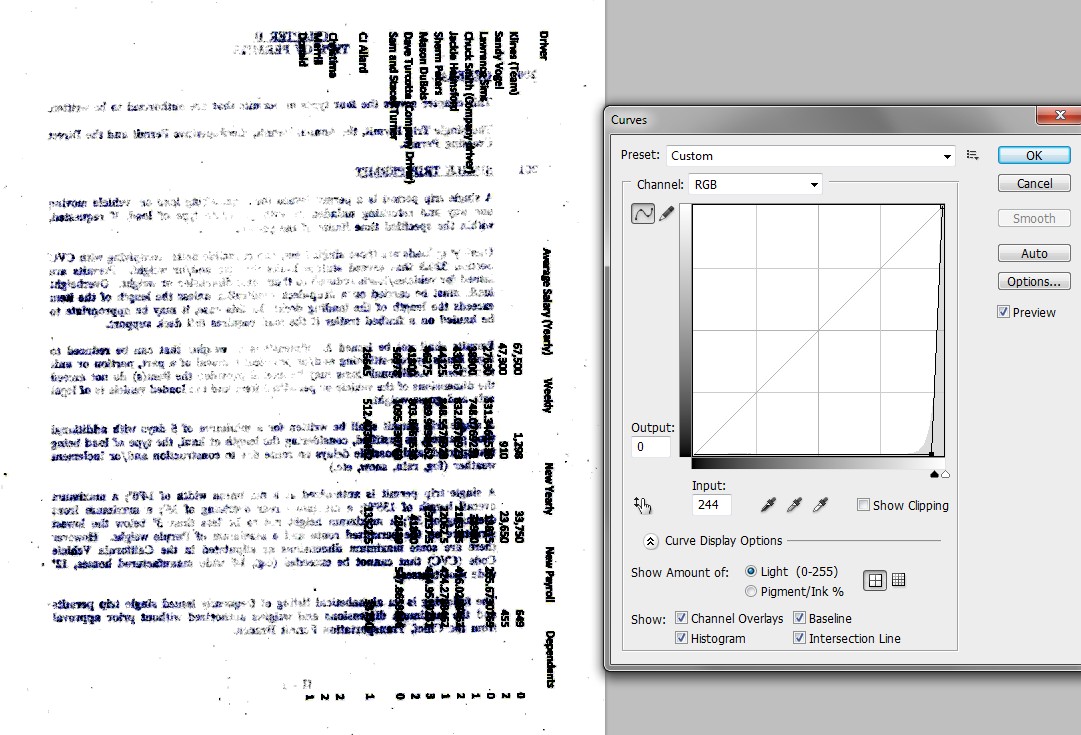 This is from Photoshop, but GIMP has the exact equivalent.

Then you can flip the image horizontally to remove the mirrored effect: 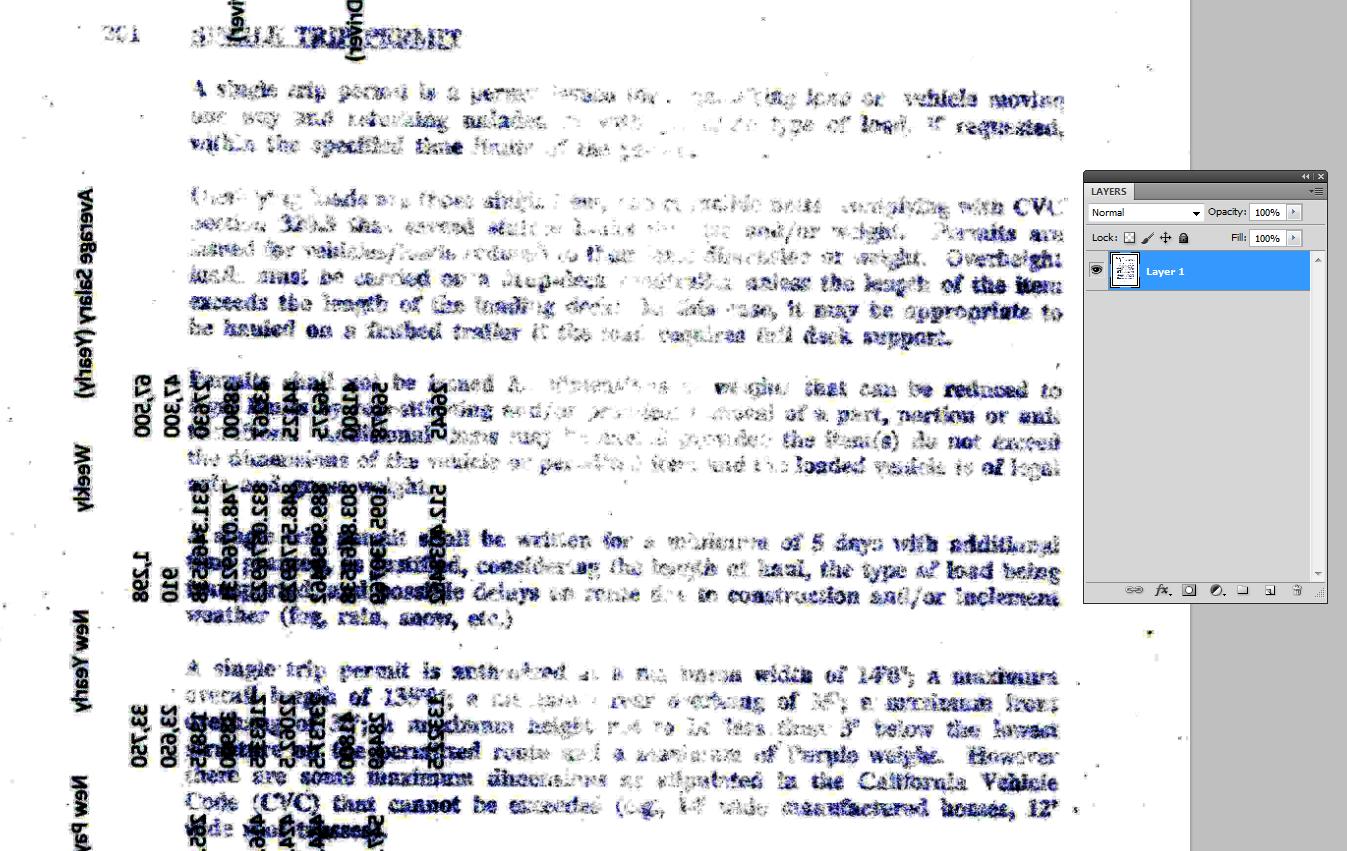 As you see you can read a word and maybe even occasional sentences from here and there, even if all letters are not well visible. In other places you have no idea what the jumble has originally been. If there's enough left of the text the rest can be guessed quite reliably. One can exclude impossiblities by using his knowledge what is relevant in this context. Unfortunately it doesn't help with numbers and other non-redundant parts.

You wrote in a comment you found the full document which is behind the scanned sheet. That at least should make clear that automatic recognizing badly detoriated texts must be based on artificial intelligence which tries to guess as large chunks of the content as a whole as possible. You guessed the document on the backside and recover 100% of the content. The possibilities of image editors stop to my attached images, but intelligent processing based on astronomical amount of stored knowledge brings much further.

Do not assume an automatic software which could make the same finding as you is freely available. Google and intelligence authorities can have something resembling. Advanced pattern matching must be backed by an access to an ocean of collected data.

You can "enhance" pixels that aren't there. There's practically nothing to work with. The best you can do is bump up the contrast, maybe put a High pass layers to condense the pixels. Beyond that, I'd say it's a lost cause.

4
How do I convert images of a page of text to pure Black & White and sharpen the text?

3
Editable two side text
0
Purple text on dark background too blurry when uploading to facebook (saved as png)
0
A way to enhance scanned image with a low resolution photo?
3
Lifting one side of text - Illustrator
1
clean up the background for scanned document
6
How to combine (partially scanned handwritten) comments from multiple sources into the original pdf?
4
How do I convert images of a page of text to pure Black & White and sharpen the text?