How to adjust the stroke width of an SVG path between two specific nodes?

I'm slowly understanding how to edit paths, objects and nodes of SVG files in Inkscape. Right now, I'm almost done with an arrow loop I'm trying to create. It looks like this: 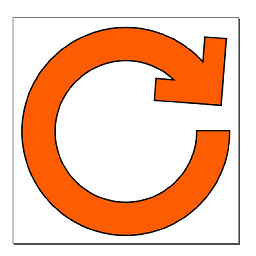 This is now a path. The only thing I'd like to adjust, is to remove the black stroke between the nodes at the start of the loop (on the right). So it would only have an orange color at the top of the horizontal segment. In other words, I would like it to look like this: 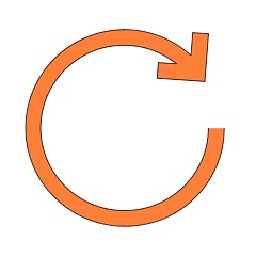 I've tried learning from this question, because I suspected it would be useful. However, I'm not sure how to view and select the arcs between nodes. When I click on the “edit paths by nodes” option, I can only see the nodes -- not the arcs. I've also tried to apply the ideas from this video, but when I delete a part of the path, I get a new boundary with the same stroke width as before.

Question(s): how to adjust the width of the boundary between two specific nodes on a path in such a way that it becomes invisible? Or: how to delete the path between two nodes and make the stroke disappear?

Let's assume your description of your situation is valid. Then your shape should be a single path (=a Bezier curve) which is filled with orange and has a black stroke. The black edge shouldn't be a rendered effect, it should be seen in the stroke and fill panel like in the next image (the nodes are visible because the node editing tool is active)

In the next image the 2 nodes in the beginning of the arrow are selected with the node editing tool andthe path segment between the nodes is deleted. The shape is now an open path but still filled with orange color: 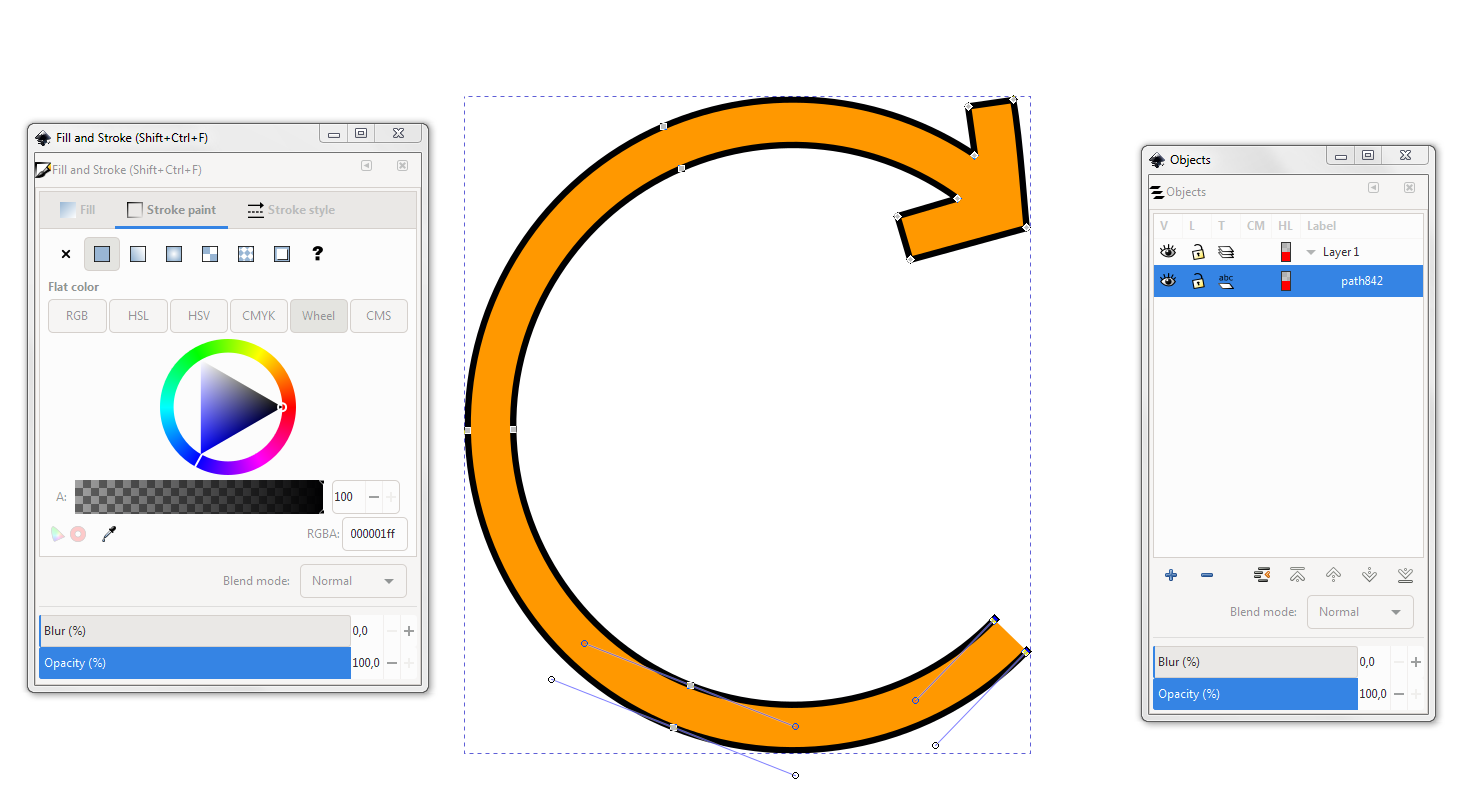 If it happens that the black edge is generated with effects I cannot help. If it happens to be another separate object you should edit it, not the orange parts.

You can see the path if you do Edit > Preferences > Tools > Node, and check the "Always show outline" option.

You can't easily have a path with an invisible stroke on one segment. A path only has one stroke attribute. I mean it would be possible with tricks like clipping paths or masks but you probably don't want to go down that route just yet.

So, with that in mind, the only real option is to select the segment with the Edit by Nodes tool, and hit the Delete Segment button. This physically removes that piece of the path.

This is another one of these basic things you need to learn in Inkscape. I understand your desire to just get things done, but Inkscape has a learning curve, and so do other similar vector image editors. All I can really suggest is practise, do tutorials, repeat. I'm still learning new things about Inkscape myself, and I've been using it for years. The learning never really stops.

38
How to delete the path between two nodes, but not the nodes themselves in Inkscape?

38
How to delete the path between two nodes, but not the nodes themselves in Inkscape?
1
Two points on curved path have a "gap" when stroke width is increased
0
Equalize (reset) stroke width along a path in Inkscape
4
Responsive SVG path without distorting stroke
7
How can I select all nodes of a path at once in Inkscape?
0
How do I delete part of a path between the nearest two intersections in Inkscape?
0
Inkscape's "Stroke to path" produces hole in the middle
2
How to adjust an SVG image in such a way that it is modifiable in QGIS?
0
How to move nodes along another parallel path in Inkscape
1
Add custom points to a shape that has been converted to a path without disfiguring the svg/path